Castle Combe Circuit is a race track in Wiltshire, England, located about 20 miles from Bristol. Opened in 1950, Castle Combe Circuit is one of the many England’s circuits built at the former airfields. For most of its lifespan, the circuit was serving and it serves now as the venue of club racing, without notable racing competitions on it. 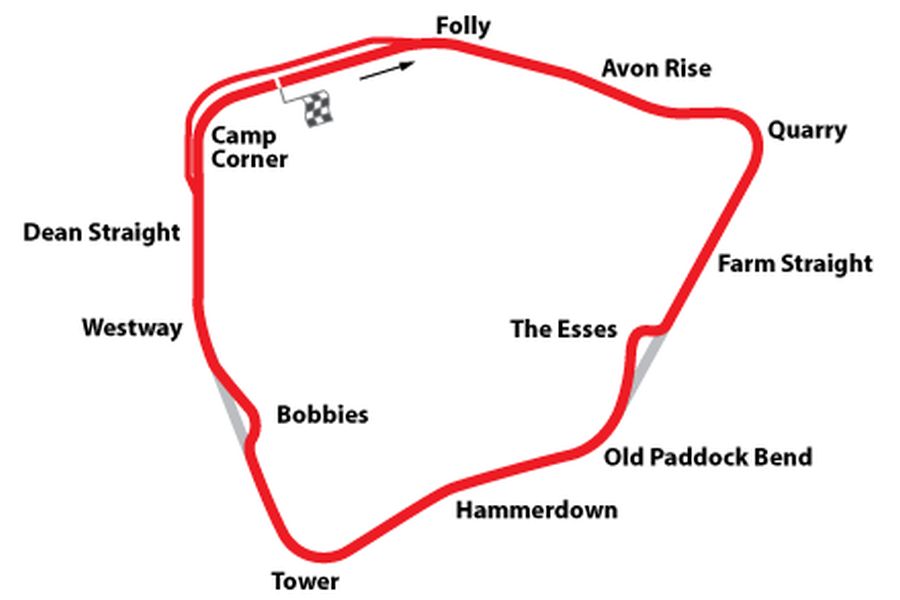 A current layout of the Castle Combe Circuit

In the following years, some of the greatest names in the British motorsport raced and recorded wins at Castle Combe, such were Stirling Moss, Mike Hawthorn, Roy Salvadori, John Surtees, Les Leston or Colin Chapman. The non-championship Formula One race, named Joe Fry Memorial Trophy, took place at Castle Combe from 1952 to 1954. The winners were Roy Salvadori (1952), Bob Gerard (1953) and Horace Gould (1954).

In October 1955, the circuit hosted the 1st Avon Trophy, the non-championship Formula One event, the race was won from pole by American Harry Schell in a Vanwall, ahead of Horace Gould and Bob Gerard. Some other notable contestants were Tony Brooks, Roy Salvadori, Louis Rosier, Peter Collins, Ron Flockhart, Mike Hawthorn or Bruce Halford. It was the last race under Formula 1 regulations to be held at Castle Combe. 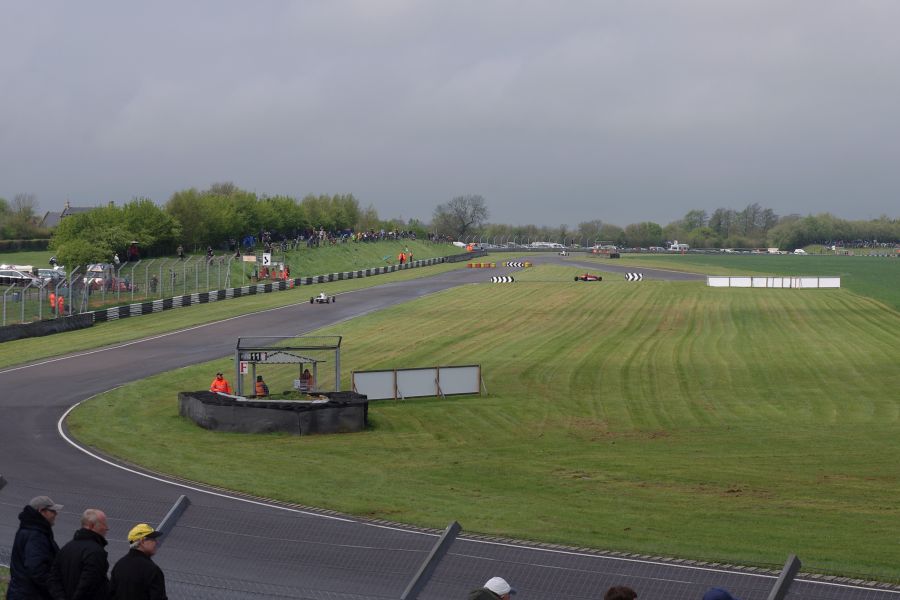 Those Formula One events in the early 1950s turned to be a highlight of Castle Combes’ history. The 1955 Le Mans disaster forced RAC to ask all circuits for better safety. The banks must be built around the track to protect spectators. The Bristol Motorcycle and Light Car Club had no money for such an improvement and decided to cease racing activities. There were also the planning wrangles which limited a racing schedule to just five racing days per year.

In the same time, the Castle Combe estate was sold off, piece by piece, including the circuit. The circuit had been leased to AFN Ltd, formerly Frazer Nash Cars.From 1956 to 1961, only motorcycle races, sprints and tests were held.

The car racing resumed in 1962

In 1962, however, the Bristol Motorcycle and Light Car Club was convinced to build the spectator banks and car racing resumed. The next phase of the improvement was resurfacing in 1964. By the end of the decade, AFN had become a subsidiary of Porsche and the national importer for the brand. They planned to convert Castle Combe into importation center plus test track, but a plan never became a reality.

Peter Gethin was first to beat a ‘magic minute’

In 1970, John Webb and Motor Circuit Developments took over the lease. One major racing series came to Castle Combe, the Formula 5000 European Championship. Peter Gethin in a McLaren-Chevrolet became the first driver to lap around a circuit for less than a minute, raising the average speed to 117mph and making Castle Combe among the fastest tracks in the country. Formula 5000 returned to Castle Combe in 1971, when Frank Gardner was a winner. 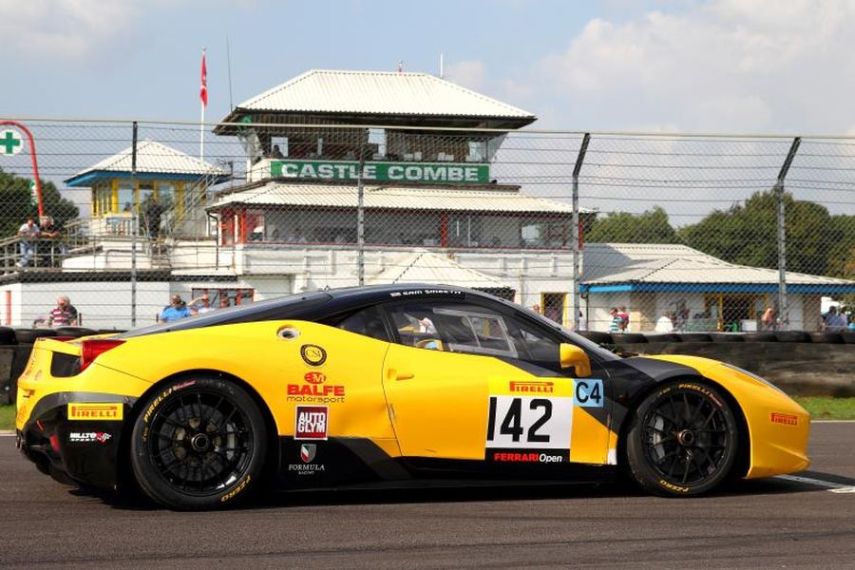 During the 1970s, planning problems prevented all long-term development ideas. In the same time, the noise nuisance complaints also began to arise. However, in 1976 the lease passed to Howard Strawford, who continued to develop a circuit as a modern national racing venue. Different national and local racing competitions were visiting Castle Combe, though the circuit essentially remained a hub for club racing.

During the Boss Championship races in 1997, Nigel Greensall established a new lap record in a Tyrrell 022, with an average speed of 130.93 mph (210.71 km/h). In August 1998, during a qualifying session for the TVR Tuscan race, a wheel came off the car at Camp Corner, flying into the crowd and killing a spectator.

Following that accident, modifications were made to spectator areas and chicanes were added ahead of Old Paddock Bend and Westway to reduce overall speeds. A third chicane, used only for motorcycle races, was also inserted ahead of the final corner. The length of a circuit increased to 1.85 miles (2.977 meters). 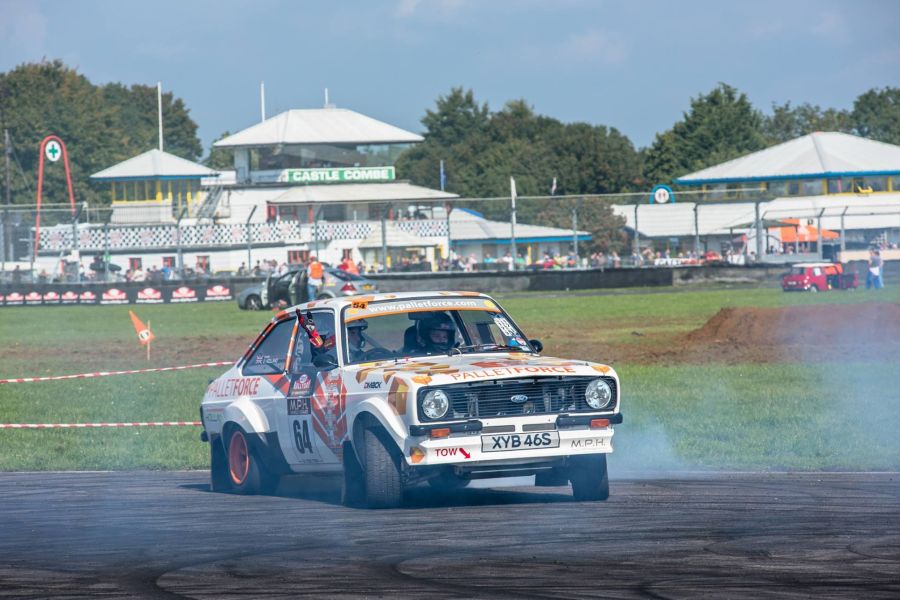 Formula 3 and British GT Championship until 2005

Improvement on a track attracted some new competitions, so the British Formula 3 and the British GT Championship arrived in 2001. Both championships were visiting Castle Combe until 2005. That year, the lap record was set by Formula 3 driver Dan Clarke, who needed 59.387 seconds for a lap.

The season 2005 was the last for that championship. Increasing complaints about noise from residents in the village led to the noise abatement order, which limits decibel levels. It was the end for national championship competitions and Castle Combe became again a hub for club racing, with local championships for touring cars, GTs and Formula Ford. The racing school is also a part of circuit’s offer. 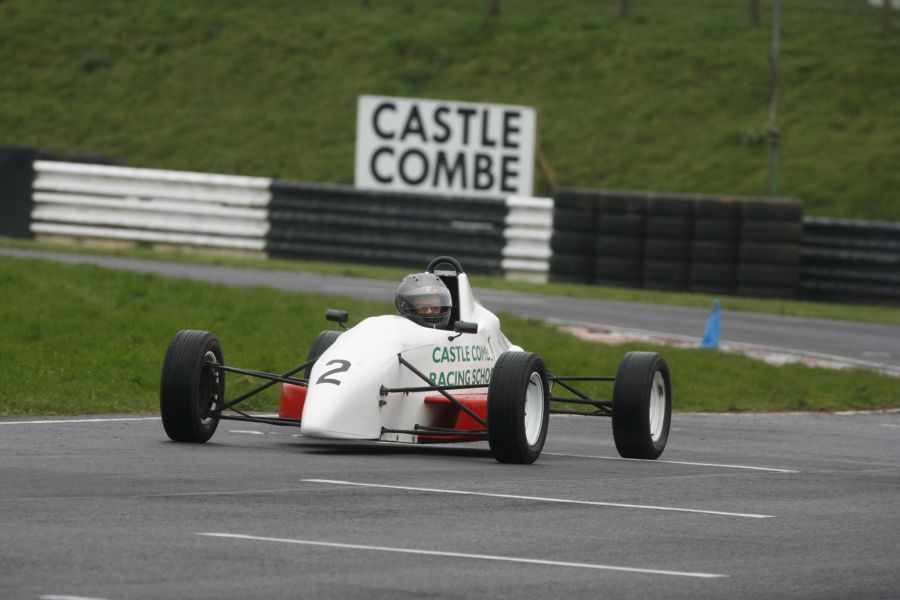 The racing school at Castle Combe