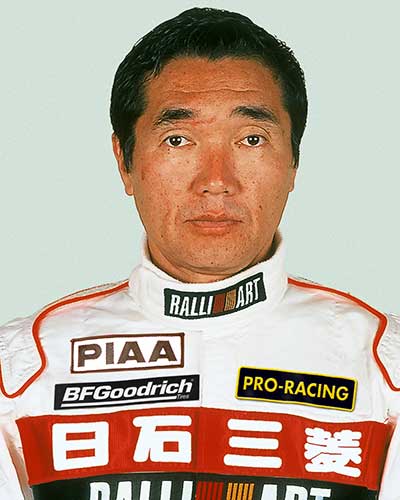 Kenjiro Shinozuka is a former rally driver from Japan who is best-known for his triumph in Paris – Dakar Rally in 1997. He participated twenty-two times at Dakar Rally, adding six more podiums to his account.

He was also the first ever Japanese rally driver to win in the World Rally Championship after he triumphed at 1991 Rallye Côte d'Ivoire Bandama. A year later, he scored his second WRC win at the same event. He was Asia-Pacific rally champion in 1988. 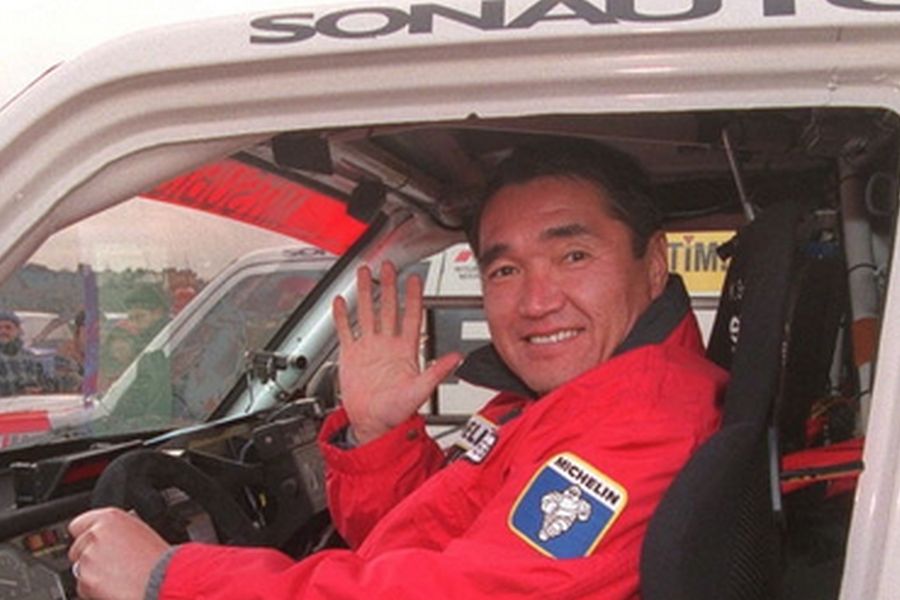 Shinozuka always was passionate about rally

He was born on November 20, 1948 in Ota, a special ward in Tokyo Metropolis. He was interested in motorsports since he was a child and over the years he became probably the best Japanese rally driver. His racing debut was back in 1967.

In 1971, Shinozuka joined Mitsubishi Motors where he worked on sales, product planning, advertising, and overseas affairs. At the same time, he has competed in various championships driving a Mitsubishi Lancer. His debut in the World Rally Championship was in 1976 when he entered Safari Rally in Kenya and finished 6th.

Driving a Mitsubishi at Safari rally

Over the years, Shinozuka participated in some WRC events but he always had strong results. In 1997, he was 6th overall and first in the class in Criterium Molson du Quebec while in 1981 he was 10th in Rallye de Portugal, driving a Ford Escort RS.

Shinozuka debuted at Dakar Rally in 1986 when he was 49th while in 1987 he was 3rd which was an excellent result. The same year he also won Himalayan Rally, driving a Mitsubishi Galant VR-4. In 1988, he again impressed in Dakar Rally, finishing 2nd, behind Juha Kankkunen. Another notable result from that year was the 3rd place in Rally of Malaysia.

Driving in WRC, as well in the Asia-Pacific Rally Championship, he had a pretty successful season in 1989. He was 2nd in Rally of Indonesia and again was 3rd at Rally of Malaysia. The Japanese racer picked a total of 14 points in WRC and scored one stage win.

In 1990, the Japanese racer won the rallies in Thailand and Indonesia before finishing 5th in the APRC. Finally, big momentum has arrived in 1991 when Kenjiro won the WRC round for the first time. He became the first Japanese competitor who won a WRC event. He triumphed at Ivory Coast Rally – Bandama and did it again next year. In 1992, he was also 3rd in Dakar Rally.

During the stage of 1989 Acropolis Rally

Over the years Shinozuka mainly competed in the Asia-Pacific Rally Championship and had relatively rare appearances in the WRC. In 1993, he switched from Mitsubishi Galant to Mitsubishi Lancer Evo. Kenjiro’s performances were at the high level and he continued the stream of good results. Two years in a row he was 2nd at Kenyan Rally and twice finished 3rd in Indonesia, while in 1995 for the 3rd time he was 3rd in Paris - Dakar Rally.

After 11 quite successful appearances, Shinozuka finally won Paris – Dakar Rally in 1997, driving a Mitsubishi Pajero T2. He won a total of four stages en route to the title. He also became the first Japanese who won the most demanding rally race in the world.

Celebrating a victory with his co-pilot Henri Magne

After achieving the biggest success in his career, he was transferred to the French Branch of Mitsubishi Motor Sales Europe in order to focus on the future Paris – Dakar Rallies, as well as other cross-country events.

Leaving of Mitsubishi and the end of the career

He drove Mitsubishi for the last time in 2002 when he finished 3rd in Paris – Dakar Rally for the fourth time in his career. In the next five years, the Japanese driver entered the events driving a Nissan and Toyota but those attempts were unsuccessful as he retired from four races.

During the 2003 Dakar race, after hitting a sand dune, he rolled his pickup several times. He had severe facial injuries and was left in a coma. His co-pilot Thierry Delli-Zotti suffered fractures to both his legs, although unlike Shinozuka his injuries were not life-threatening.

Driving a Nissan at Dakar Rally

Finally, in 2007, he drove Dakar Rally for the last time before retiring from the world of racing. He finished the race in 59th place out of 109 cars that passed over the finish line after two exhausting weeks.