Ferrari 312T - The Car That Returned Scuderia to the Top

The Ferrari 312T and its modified versions is a legendary Formula 1 car which won four Constructors’ Championship and the Drivers’ Championship titles from 1975 to 1979.

After being clearly outpaced by the cars of the British manufacturers at the beginning of the 1970s, Ferrari desperately needed a competitive car to bounce back to the winning path. In 1974, Ferrari raced the 312B3 and that car was used as a model for the 312T. Enzo Ferrari appointed a young lawyer by the name of Luca di Montezemolo as the team manager at the start of the 1974 season what proved to be a fantastic move. 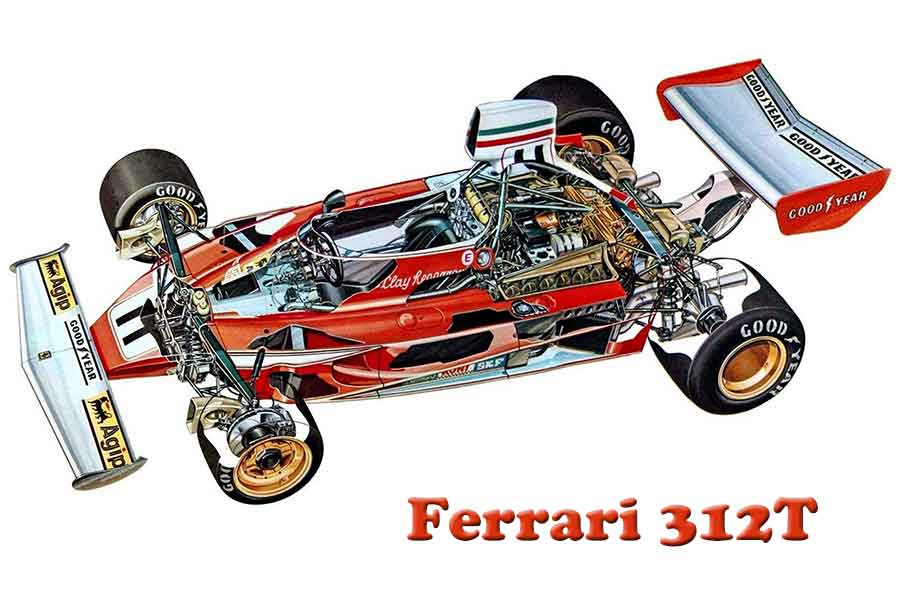 The new car, designed by Mauro Forghieri who was reinstalled by the new team manager to the position of the chief engineer, was a simple car of clear design and latest mechanical upgrades. At the first glance, the Ferrari 312T had some design elements of Tyrrell and March cars, was easy for maneuvering and agiler in the turns than any of its predecessors. The new flat engine was powerful and extremely reliable but the main advantage was the new gearbox design. The revolutionary gearbox was positioned ahead of the rear axle, in order to give a low polar moment of inertia while the suspension was significantly different to the any of previous Ferrari F1 cars.

Although the Ferrari 312T was presented in autumn of 1974, the team decided to use the old car in the opening two races of 1975 season. The new car, driven by Niki Lauda and Clay Regazzoni, debuted at South African Grand Prix but without much success. Results of the race in Spain were even worse. 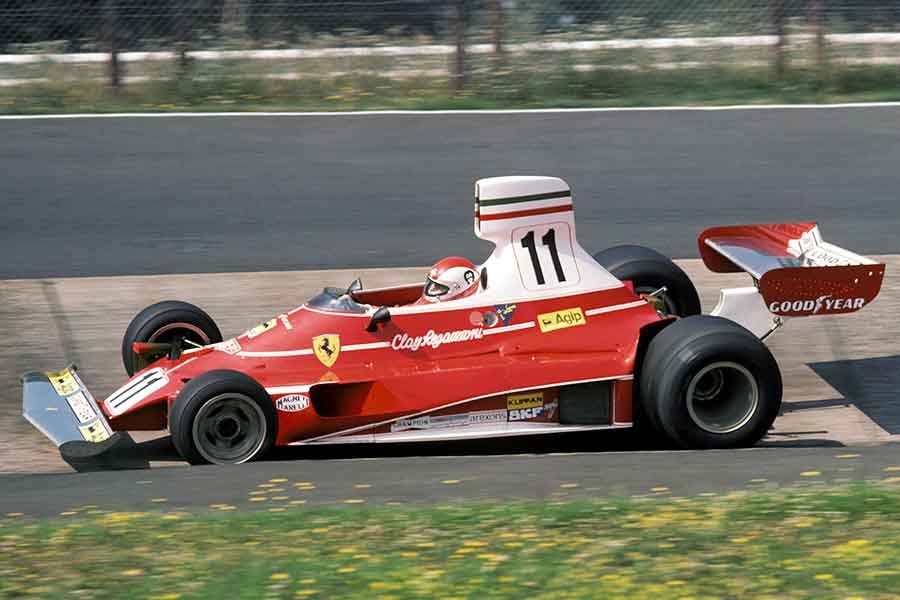 After that, the Ferrari team made some small modifications and every little detail in its place. Their efforts bore fruit: three consecutive wins (Monaco, Belgium, Sweden) scored by Niki Lauda. That was followed by a 2nd and 3rd place at Dutch Grand Prix and another Lauda’s win, in France. By the end of the season Lauda finished 3rd in Germany and Italy and triumphed in the season-closing race in the United States while Regazzoni won the Italian Grand Prix. 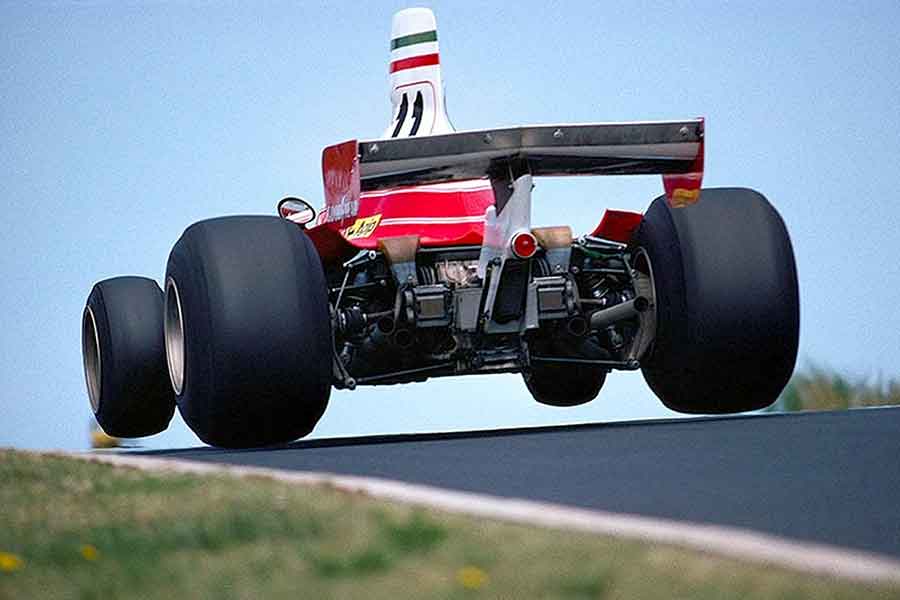 At the end of the season, Lauda became the Formula 1 World Champion while Ferrari won their Constructors’ Championship title. That was a beginning of the Scuderia Ferrari era as the Italian team ruled the tracks around the world in the following couple of years.

Ferrari started the 1976 season with the same car. Lauda won the races in Brazil and South Africa and finished 2nd at Long Beach where his teammate won the race. For the 4th round of the season the modified 312T2 was deployed and again was very successful. Niki Lauda, who survived a horrible crash at Nurburgring, failed to defend his crown, losing to James Hunt by a single point. However, the Ferrari won another Constructors’ title. 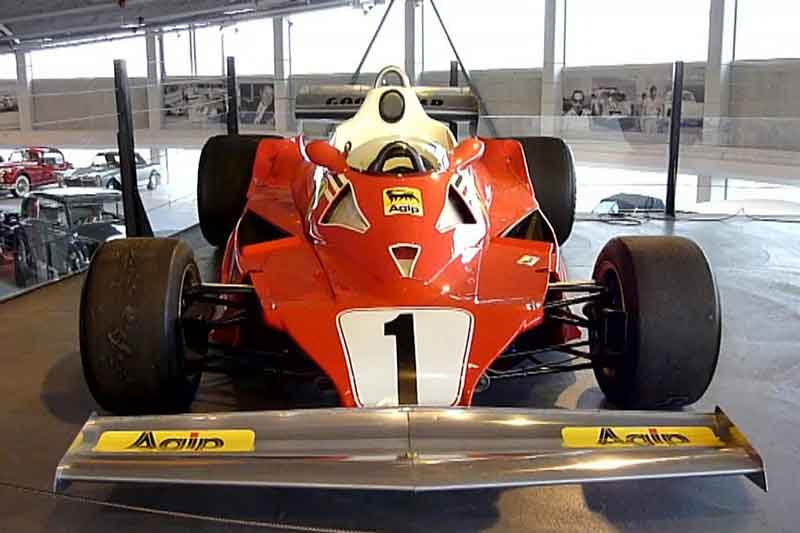 The supremacy continued in 1977 with the 312T2B car. Lauda scored three wins before becoming a champion for the second time while Carlos Reutemann helped the team to win the third consecutive title.

Short pause before another double

In 1978 Lotus broke Ferrari’s supremacy and left the Italians without a single trophy, but not for a long time. In 1979, when the team used old 312T3 and newly developed 312T4 car, Ferrari again became the best team in the Formula 1 World Championship.

Jody Scheckter and Gilles Villeneuve were the drivers in 1979 and they both did a fantastic job. The South African won his only F1 title while the Canadian finished as a runner-up. Both drivers scored three wins each and Ferrari easily clinched another Constructors’ Championship, fourth in last five years. 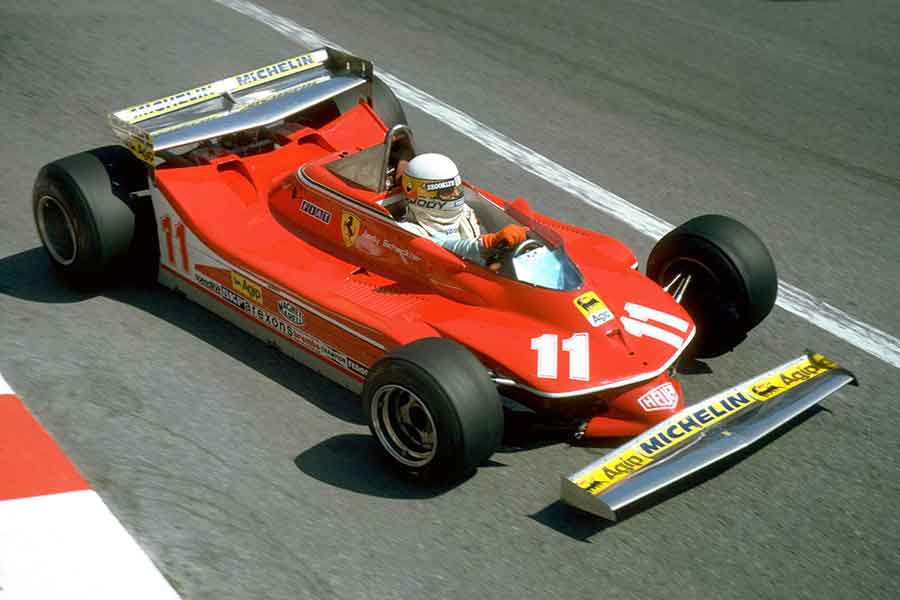 The last T312 model was used in 1980 but that season was a disaster. The wide 312 “Boxer” engine did not suit the aerodynamic needs, the car was unreliable, slow and was not effective against the competition. With only 8 points on the account, Ferrari ended 10th in the standings what was the inglorious end of the fantastic period in the history of the most popular racing team.

What do the numbers say

The Ferrari 312T and all of its modifications raced in a total of 90 Grand Prix events. This amazing car scored 27 wins, 61 podiums, 19 pole positions and 25 fastest laps. 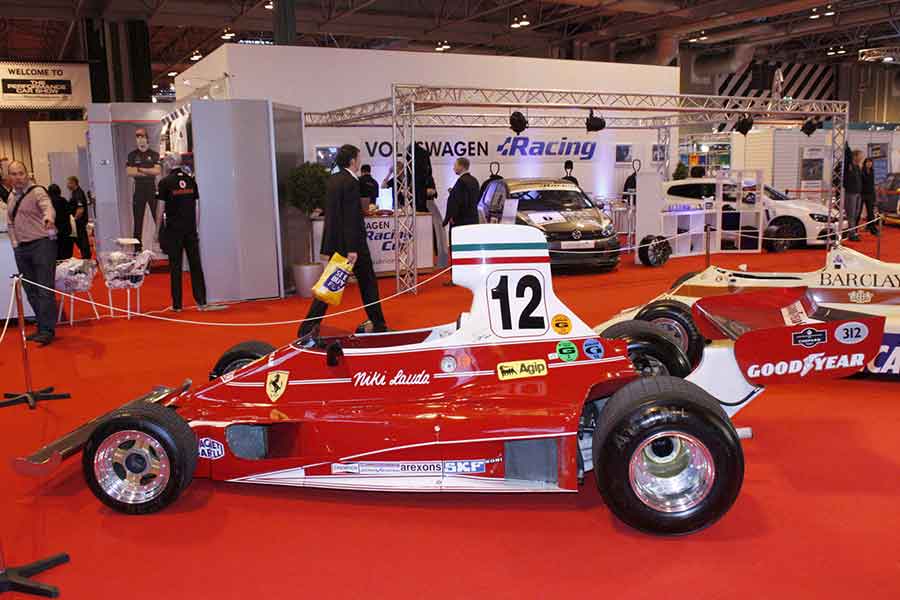