There were many racing events in the history of motorsport that are marked with bad memories and sadness because of fatal casualties. The 1933 Monza Grand Prix is definitely one of them.

The worst motorsport accident is, of course, the 1955 Le Mans disaster during the 24-hour race which took lives of 83 spectators and one driver. The second worst accident happened at Monza Circuit on  September 9, 1928, when Emilio Materassi and 27 spectators were killed during the Italian Grand Prix. Thirty-three years later, on September 10, 1961, Monza was again a venue of a tragedy when Wolfgang von Trips and 15 spectators were killed.

The original 10km Monza circuit already showed its dangerous nature and every race was a gamble with life and death. On Sunday, September 10, 1933, three drivers lost lives in two separate accidents at the south banking of the high-speed loop. 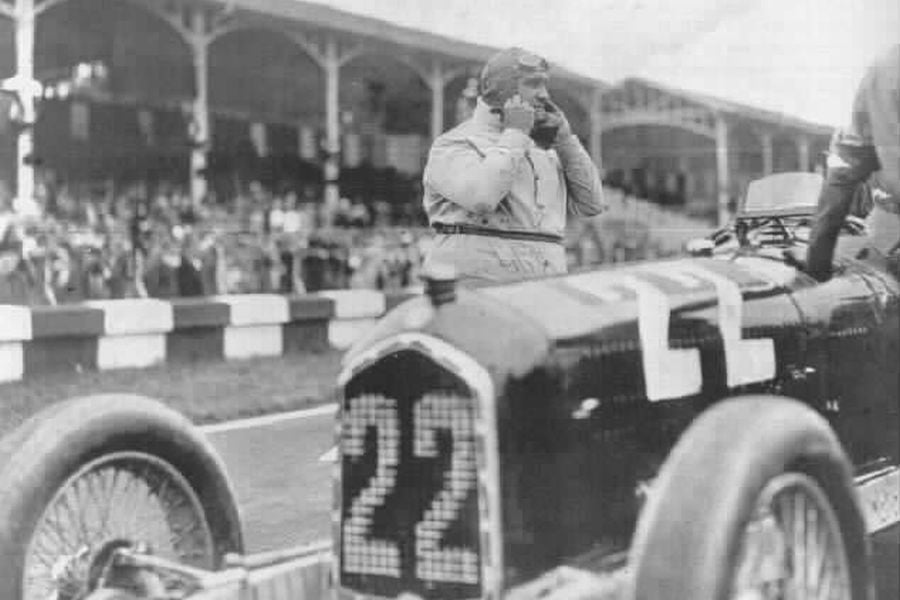 The first victim was Giuseppe Campari, one of the leading drivers of that time who won the French Grand Prix earlier that year. While holding the first place in the race in the #22 Alfa Romeo Tipo B, Campari was killed when his car crashed after skidding in a sharp turn near the patch of leaked engine oil. Campari’s car went over the top of the banking into the trees.

At the drivers’ parade before the race, the Campari received the greatest applause because he was the most popular driver in Italy. He had made the announcement that this would be his last race before retirement to pursue a career as an opera singer. It was indeed his last race but with fatal result. 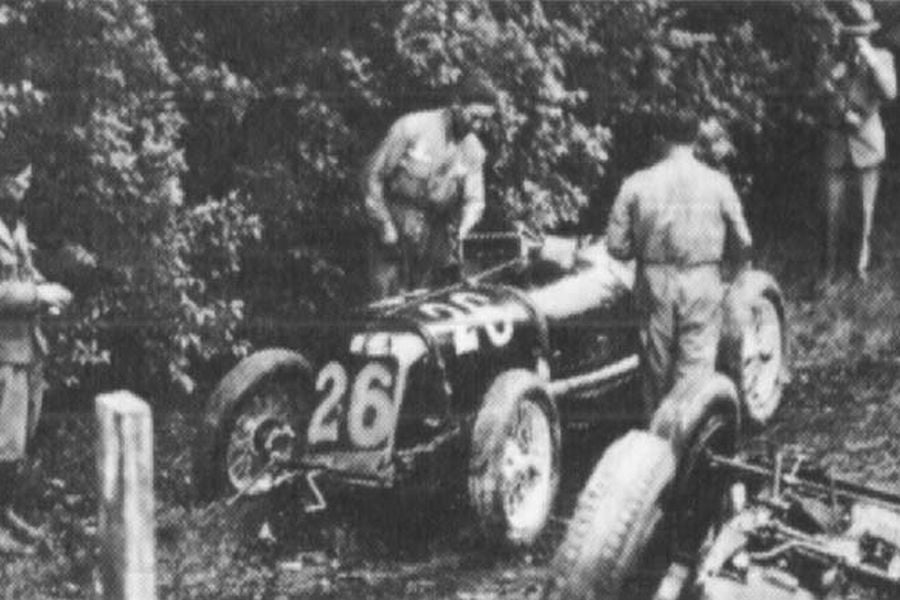 Borzacchini’s car was undamaged but the injuries were fatal

In the same accident, the second-placed driver Baconin Borzacchini tried to avoid spinning Campari. His #26 Maserati 8C 3000 also spun and rolled over went into trees. An injured Borzacchini was taken to the hospital, where he died later that day. It’s interesting that Maserati in which Borzacchini was killed had been used by Campari in his victorious French Grand Prix.

Later in the event, the third tragedy of the day happened during the final race when the #20 Bugatti T54 of Polish driver Count Stanislas Czaykowski flipped over the edge. The Bugatti trapped the driver underneath and caught fire. The car burned out completely with the dead driver underneath. Earlier in the race, Czaykowski won the Heat 1.

The final race had been shortened to 14 laps (instead of 22) and the Frenchman Marcel Lehoux took the victory in a Bugatti T51. It was the last race on the Monza’s original 10km circuit and the last Monza Grand Prix for many years. The event was relived in 1948.