Autodromo de Buenos Aires Juan y Oscar Galvez is a historic racing facility in Buenos Aires, Argentina, which was hosting Formula One Argentine Grand Prix between 1953 and 1998. Of other major competitions, the circuit was a venue of the FIM Motorcycle Grand Prix (1961-1999) and 1000 km of Buenos Aires World Sportscar Championship race (until 1972). Today, the circuit is hosting various national events.

Autodromo was opened in 1952

In 1989, the circuit was renamed to Autodromo Oscar Alfredo Galvez and then, finally, in 2008, the circuit received a current name – the Autodromo Buenos Aires Juan y Oscar Galvez. The circuit is named after Argentinean racing brothers and champions who was active mostly during the 1950s.

In the early 1950s, when the Formula One Championship was inaugurated, some Argentinean drivers were among the best in the world, such were Juan Manuel Fangio, Jose Froilan Gonzalez or Onofre Marimon. In that time, the Argentine racing scene was strong with plenty of Temporada races on closed public roads.

Argentinean president Juan Peron wanted to boost up Argentinean racing tradition and he agreed to build up a permanent road course near the capital city. A part of swampland was chosen south of the city and the race track with ten possible layout variations was finished in 1952. The shortest circuit had 2,120 meters, the longest one had 4,706 meters.

President Peron chose an original name of the circuit

Peron influenced a construction of a large white arch near the entrance, named in honor of the ‘father of the Argentine Navy’, Almirante William Brown. Peron also chose a name of a circuit – the Autodromo 17 de Octubre, in commemoration of the day in 1945 that Peron had been released from captivity.

The inaugural race meeting took place on March 9, 1952. The races were held, the most important was the Formula Libre race for the Peron Cup, won by Juan Manuel Fangio in a Ferrari 166 FL. 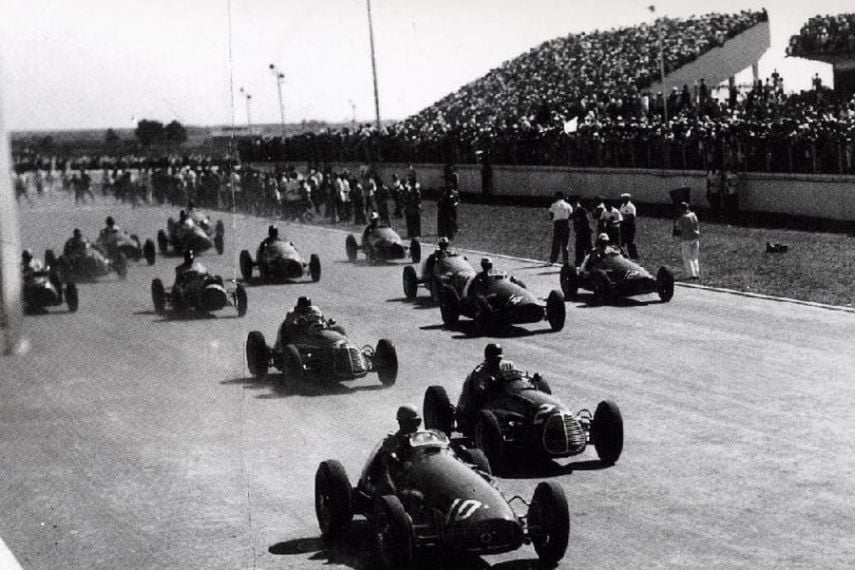 Formula One came to Buenos Aires in 1953

On January 18, 1953, the first ever Argentine Grand Prix was held as a part of the Formula One Championship. The race, which was the opening round of the 1953 championship season, took place on the 3.9-km long circuit number 2.

Ferrari driver and 1952 champion Alberto Ascari was the fastest qualifier and he led in the race from start to finish, scoring his seventh consecutive victory. Luigi Villoresi (Ferrari) and Jose Froilan Gonzalez (Maserati) completed a podium. The Argentinean hero Juan Manuel Fangio retired his Maserati after 36 laps due to a transmission failure. 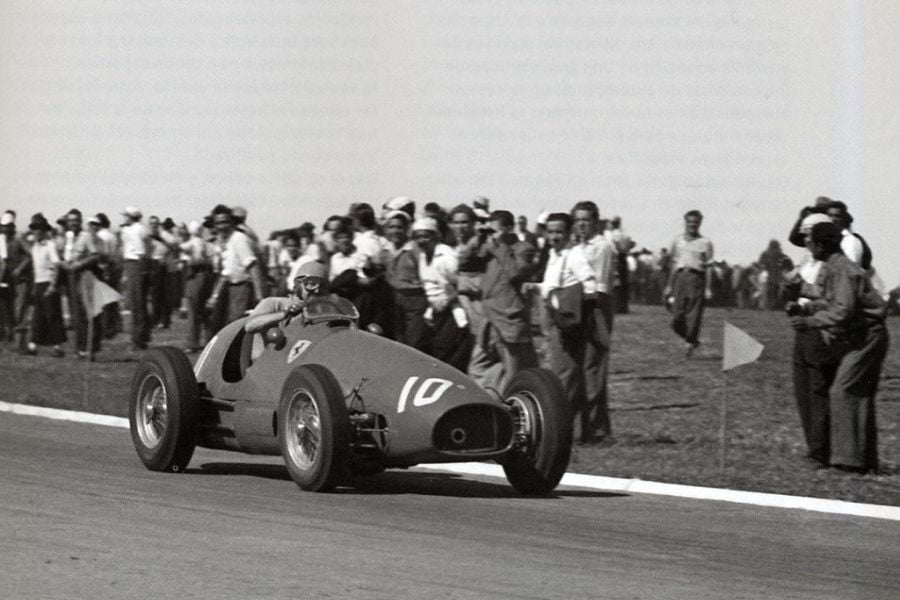 Alberto Ascari was the first winner of the Argentine Grand Prix

The following year, the race was run on the same circuit (number 2) but in the anti-clockwise direction. Juan Manuel Fangio won the race in a Maserati 250F. Giuseppe Nino Farina (Ferrari) and Jose Froilan Gonzalez (Maserati) completed a podium.

In 1955, the race returned to an original clockwise direction on the Circuit no. 2. Fangio was the winner again, now driving for Mercedes. He was the only driver to complete the 96 laps, all other were sharing cars with teammates.

In 1956, Fangio scored third win with a third different manufacturer, driving a Lancia-Ferrari D50 together with Luigi Musso. Fangio’s fourth consecutive win came in 1957 when he was driving Maserati again.

At 1958 Argentine Grand Prix, Stirling Moss took the win in the #14 Cooper-Climax. It was the first Formula One championship victory for a rear or mid-engined car and the first for a privateer.

F1 Argentine Grand Prix and Buenos Aires Grand Prix were two main races for single-seaters during the 1950s, but in 1954 World Sportscar Championship came to Argentina too. In the inaugural WSC race the 9.5-km long track was used, a combination of the Autodromo and the Avenida General Paz highway. The first winners were Giuseppe Nino Farina and Umberto Maglioli in a Ferrari 375 Plus.

In 1955, the Argentinean pair Enrique Saenz Valiente/Jose Maria Ibanez won the race on the 17.1km long track. The race returned four more times to the 9.5km long track between 1956 and 1960. The winners were Stirling Moss/Carlos Menditeguy (1956), Masten Gregory/Eugenio Castellotti/Luigi Musso (1957), Peter Collins/Phil Hill (1958) and Phil Hill/Cliff Allison (1960). Same as the Formula One, WSC also dropped Argentina from its calendar after 1960. 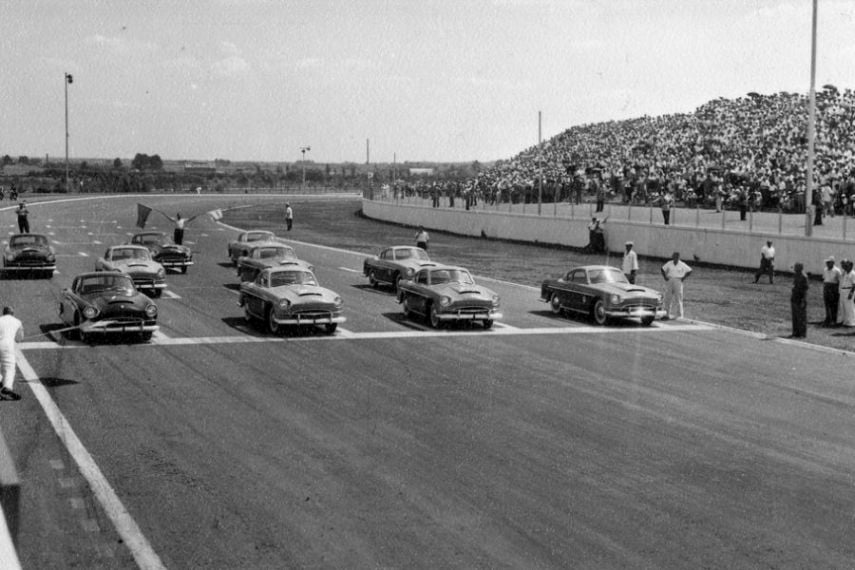 Formula 1 and sports car races returned in the 1970s

Through the 1960s, the circuit remained a hub for national motorsport. In that time, a circuit was extended with two straights and ultrafast bend around a lake. The new section added a further four possible circuit variations, giving new names to those circuits (11, 12, 14 and 15) and skipping ‘unlucky’ number 13.

Both Formula One and international sports car competition made their returns to Argentina in the 1970s. WSC returned in 1970, Formula One came one year later. Both events were the non-championship events but world’s greatest drivers participated.

Sportscars made their return to Argentine in January 1970. Jean-Pierre Beltoise and Henri Pescarolo won the race in a Matra. A year later, in January 1971, the race was a part of the World Sportscar Championship again.

Unfortunately, the race was marked by a fatal accident of Ignazio Giunti, who crashed into the broken Matra of Jean-Pierre Beltoise. The race winners were Jo Siffert and Derek Bell in a Porsche 917K. The WSC returned just one more time to Buenos Aires, in 1972, when Ronnie Peterson and Tim Schenken won a race for Ferrari.

Formula One returned in 1971

On the other side, Formula One had returned in 1971 and stayed in Argentina until 1981, with an exception in 1976. The 1971 Argentine Grand Prix was a non-championship race, as FIA required a demonstration race before it would include a race to championship calendar. The 1971 winner on the 3.4km long Circuit no. 9 was Chris Amon. A new Argentinean hero Carlos Reutemann was third.

The Circuit no. 9 was used two more times in 1972 and 1973, with Jackie Stewart (Tyrrell) and Emerson Fittipaldi (Lotus) as winners.

In 1974, the race was moved to the 5,968 meters long Circuit no. 15. Denny Hulme (McLaren) won the race ahead of two Ferrari drivers Niki Lauda and Clay Regazzoni. In 1975, Emerson Fittipaldi clinched his second victory in Argentina, driving for McLaren.

The circuit is bearing Oscar Galvez name since 1989

Formula One left Argentina left again after 1981, due to global political tensions over the Falklands. During the 1980s, the circuit was again the venue for national championships only. In 1989, the name of the circuit had been changed, in memory of Oscar Galvez, who had died of cancer in December 1989.

By the mid-1990s, the circuit was operated by a private company which started extensive refurbishment to bring a higher level of standards. That led to return of the Formula One in 1995. 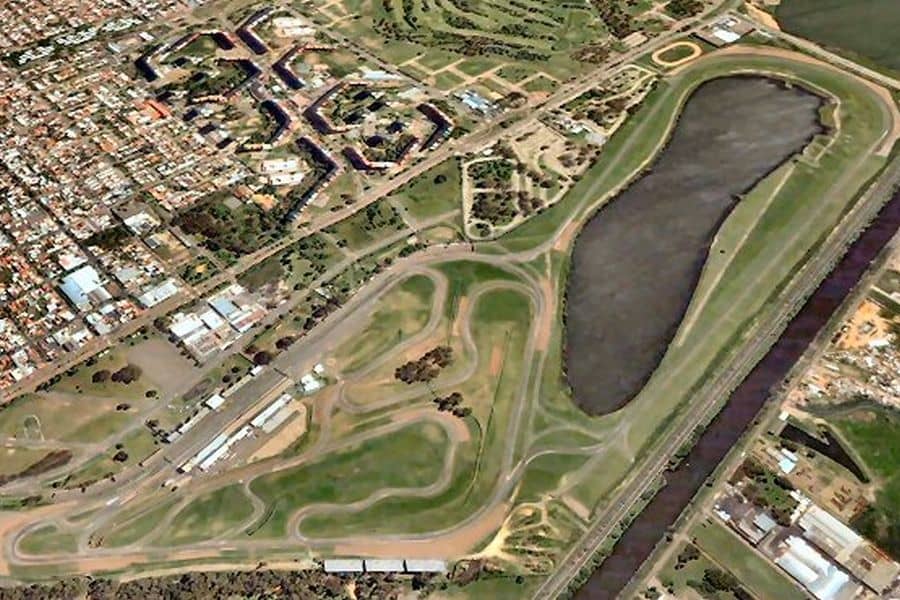 Formula One aces returned to Argentina in April 1995 to race on the twisty 4,259m long Circuit No. 6-S. Damon Hill won the race for Williams, ahead of Jean Alesi (Ferrari) and Michael Schumacher (Benetton). Damon Hill repeated a triumph in 1996, in his championship-winning season.

Jacques Villeneuve was second in 1996 and then he won the race in 1997, beating Eddie Irvine (Ferrari) and Ralf Schumacher (Jordan). In 1998, Michael Schumacher brought the first victory for Ferrari since 1956. The organizers of the event ran into financial difficulties, and the 1998 race was the last running of the Argentine Grand Prix.

No world championships since 2000

The FIM Motorcycle Grand Prix stayed in Buenos Aires for one year longer, until 1999. Since then, Autodromo is again a host for national events only.

During the years, the numbers of races had been reduced, in favor of track day events, manufacturer days and even pop concerts.