With their bright red national color, suggestive curves and powerful engines that play high pitched loud melodies, the Italian racing cars from the fifties and sixties are the most beautiful machines in the world. Whether it’s an Alfa Romeo, Abarth, Ferrari or Maserati, racing cars from bygone eras always find their way to someone’s heart. Standing in the shadows of those great names is the Bizzarrini 5300 GT, a car of immense beauty and formidable power. 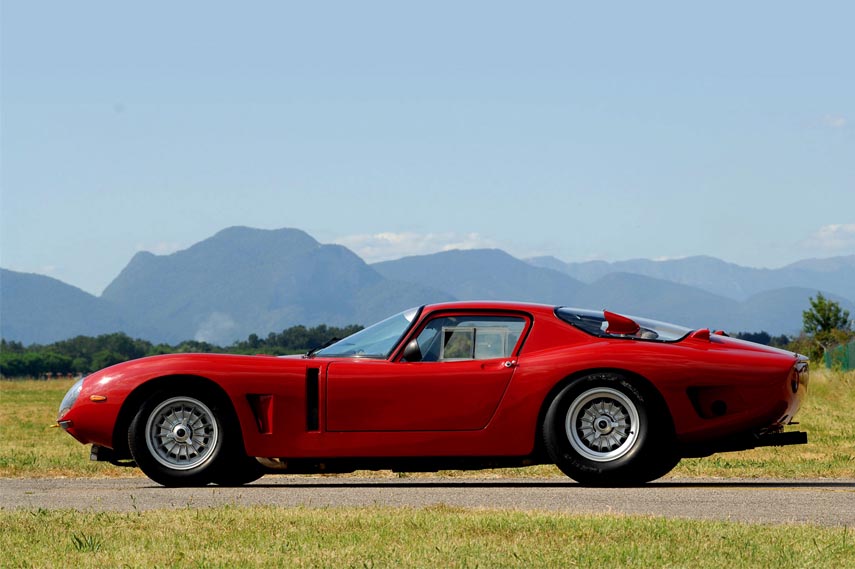 Giotto Bizzarrini started his career in Alfa Romeo in 1954, until he made a switch to Ferrari in 1957, where he soon became the development controller of Enzo’s experimental, sports and GT cars. With that in mind, it’s clear that Giotto Bizzarrini can be thanked for some of the most successful and expensive Ferraris of all time – 250 GTO, 250 GT SWB and 250 Testarossa! However, his employment in Maranello ended in 1961, when the crisis in Ferrari reached its boiling point. Along with several other ex-Ferrari employees, Bizzarrini became a part of ATS. Around that time, Bizzarrini made one of his most famous creations, the 250 GT Drogo or Breadvan, a shooting brake version of Testarossa.

Bizzarrini 5300 GT was a masterpiece

In the sixties, he was also involved in creating the first V12 engine for Lamborghini, and the development of ISO Grifo 300 and ISO Rivolta, beautiful Italian grand tourers powered by the same V8 engine that could be found in the Corvette. Also, while working for ISO, Giotto Bizzarrini persuaded Renzo Rivolta to develop a competition version of the Grifo called AC3/C. Bertone designer Giorgietto Giugiaro redesigned the bodywork of Grifo, and bodyshells made by Drogo were then sent to Livorno for Bizzarrini to assemble them. 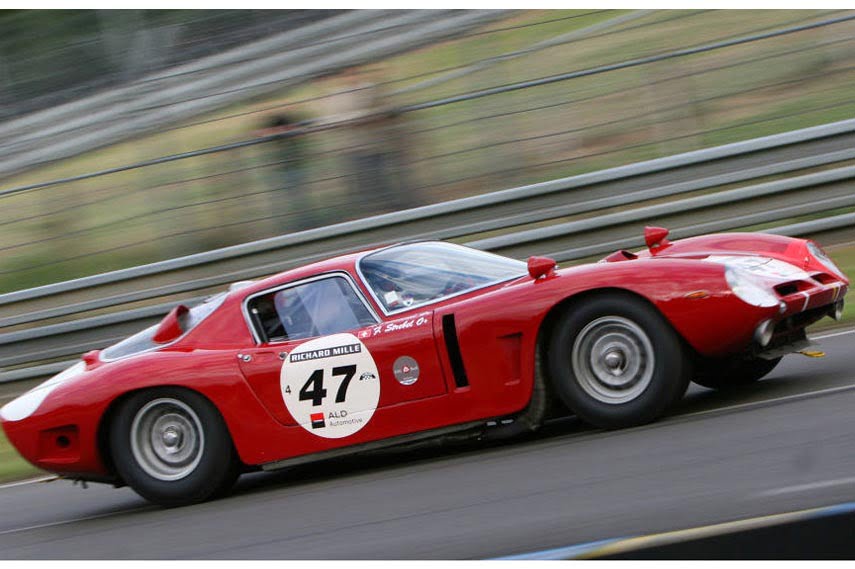 Only 22 examples of Grifo AC3/C were made, and after Renzo Rivolta’s death, Bizzarrini had a falling out with ISO, so in 1964, he decided to establish his own company at his Livorno workshop and build what he believed was the ultimate GT car. Honestly, he wasn’t very far from the truth, because ISO Rivolta AC3/C was a stunning automobile. Having sued ISO, Bizzarrini acquired several ISO Rivolta 300 chassis and continued his work on upgrading the ISO Grifo AC3/C. Its gorgeous Giugiaro-styled aluminum shell was low and curvaceous, its interior luxurious, and above all, the whole car was very well built and assembled by Carrozzeria BBM. 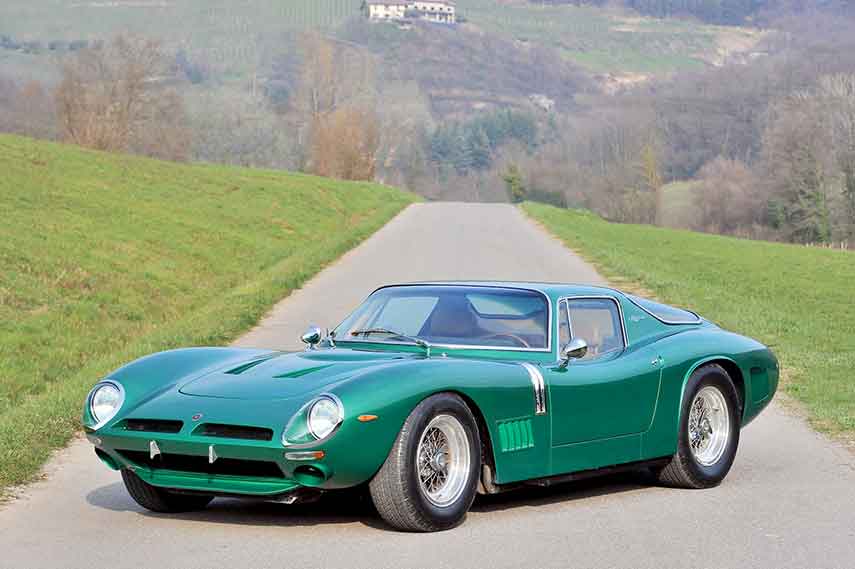 Only 132 samples of Bizzarrini were made

To lower the costs and make the car dependable, its engine was again sourced from Chevrolet. A small-block 327 Corvette engine was delivering 365 to 385 horsepower in road legal Strada and 405 horsepower in its racing Corsa version. The engine was mated to a four-speed manual BorgWarner T-10 transmission, and the car had all four disc brakes, De Dion tube rear suspension and a limited slip differential. A total of 132 coupes and one convertible were made. 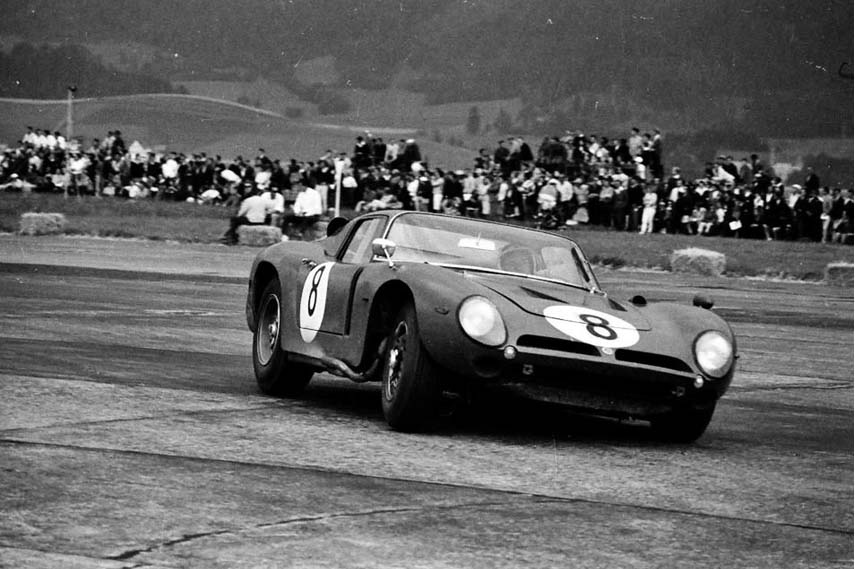 This beautiful racing car was based on an ISO AC3/C

Bizzarrini’s huge racing experience was undeniable, but ISO didn’t have much luck on the tracks. In 1964, their season started with two hard crashes at Sebring and Daytona. However, the team got to the 19th place at 1000 km of Nurburgring and 14th at 24 Hours of Le Mans, with a class win for prototypes with engine displacement over five liters. They finished ninth in the 1965 24 Hours of Le Mans and retired from the race in 1966 after just 34 laps. For 1967, the Bizzarrini Corsa received several upgrades, such as the 7l engine and fiberglass bodies. Ultimately, it wasn’t allowed to compete in the 1967 Le Mans race because it did not pass official inspection. 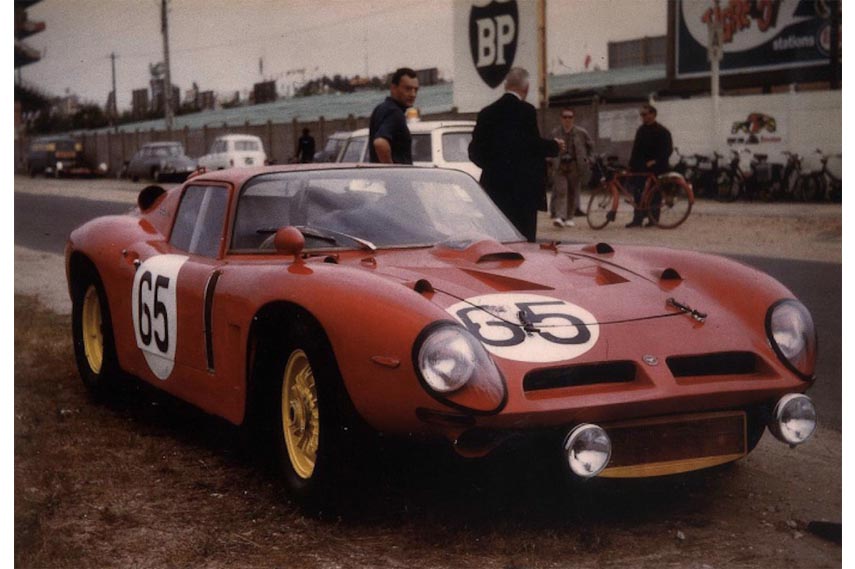 Bizzarrini raced at Le Mans in 1965

Limited funding eventually shut Bizzarrini’s racing program down, but Giotto’s fantastic cars rank highly on every connoisseur’s list of most coveted vintage GTs. Their beauty, power and luxury, top many of the more famous cars, and Bizzarrini 5300 GT will always be the most striking and dramatic independent Italian sports car of all time.