Christophe Tinseau is a French former racing driver who achieved the most in the sports car racing. He participated thirteen times at 24 hours of Le Mans between 1998 and 2016, scoring the best result in 2012 when he was second in the LMP2 class. Earlier in a career, Tinseau's most successful season was 2009 when he was Asian Le Mans champion and Le Mans Series vice-champion. 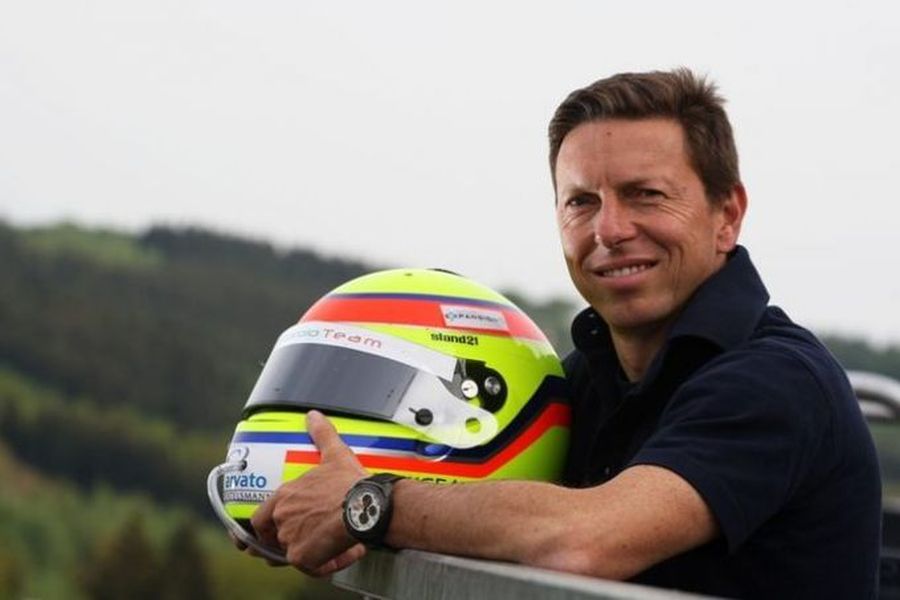 Starting a career in the French Formula Renault

Born in December 1969, Christophe Tinseau started his racing career in 1990 by winning the Volant Elf competition. In the same season, he made a debut in the French Formula Renault, driving a Martini MK50-Renault for Ecurie Elf Gitanes. In his rookie season, Tinseau was 11th in the overall standings and then, in 1991, he finished second in the points, driving an Orion FR91-Renault for Ecurie Motul Nogaro. 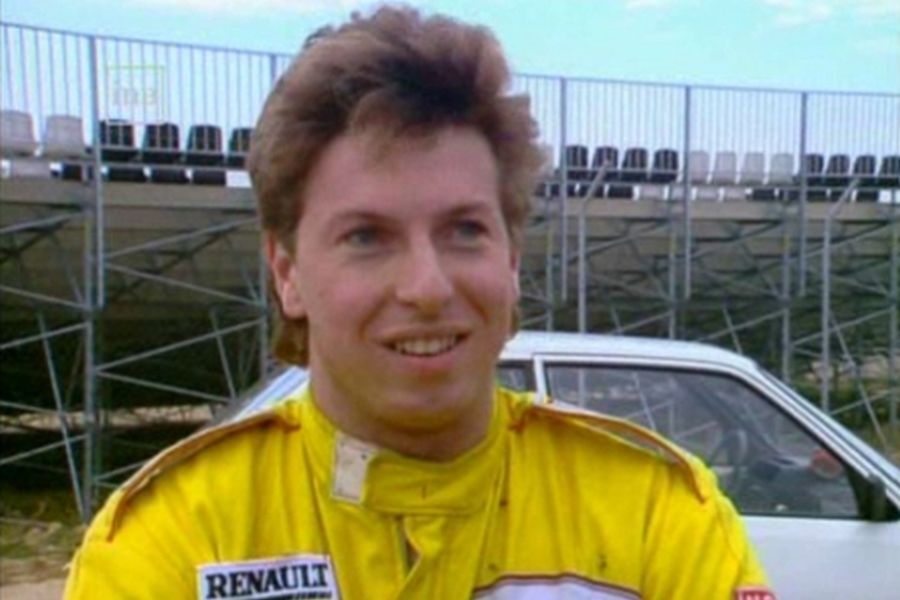 Christophe Tinseau early in a career

In 1992, Tinseau progressed to the French Formula 3. He scored his maiden F3 victory in 1993, finishing fourth in the final standings.

In the 1994 Formula 3 season, he was a race winner three times while driving a Dallara-Opel for Promatecme team. He finished the season second in the points, losing a title to Jean-Philippe Belloc. 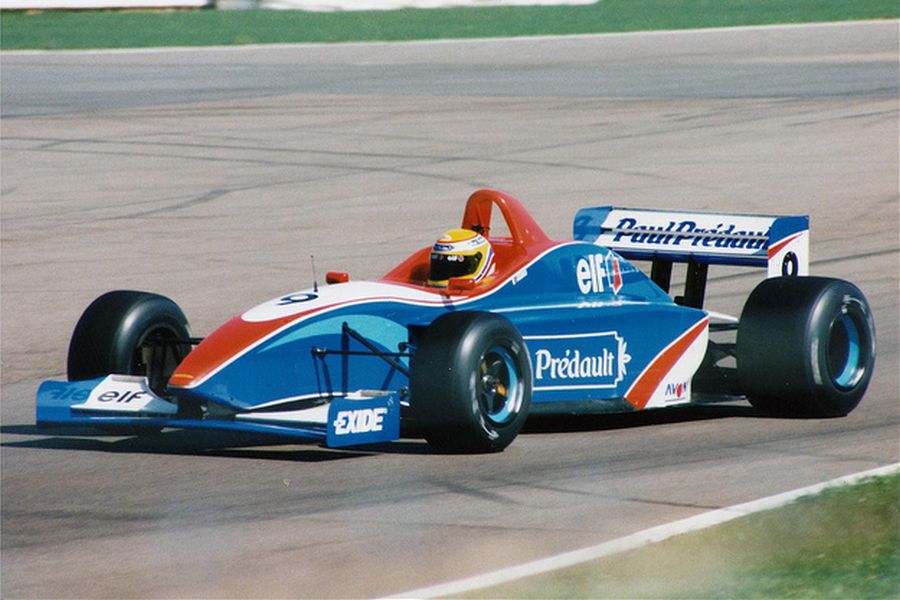 Two seasons in the Formula 3000, one year in the Indy Lights

In 1995, Tinseau was competing in the International Formula 3000 with the Italian team Mythos Racing. Without wins or podiums, he finished 16th in the final standings. For the 1996 F3000 season, he joined French Apomatox team, winning one race (Hockenheim) to finish sixth in the points.

In 1997, Tinseau moved to America to drive for Conquest Racing in the CART Indy Lights Championship.  His best result was the third place at Circuit Trois-Rivieres and he finished 11th in the final standings. It was his last season in the open-wheel racing.

In 1998, Tinseau made a debut in the sports car racing, joining DAMS/Panoz Motorsports in the world's greatest endurance races, the 24 hours of Le Mans.

One season in a Lola-Judd prototype

In 1999, Tinseau stayed with DAMS to drive Lola B98/10-Judd in selected races of the American Le Mans Series and Sports Racing World Cup, but also at Le Mans 24 Hours. In his second attempt at Le Mans, Tinseau again failed to finish the race. His teammates were Franck Montagny and David Terrien.

The highlight of the season was a victory in the SRWC race at Brno, together with Jean-Marc Gounon in the #12 Lola-Judd. 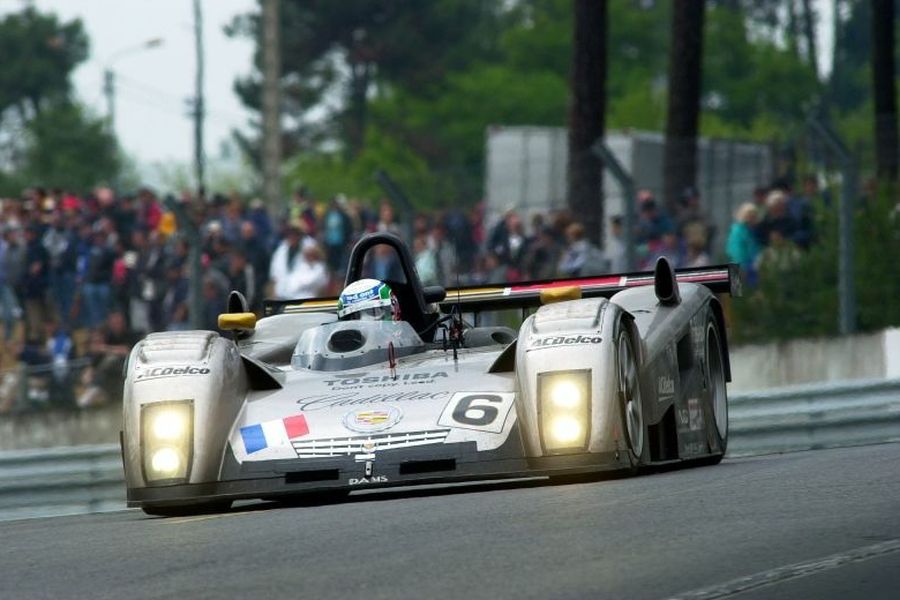 For the 2000 sports car racing season, DAMS was operation partner of Cadillac in their Northstar LMP project. Tinseau recorded few attempts with Cadillac Northstar LMP in SRWC and ALMS events before joining DAMS at Le Mans. In his third attempt, he recorded third DNF, sharing a car with Marc Goossens and Kristian Kolby.

In 2001, Tinseau finally reached the checkered flag at Le Mans race, driving the #6 Cadillac Northstar LMP 01 together with Wayne Taylor and Max Angelelli. They were 15th overall and fifth in the LMP900 class. The rest of the season Tinseau spent in the American Le Mans Series. In 2002, Tinseau returned to Le Mans with the same teammates, driving the #6 Cadillac Northstar LMP 02. This time, they were 9th overall (8th in the LMP900 class).

In 2002, Tinseau decided to try something new besides sports car racing, participating in some rally raid events. In January 2003, he made a debut in the Paris – Dakar Rally in a Protruck prototype. Sharing a car with navigator Baptiste Vallet, he finished in 12th place. 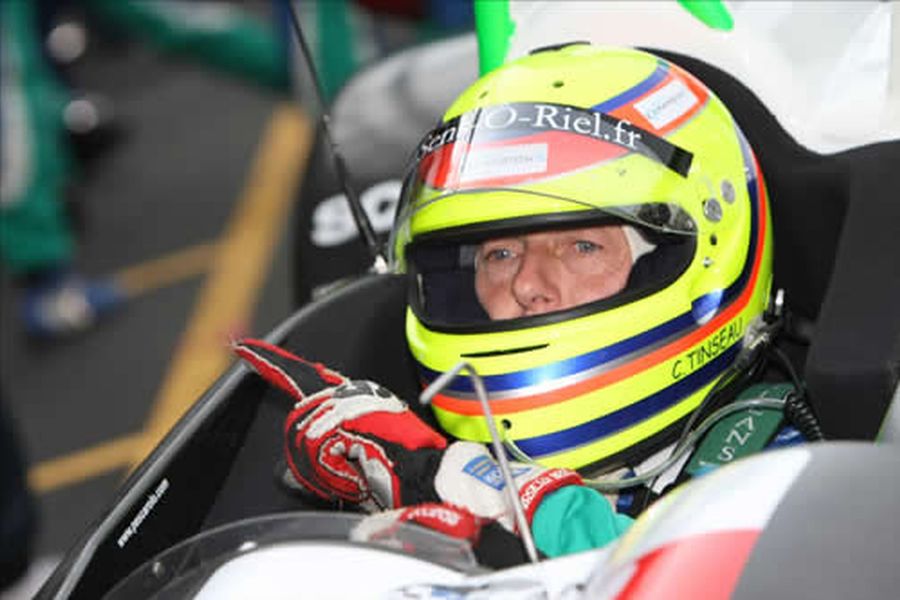 Christophe Tinseau tried all sorts of racing in his career

Tinseau returned to full-time racing in 2006, participating in the French Porsche Carrera Cup with Daniel Droit Racing. He scored four podiums in fourteen races, finishing sixth in the final standings.

In 2006, Tinseau also joined Red Racing team in one round of the French GT Championship, driving a Lister Storm at Albi circuit.

In 2007, Tinseau joined Pescarolo Sport to race with Pescarolo 01-Judd LMP1 prototype in the Le Mans Series and Le Mans 24 Hours. Tinseau's full-time co-driver was Harold Primat, they scored one podium to finish 10th in the LMS standings. At Le Mans 24 Hours, the third driver was Benoit Treluyer and they finished in 13th place. In 2009, Tinseau stayed with Pescarolo Sport, finishing as a vice-champion in the Le Mans Series. His partner in the #16 Pescarolo 01 Evo-Judd was Jean-Christophe Boullion. They recorded three podiums, including one victory (Algarve). At Le Mans 24 Hours, Tinseau finished 8th in the #16 car, sharing it with Joao Barbosa and Bruce Jouanny.

In 2009, Tinseau also captured Asian Le Mans Series title with Sora Racing, driving the #17 Pescarolo 01 Evo-Judd together with Shinji Nakano. In two races at Okayama, they scored one victory and one second-place finish.

One season in the stock car racing

In 2010, Tinseau decided to try stock car racing, entering the Racecar Euro Series (today NASCAR Whelen Euro Series) with his own team. He scored one victory and five podiums, finishing 8th in the Elite 1 class. 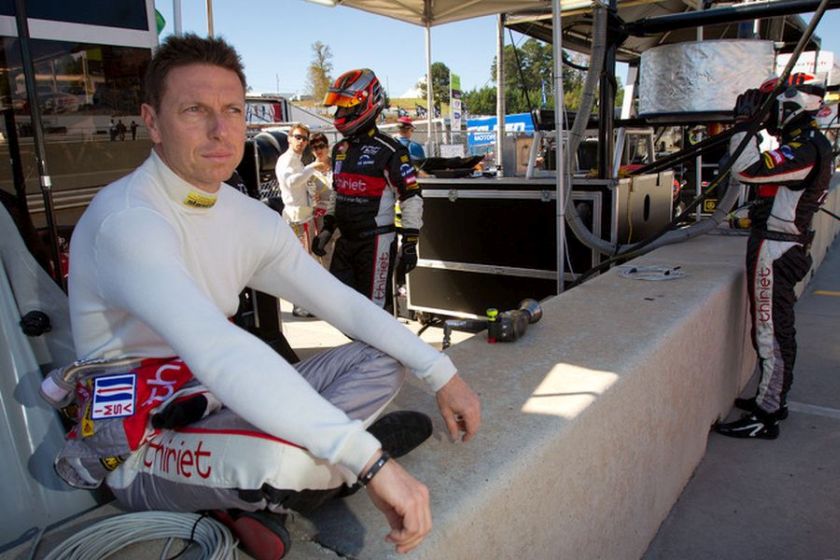 For the 2012 sports car racing season, Tinseau joined Thiriet by TDS Racing in several races, including 24 Hours of Le Mans. Driving the #46 Oreca 03-Nissan in the LMP2 class, together with Pierre Thiriet and Mathias Beche, Tinseau finally reached his first Le Mans podium in a career. They were 8th overall and second in the LMP2 class.

In October 2012, the trio in the #46 Oreca finished fourth at Petit Le Mans. The race was also a part of the European Le Mans Series and they were the best ELMS crew.

In the following years, Tinseau mostly participated in the French V de V Challenge Series with different teams and different prototypes. His last project was the SRT 41 team, which brought him back to Le Mans 24 Hours in 2016 as the Garage 56 entry in the #84 Morgan LMP2.

The SRT 41 team appearance at Circuit de la Sarthe was special because of Tinseau's co-driver Frederic Sausset, who is a quadruple amputee. The third driver was Jean-Bernard Bouvet. They manage to finish the race, making 315 laps around Circuit de la Sarthe.