Freddy Kottulinsky (July 20, 1932 – May 4, 2010) was a German-Swedish racing driver who was active in circuit racing and rallying from early 1960 to 1980s. His biggest success in a career was a victory at 1980 Dakar Rally with Volkswagen Iltis, what was the first ever Dakar victory for Volkswagen. In the open-wheel racing career, Kottulinsky was Swedish F3 champion and European Formula Super Vee champion. In rallying, he recorded seven WRC starts but without any success.

Freddy was born in München as a member of the old Austrian-Silesian noble family and his full name was Winfried Philippe Adalbert Karl Graf Kottulinsky Freiherr von Kottulin. He moved to Sweden in 1953, starting a business with a repair shop.

Freddy was Swedish F3 champion in 1966

He started racing in the early 1960s. His first competition was the Swedish Formula Junior. After that, he progressed to Formula 3, reaching a peak in 1966 when he was Swedish F3 champion. Next year, he was second, losing a title to Reine Wisell. One of his rivals was Ronnie Peterson, who became Freddy's partner, together with Torsten Palm, when Sweden triumphed in the 1970 F3 European Cup for nations.

In the early 1970s, Kottulinsky was successful in the Formula Vee competitions. He was second in the European Formula Super Vee in 1973, losing a title to Helmuth Koinigg. In 1974, Freddy was Formula Super Vee champion, beating Kenneth Persson and Keke Rosberg.

Parallel to his open-wheel racing career, Freddy was occasionally participating in rallying, along with his daughter Susanne (born 1960), who was also rally driver. Freddy's first rally car was BMW 2002. In 1973, when the World Rally Championship was constituted, Kottulinsky participated at Swedish Rally with Toyota Corolla, finishing 23rd.

Later in a career, he recorded six more WRC starts in different events (RAC Rally, 1000 Lakes Rally, Rally Portugal and Acropolis Rally). He was most active in 1979, participating in three WRC events and achieving his best result – seventh place at Rally Portugal with Audi 80 GLE. 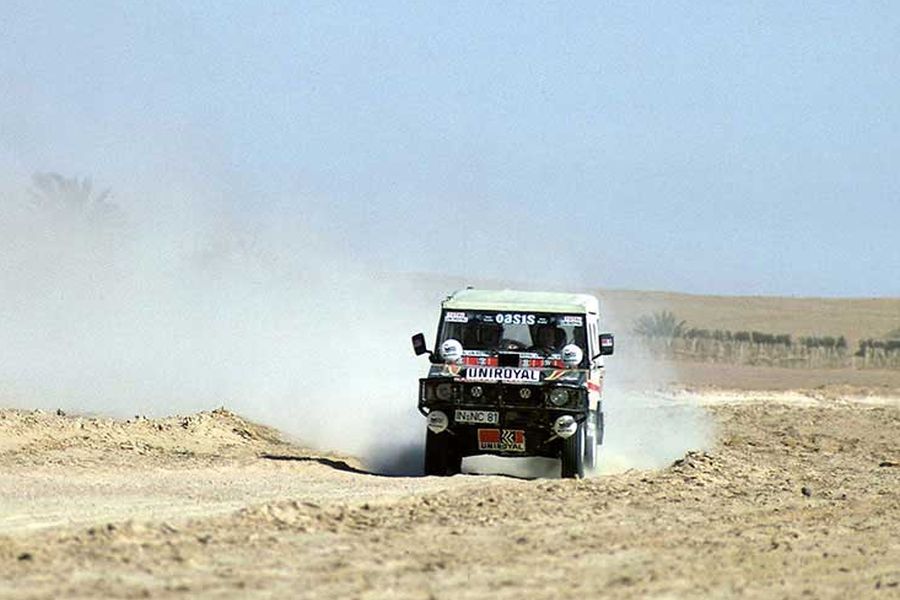 Volkswagen Iltis was a victorious car at 1980 Dakar Rally

Freddy's rally experience led to his arrangement at 1980 Dakar Rally, the second edition of world's toughest cross-country race. He was hired by Volkswagen Motorsport to drive a 4WD Iltis together with navigator Gerd Löffelmann. The car was prepared by Audi and it was using an innovative four-wheel-drive system which debuted in the WRC in 1980 on the original Audi Quattro.

Kottulinsky had no previous experience of racing in a desert but he managed to win the race. He had biggest rivals in Volkswagen team, with Patrick Zaniroli finishing second and Jean Ragnotti in the fourth place.

Working for Audi until retirement

After his triumph in the African desert, Kottulinsky returned to Europe to work for Audi. He participated in a development of Audi Fahrsicherheitstraining (driving school), staying with Audi for next 25 years until retirement.

While working for Audi, Kottulinsky participated in different rally events, mostly in Austria, but also in two races of the 1986 DTM season, driving an Audi 200 quattro.