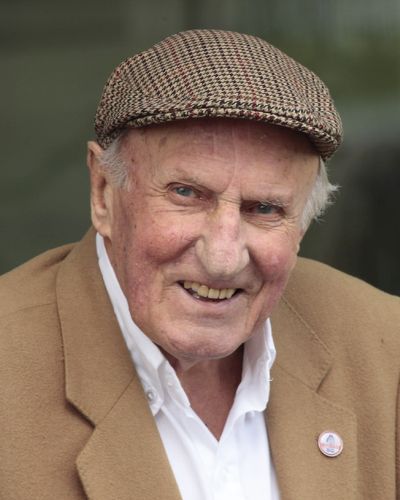 Jack Sears (1930-2016) was a British racing driver who marked the history of motorsport as the winner of the inaugural British Saloon Car Championship (today BTCC) back in 1958. He won one more BSCC title in 1963. Sears was also successful in sports car racing, taking two class victories at Le Mans 24 Hours.

Jack Sears and his wife Diana

Born in February 1930 in Northampton, Jack Sears started his racing career in the early 1950s at the wheel of Cooper-MG. He scored some notable results in 1952; such was the second place at National Castle Combe race or the third place at BARC Goodwood race. In 1953, he was driving a Jaguar XK120, winning the National Silverstone race.

His next car was a Lister-MG in which he also scored several wins and podiums. In 1955, he was running a Lister with bigger Bristol engine. Some other cars he was using in the following years were Lotus Eleven or Austin-Healey 100. 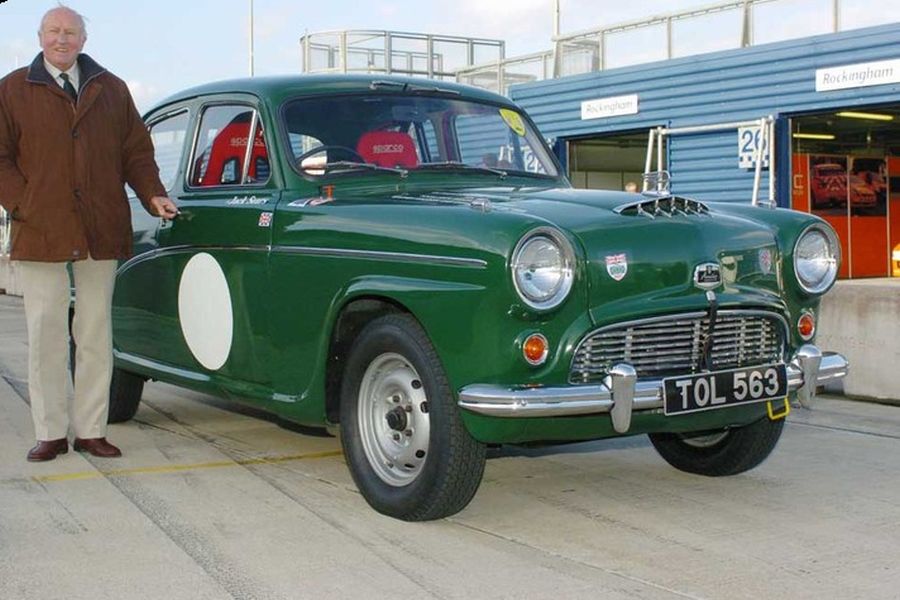 Jack Sears next to his 1958 championship-winning Austin A105 Westminster

The winner of the inaugural British Saloon Car Championship

In 1958, the BRSCC British Saloon Car Championship had been established, opened for cars in four separate classes. Jack Sears was driving an Austin A105 Westminster in C class, finishing the season with tied in points with Tommy Sopwith, who was the best in D class with Jaguar 3.4 Litre.

The initial idea was to decide a champion by the toss of a coin but the drivers refused that so the shoot-out in identical cars was organized at Brands Hatch. Sears and Sopwith raced against each other in Riley One-Point-Five cars and Sears won a championship title after being faster in two races by 1.6 seconds. 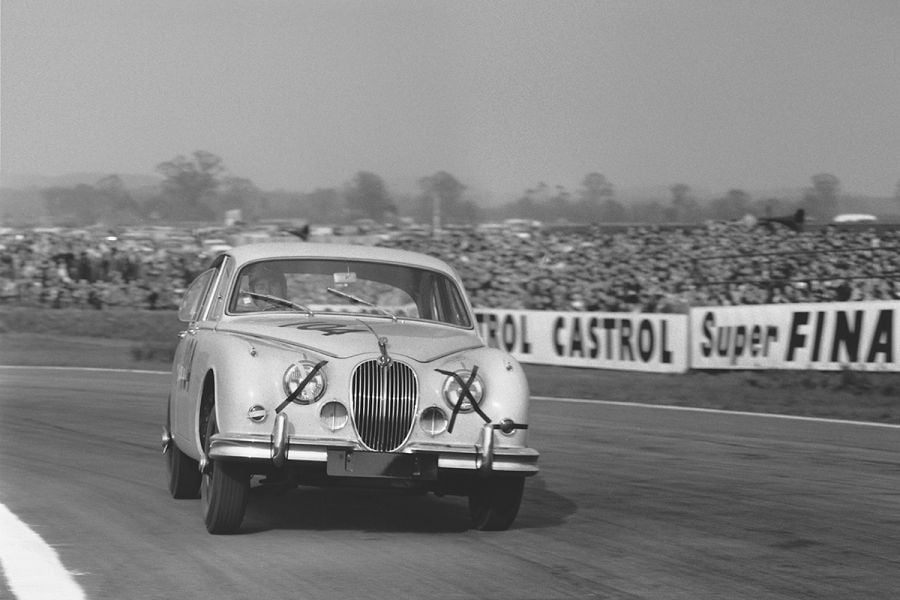 Four BSCC seasons in a Jaguar

In 1959, Sears was driving different Austin-Healey models (100-6 or 3000) in sports car races while in the BSCC he switched to Jaguar 3.4 Litre of the Equipe Endeavour. He participated in just two races, winning one (Brands Hatch).  In the 1960 BSCC season, Sears won two of three races in a Jaguar Mk II.

Sears spent two more BSCC season in a Jaguar, scoring no wins in 1961 and scoring one victory in 1962 to finish first in class and third in overall standings.

During his BSCC years with Jaguar, Sears was driving a variety of cars in sports car races. In March 1960, he made a debut at Sebring 12 Hours in an Austin-Healey 3000, sharing a car with Peter Riley. In the same year, he won several national GT meetings in an Aston Martin  DB4 GT. In June 1960, Sears made a debut at 24 Hours of Le Mans, sharing the #23 Austin-Healey 3000 with Peter Riley. They retired after 11 hours and 89 laps. 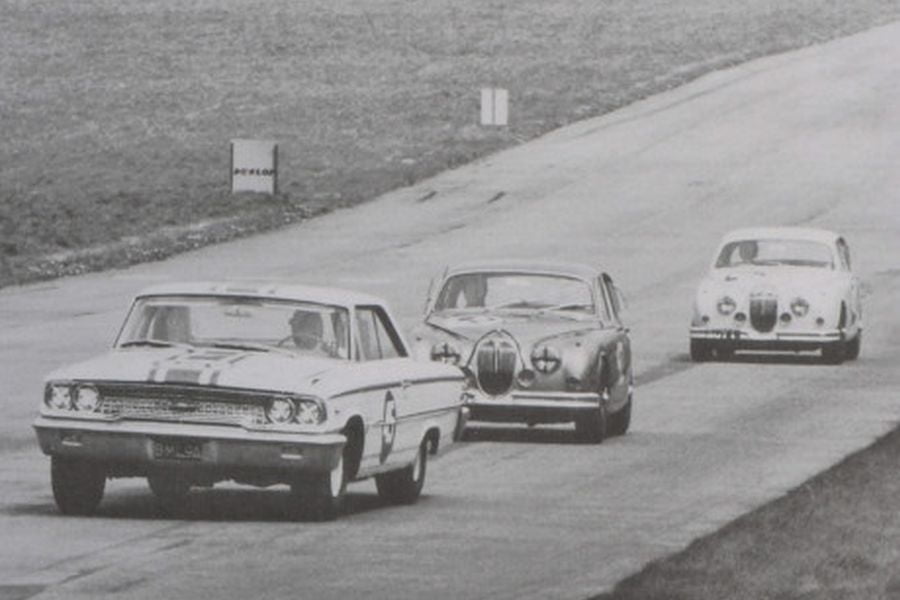 In1963, Sears won the championship with three different Fords

The season 1963 was the exceptional year for Sears as he won one more BSCC title but also scored a class victory at LeMans 24 Hours. In the BSCC, he started a season in a Ford Cortina GT (three races), then switched to Ford Galaxie in four races and then to Ford Lotus Cortina for the last three races. With eight wins over the season, he took the championship title ahead of John Whitmore.

In June 1963, Sears joined Mike Salmon at Le Mans 24 Hours in the #12 Ferrari 330 LMB of Maranello Concessionaires. They finished fifth overall and took a victory in P+3.0 class.

In 1964, Sears continued to drive Ford Galaxie for John Willment Automobile not only in the BSCC, where he won three races, but also in the European Touring Car Championship, winning at Zolder.

He was also driving an AC Cobra in the sports car races for the same team, scoring few good results in national races. At 1964 Le Mans, Sears and Peter Bolton retired in the #3 AC Cobra. In October 1964, Sears and Bob Olthoff finished fifth at Kylami 9 Hours in a Shelby Cobra.

One more celebration at Le Mans in 1965

Jack Sears retired from racing in 1966. His next challenge was an organisational job for the first London – Sydney Marathon in 1968. The idea was born in late 1967 and then the eight-man organising committee was established to create a suitable route for such a race.

Jack Sears was an organising secretary and contributed the most to creating the 7,000-mile route which covered eleven countries. The race started on November 24, 1968, and ended on December 18. 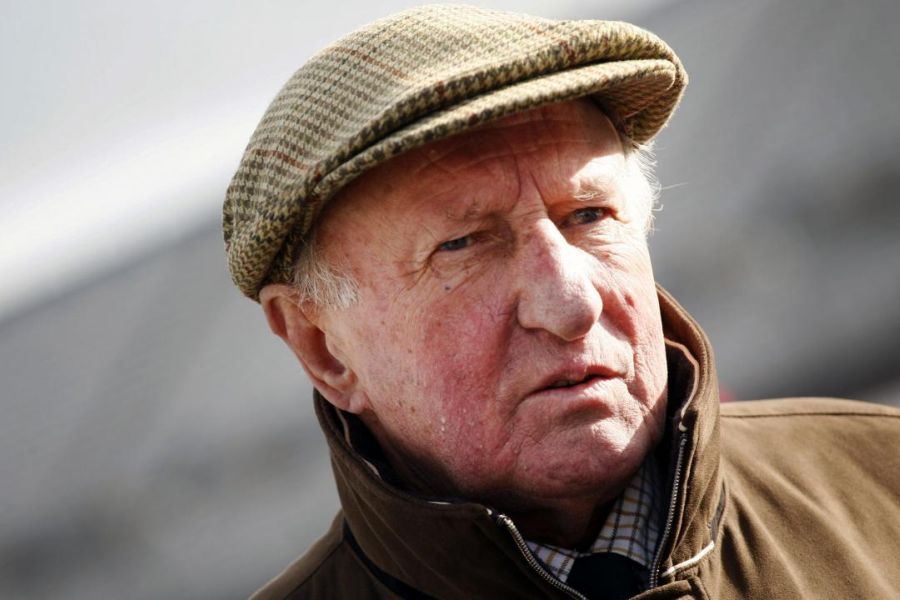