Jaime Melo is a Brazilian racing driver who achieved the most in sports car racing, collecting several championship titles and Le Mans victories during a career.

His most successful period was between 2006 and 2009 when he won GT2 class in the FIA GT Championship and American Le Mans Series. In that period, he scored seven GT2/GT class victories in three endurance classics -  two at 24 Hours of Le Mans, three at Sebring 12 Hours and two at Petit Le Mans. He made all that driving Ferrari race cars.

Earlier in a career, before switching to GT racing, Melo was the Euro Formula 3000 champion in 2002. 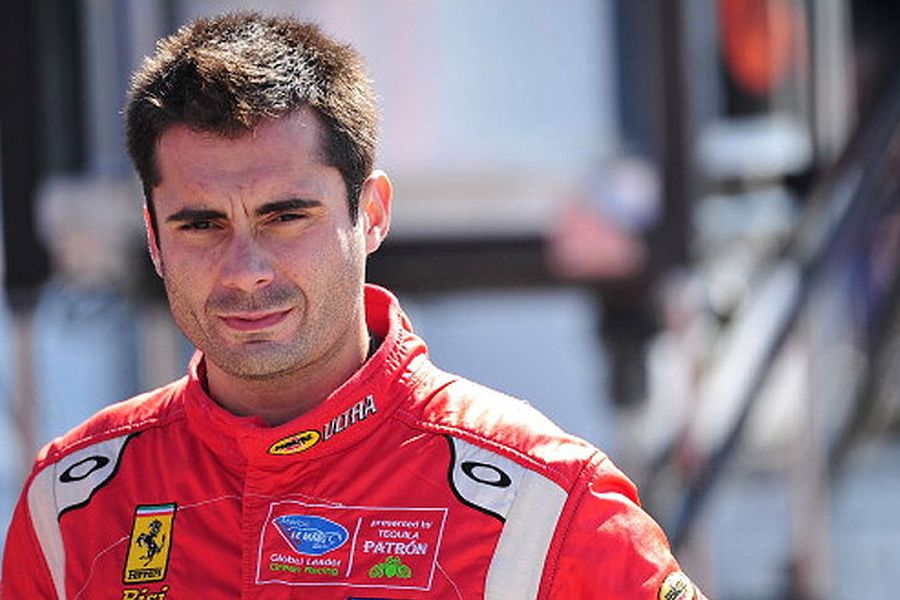 Jaime Melo spent the most of a career driving Ferraris

Born in April 1980, Jaime Melo started his racing career in the Brazilian Formula Ford in 1996. Next year, he made a debut in the South American Formula 3 Championship, spending the first full season in the series in 1998. He won three races in a Dallara-Honda and finished as a runner-up in the championship, behind Nestor Gabriel Furlan.

In 1999, Melo was a race winner six times but it wasn't not enough to take the championship trophy. He was second again, losing a title to Hoover Orsi.

In 2000, Melo made a step up into the International Formula 3000 Championship, driving for Petrobras Junior Team. He scored no wins or podiums, finishing 14th in the points. Next year, he moved to Durango team, scoring his maiden F3000 podiums in his home race at Autodromo Jose Carlos Pace. It remained his only podium that year and he finished the season 12th in the points.

In 2002, Melo didn't return to International F300 but he competed in the Euro Formula 3000 Championship.  Driving for Great Wall Racing Team, he won three races and took the championship title ahead of Romain Dumas.

In 2003, Melo participated in just three Euro 3000 races, winning at Circuito de Cagliari, but his main was to race in the Formula Renault V6 Eurocup. He was a race winner four times, finishing fifth in the points.

Jaime Melo early in a career as an F3000 driver

Switching to GT racing in 2004

In 2004, Melo left single-seaters and switched to GT racing, spending a season as a Ferrari driver. He raced mostly with JMB Racing in the FIA GT Championship and Le Mans Series but also made a couple starts with GPC Squadra Corse.

The highlight of the season was a victory in FIA GT race at Donington, where he was sharing the #17 Ferrari 575 Maranello GTC with Karl Wendlinger. In June, he made Le Mans 24h debut in JMB Racing's Ferrari 360 Modena, not finishing the race.

In 2005, he spent the most of the season in GPC Sport's Ferrari 575 Maranello in the FIA GT Championship, scoring no wins and just one podium. 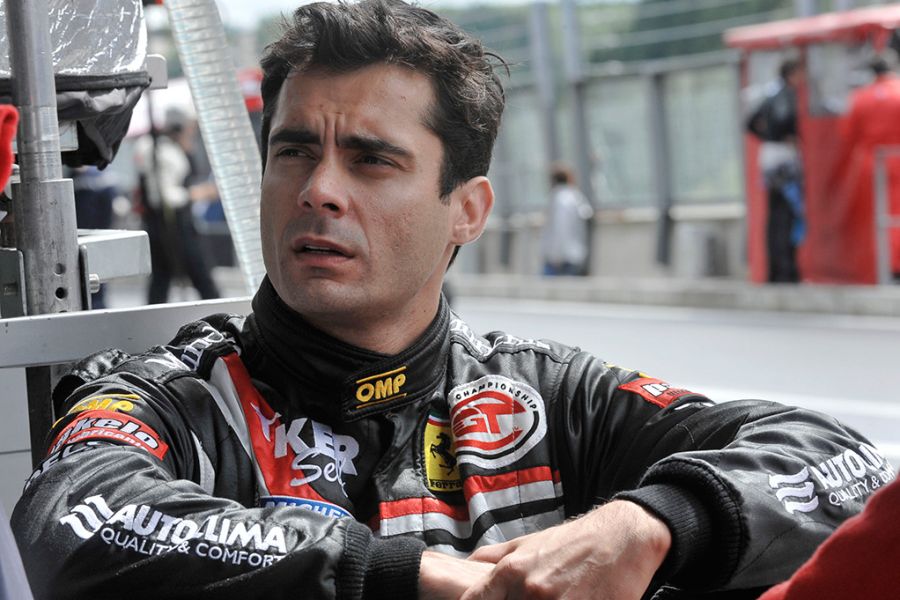 Jaime Melo was the GT2 class FIA GT champion in 2006

In 2006, Melo had a double programme with Ferrari teams. He was driving the #58 Ferrari F430 GTC for AF Corse in the FIA GT Championship, scoring two wins and seven podiums in the GT2 class to become a champion. For most of the season, his partner was Matteo Bobbi.

Parallel to FIA GT commitments, Melo was driving the #62 Ferrari F430 GTC in the American Le Mans Series for Risi Competizione. He won two times in GT2 class, sharing a car with Mika Salo, to finish ninth in the points. 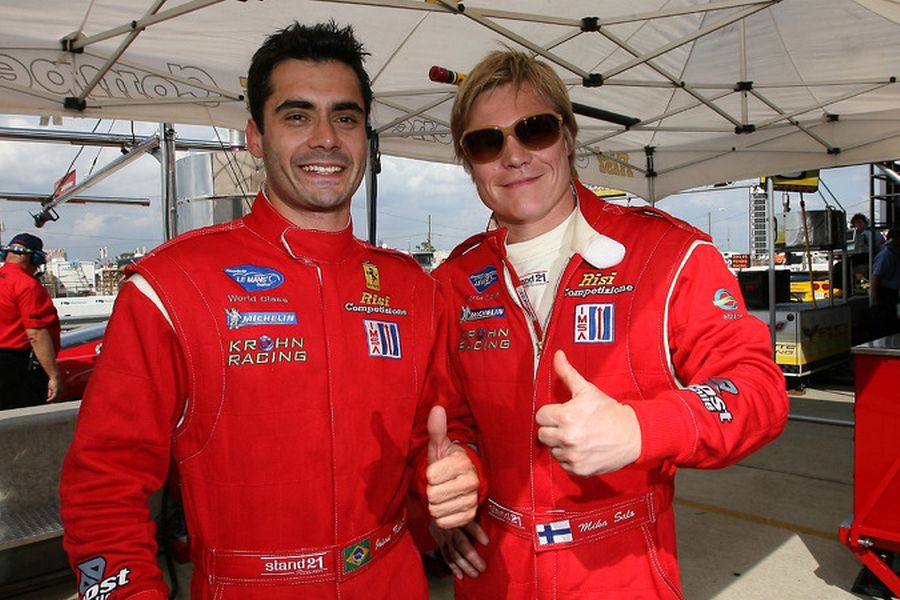 In 2007, Melo spent a full season with Risi Competizione in the American Le Mans Series, taking the championship title in GT2 class. He won eight of twelve races sharing the #62 Ferrari with Mika Salo. One of those wins was at Sebring 12 Hours. The third driver in that race was Johnny Mowlem.

A year later, in June 2008, Jaime Melo clinched his first victory at Le Mans 24 Hours. He was GT2 class winner together with Mika Salo and Gianmaria Bruni in the #82 Risi Competizione Ferrari F430 GT2. In the 2008 ALMS season, Melo scored two wins in GT2 class (Mosport, Petit Le Mans) to finish fourth in the points.

In June 2009, Jaime Melo and Mika Salo defended their Le Mans victory. The third driver in the #82 Risi Competizione Ferrari F430 GT2 was Pierre Kaffer. In the American Le Mans Series, Melo finished second in GT2 points in 2009 with two wins on his account, at Sebring and Petit Le Mans. He also joined Team Modena in three races of the Le Mans Series.

Jaime Melo gained a lot of success with Risi Competizione

Driving for Risi Competizione until 2011

Melo stayed with Risi Competizione for two more seasons in the American Le Mans Series. In 2010, he was a race winner three times (Sebring, Miller, Mid-Ohio)  and finished fourth in GT classification. In 2011, he won only one race (Road America) to finish sixth in the points.

Part-time schedule in the 2012 FIA WEC

In 2012, Jaime Melo joined Luxury Racing in the first three rounds of the revived FIA World Endurance Championship. He was driving the #59 Ferrari 458 Italia GT2 in GTE Pro class at Sebring, Spa and Le Mans. He recorded DNF at Sebring, third place at Spa and second place at Le Mans. His co-drivers in his last Le Mans attempt were Frederic Makowiecki and Dominik Farnbacher. 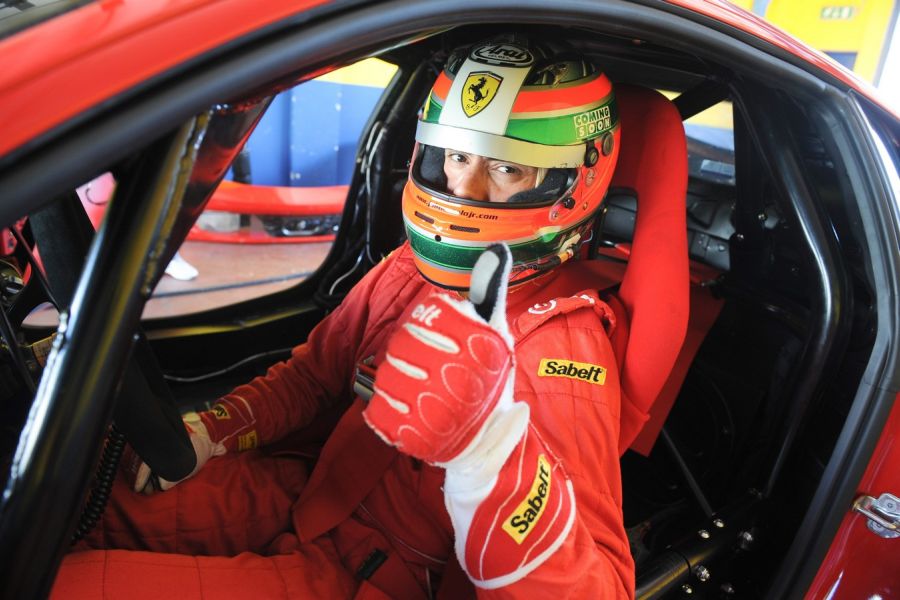 Slowing down in 2013, returning in 2016 to the Italian championship

Melo already slowed down his racing commitments in 2012 and then he was completely out of racing in 2013. In April, he was arrested under the charges of leaving the scene of an accident and driving under the influence of alcohol and narcotics.

In 2014, he made one guest start in the Brazilian Stock Car racing series and then returned to race track in Italy in 2016, participating in two rounds of the Italian GT Championship with VS Racing's Lamborghini Huracan and Easy Race Ferrari 458 Italia GT3.

In 2017, Melo expanded his racing activities in the Italian GT Championship, joining Easy Race team in three rounds. He was sharing the #70 Ferrari 488 GT3 with Niccolo Schiro, scoring three podiums in six races.