Janne Tuohino is a rally driver and team owner from Finland, born in 1975, who started his career in 1993 and is still active with occasional appearances in international events.

He recorded 49 starts in the World Rally Championship so far, serving also as a factory driver for Ford and Škoda. He never won WRC event or reached a podium, finishing best in the fourth place at 2004 Rally Sweden. In 2002, he finished third in the final classification of the Junior WRC. A year earlier, he was Finnish rally champion. 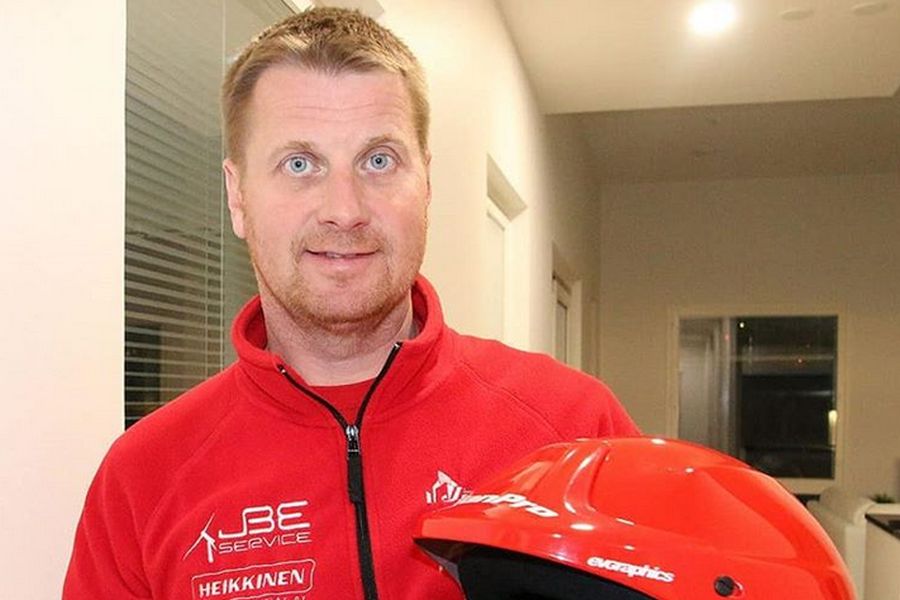 After driving a home-made ice-racing car at grandmother's frozen lake as a kid, Janne Tuohino officially started his career in 1993 with an appearance at Kiiminki rallysprint event in a Toyota Starlet. Then, he started rallying in 1994 at the wheel of Ford Escort RS 2000, later switching to Lancia Delta.

His next car was an Opel Kadett GSi and then Opel Astra GSi. Driving an Astra, he made WRC debut in 1996 at the 1000 Lakes Rally, with Risto Pietilainen as his co-driver. He didn't finish the rally due to mechanical issues. 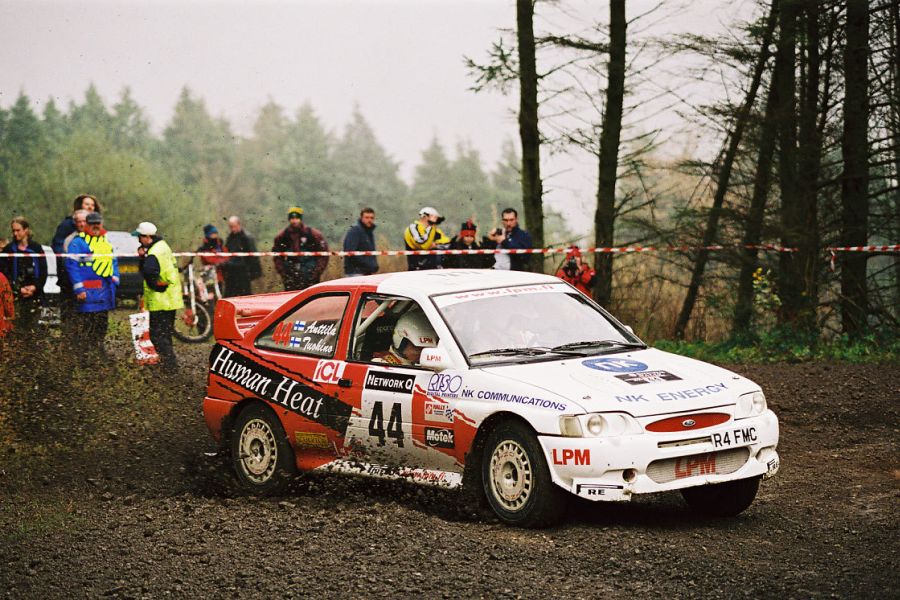 Tuohino's first World Rally Car was the Ford Escort in 1999

In 1999, he became Finnish Group N champion in a Mitsubishi. Outside Finland, he recorded three WRC starts in two different cars. He was driving Ford Escort WRC at Rally Finland (8th) and Rally GB (DNF), and Volkswagen Polo at Rally Australia (DNF). His co-driver that year was Miikka Anttila. 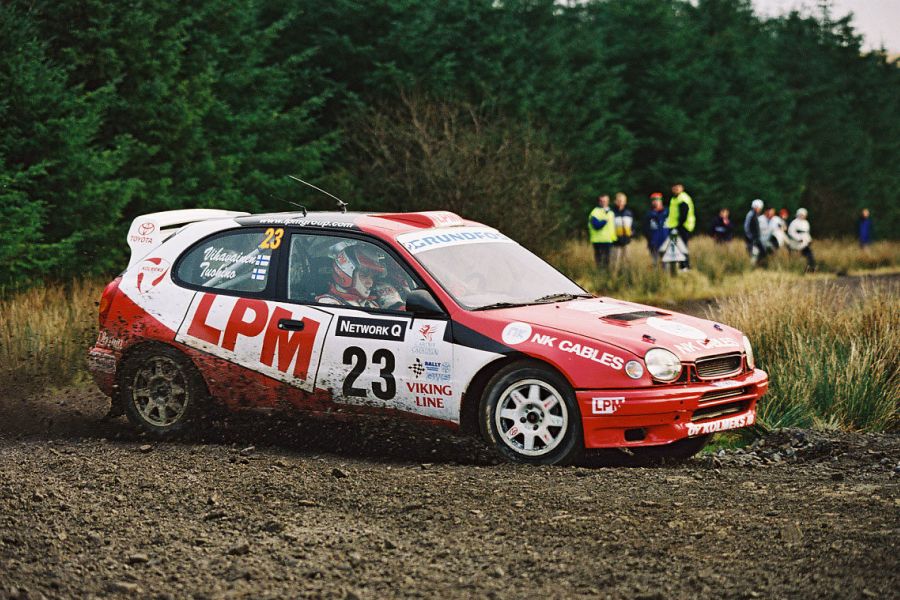 Janne Tuohino in a Toyota Corolla WRC at 2001 Rally GB

In 2000, Tuohino and Anttila were sharing the cockpit of a Toyota Corolla WRC both in national and international events. Tuohino participated in WRC events that year, recording 15th place in Sweden and three DNFs in Portugal, Finland and Great Britain.

In 2001, he stayed in a Toyota Corolla, having Petri Vihavainen as his new navigator. They won the Finnish championship title. In the WRC, he was 11th at Rally Sweden, 11th at Rally Finland and recorded DNFs at Rally Catalunya and Rally GB. 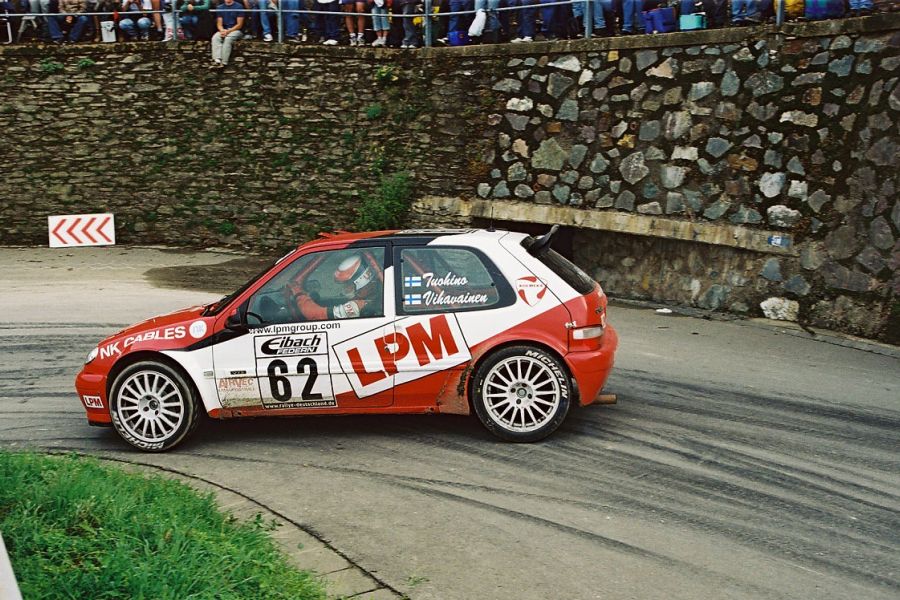 In 2002, Janne Tuohino was third in Junior WRC classification

In 2002, Tuohino spent a season in the Junior WRC competition, driving a Citroen Saxo S1600. He climbed to the top of the JWRC podium at Acropolis Rally and finished third in the overall classification, behind Dani Sola and Andrea Dallavilla. Outside JWRC, Tuohino was driving a Ford Focus RS WRC 01 in three WRC events.

In 2002, he switched to Ford Focus RS WRC 02 for two WRC events but also used that car in the Finnish championship. He picked up his first WRC points by finishing seventh at Rally Sweden. He was second in the national championship, losing a title to Sebastian Lindholm. 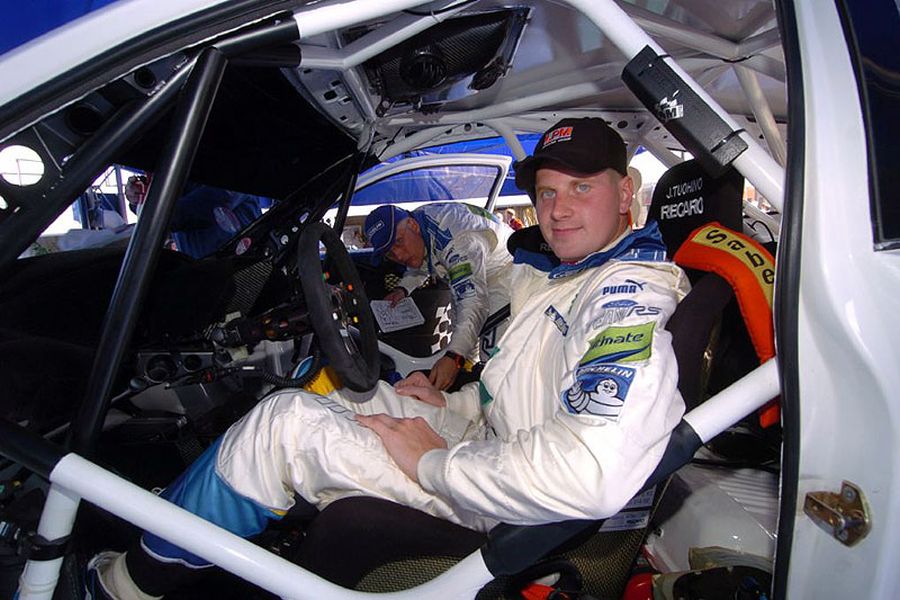 So close to WRC podium at 2004 Rally Sweden

In four more WRC events, he was driving privately-entered Focus RS WRC 02. He scored points three times in those four attempts, finishing the season ninth in the final WRC classification and the best among privateers.

For the 2005 WRC season, Tuohino joined Škoda Motorsport to drive a Škoda Fabia WRC. He was sharing the second car with Jani Paasonen alongside full-time leading driver Armin Schwarz.

Tuohino participated in seven WRC events, not scoring points. His best result was the ninth place at Cyprus Rally. His navigator was Mikko Markkula.

Slowing down an international career since 2006

Tuohino stayed without a factory drive in 2006 and he then slowed down his international career. He participated in just two WRC events with his private Citroen Xsara WRC, finishing tenth in Sweden and sixth in Finland.

He was out of WRC events in 2007 and 2008, participating just in national rallies with different cars. 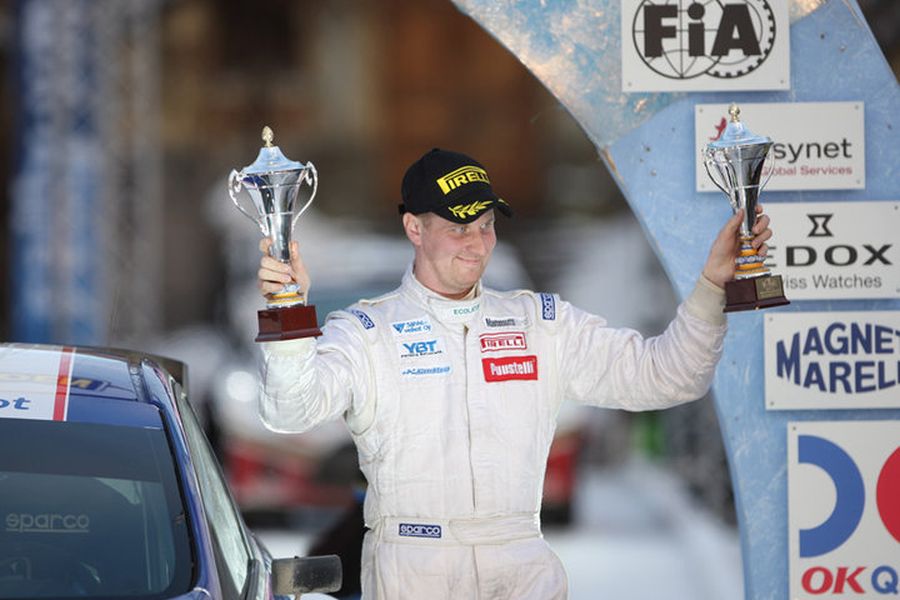 Interrupted season in the SWRC

In 2009, Tuohino spent a season in the Finnish Rally Championship with three different cars (Mitsubishi Lancer Evo IX, Subaru Impreza STi and Peugeot 207 S2000), finishing third in the points. He drove Peugeot in the Finnish WRC round also, not finishing the rally.

In 2010, Tuohino planned to spend a season in the SWRC championship with Ford Fiesta S2000. He participated in five events, even scoring a podium at Sweden, but due to a lack of budget, he didn't complete the season and he was excluded from the championship.

Occasional appearances in the WRC since 2016

After that, Tuohino was out of rallying for a couple of years, participating only at Arctic Lapland Rally in 2014 and winning the rally in a Ford Fiesta R5. He made one-off WRC return in 2016, driving Toksport's Ford Fiesta R5 at Rally Finland.

He reappeared in the World Rally Championship in 2018, again with Toksport WRT. This time, he was driving a Škoda Fabia R5 at Rally Sweden, finishing 16th overall and fifth in WRC2 class.

Tuohino's last WRC appearance (so far) followed in February 2019 when he was driving new-generation Ford Fiesta WRC at Rally Sweden, picking up one championship point with 10th-place finish. 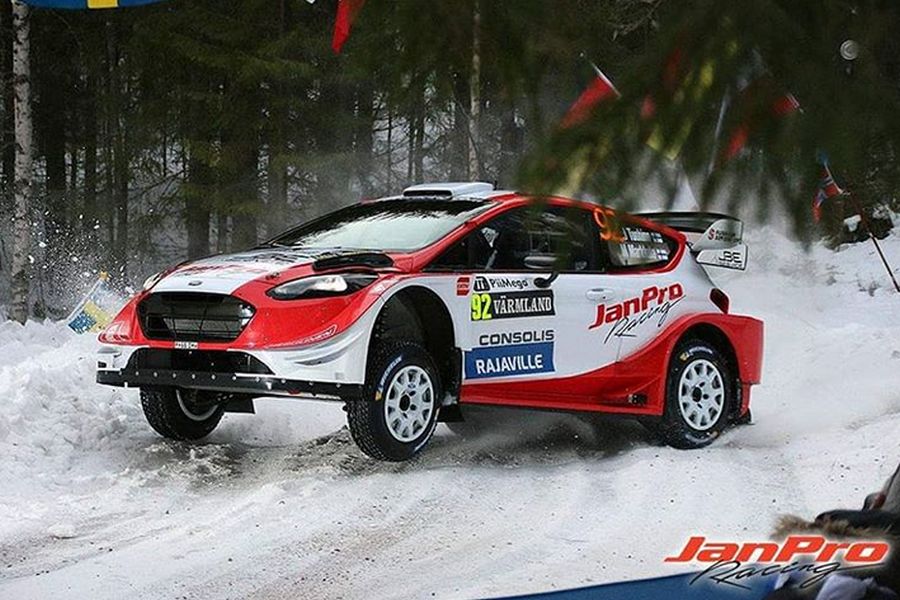