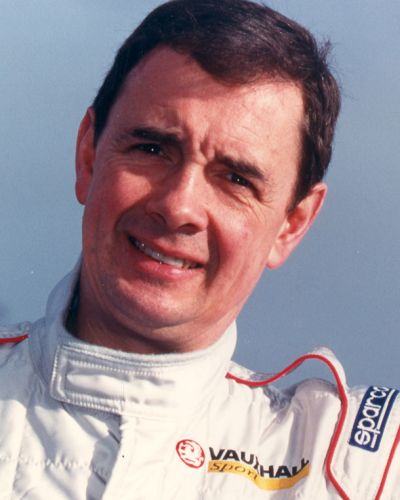 John Cleland is a former British racing driver who has competed in many series but is best known as a two-time British Touring Car Championship title winner.

He was born on 15th of July 1952 in the town of Wishaw, in North Lanarkshire in Scotland. John’s racing career started in 1971 and over the years he has competed in the various rallycross, autocross and hill climbing events. He won many national and international events during 1970s before switching to Production Saloon Car Championship.

Vauxhall was inevitable for all the trophies

During six season in the PSCC, Cleland scored 16 wins, 17-second places, and 14 third place finishes driving mostly Vauxhalls and Opel Monzas. In the following three years, Cleland competed in the British Thunder Saloon Car Championship, driving a Holden VK Commodore with which Peter Brock won the famous Bathurst 1000 race in 1984. That was a pretty successful period for Cleland who scored championship wins in 1986 and 1988.

The British Touring Car Championship was the next stop for the experienced driver. He quickly adapted to the touring cars racing and won the 1989 BTCC title in his first attempt. Driving a Vauxhall Astra, he took the title scoring 11 C class wins from 13 starts what was an excellent beginning and announcement of the very successful decade. In the following year, Cleland competed in the B class of BTCC, driving a Vauxhall Cavalier, and finished 5th over after he has scored four wins in his class.

In the following year, Cleland finished as the BTCC vice-champion, finishing 32 points behind Will Hoy while in 1992 he was 3rd in the championship, finishing behind Hoy and the new champion Tim Harvey. The 1993 BTCC campaign saw Cleland finishing 4th in the standings, but he debuted at Bathurst 1000, driving alongside the legend Peter Brock. Despite the big mechanical failure of their Holden Commodore VP, the two managed to finish the race at 17th place.

Another BTCC title won in 1995

After again has finished 4th in the BTCC 1994 campaign, Cleland in the following season won his second and the last title. Still driving Vauxhall Cavalier during 1995 campaign, John scored six wins. He was especially impressive during the mid-season when he scored four consecutive victories – at Brands Hatch, Silverstone and twice at Donington Park.

Cleland stayed in the BTCC for another four years, but without too many success. He had to wait two and a half year for the new race win. In 1998 he again twice was the winner at Donington what were his last triumphs in the national touring car championship. In 1999, his last year in the series, Cleland finished 13th what was his worst result. During his time in the BTCC, John Cleland entered 208 races, 98 of them finishing on the podium.

In the period from 2000 to 2004, Cleland sporadically appeared as a guest in British GT, V8 Supercars Series, and Porsche Carrera Cup, but without too much success. However, he is still one of the best British touring cars racing drivers of all times.

After he has retired as a racing driver, Cleland remained involved in motorsport as he works as a TV commentator for Eurosport, covering the World Touring Cars Championship events. He also runs Volvo and Jaguar cars dealership in Scotland.