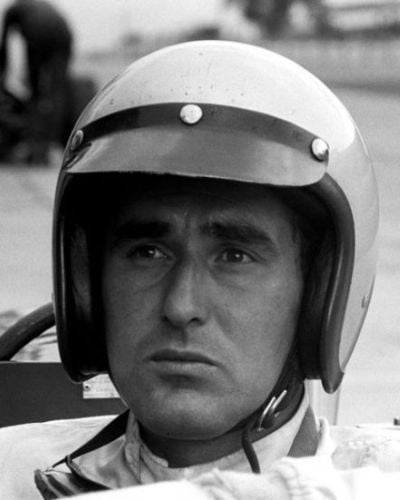 Lorenzo Bandini (1935-1967) was a racing driver from Italy who recorded 42 starts in the Formula One World Championship between 1961 and 1967. He was a race winner once, in the 1964 Austrian Grand Prix. Bandini has been killed in a crash during the 1967 Monaco Grand Prix.

Beginning of the racing career

Lorenzo Bandini was born on December 21, 1935, in the town of Marj in Libya which was an Italian colony. When Lorenzo was still a kid, his family returned to Italy and lived near Florence. As a teenager, Bandini left school and began to work as an apprentice mechanic in a garage in Milan.

In the mid-1950s, Bandini started his racing career. He began with motorcycles and in 1957  he debuted in the car racing, driving a borrowed Fiat 1100. Next year, Lorenzo borrowed the Lancia Appia Zagato from the owner of the garage and his future father-in-law to race in Mille Miglia. That famous race was a great opportunity for the racing enthusiast. Bandini scored a class win, while later that season he won the class in Monza 12 hours driving a Berkeley.

His talent was obvious and caught the eyes of many, but Bandini still had to pick some experience. He drove in Formula junior until 1961 which helped him a lot before making a debut in the formula racing top tier. Bandini’s best result before entering the world of Formula 1 was the 4th place in the 1960 Formula Junior World Championship.

Lorenzo’s big moment arrived in 1961 when he raced in Formula 1 for the first time while driving a Cooper-Maserati for Guglielmo Dei's Scuderia Centro Sud in the non-championship Pau Grand Prix in 1961. He finished third behind Jim Clark and Jo Bonnier. The same result he achieved in the Naples Grand Prix, another non-championship race.

That year he drove in four Formula 1 races. The best result was the 8th place in the Italian Grand Prix. Bandini also finished 12th in the British Grand Prix, while he retired from the races in Belgium and Germany.

In 1962, Bandini signed with Ferrari but raced mostly in the sports car events. However, he had three appearances in the F1 events. The 3rd place in Monaco Grand Prix, behind Bruce McLaren and Phil Hill, was definitely the highlight of the season. Lorenzo also won the non-championship Mediterranean Grand Prix at Autodromo di Pergusa and finished 2nd in the Naples GP.

The following year, Bandini shared his F1 duties between Scuderia Centro Sud and Ferrari. He finished the season without a win but was able to score points in three races before taking the 10th place in the Drivers’ championship which was his best result so far.

As a driver of Ferrari in 1964, Bandini had the best season in the world’s most popular racing series. The beginning of the season was pretty slow as he failed to score in four races, but the poor run was ended with the 5th place in the British Grand Prix. Lorenzo then finished 3rd in Germany and finally scored his first and only F1 championship win in Austria, at bumpy Zeltweg circuit. By the end of the season, the Italian driver also finished 3rd in Italy and Mexico which propelled him to the 4th place overall.

Bandini secured his ride with Ferrari for another year and after a good season, the expectations were high. However, Lorenzo wasn’t able to repeat the success and in 1965 he dropped to the 6th place in the championship, with the 2nd place in Monaco Grand Prix as the best result.

The beginning of the following campaign was promising. Bandini finished 2nd in Monaco and 3rd in Belgium, but later in the season the results weren’t as good. He was on the way of winning the races in France and in the United States but was forced to retire due to the mechanical problems of his Ferrari.

In 1966, Bandini also helped movie director John Frankenheimer with his movie ’Grand Prix’. Lorenzo recommended the location at the harbor chicane for a crash scene in the movie filmed at the Monte Carlo circuit. That selection was probably a bad omen...

Bandini was also known as an accomplished sports car driver who scored some big wins. Driving a Ferrari 250TR with Giorgio Scarlatti, he won Pescara 4 Hours in 1961. The biggest success was definitely the victory in 1963 24 Hours of Le Mans, where he shared the seat of Ferrari with Ludovico Scarfiotti. The same year Bandini also finished 2nd in the famous Targa Florio race.

The Grand Prix of Monaco was one of Lorenzo’s favorite races. He regularly scored good results there and in 1967 he was on the way to score another podium finish as he was running 2nd to Denny Hulme on the 82nd lap. Then he lost control of his car at the harbor chicane and what followed was horrible.

The car hit the light pole and overturned. The fuel tank was ruptured and Ferrari caught fire with Bandini stuck in the car. Marshals pulled unconscious driver out of the car and he was immediately transferred to the hospital. Lorenzo had third-degree burns covering most of his body, many wounds, and 10 chest fractures.

Lorenzo Bandini died on 10th of May 1967, three days after the crash. Nearly 100.000 people attended his funeral in Reggiolo. Later he was buried in the Lambrate cemetery in Milan.