Luca Rossetti, nicknamed Rox, is an Italian rally driver who gained a lot of success in international and national rallying, winning seven championship titles in the last eleven years. 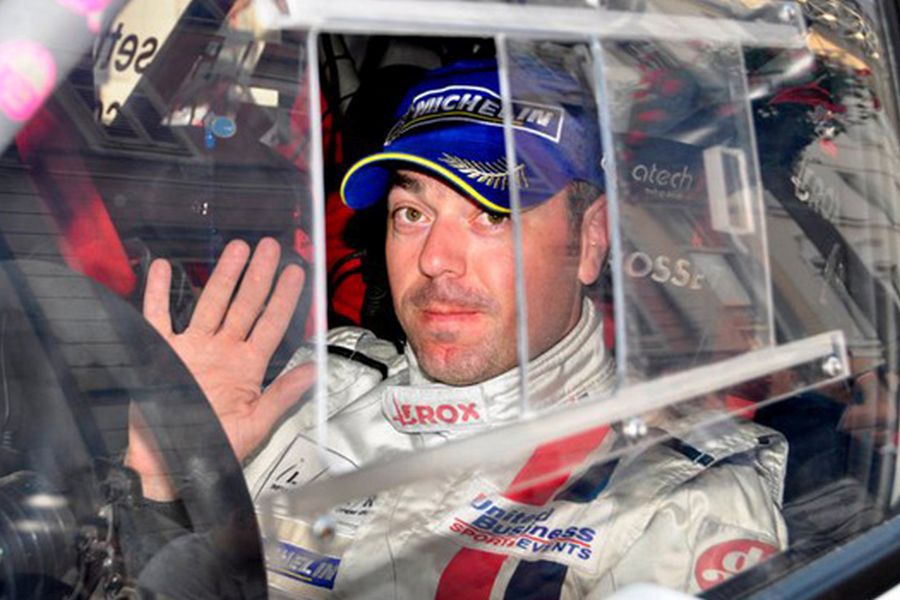 Frequent change of a machinery at the start of a career

Born in March 1976, Luca Rossetti started his rally career in the late 1990s, intensifying his rally activities in 2001, participating in more than fifteen Italian rally events. He was driving mostly a Peugeot 106 S16 but also Mitsubishi Lancer Evo V or Evo VI.

In 2002, Rossetti was driving five different cars in national events, including Ford Escort WRC. His first event outside Italy was the Rally Antibes in France, a part of the European Rally Championship, in a Nissan Sunny GTi.

He drove a variety of cars again in 2003, mostly Citroen Saxo S1600. He scored first ERC podium in that car, finishing third at Rally Alpi Orientali. 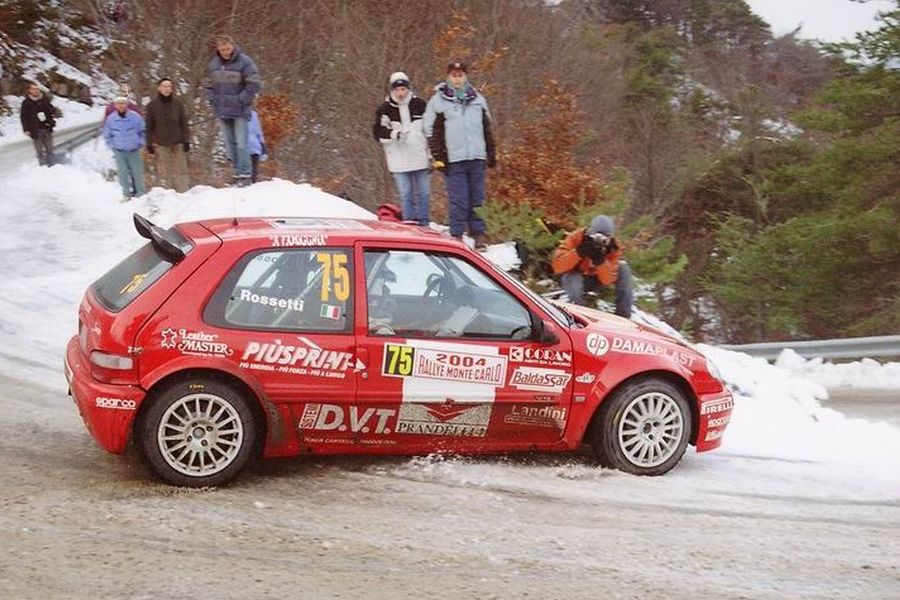 WRC debut at Rallye Monte-Carlo in 2004

In 2004, Rossetti made a World Rally Championship debut at Rallye Monte-Carlo, finishing 13th overall and third in A6 class with Citroen Saxo S1600. Later that year, he went to Finland to participate in famous WRC gravel event, finishing 29th overall and 10th in A6 class.

In the rest of the season, Rossetti competed with Saxo S1600 and C2 S1600 in the Italian events, finishing best in the third place at Targa Florio Rally. 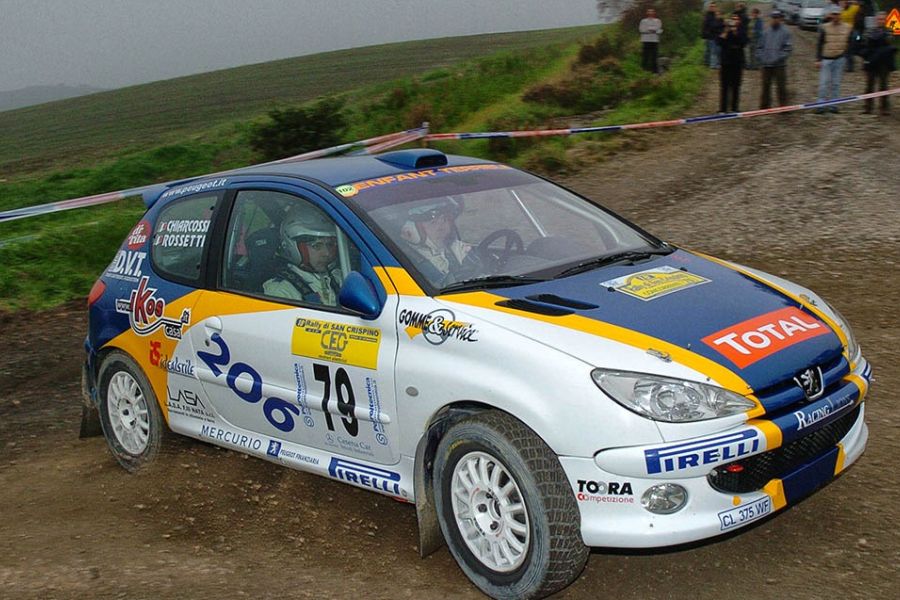 In 2005, Rossetti expanded his WRC schedule to four events. He crashed out with Peugeot 206 WRC at Rallye Monte-Carlo. In other three events, he was driving Mitsubishi Lancer Evo VI/VIII, finishing 35th in Sweden, 26th in Finland and retired at Wales. In the Italian rallies during 2005, Rossetti was driving Peugeot 206 RC, scoring several class victories.

In 2006, Rossetti spent a season in a Peugeot 206 S1600, finishing ninth in the Italian championship. At Rallye Sanremo, which was a part of the Intercontinental Rally Challenge, he finished 8th.

In 2007, Rossetti stayed in a Peugeot but switched to 207 S2000, scoring two wins in the Italian Rally Championship to finish second in the final standings, behind Giandomenico Basso. One of those two wins was at Rallye Sanremo, which also counted for the Intercontinental Rally Challenge. He added one more IRC win at Ypres Rally, finishing fourth in the final IRC classification.

In 2008, Rossetti scored three wins and won the Italian championship in a Peugeot 207 S2000, sharing a car with navigator Matteo Chiarcosi. 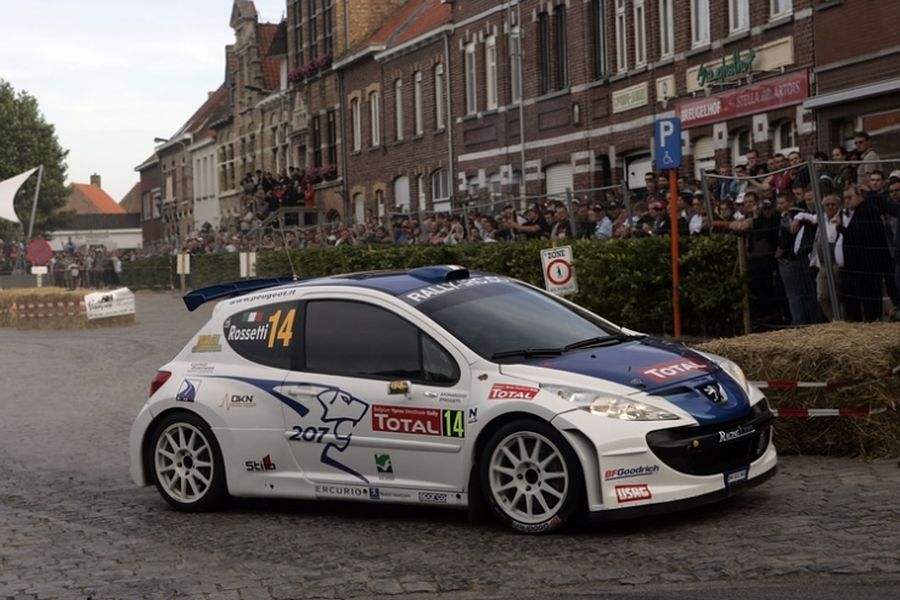 In 2008, Rossetti had a wide schedule of three championships in a Peugeot, spending also a season in the Intercontinental Rally Challenge and European Rally Championship. With two wins and three more podiums, he finished fourth in the IRC points.

In the European Rally Championship, Rossetti won three times and captured his first ERC title. He was an ERC winner at Istanbul Rally, Rally Mille Miglia and Ypres Rally. 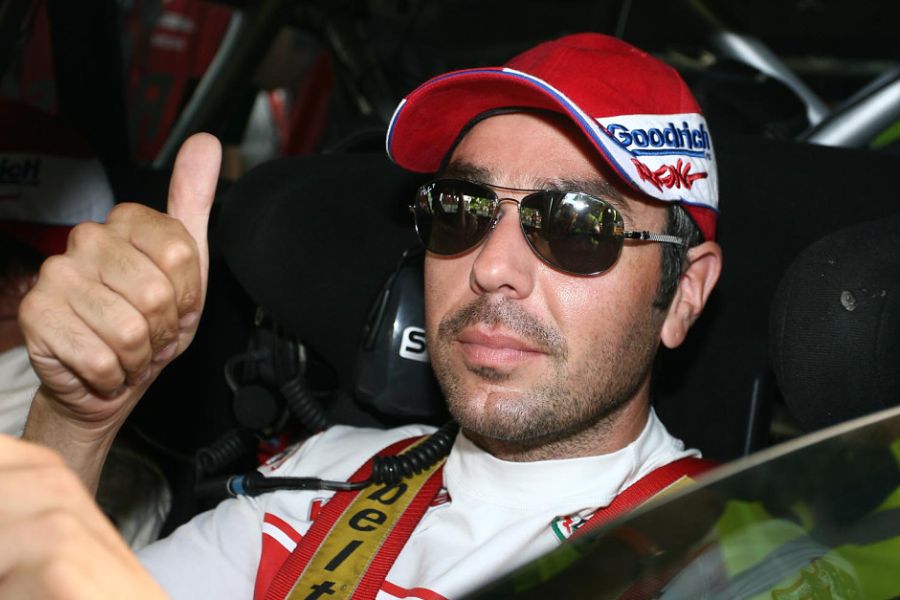 In 2009, Rossetti changed a car, becoming Abarth factory driver in a Fiat Abarth Grande Punto S2000. He raced with that car in four IRC events and different Italian competitions. He won three times in the Italian championship, ending a season second in the points, behind Paolo Andreucci.

In 2010, Rossetti concentrated on the European Rally Championship, winning his second title with four rally wins. He won at Rally Mille Miglia, Croatia Rally, Bosphorus Rally and Rallye du Valais. In the Italian championship, Rossetti was a vice-champion again.

One more victorious season in the European Rally Championship followed in 2011. Rossetti and Chiarcosi were the winners five times in the ERC that season. In the Italian championship, he won once to finish second in the points.

In 2016, Rossetti re-appeared in WRC, participating at Rallye Monte-Carlo in a Renault Clio RS R3T but he was excluded due to technical irregularities. Later that year, he was driving mostly Škoda Fabia R5 but also Toyota GT86 CS-R3 at Barum Czech Rally Zlin.

In 2017, Rossetti continued to combine Škoda Fabia R5 and Toyota GT86 CS-R3. His main competition was the International Rally Cup in which he won four times in a Škoda, capturing his 6th championship title in a career.

The next title followed in 2018, again in the International Rally Cup in which he won three times in a Škoda Fabia R5. He was also driving Hyundai i20 R5 in some events.

One more change of a car followed in 2019 when Luca switched to Citroen C3 R5, finishing third in the Italina championship.