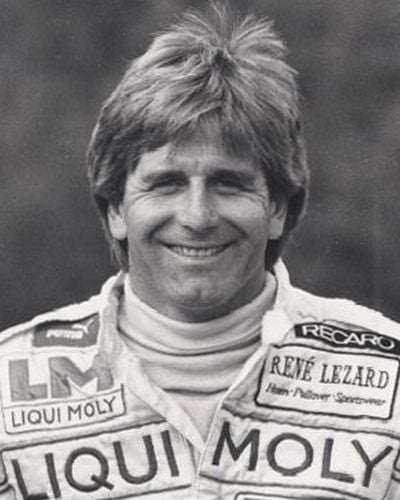 Manfred Winkelhock (1951-1985) was a racing driver from Germany who has competed in different racing disciplines, including Formula 1. He recorded 47 starts in the Formula 1 World Championship between 1982 and 1985, not scoring wins or podiums.

He was also active in sports car competitions, unfortunately losing a life in a crash during Mosport's round of the World Endurance Championship.

Manfred Winkelhock during his Formula 2 days

Late start of the career

Bornin October 1951 in Waiblingen near Stuttgart, Manfred was initially involved in motorsport as a mechanic who sporadically raced over the weekend, but his real racing career started pretty late. At the age of 24, Winkelhock won Volkswagen Junior Cup and his performances weren’t unnoticed.

The BMW was setting up a junior team to race the BMW 320 Group 5 cars powered by Formula 2 engines. Manfred became a part of that project, together with another two future Formula 1 drivers – Eddie Cheever and Marc Surer. In 1978, Manfred has competed in touring cars and Formula 2, scoring a couple of good results. He also survived a first huge crash at Nurburgring, during the F2 race.

Winkelhock, Surer and Cheever in 1977

After finishing 8th overall in his first season, Winkelhock continued to race in Formula 2 until the end of 1981, driving for various teams. The results weren’t perfect. He had a couple of podium finishes, but without any victory. In 1981, he was lucky enough to stay unhurt in another huge crash at Nurburgring after his F2 car backflipped at Quiddelbach.

At the same time, he was driving various BMW cars in many competitions, like DRM in which he was successful, but his main wish was to compete in Formula 1. The first opportunity arrived in 1980 with Arrows team, when he replaced injured Jochen Mass at the Italian Grand Prix but failed to qualify for the race.

Finally, in 1982, he signed with ATS team and the beginning was pretty good because he managed to score points at the Brazilian Grand Prix, taking the 5th place. Interestingly, that was the only Grand Prix in which Manfred managed to pick some points. The rest of the season was poor after Manfred failed to finish almost every race.

The following two years were pretty much the same like his rookie season. He sporadically managed to finish in top 10, mainly thanks to his raw talent, but in almost every race he was forced to retire because of his driving style or because of mechanical troubles. At the end of 1984, he had to leave the team and was replaced with a new BMW’s rising star, Austrian Gerhard Berger. Interestingly, Winkelhock participated in Portuguese Grand Prix, the last race of the 1984 season, for Brabham team and finished 10th.

Winkelhock in an ATS D7-BMW

However, Manfred ended a cooperation with BMW and managed to find a new engagement for the 1985 campaign with Skoal Bandit sponsored RAM Racing team. Unfortunately, the car again wasn’t competitive enough and retired from almost every race.

The things were getting better in the touring and sports cars racing in which the German racer scored some notable results, like that surprising win in the 1000 km of Monza alongside Marc Surer. Sadly, on 11th of August, 1985, during the 1000 km race at Mosport Park in Canada, Winkelhock lost his life. Driving a Porsche 962C, Manfred crashed heavily at Turn 2 and his car hit the wall.

The multiple injuries were bad and despite long and complicated operation and all the efforts of the doctors, Winkelhock died in the hospital next day.

His colleagues and friends described him as a very passionate but wild man who drove fast and in a spectacular way, always living on the edge, but at the same time he has always been committed, supportive and helpful. His short career ended in the worst possible way. His brother Joachim also was accomplished racing driver who was 1993 BTCC champion and 1999 Le Mans winner.

Manfred’s son Markus Winkelhock is also a racer who had one start in Formula 1 Grand Prix at Nurburgring but he is widely known as a successful touring and sports cars pilot, and 2012 FIA GT1 World champion.

Manfred Winkelhock with his son Markus