Nicolas Vouilloz is a French rally driver and former downhill mountain bike world champion. He started with rallying in 2000, debuting in the World Rally Championship in 2001.

Vouilloz recorded eleven WRC starts between 2001 and 2006 but achieved the best results in other competitions. He was the French rally champion in 2006 and won the Intercontinental Rally Challenge in 2008. 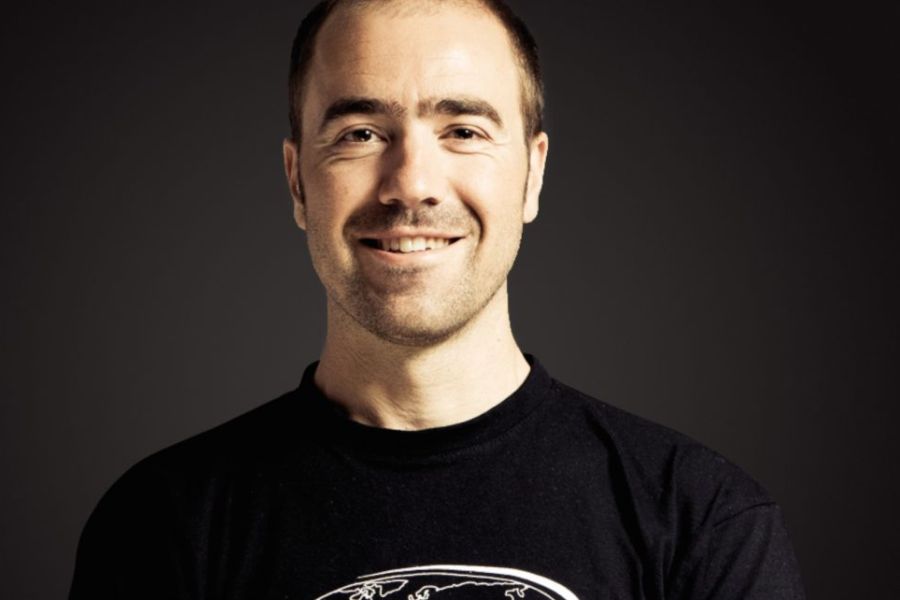 Born in February 1976 in Nice, Nicolas Vouilloz had a fantastic career in the mountain bike racing. He captured his first World Championship title in downhill in 1992 as a junior, repeating that success two more times in 1993 and 1994.

Then, in 1995, he won his first World Championship title in the overall classification. From 1996 to 2002, he added six more titles to his account, becoming the most successful competitor in the history of the championship. 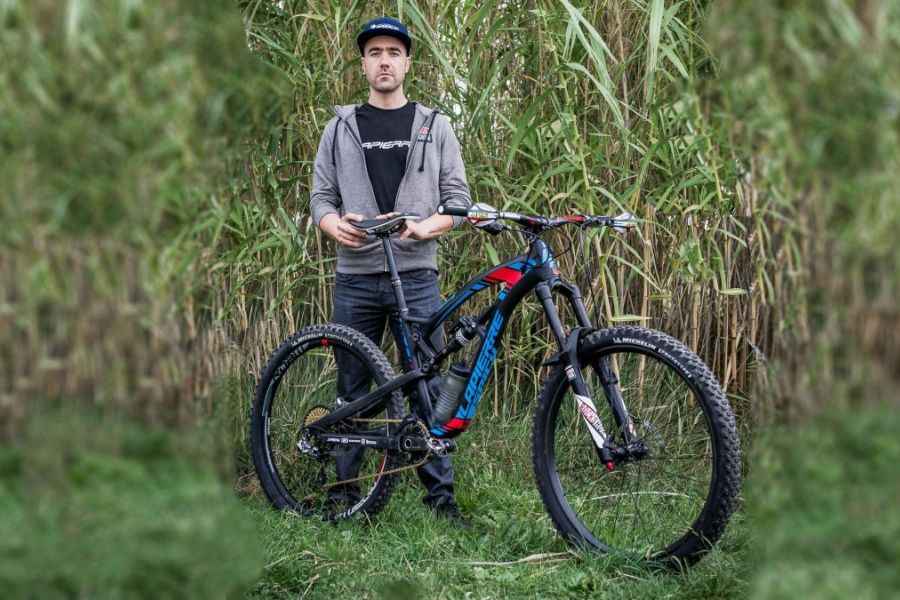 Parallel to his biking career, Vouilloz started with rallying in 2000. After few participations in national events, he made an international debut at 2001 Rallye Monte-Carlo, a part of the World Rally Championship. He was driving a Renault Clio RS in that event but didn't reach the finish.

Vouilloz then switched to Peugeot 106 S16, sharing a car with navigator David Fiorini. The next car was Peugeot  206 XS and then the first great success came in 2003 when Vouilloz became a champion in the national Volant Peugeot competition. 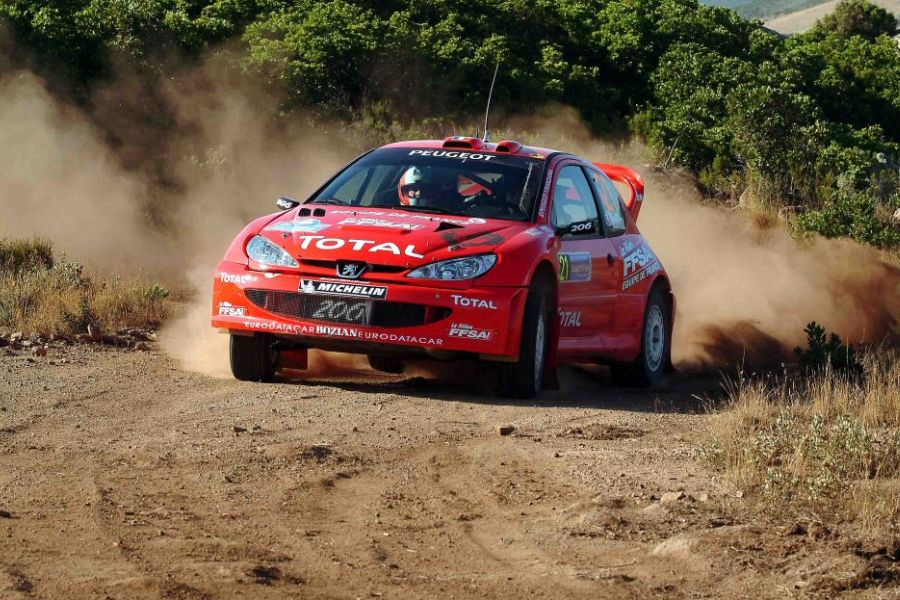 With championship trophy in his hands, Vouilloz became a member of Peugeot WRC programme in 2004, driving a Peugeot 206 WRC for Bozian Racing in seven WRC events. His new navigator was experienced Denis Giraudet, the WRC champion from 1994.

In 2005, Vouilloz raced mostly in the French tarmac rally championship, first in a Subaru Impreza S9 WRC and then in a Škoda Fabia WRC, sharing a cockpit with navigator Patrick Pivato. Scoring one victory and three more podiums, he finished fourth in the points. He was also driving Škoda Fabia WRC in two rounds of the World Championship, finishing 11that Tour de Corse and not finishing at Rally Catalunya.

In 2006, Vouilloz started a season with his last WRC attempt, driving a Peugeot 307 WRC at Tour de Corse. He didn't finish due to an accident. Later that season, he scored four wins with Peugeot 307 WRC in the French tarmac rally championship and took the championship trophy. His navigator was Nicolas Klinger. 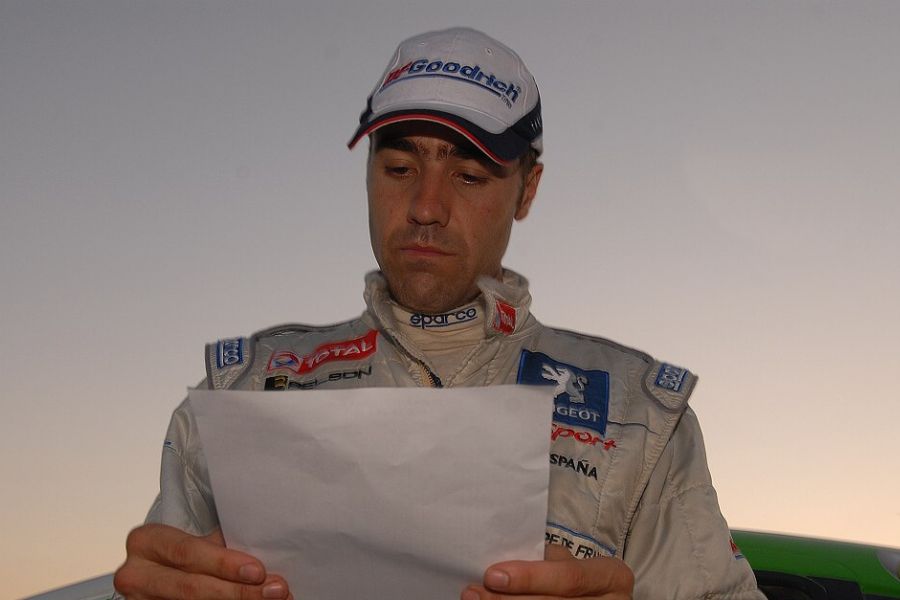 In 2007, Vouilloz returned to international scene, participating in the Intercontinental Rally Challenge. In seven events, he was a winner three times in a Peugeot 207 S2000, at Fiat Rally (Turkey), Barum Rally Zlin and Rallye du Valais. He finished second in the points, losing a title to Enrique Garcia Ojeda.

In 2008, Vouilloz made a step up and won the IRC championship title although he was a rally winner just once, at Rali Vinho de Madeira. However, he recorded seven more podiums and won the title ahead of Belgian rally veteran Freddy Loix.

The last full season for Vouilloz in rallying was 2009. He was sharing a Peugeot 207 S2000 with Nicolas Klinger in the Intercontinental Rally Challenge, scoring four podiums and finishing fourth in the points. 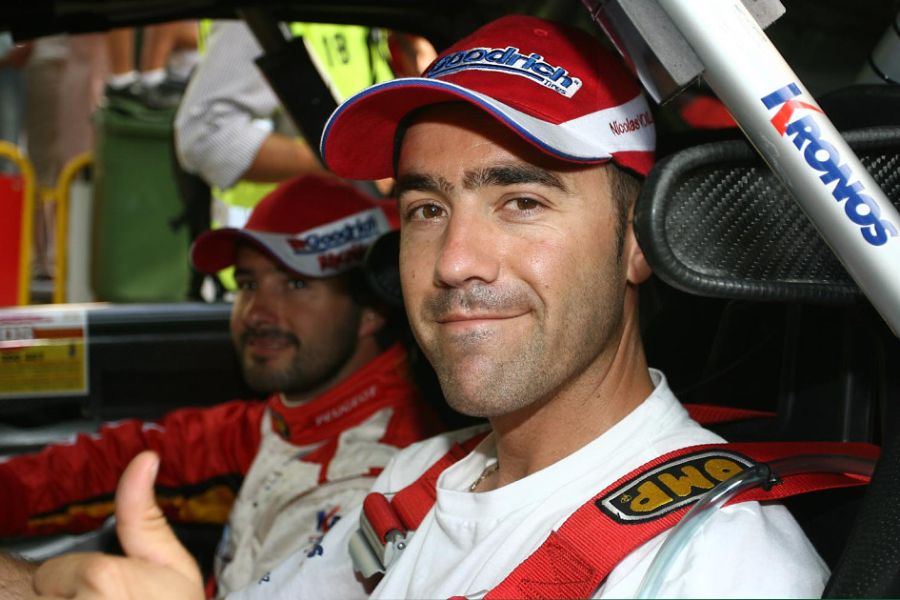 In 2010, Vouilloz was out of rallying, participating in just one event, the Rallye Monte-Carlo, a part of the Intercontinental Rally Challenge. He finished third in factory-entered Škoda Fabia S2000, behind Mikko Hirvonen (Ford) and teammate Juho Hanninen.

Vouilloz returned to Monte-Carlo in 2011, driving again a Škoda Fabia S2000 for Škoda Motorsport. He finished in seventh place.