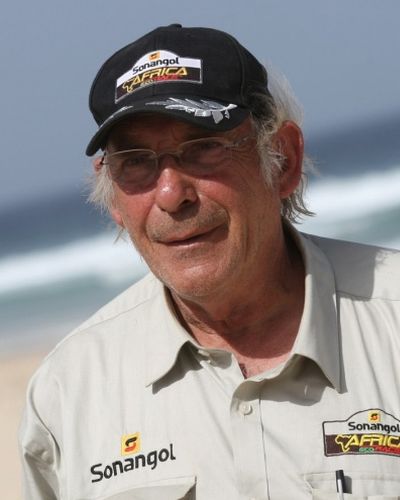 Besides winning the world's greatest rally raid race, Metge was successful also in touring car and sports car racing, catching few championship titles, such were in the 1982 French Touring Car Championship or in the 1987 Porsche 944 Turbo Cup France. 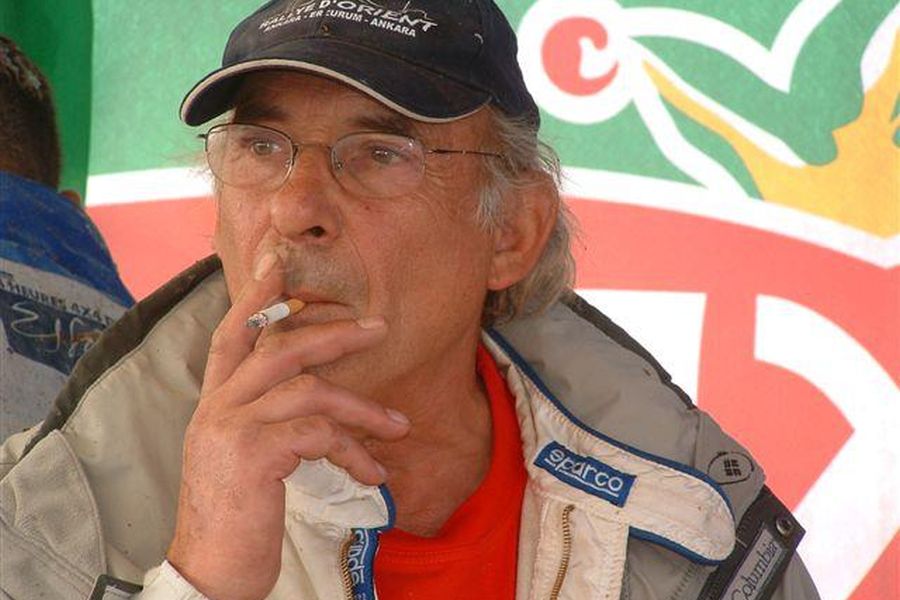 Rene Metge was born in October 1941 in Montrouge, the southern suburb of Paris. In the early 1970s, he recorded some participations in the single-seater races but the first success came in a touring car racing. In 1976, he was second in the French Touring Car Championship, driving a Triumph Dolomite Sprint.

With that car, he also made a debut at Spa 24 Hours, the greatest race for touring car in that time. After technical problems marked his debut at Spa in 1975, he finished the race in 14th place in 1976, sharing a car with Julien Vernaeve and Guy Pirenne.

In June 1977, Metge made a debut at 24 hours of Le Mans. He was driving the #47 Porsche 911 Carrera RSR, sharing a car with Anny-Charlotte Vernay, Dany Snobeck and Hubert Striebig. They finished 18th overall and second in the Group 5 classification.

He continued to drive Triumph in the French championship, finishing sixth in the points in 1977 and then again in the second place in 1978. He had no luck at Spa 24 Hours, retiring both in 1977 and 1978.

Metge returned to Le Mans in 1979, driving the #84 Porsche 934. He, Anny-Charlotte Verney and Patrick Bardinon finishes in the 19th place and third in the GT+3.0 class.

In the same year, he was sharing a Triumph Dolomite Sprint at Spa 24h race with Jean-Pierre Jaussaud. They retired after an accident. 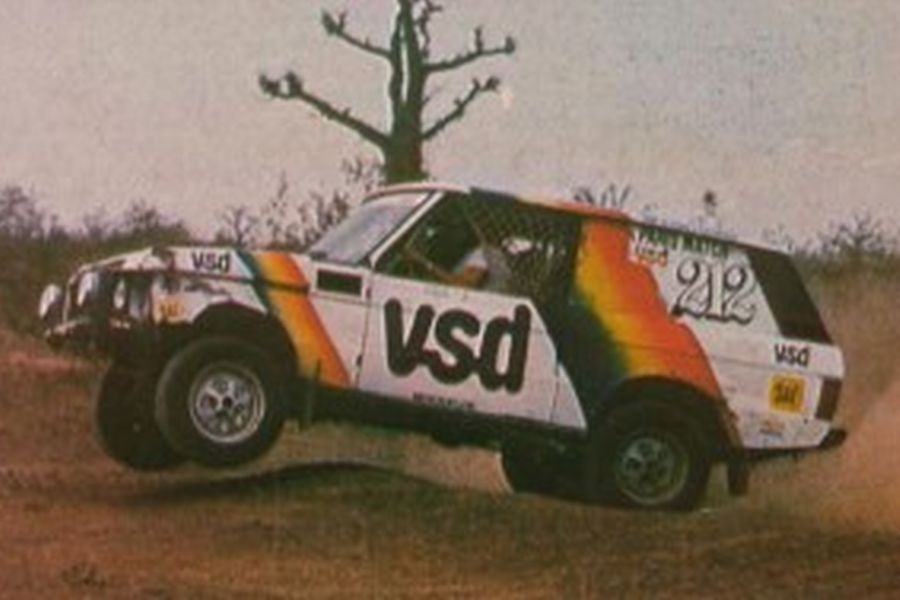 In 1981, Metge triumphed at Paris - Dakar Rally with Range Rover

The next great success came in January 1981. On January 1, Rene Metge's great adventure started from Paris, in a Range Rover alongside navigator Bernard Gorioux. It was his second participation at Paris – Dakar Rally. In 1980, he was driving a Leyland truck.

On January 20, 1981, after twenty days of racing over northern Africa, Metge reached Dakar in Senegal as the winner. It was the second and the last victory for Rover after Alain Genestier has won the inaugural event in 1979.

Metge switched to Rover 3500 in the French touring car races, finishing tenth in the points in 1981 and then clinching a championship title in 1982. In 1983, his last season in the French Touring Car Championship, he finished fourth. In September 1983, he won Tourist Trophy in a Tom Walkinshaw Racing's Rover Vitesse, sharing a car with Steve Soper.

He participated also in endurance races. At 1981 Spa 24 Hours, he was sharing a BMW 530i with Claude Ballot-Lena and Jean-Mars Smadja. They didn't finish the race. Metge managed to finish Le Mans 24 Hours in July 1982, taking fifth place overall and second place in the IMSA GTX class, driving the #78 Cooke Racing's Porsche 935 K3. He was sharing a car with Dany Snobeck and Francois Servanin. 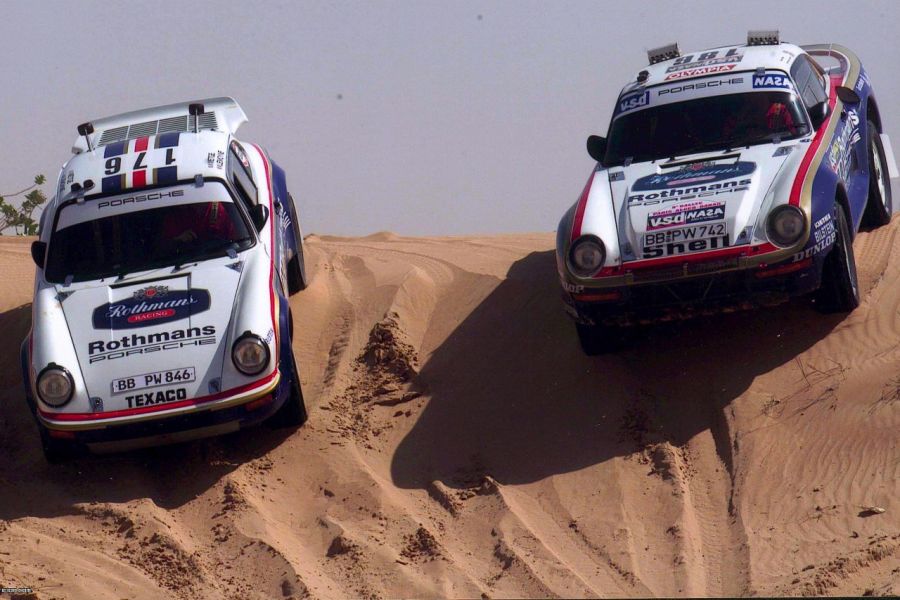 At Paris – Dakar Rally, Metge was driving again a Range Rover in 1982 and 1983. In 1984, he switched to Porsche 911 (Type 953) alongside navigator Dominique Lemoyne. Jacky Icxk was driving the same car. Metge won the event, beating Zaniroli in a Range Rover.

In 1985, the Porsche 959 was introduced. Metge failed to finish but returned stronger in 1986. He scored his third Dakar Rally win, beating Jacky Ickx in the same car.

In a period of his Paris – Dakar glory, Metge continued to race in touring cars and sports cars. In June 1984, he was driving Porsche 956 at Le Mans 24 Hours, sharing a car with Richard Lloyd and Nick Mason. They were disqualified due to outside assistance.

In July 1984, he contested in a BMW 635 CSi at Spa 24 Hours, sharing a car with Claude Ballot-Lena and Gerard Bleynie. They finished in the 14th place. He and Ballot-Lena returned to Spa in 1985, sharing a BMW with Jean-Claude Andruet and finishing in the 8th place.

In June 1986, Metge and Claude Ballot-Lena finished seventh overall at 24 hours of Le Mans, driving the #180 Porsche 961. In August 1986, Metge was fourth at Spa 24 Hours in a BMW 635 CSi, sharing a car with Marc Sourd and Philippe Haezebrouck. 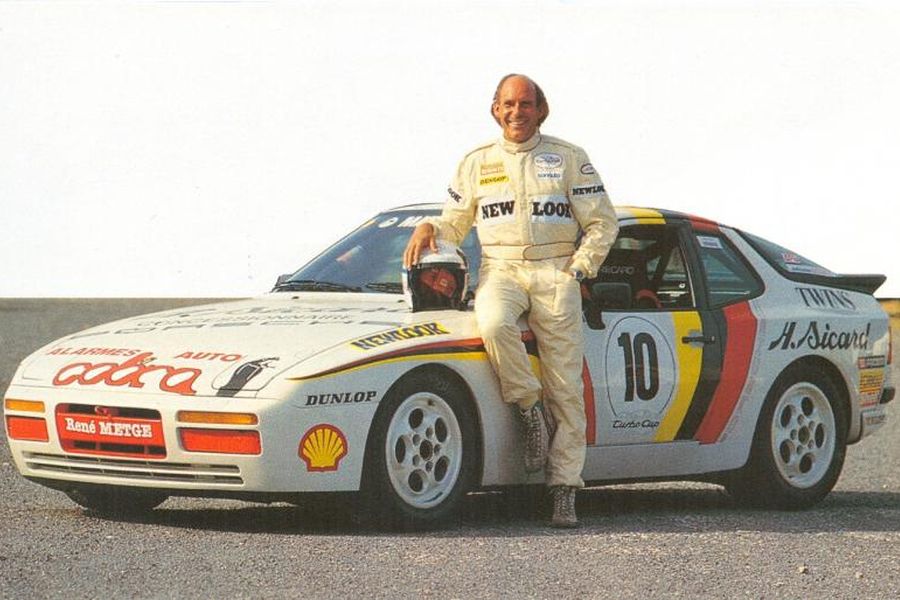 As a Porsche factory driver, Metge participated in the Porsche 944 Turbo Cup France in 1987. He won three times and became a champion. He was a member of Porsche team at 24 hours of Le Mans in June 1987, driving a Porsche 961. He didn't finish the race.

In touring car races, he continued to drive for BMW. At Spa 24 Hours, he retired in a BMW 635 CSi, together with Jean-Pierre Jaussaud and Joel Gouhier.

In 1988, Bavaria Automobiles team hired Metge to drive a Ford Sierra RS500 in some races of the European Touring Car Championship, including Spa 24 Hours. His co-drivers were Marc Sourd and Jean-Pierre Jaussaud. At Spa, Metge recorded one more DNF.

In July 1989, Metge recorded his last participation at Spa 24 Hours. He was driving Ford Sierra RS500 for Fornage Competition, sharing a car with Bernard de Dryver and Denis Morin. They didn't finish the race.

After retiring from a sports car and touring car racing, Metge decided to return to Paris – Dakar Rally in 1994. He was driving a Perlini truck for the Duc Z team. He ended a race in the 50th place overall and sixth in the T4 truck standings.

In 2003, Metge was close to Le Mans return. He participated in Le Mans test with Scorp Motorsport, driving a Chrysler Viper GTS-R, but he didn't participate in the race. 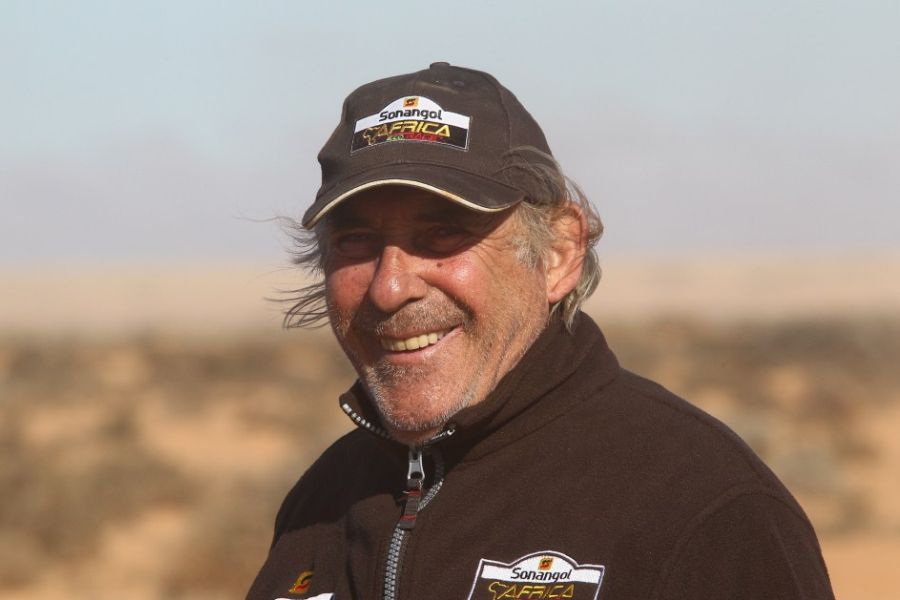