Takamoto 'Taka' Katsuta is a rally driver from Japan who is a part of Toyota Gazoo Racing's Challenge Programme and currently competes under the patronage of the four-time world rally champion Tommi Mäkinen in the WRC2 and some national championships. He lives in Jyväskylä, a home of Rally Finland, nearby to Toyota Gazoo Racing factory.

Katsuta's greatest rally success so far is the WRC2 victory at 2018 Rally Sweden. Earlier in a career, Katsuta gained some success in the Japanese single-seater competitions (Formula Challenge and Formula 3) before he switched to rallying. 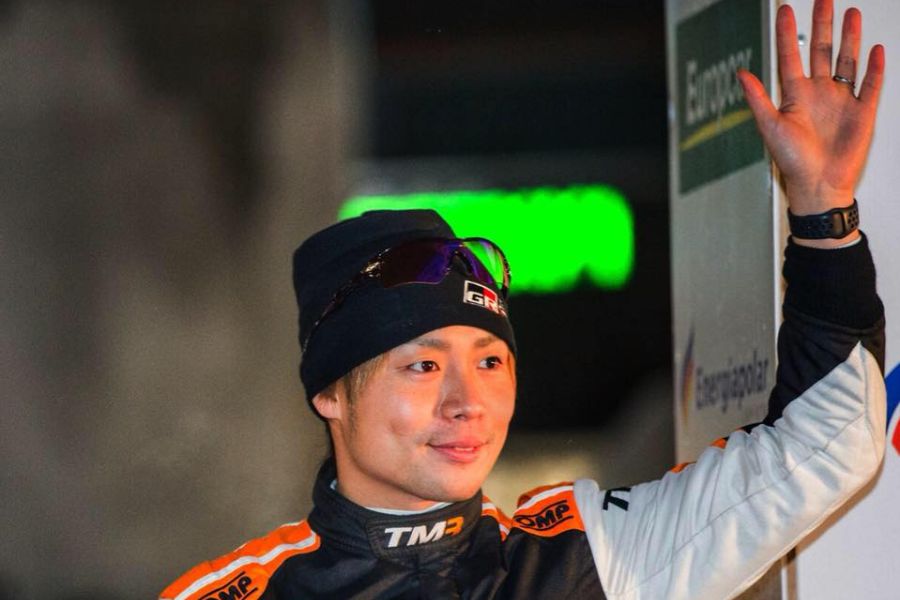 Third generation racer in a family

Born in March 1993, Takamoto was predestined to be a racer because both his grandfather and father were active in various racing disciplines. His father Norihiko is still very active in rallying, capturing his eighth Japanese Rally Championship title in 2017.

Takamoto started his career at the age 12, entering karting competitions first in Japan and then internationally.

Early in a career, Katsuta gained some success in formula racing

In 2010, it was a time to step up into formula racing and Takamoto entered into the Japanese Formula Challenge. In his debut season, he scored one podium to finish 8th in the points.

Next year, at the age 18, he became Formula Challenge champion after he won five of thirteen races, beating Ryo Hirakawa by five points.

Takamoto Katsuta was successful in Formula 3 before switching to rallying

In 2012, Katsuta graduated to Japanese Formula 3, driving Dallara-Toyota for Tom's Spirit team. He scored one win and eight podiums in National class, finishing third in the points behind Daiki Sasaki and Kazuki Hiramine.

In 2013, Katsuta was fighting for the title with Petronas Team Tom's but his teammate Yuichi Nakayama was too strong. Katsuta finished second with two wins and ten podiums. He spent one more season with Team Tom's in Formula 3, ending fourth in the points in 2014. 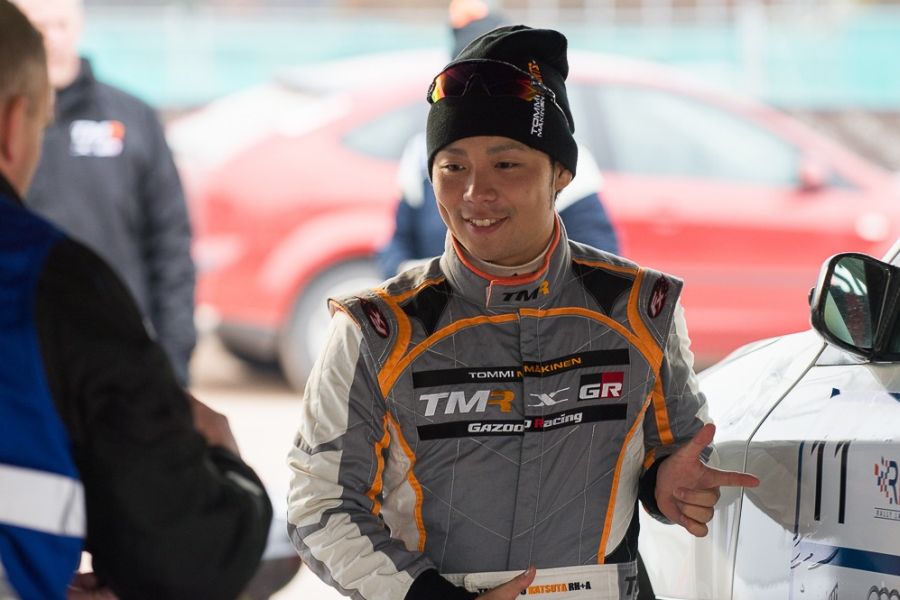 In 2014, his eyes were already on rallying and he made few starts in Japanese national events in a Toyota GT86, scoring a class victory at Rally Highland Masters in October 2014. After that, Katsuta heard about Toyota's driver development programme and he became a part of it in 2015.

During that year, he participated in the Japanese rally events in a Subaru Impreza STi N16, Toyota GT86 and Toyota Vitz GRMN Turbo, then moving to Finland and joining Tommi Mäkinen Racing in several events of the Finnish Rally Championship in a Subaru Impreza WRX STi.

In 2016, Katsuta was sharing a car with Daniel Barritt

Takamoto was a part of Toyota Gazoo Racing Challenge Programme together with another son (Hiroki Arai) of another famous Japanese rally driver (Toshi Arai). They both were driving for Tommi Mäkinen Racing in the Finnish Rally Championship, first in a Subaru and then in a Ford Fiesta R5.

In July 2016, Katsuta made a WRC debut, participating at Rally Finland. With Daniel Barrit as his navigator, he finished 27th overall and 12th in the WRC2 category.

In 2017, Katsuta expanded his WRC programme to five events, driving  Tommi Mäkinen Racing's Ford Fiesta R5 in the WRC2 category. His new navigator was Marko Salminen. Katsuta finished ninth in class at Swedish snow, then 14th at Rallye de Portugal and then reached his first podium in the third place at Rally Italia Sardegna. He crashed out at Rally Finland and finished 14th at Rally Catalunya.

Outside WRC, Katsuta participated in many national events all over Europe (Finland, Italy, Spain, Portugal) to gain as much experience. 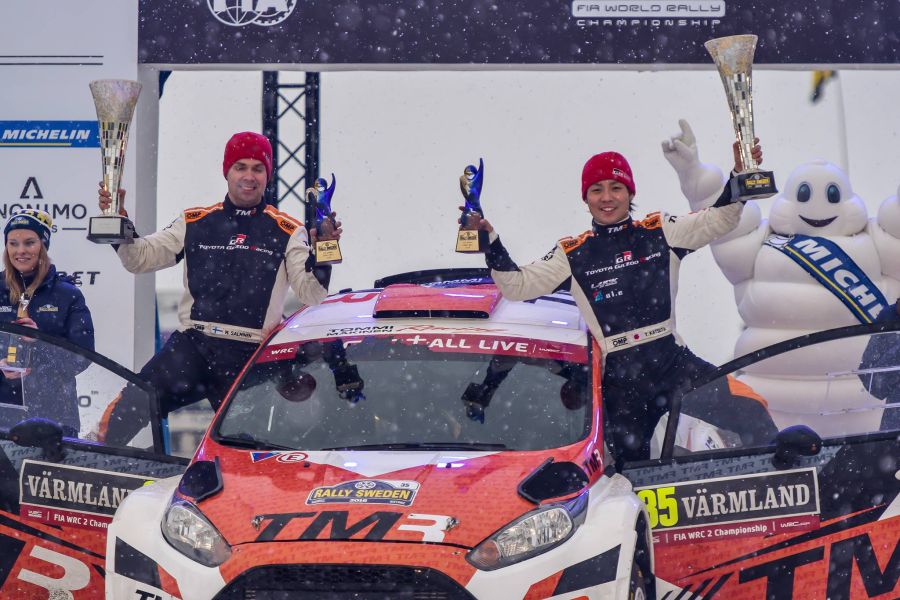 In 2018, Katsuta stayed in a Ford Fiesta R5 and started a season with a podium at Arctic Lapland Rally, a part of the Finnish Rally Championship. He then moved from Finnish snow to Swedish snow, participating in the Rally Sweden and scoring his first international victory. After a dominant performance, he won WRC2 class, beating defending WRC2 champion Pontus Tidemand. Katsuta spent a year in national events in Europe and European WRC rounds, preparing for a possible World Rally Car debut in following years.

He gets an opportunity to try Toyota Yaris WRC at Itaralli in Finland in March 2019, winning the event. Over the season, he continues to drive TMR Ford Fiesta R5 in the WRC2 Championship.