Toshihiro Kaneishi is a Japanese former racing driver who spent the most of his career in major Japanese competitions such are Super GT Series or Formula Nippon.

His greatest success was the second place in the Super GT Series in 2013, driving a Honda HSV-010 GT for Real Racing. Early in a career, Kaneishi gained some success outside Japan, winning the German Formula 3 Championship in 2001.

Born in December 1978 in Osaka Prefecture, Toshihiro Kaneishi spent his teenage years in karting competitions, stepping up to formula racing in 1998. His first competition was the Japanese Formula 3 with Team Aguri. In his debut season, Kaneishi scored two podiums to finish sixth in the points.

A year later, Kaneishi was a race winner two times and he finished second in the Japanese Formula 3, losing a title to British racer Darren Manning. 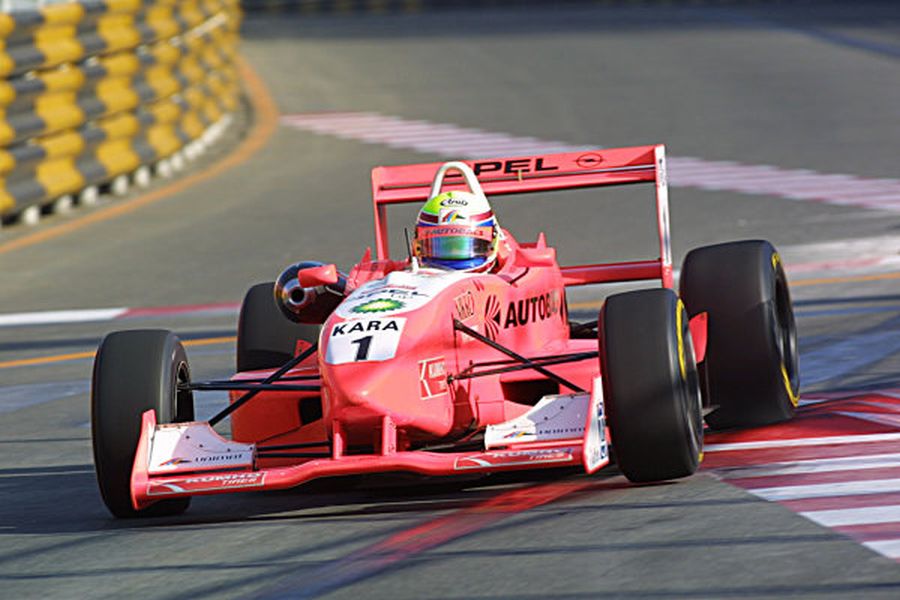 In 2000, Kaneishi moved his career to Europe, participating in the German Formula 3 Championship with ARTA-GM Motorsport. Driving a Dallara-Opel, he won one race and finished eighth in the points,

Kaneishi returned to Japan in 2002 and joined ARTA in the Formula Nippon. Scoring no wins or podiums in the #56 Reynard-Honda, he finished seventh in the points. In the same year, Kaneishimade a debut in the Japanese GT Championship, driving the #100 Honda NSX for Team Kunimitsu in one race.

In 2003, he became full-time driver of the #8 ARTA Honda NSX in the GT Championship, sharing a car with Keiichi Tsuchiya. They finished 19th in the championship standings, without wins or podiums.

In the 2003 Formula Nippon season, Kaneishi scored his maiden FN victory at Motegi, driving the #7 Lola-Mugen for ARTA Team LeMans. He added two more podiums and finished fourth in the championship.

In 2004, Kaneishi was without wins both in the Formula Nippon and GT Championship. However, he scored one notable victory in the non-championship GT race at California Speedway in the US, at the wheel of Hasemi Motorsport's Nissan Fairlady Z which he was sharing with Erik Comas.

He was driving for Hasemi Motorsport again in 2005, having one more GT season without victories. In 2006, Kaneishi participated in just one Super GT race but spent a full season in the Formula Nippon with ARTA, finishing ninth in the points with one podium. 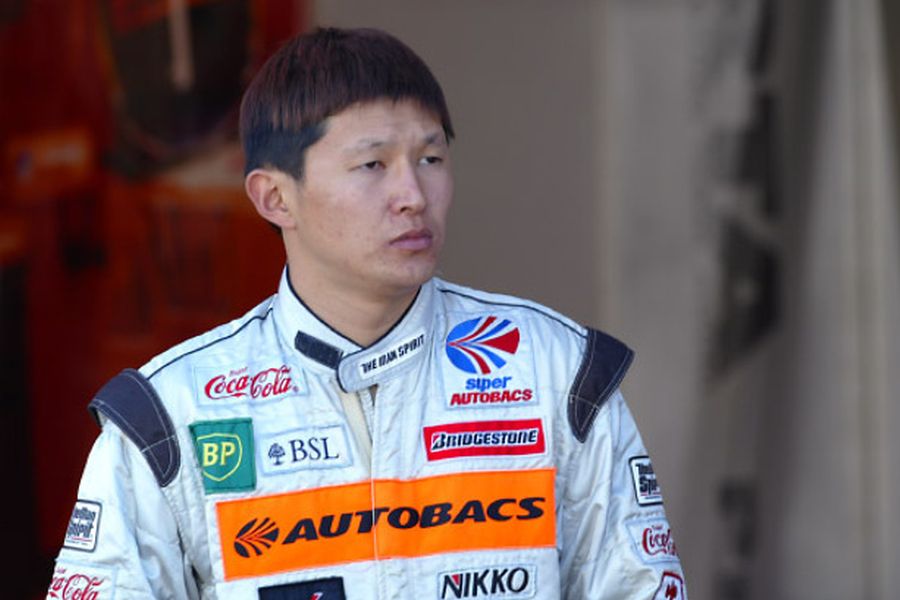 Toshihiro Kaneishi raced for many years with ARTA

Kaneishi was on a double programme again in 2007, driving for ARTA in the Formula Nippon and joining Real Racing in the Super GT Series. His new car was the #17 Rolling Stone Honda NSX and his co-driver was Katsutomo Kaneishi. With just one podium, they finished 14th in the points.

In 2008, Toshihiro Kaneishi had his worst season in Super GT Series, finishing just 19th in the points. After that, the things went better in 2009 when he was on a podium two times, finishing fifth in the final standings. His new co-driver in 2010 was Koudai Tsukakoshi. 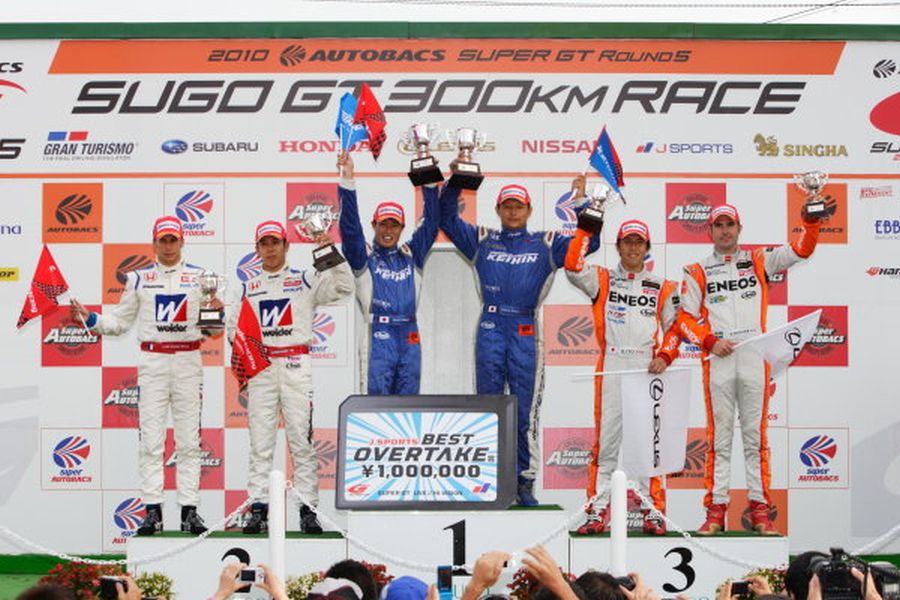 Celebrating a victory at Sugo in 2010

Only Super GT victory in 2010 at Sportsland Sugo

In 2010 Super GT season, Toshihiro Kaneishi scored his first victory in the Super GT Series, winning the race at Sportsland Sugo in the #17 Honda HSV-010 GT. It turned to be his only Super GT victory in a career. His co-driver was Koudai Tsukakoshi and they finished third in the championship points. 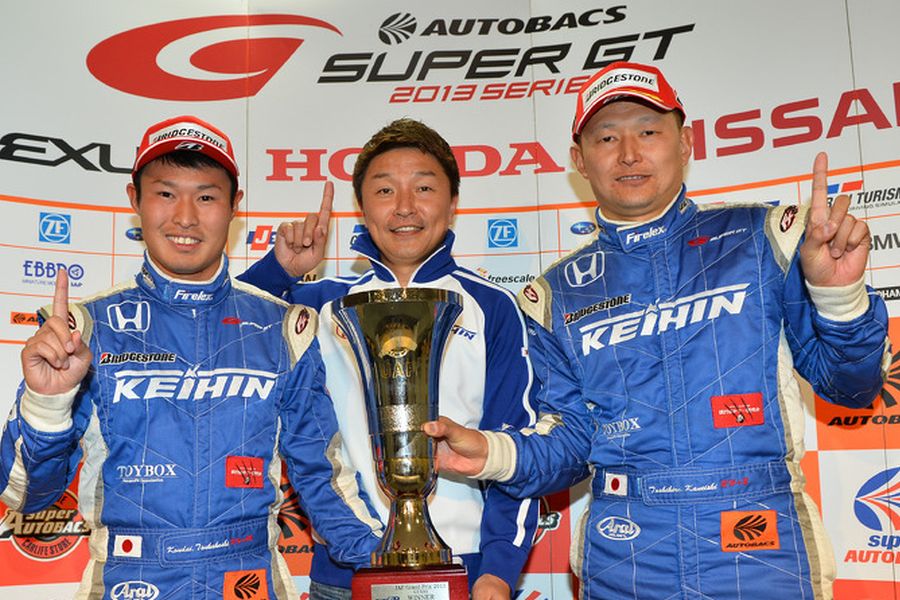 In 2013, Kaneishi focused his interest to GT racing only, having the best-ever season in a career. He didn't win a single race, scoring four podiums, and it was good enough for the second place in the championship. His partner in the #17 Honda HSV-010 GT was Koudai Tsukakoshi. They lost a championship title by two points to Kohei Hirate and Yuji Tachikawa. Outside championship, Koudai Tsukakoshi and Toshihiro Kaneishi won JAF Grand Prix at Fuji.

In 2014, what was the last full-time season in a career for Toshihiro Kaneishi, he was sharing the #17 Honda again with Koudai Tsukakoshi, scoring one podium for the 12th-place finish. Kaneishi retired from competitive racing at the end of 2014. He later appeared in few races of the Asian Lamborghini Super Trofeo.