Woolf Barnato (1895-1948), nicknamed Babe, was a British businessman, an owner of Bentley Motors company and a racing driver who earned his place in the history of motorsport as the three-time winner of 24 Hours of Le Mans, scoring three consecutive wins from 1928 to 1930, all three driving Bentley cars.

Barnato was a leader of the Bentley Boys, the unofficial group of wealthy British motorists who drove Bentley sports cars. One of his notable 'racing' achievements was also a race against the Blue Train between Cannes and Calais, which he won in 1930. Barnato was Bentley owner until 1931 when Rolls-Royce acquired a company. 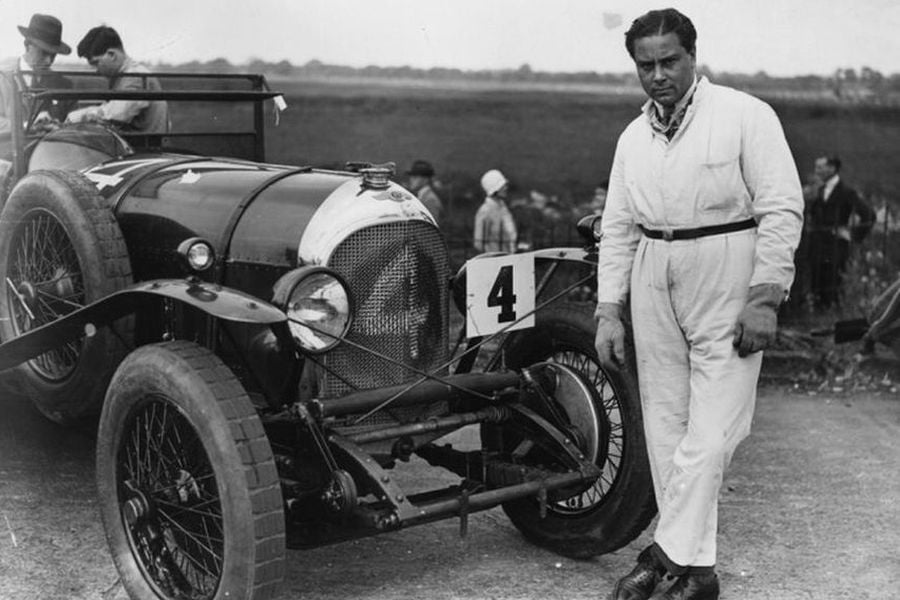 The baby Woolf inherited a fortune

Joel Woolf Barnato was born on September 27, 1895, at Spencer House, London, as the youngest son of mining magnate Barney Barnato and a relative of Joel family of entrepreneurs.

He was growing up with a golden spoon in his mouth, losing a father very early, in June 1897. Woolf inherited his father's fortune but the money was placed in trust. He benefited from a further inheritance after the murder of his relative Woolf Barnato Joel in Johannesburg in 1898. Woolf was educated at Charterhouse School and Trinity College, Cambridge.

As a young man, Woolf showed an interest in different sporting activities, including motorboat racing, boxing, shooting, swimming, tennis or golf. One of his notable achievements was winning the Duke of York Trophy in 1925 for a victory in motorboat racing, using Bentley-powered boat 'Ardenrun V'.

During the World War I, Woolf Barnato served as an officer in the Royal Field Artillery of the British Army. He participated in operations in France, Egypt and Palestine, gaining the rank of captain. In 1917, Woolf broke his business arrangements with the Joel family.

During the early 1920s, Woolf Barnato invested some money into the Bentley Motors and helped Walter Owen Bentley to save the company. Woold acquired his first Bentley 3-litre in 1925. Next year, he bought the whole company, becoming the owner and the chairman of Bentley Motors Limited.

In 1927, the 4½ Litre Bentley was introduced, popularly known as the Blower Bentley. With that car, Woolf scored his first victory at Le Mans 24 Hours in 1928.

Barnato started to race with cars in 1921

Prior to his great success at Le Mans, Barnato already had some racing experience, mostly at the famous Brooklands circuit. He recorded first race at Brooklands in 1921 with an 8-Litre Locomobile which he imported from the United States.

In the following years, he raced with a variety of cars, such were Talbot, Wolseley or Hispano-Suiza. In 1925, he started to race with Bentley 3-Litre, winning several times at Brooklands and setting a 24-hour record with an average speed of 152.94 km/h at Autodrome de Montlhery in France. 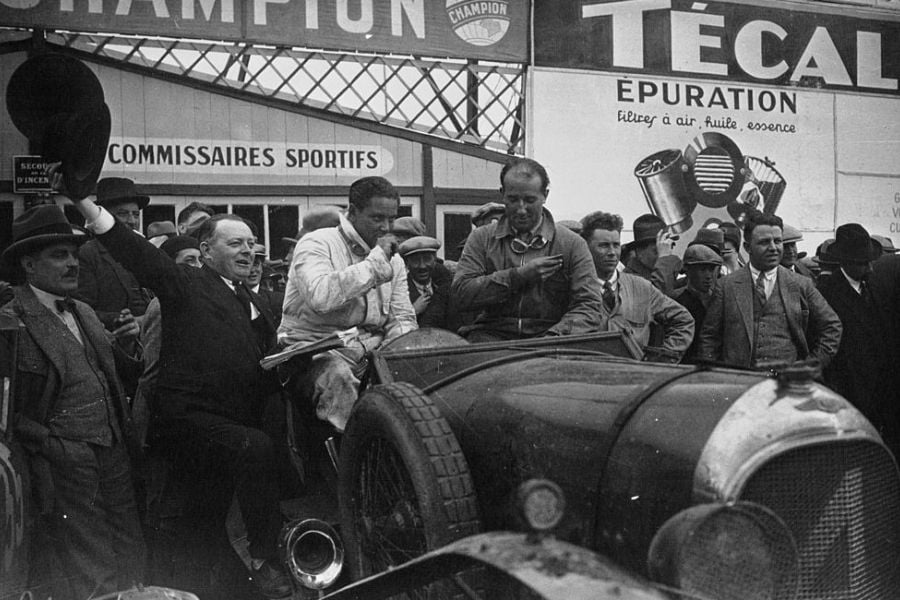 In June 1928, Woolf Barnato scored his first victory at 24 Hours of Le Mans, sharing the #4 Bentley 4½ Litre, nicknamed 'Old Mother Gun', with the Australian Bernard Rubin. They completed 154 laps, one more than the crew in the #1 Stutz Model B Blackhawk.

It was the second consecutive win for Bentley and the third in total after Dudley Benjafield/Sammy Davis won in 1927 and John Duff/Frank Clement triumphed in 1924.

A year later after his maiden Le Mans win, Barnato returned to the Circuit de la Sarthe in the #1 Bentley. This time, it was the Bentley Speed Six 'Old Number One'. His co-driver was Henry Birkin and they completed 174 laps on the track which was shortened compared to the previous circuit.

Three more Bentley crews in 4½ Litre cars ended the race behind the winners, making it the historic 1-2-3-4 victory British brand. Later that year, Barnato won one more race in a Speed Six, the Brooklands 6 Hours together with Jack Dunfee. 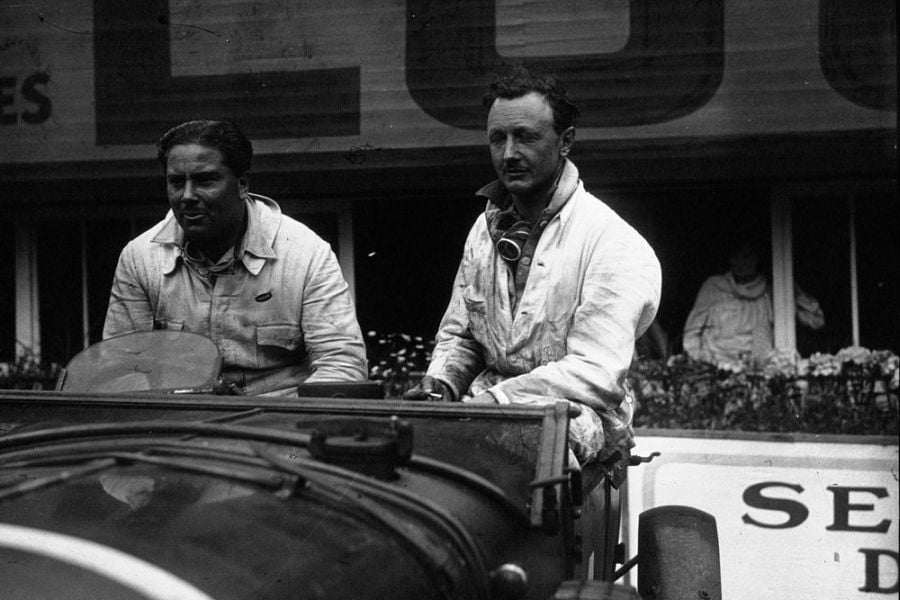 In 1930, Barnato scored a great victory in the UK before going to Le Mans. In May, he and Frank Clement won the Brooklands Double Twelve (2x12h) race in a Bentley Speed Six.

In June, at Le Mans, Barnato scored his third consecutive victory and set the record with a perfect score of three wins in three participations. This time, his partner in the #4 Bentley Speed Six was Glen Kidston. They defeated teammates in the #2 car Frank Clement/Dick Watney.

Winning a 'race' against the Blue Train

The year 1930 was also marked by Barnato's famous race in a Bentley Speed Six against the Blue Train (Le Train Bleu) in France, between Cannes and Calais. He claimed that he would start at the same time as the train and he would reach London before the train reached Calais.

On March 13, Woolf Barnato and his friend Dale Bourne set off from Carlton Hotel. After stopping for refueling three times, they reached London before the Blue Train stopped in Calais.

Barnato sold Bentley to Rolls-Royce in 1931

In the early 1930s, Bentley suffered financial difficulties, initiated by the Wall Street Crash of 1929. The Great Depression reduced a demand for expensive Bentley cars and as a result of that, Barnato sold a company to Rolls-Royce in November 1931.

Barnato also received some money in return for his shares in the business, having bought a sizeable stake in Rolls-Royce not long before Bentley Motors was liquidated. 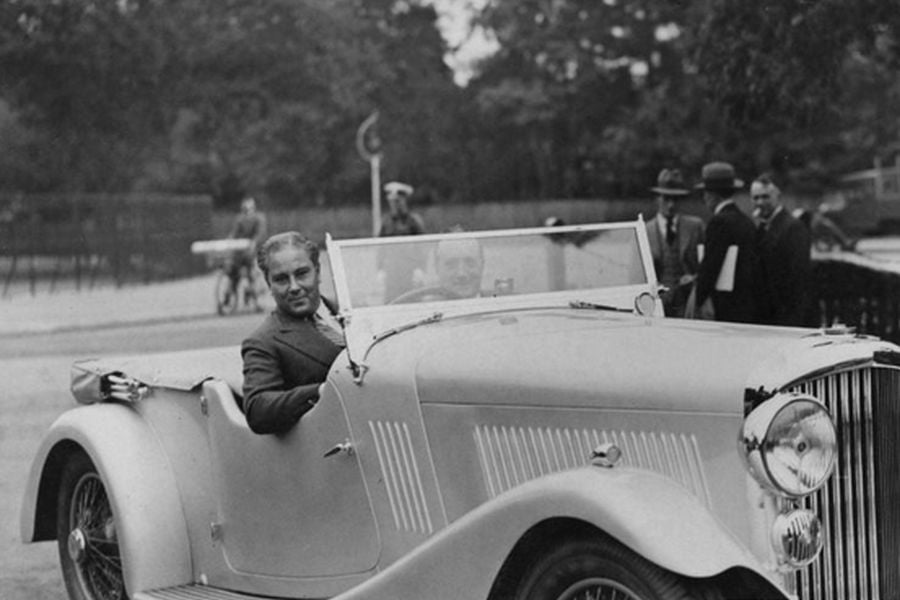 SCCA and BRDC named their prizes in Woolf Barnato's honour

Barnato raced no more after his victory at 1930 Le Mans race. He divorced the first wife in 1933, married the second wife in 1933 and the third wife in 1947. During the World War II, Barnato was a wing commander with the Royal Air Force. Barnato died at the London Clinic, Devonshire Place, on July 27, 1948, as a result of a thrombosis after an operation for cancer.

The same year, the Sports Car Club of America (SCCA) named its highest award in Barnato's honour. The British Racing Drivers' Club (BRDC) introduced the Woolf Barnato Trophy for the highest-placed British and/or Commonwealth driver, in a British car, in the Le Mans 24-Hour race.