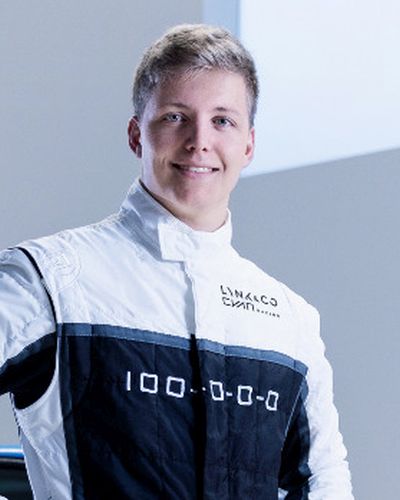 Late start of the career

The start of Yann’s motorsport career has begun almost by accident. He has never touched a steering wheel, not even in karting, until May of 2012. Ehrlacher made his racing debut in Mitjet 1300 and it was clear that the boy has potential.

Later that year Yann attended Volkswagen Motorsport school at Oschersleben and earned the place for the 2013 Volkswagen Scirocco R-Cup. His rookie season has not been brilliant and Ehrlacher finished 14th in the standings.

In the following year the talented driver contested in Mitjet 2.0 Series with Yvan Muller Racing and won the title at the first attempt after scoring six wins and having six pole positions. At the same time, he continued to compete in Volkswagen Scirocco R-Cup and did better than in his rookie year. Ehrlacher scored his maiden victory before taking the 8th place overall and 3rd in the junior rankings.

After winning the title in the Mitjet Series, Ehrlacher in 2015 progressed to the French Super Touring Championship, again with the squad of his uncle. Probably a bit unexpectedly, Yann became a champion, scoring no less than 12 race wins and having 6 pole positions.

Debut in the ELMS

Obviously, French teenager was ready to tackle bigger stage and new experiences, so in 2016 Ehrlacher debuted in the European Le Mans Series. Driving the Yvan Muller Racing’s Ligier JS P3 alongside Thomas Laurent and Alexandre Cougnaud, he won the LMP3 class in the season-closing race at Estoril circuit. At the end of the season marked by several retirements, they were 8th in the standings.

In 2017 Yann stayed in the championship with the same team, but this time with Erwin Creed and Ricky Capo as co-drivers. However, his progress continued and the young Alsatian made his debut in the WTCC at the wheel of a private Lada Vesta, prepared by RC Motorsport.

Yann quickly settled in the new environment and after a bit clumsy start of the season, he regularly finished in the points. In the sixth round, at Autodromo Termas de Rio Hondo inm Argentine, he scored his maiden WTCC victory. In the next two rounds, in China and Japan, he reached two podiums and finished tenth in the points at the end of the season.

One of the front-runners in the WTCR

In 2018, WTCC and TCR International Series merged into the WTCR - FIA World Touring Car Cup and Yann entered the new competition. He was driving the #68 Honda Civic Type R TCR for ALL-INKL.COM Münnich Motorsport. He scored his first WTCR victory in the second round at Hungaroring and then one more in the fourth round at Zandvoort.

In the mid-season, he was sharing the second place with Gabriele Tarquini. Later in the season, the results were not so good and Ehrlacher finished tenth in the final standings.

Teammate to three world champions in 2019

For the 2019 WTCR season, Yann became one of four drivers of newly formed Cyan Racing Lynk & Co team. One of his teammates is his uncle and four-time world champion Yvan Muller. The other two teammates are former world champions Thed Bjork and Andy Priaulx.