The Renault R25 was the car that won both Drivers’ and Constructors’ 2005 Formula 1 World Championship titles.

Renault was dreaming about the F1 title

The French manufacturer was present in Formula 1 since the late 1970s and had golden years in the 1980s, the early days of turbo era. Despite being among the top runners, Renault won neither Drivers’, neither Constructors’ championship titles. Ultimately, Renault ceased its F1 operations in 1985 due to financial troubles. 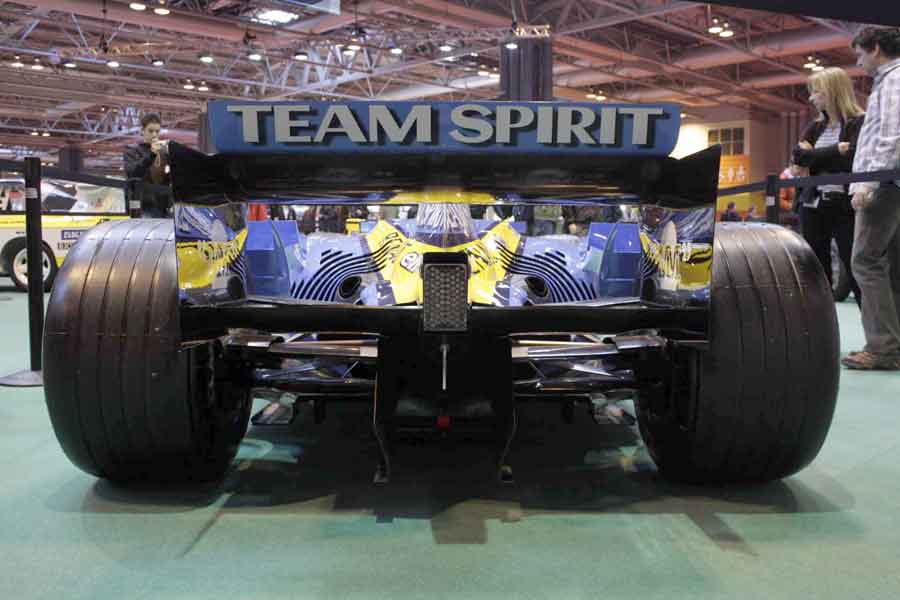 However, in 2002 the French giant returned to the most popular racing series when they bought the Benetton team. The rise to the top was quick. With a Renault R24, the team finished 3rd in 2004.

The main advantage of the new car was the low center of gravity and much stiffer installation in comparison to R24. The engineers wanted to reduce weight and to give the aerodynamicists as much freedom as possible but they had to meet the new rules of reduced downforce. Another huge innovation was the new electronic system integrating chassis and engine controllers. That system played a decisive role in reducing the weight of the car and allowed much greater processing power and bigger data acquisition capacity. 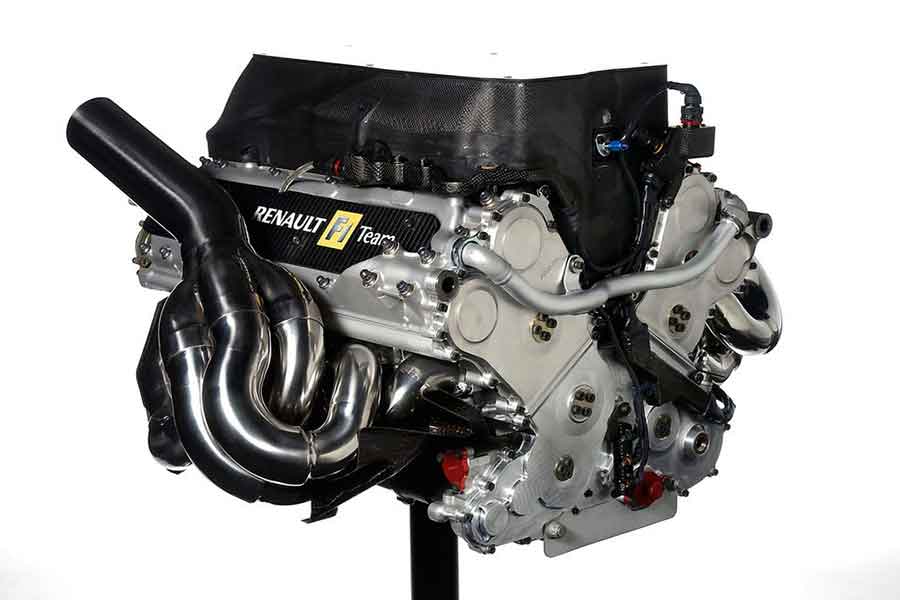 The Renault R25 wasn’t the fastest car on the grid in 2005 but definitely was the most reliable and consistent. At the end of the season, Renault won both titles becoming the first French team since Matra in 1969. Another interesting fact is that Renault R25 was the first car that won the Constructors’ Championship and it hasn’t been designed by Adrian Newey or Rory Byrne. The R25 was also the last Renault Formula 1 car to use a 6-speed gearbox before the switch to a mandatory 7-speed gearbox.

Good start of the season

The drivers of the Renault R25 in 2005 were Fernando Alonso and Giancarlo Fisichella. The Italian a bit surprisingly won the season-opening race in Australia, while Alonso finished 3rd. The Spaniard fought back in the next three Grand Prix, winning in Malaysia, Bahrain, and at Imola, while Fisichella retired from all three races. 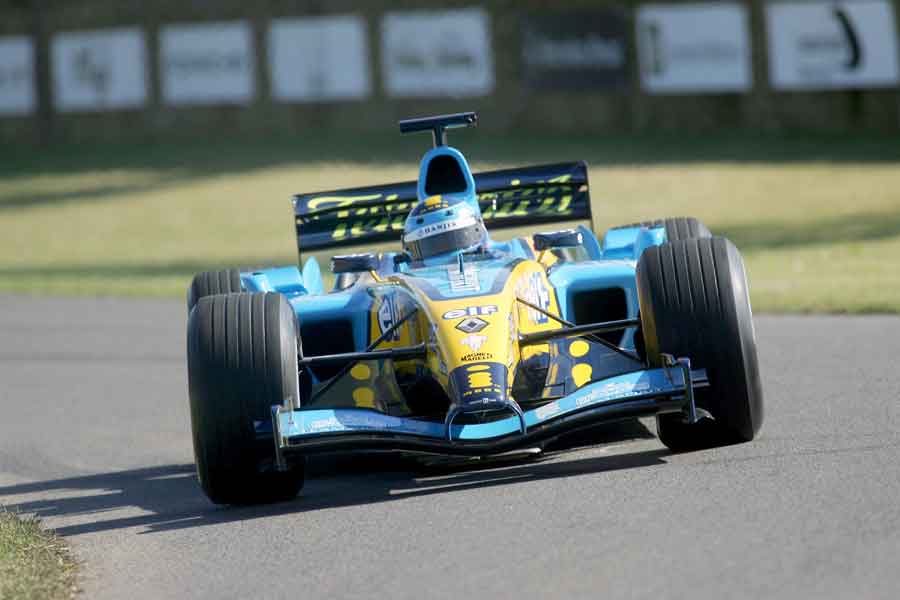 After four races, Alonso was full of confidence as he was on the top of the standings with an advantage of 16 points to Jarno Trulli. He finished 2nd in Spanish Grand Prix and that was followed with a 4th place in Monaco. After winning the European Grand Prix at Nurburgring, Alonso’s advantage was 32 points to Trulli and Kimi Raikkonen.

Departure from Europe wasn’t good for the team 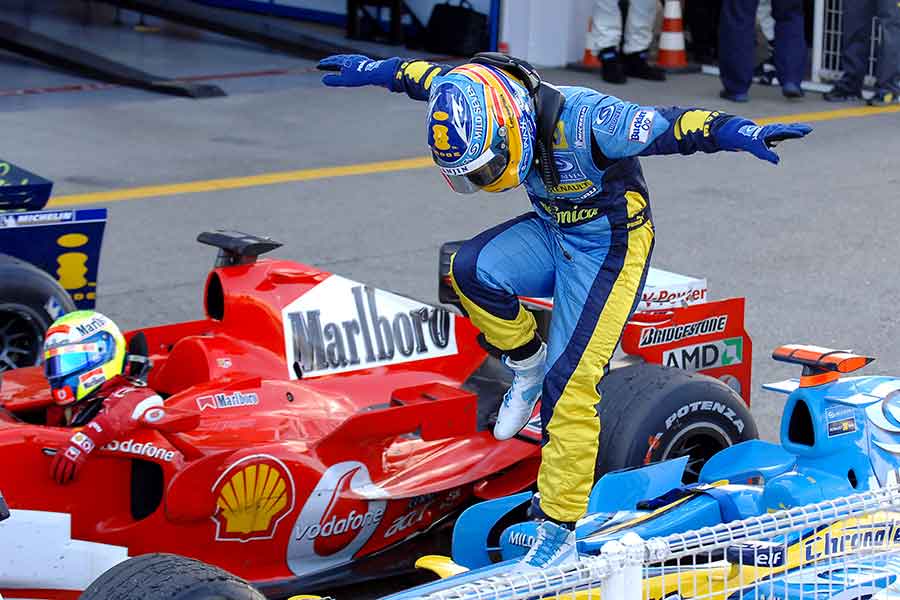 However, when the F1 caravan returned to Europe, Alonso still had a big advantage of 22 points to Raikkonen but in the Constructors’ championship Ferrari and McLaren were only 13 points behind the French team. The following three races probably were decisive for both Alonso and Renault. Fernando did a great job by winning the French and the German Grand Prix, as well as with the 2nd place in the British GP. Fisichella also picked some points in every race, so both Alonso and Renault felt more comfortable before the last third of the season.

Fine form in the final part of the year

For the second time in 2005, in Hungarian Grand Prix both Renault R25s finished without the points, but they recovered in Turkey where Alonso was 2nd and Fisichella 4th. In the next race at Monza, Fernando was 2nd and Giancarlo 3rd which was the second time that both drivers secured a podium finish. In the Belgian GP, Alonso for the third time in a row took the 2nd place and put one hand on the champion’s trophy. 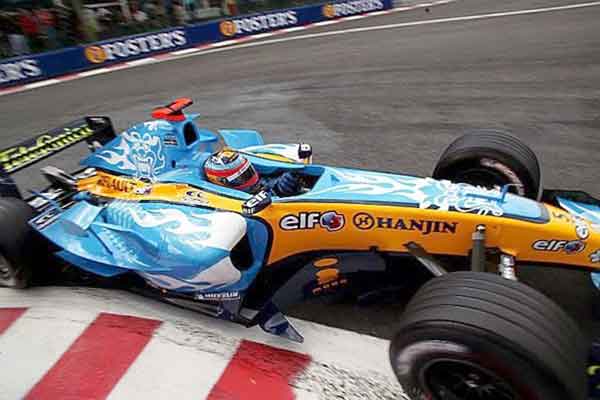 Before the last three events of the year, the Spanish driver was 25 points ahead of Raikkonen, with just 30 points at the stake. The caravan left Europe for the second time but this time the outcome wasn’t bad like it was in spring. Finishing 3rd in the Brazilian GP, Alonso clinched the title because he had a 23 points advantage to Raikkonen. But there was still a lot to do in the Constructors’ championship in which McLaren took the lead – 164 to 162 points.

The Japanese Grand Prix was the penultimate race of the year. Fisichella managed to raise his form in the right moment as he finished 2nd in the race, while Fernando was 3rd. Before the final race in China, Renault retained the top spot from McLaren but the difference was just two points. 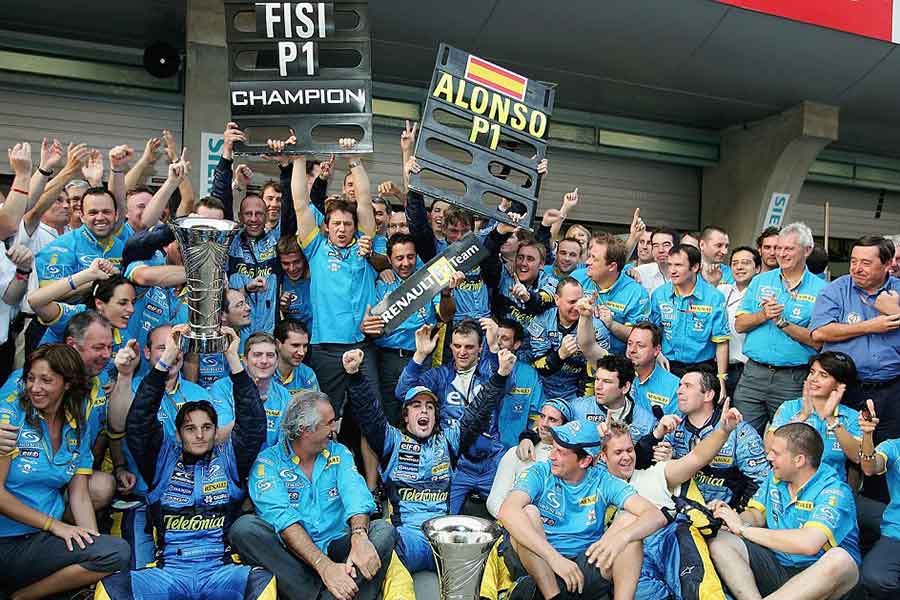 Renault team celebrates the double in 2005

The season-ending Grand Prix at Shanghai International Circuit ended in a glorious way after Alonso won the race and Giancarlo took the 4th position. At the end, Renault beat McLaren by nine points and won its first championship. In 2006, the same thing happened.

In total, Renault R25 won 8 out of 19 races in 2005 and also had seven pole positions and three fastest laps.