Richmond International Raceway, opened in 1946, is a D-shaped racing oval located near the city of Richmond, Henrico County, Virginia. The venue, with a long history and tradition, has a special place in NASCAR Series annals. 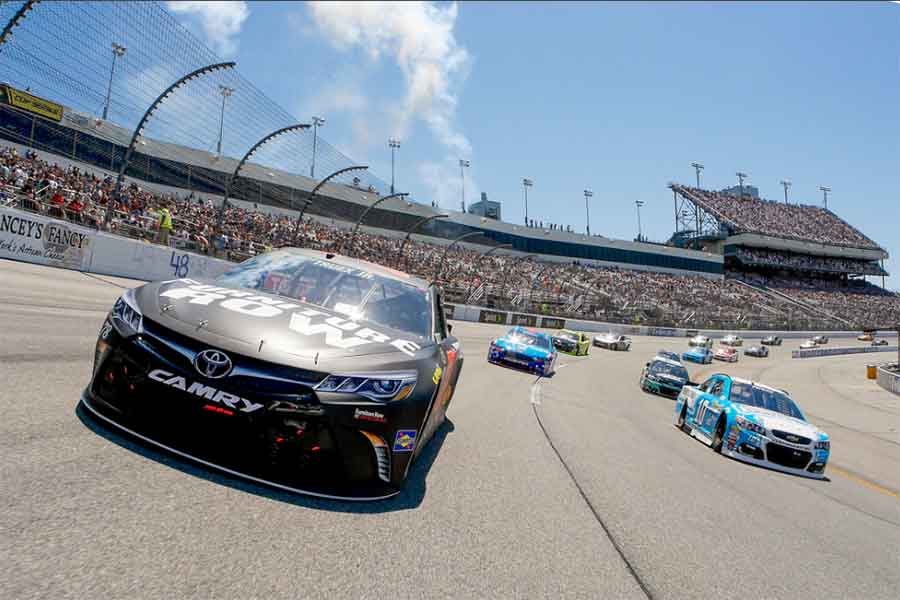 The venue was originally known as Atlantic Rural Exposition Fairgrounds and in 1953, the venue hosted the first NASCAR race, won by Lee Petty. Since its opening, Richmond International Raceway was a popular racing venue. Then it was a dirt oval for stock car races that were always well-attended. In 1955, the venue was purchased by Tom Sawyer and Joe Weatherley, one of the first legends of NASCAR racing. 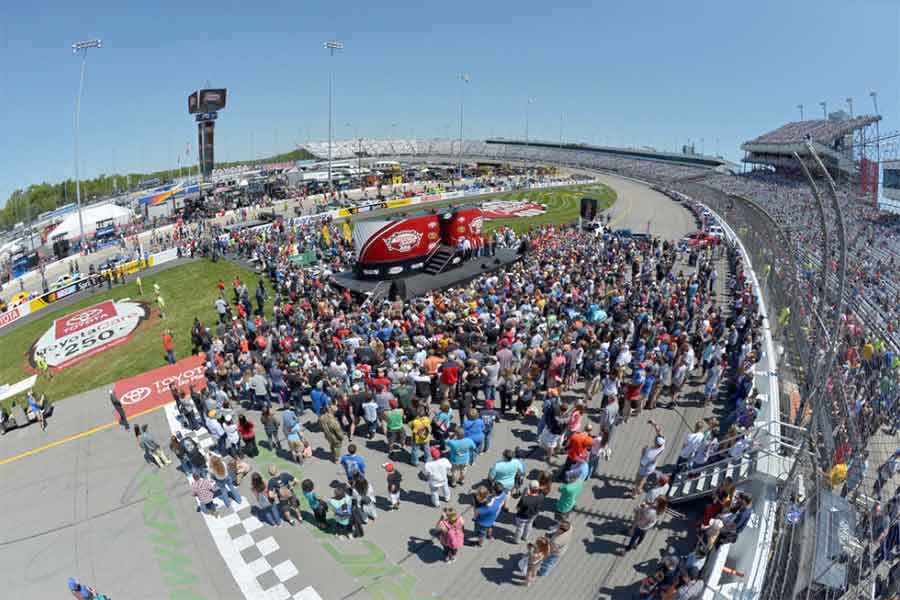 Over the years, Richmond hosted on regular basis some of America’s most popular racing series. The popularity of the raceway was increased in 1964, when it became one of the first suitable raceways for night racing under the temporary lights. Three years later, the venue was renamed to Virginia State Fairgrounds, but the name was changed again the following year to Richmond Fairgrounds Raceway. The same year, the track of just 872 meters was paved for the first time and that layout was used until 1988. 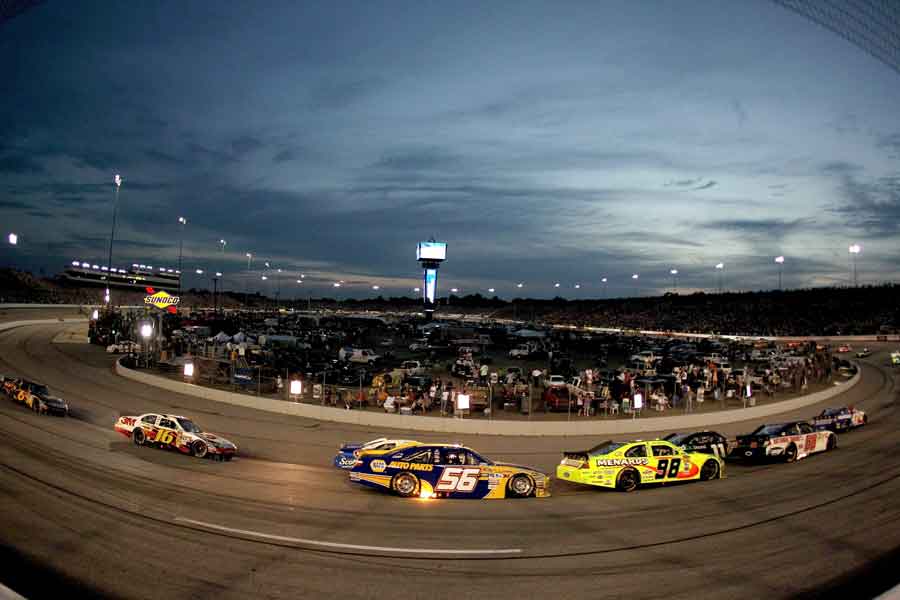 NASCAR races are the main events

In the summer of 1988, the track was reconfigured to its current layout of 1.21 km with a banking of 14 degrees in turns, 8 degrees on the front stretch and 2 degrees at the back stretch. Richard Petty holds the record for most wins at Richmond – 13. That record stands for many years despite the fact that Richmond International Raceway hosts two NASCAR races: the Sprint Cup (Toyota Owners 400 and Federated Auto Parts 400, the last race that precedes the Chase for the Sprint Cup) and Xfinity Series (Toyota Care 250 and Virginia 529 College Savings 250) every year. 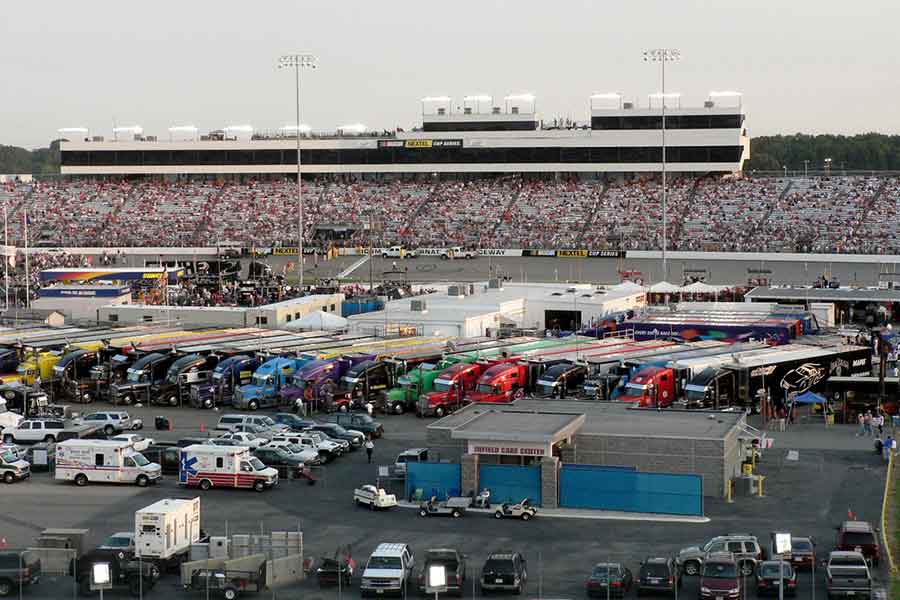 Racing track is only a part of the big RIR complex

The renovated track that was also known as the ’Strawberry Hills’ instantly became one of the favorites among both fans and drivers. The stands capacity of Richmond International Raceway is 71.000 seats, while one of the trademarks of the circuit is a high-tech 11.6 meters wide and 7.3 meters high timing and scoring tower, and the rotating main pylon which shows the race running order.

The track is only a part of a multi-purpose complex of 4 square kilometers that is well suited for different fairs, exhibitions, festivals, and concerts. Richmond International Raceway also has an amphitheater with a capacity of 6.000, as well as a 1.000-seat covered dirt arena. Approximately 180 various events are annually held in the RIR complex. 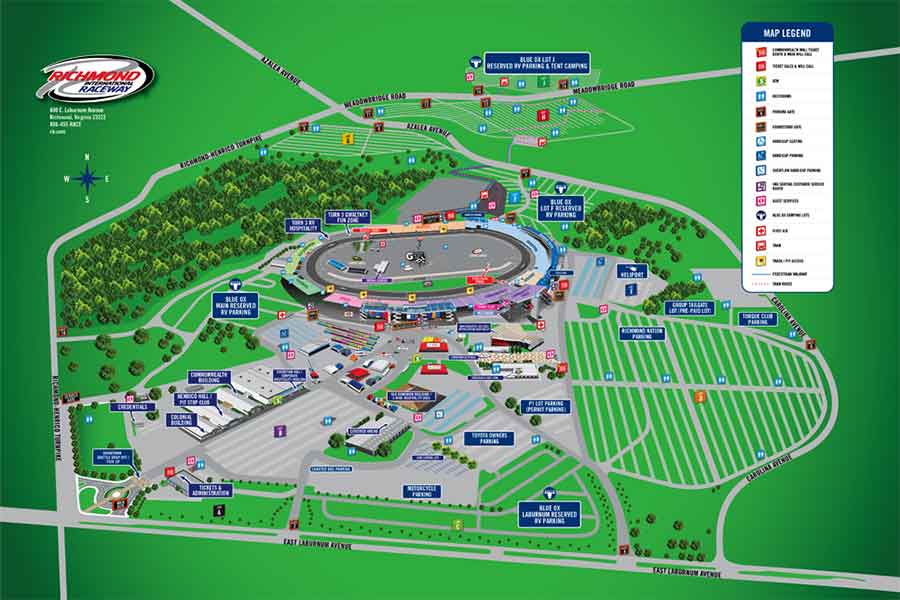 Richmond International Airport is located around 30 minutes of driving away from the circuit. On race days, shuttle buses are operating from the city of Richmond downtown. Accommodation is easy to find as there is a large number of hotels available in the area. Richmond International Raceway also has its own camping area but you have to know that reservation is necessary. 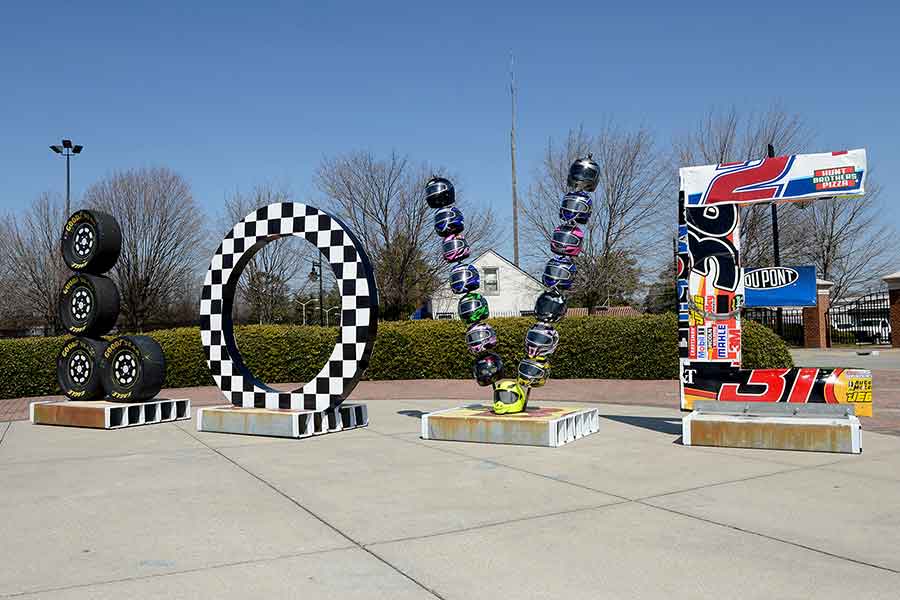