The BMW M3 E30 was a very popular racing car in the second half of the 1980s, and it has competed in various racing series, including the Deutsche Tourenwagen Masters, World and European Touring Cars Championship and national Touring championships in Australia, England and Italy.

Based on the popular road car, but significantly different

Based on the 1986 model E30 3 series, the racing M3 used the BMW 2.3 L S14 naturally aspirated engine which can produce approximately 300 horsepower at 8.200 rpm. Later on, with the introduction of 2.5 L engines, the power significantly increased to 380 hp.

BMW M3 model was considerably different than the basic E30 in terms of aerodynamics. The body shell was the same, but the M3 was equipped with unique body panels to improve the aerodynamics. Only the roof, sunroof, hood and door panels were the same as on the standard 3-series models. 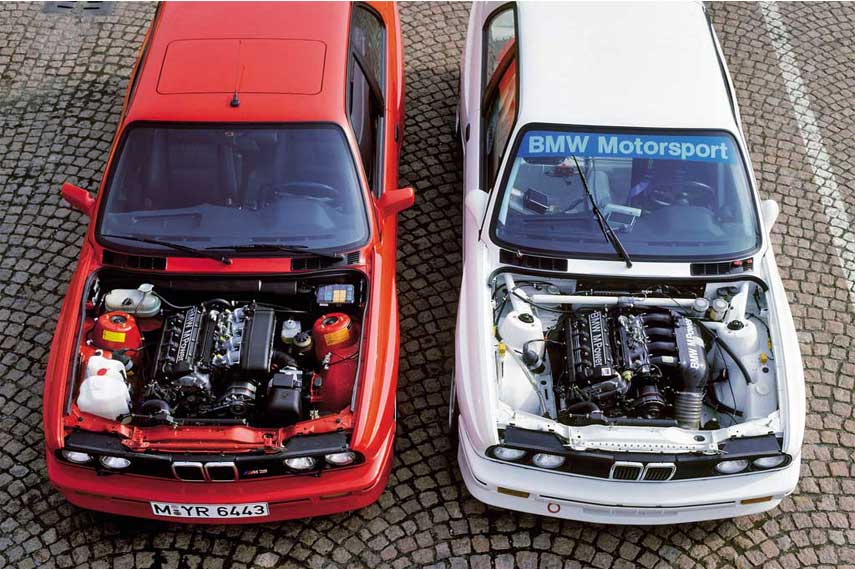 BMW E30 had a five or six speed gearbox depending on the track, but the five speed one was used mainly by privateer teams, with fewer financial resources. One of the most interesting things in the European models of E30s was that they were equipped with a dogleg gearbox, with first gear being down and to the left, and fifth gear being a direct 1:1 ratio.

The front suspension was produced with fully adjustable struts made from magnesium with coilovers alongside of the sway bars adjustable from the drivers seat. The rear suspension was fully modifiable with driver’s seat and the adjustable sway bars. The front brakes were ventilated rotors, 350 mm in diameter and of thickness of 32 mm, with a six piston caliper. The rear brakes were also ventilated rotors 300 mm in diameter and thickness of 25.4 mm, having a four piston caliper. 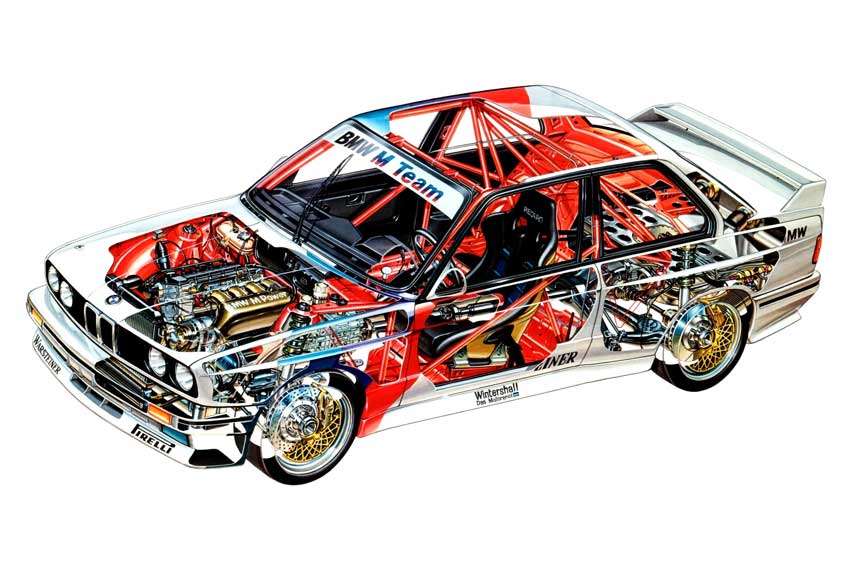 Due to constant changes in the homologation rules, some special BMW E30 models were produced. Models Evo 1, Evo 2 and Sport Evolution were lighter in weight, their aerodynamics were also improved and the wheel-arches were bigger in order to facilitate bigger wheels, especially in the DTM series.

Except from track racing, BMW M3 E30 also appeared in rally races, mainly in the national championships, but also in the World Rally Championship between 1987 and 1989. With its four-wheel drive, E30 was successful on tarmac, but on the loose surface, it couldn’t really achieve good results, even when the rally version was rear-wheel-based. Most notable success of BMW M3 E30 in the WRC was the victory in the 1987 Tour de Corse, with Bernard Beguin as the driver. 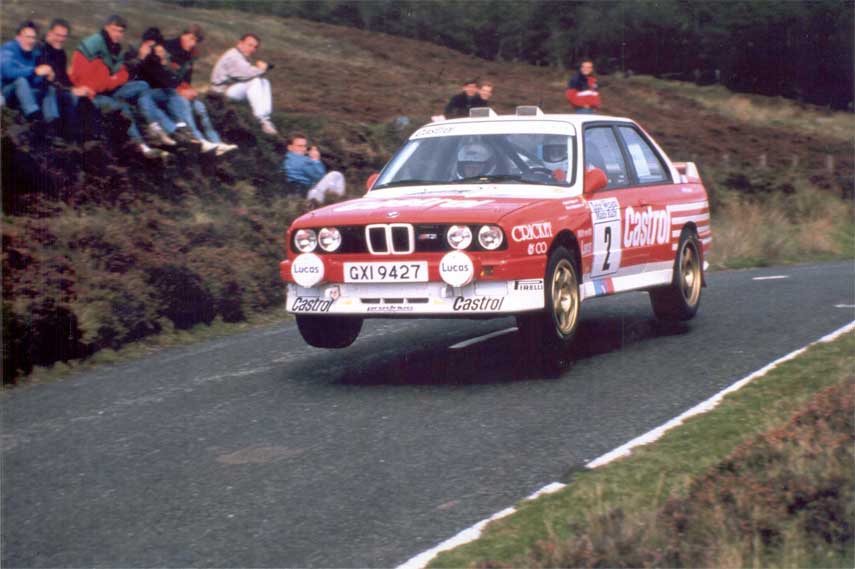 However, BMW E30 was probably the most successful Group A touring car on the racing tracks of all time. The Italian Roberto Ravaglia was the one who made this car successful, winning the 1987 WTCC title by only one point. In the same year, Wilfried Vogt became the European Champion just ahead of Altfried Heger, also in an M3.

In the DTM championship, BMW E30 was a striking force between 1987 and 1990. Teams which were factory supported, like Schnitzer or Zakspeed, kept the Bavarians in the top. Eric van de Poele was crowned as the champion in 1987, while Roberto Ravaglia claimed the title two years later. 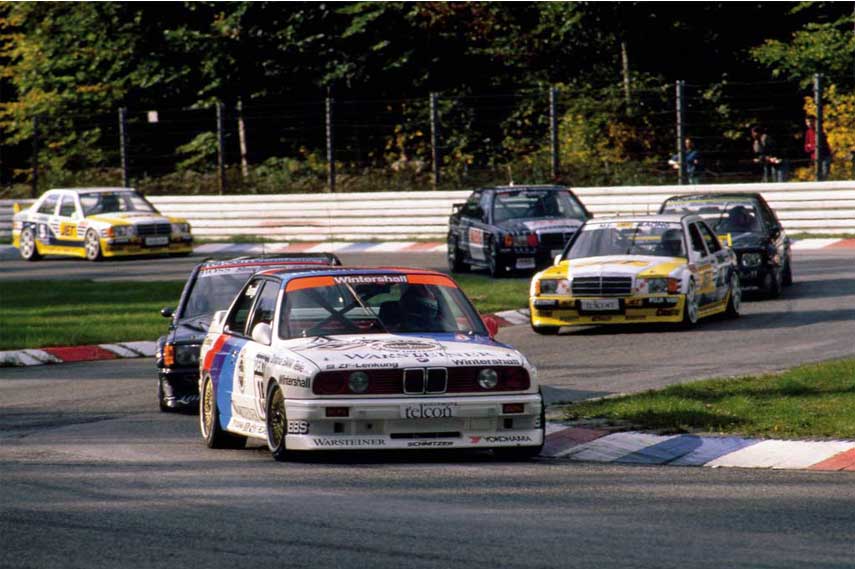 Ravaglia was also a member of the crew which scored one of the E30’s most notable victories. At the 1988 24 Hours of Nurburgring, E30 finished 1-2, with Ravaglia, Pirro and Giroix in the winning cars, while the car with Grohs, Heger and Manthey finished second. In the same year, at the famous Guia race of Macau, BMW M3 E30 also finished 1-2, but that time with Altfrid Heger as the winner and Markus Oestrich as the runner-up.