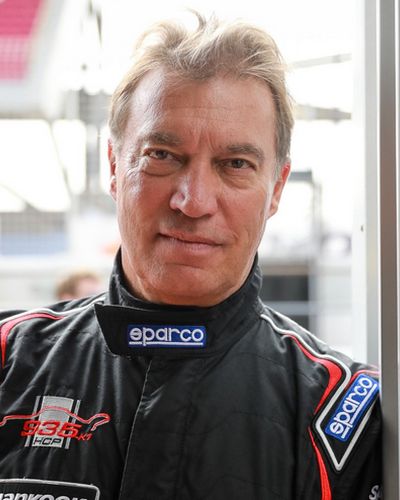 Altfrid Heger is a German racing veteran who has an impressive record in various racing disciplines, especially in touring cars and GT racing.

After spending many years in German touring car competitions (DTM and STW), he co-founded Hegersport company and team, organizing racing competitions and running cars in different championships. His last full season of racing was in the 2010 FIA GT1 World Championship but he never quit motorsport. Most recently, Heger participated at 2018 Dubai 24 Hours.

In the early 1980s, Heger recorded a couple of participations at Nurburgring 1000 Kilometers, a part of the World Endurance Championship, with touring cars (Opel Kadett or Ford Escort RS).

Then, in 1984, he made a debut at Le Mans 24 Hours, driving the #106 Porsche 930 together with Claude Haldi and Jean Krucker. They reached a podium, finishing second in Class B. In the same year, Heger participated in three more FIA WEC races, scoring two Class B wins with BMW M1 and retiring at Fuji in a C2 class Tiga GC284 prototype.

In June 1985, Heger recorded his second and last attempt at Le Mans 24 Hours, driving the #152 BMW M1 together with Harald Grohs and Kurt Konig. They retired after 32 laps.

No success in racing with single-seaters

In 1984, Heger also made a debut in Formula 3, driving a Ralt-Volkswagen for Bertram Schäfer Racing. Next year, he spent a full season in the German F3 Championship, scoring two podiums to finish seventh in the final standings.

In 1986, Heger recorded six starts and four DNQs in the International Formula 3000, still driving for Bertram Schäfer Racing. His last attempts in the single-seater competition were in the 1987 International F3000 series when he made one start and failed to qualify for two races.

In 1986, Heger entered a couple of races of the European Touring Car Championship with Linder Rennsport's BMW 325i but the highlight of the season was his debut at Spa 24 Hours.

In his first attempt at the greatest touring car endurance race, Heger reached a top podium spot. He was a race winner in the #11 BMW 635 CSi, sharing a car with Dieter Quester and Thierry Tassin. 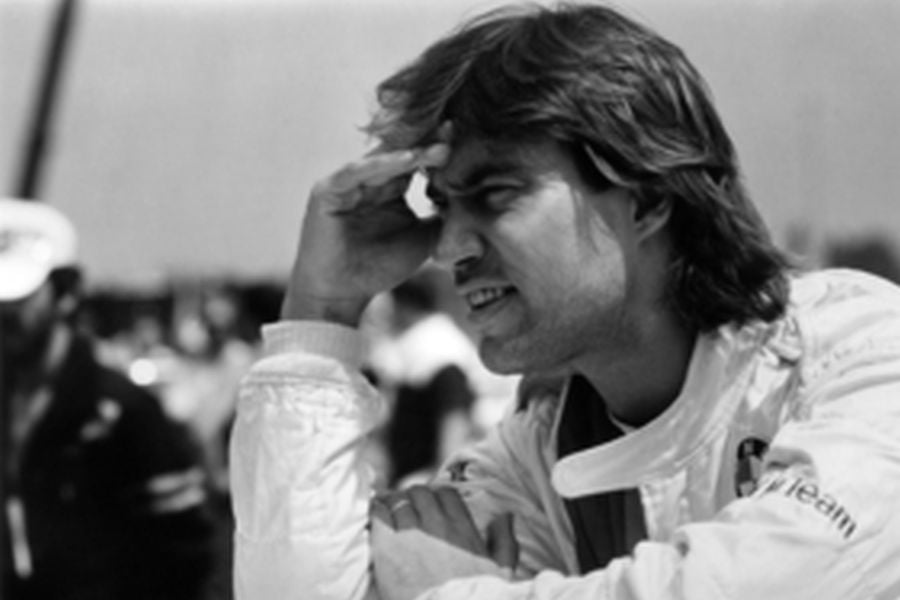 In 1987, Heger participated full season in the European Touring Car Championship, driving for Linder Rennsport together with Winfred Vogt. They scored two wins in the #47 BMW M3. Vogt had one more victory with Dieter Quester and became a champion, Heger ended a season second in the points.

In the same season, Heger was also BMW Motorsport's driver in the World Touring Car Championship. He was fifth at Spa 24 Hours, sharing a BMW M3 with Christian Danner and Franz Dufter. At Mount Panorama's Bathurst 1000, he was 11th overall and second among WTCC point-scorers, sharing a car with Winni Vogt and Olivier Grouillard. 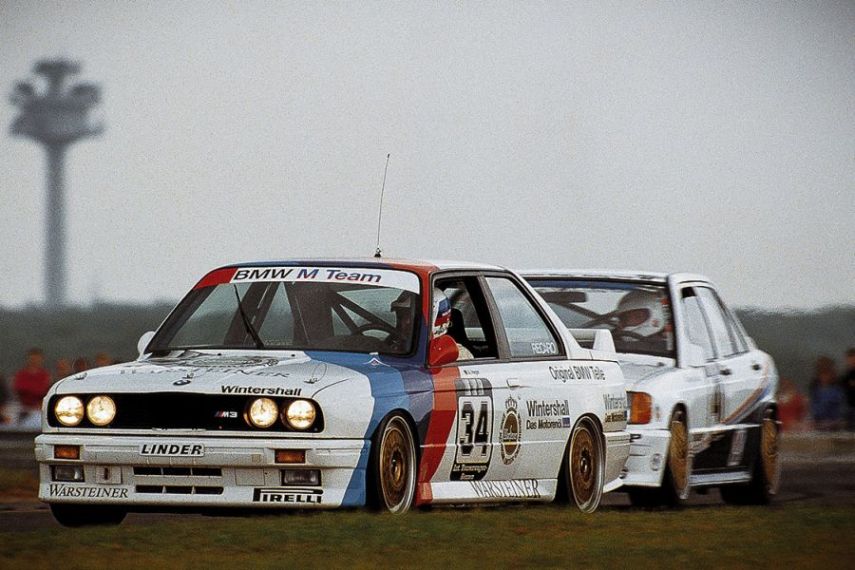 Altfrid Heger spent five seasons with BMW in the DTM

Heger also participated in selected rounds of the European Touring Car Championship, scoring the greatest success with his second victory at Spa 24 Hours. His partners in the victorious #56 BMW M3 were Dieter Quester and Roberto Ravaglia.

Heger stayed in the DTM for four more seasons, driving a BMW M3 three seasons for Linder M Team and one season for Schnitzer Motorsport. In those four seasons, he scored no wins, only two podiums in 1989 and four podiums in 1990.

Outside DTM, he regularly competed in endurance races. His biggest success was a victory at 1990 Nürburgring 24 Hours with Linder's BMW M3 Evo. He was sharing a car with Joachim Winkelhock and Frank Schmickler.

At Spa 24 Hours, he finished second overall and first in Division 2 in 1989, sharing the #15 BMW M3 Evo with Roberto Ravaglia and Fabien Giroix. He was again on a podium in 1992, finishing second in the #3 BMW M3 Sport Evo he was sharing with Eric van de Poele and Joachim Winkelhock.

Winner of the inaugural Porsche Supercup in 1993

In 1993, Heger left touring car racing for one season to compete in the inaugural Porsche Supercup, a one-make competition which served as a support series at Formula 1 Grand Prix events. Driving a Porsche 911 Cup Type 964 for Porsche Zentrum Koblenz, he became the first ever Porsche Supercup champion after winning three races (Barcelona and Hockenheim twice). He beat a vice-champion Uwe Alzen by two points.

In the same season, Heger competed in the Porsche Carrera Cup Germany. He won three races and finished second in the points, behind Wolfgang Land.

Outside Porsche competitions, Heger and Alexander Burgstaller were the winners of non-championship Vallelunga 6 Hours race, sharing a BMW M3 GTR.

After leaving a milestone mark in the Porsche Supercup, Heger returned to touring car racing in 1994. He entered the first edition of the Super Tourenwagen Cup (STW). He was driving the #11 BMW 318i for Team Schneider, winning one race and finishing fourth in the points. In July 1994, Heger reached Spa podium, finishing third in a 24-hour race together with Jean-Michel Martin and Patrick Slaus in a BMW 318is. 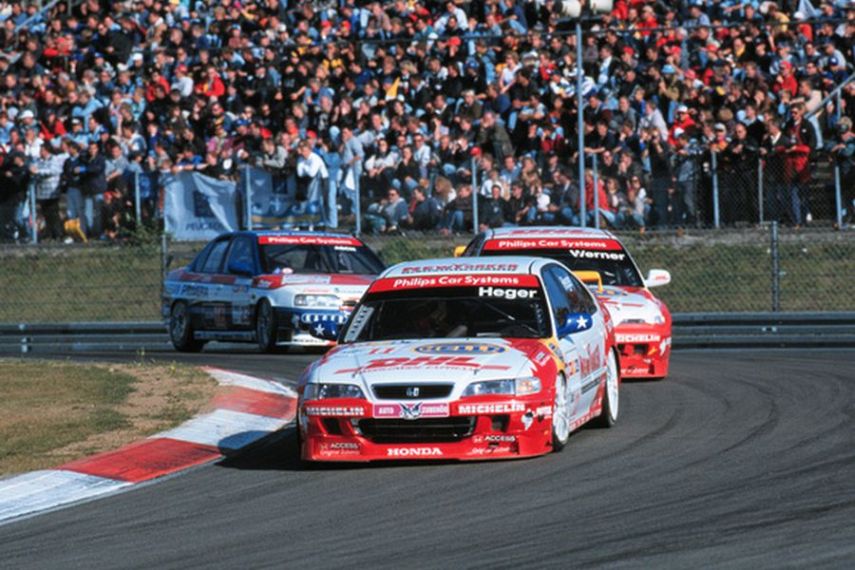 Altfrid Heger was driving Honda Accord in 1997 STW season

Racing with Porsche in GT championships

While he was a regular entrant in the Super Tourenwagen Cup, Heger joined Roock Racing in four events of the 1996 BPR International Endurance GT Series, driving the #4 Porsche 911 GT2 Evo. In four races he recorded four DNFs.

In 1998, Heger joined Konrad Motorsport in three races of the FIA GT Championship, driving the #66 Porsche 911 GT2. He and Franz Konrad were on a podium two times, at Donington and A1-Ring. Heger recorded one more FIA GT start with Konrad Motorsport in 1999, finishing sixth at Zolder.

Third place in the 1998 Porsche Supercup

In 1998, Heger returned to Porsche Supercup to compete a full season for the first time since his triumph in the inaugural season. He was driving a Porsche 996 GT3 Cup for Porsche Zentrum Koblenz/Zakspeed, scoring three podiums to finish third in the points behind Patrick Huisman and Oliver Mathai.

In 2000, the highlight of the season was Heger's second victory at 24 Hours of Nürburgring. He was sharing factory-backed Porsche 911 GT3-R with Bernd Mayländer, Uwe Alzen and Michael Bartels.

They made 145 laps around Nürburgring Nordschleife circuit in 24 hours, breaking a distance record from 1990 which was also set by Heger and teammates.

In 2000, Altfrid Heger and Christof Maischak founded Hegersport company, starting to organize V8Star Series for touring cars in 2001. The series lasted for three seasons. After that, in 2004, Heger made a deal with Porsche Germany to establish the national Sports Cup series for Porsche drivers.

While leading a company, Heger was out of racing, just occasionally returning to action, participating in few rounds of the 2003 V8Star Series and also at 2004 Nürburgring 24 Hours.

In 2007, Heger reactivated himself in the ADAC GT Masters. He participated in all-but-one rounds with GAG Racing's Porsche 997 GT3 Cup, sharing a car with Nikolai Krassin (four rounds) and Harald Becker (one round). With the fourth place as his best result, Heger finished 14th in the final standings.

In 2010, Hegersport became one of two Maserati teams in the inaugural FIA GT1 World Championship and Heger returned again to driving duties, competing full season in the #33 Maserati MC12 GT1. His co-drivers during a season were Alexandros Margaritis (four rounds) and Alex Müller (five rounds). Heger was on a podium two times, at Circuit Paul Ricard and Spa, finishing 17th in the points.

It was Heger's last full season. Later he appeared at Nürburgring 24 Hours few times, even taking SP7 class victory in 2012 with Kremer Racing's Porsche. Most recently, he competed with MRS GT-Racing's Porsche at 2018 Dubai 24 Hours, finishing second in SPX class. 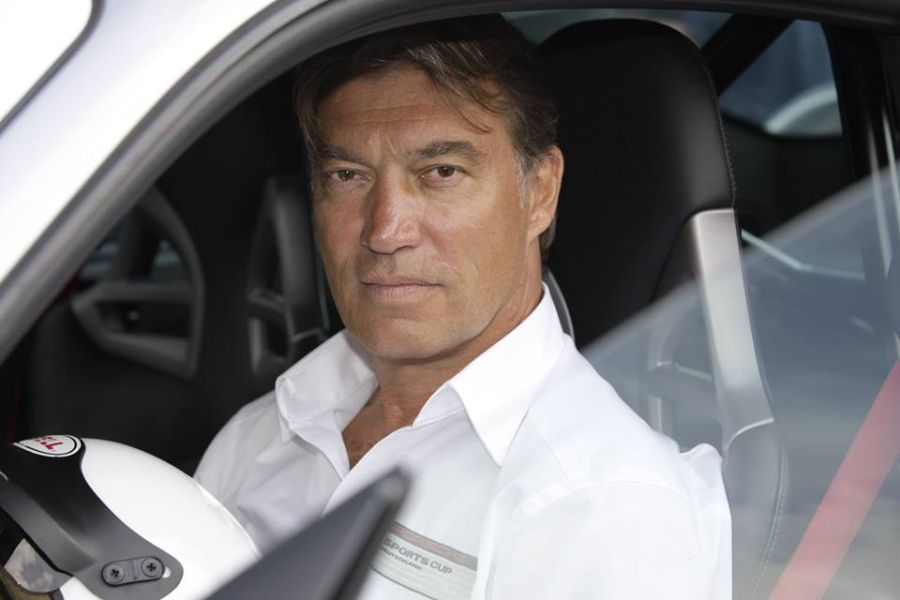