Circuit Internacional de Vila Real is a temporary street circuit in the town of Vila Real in northern Portugal. The venue has long racing history dating from the 1930s.

Cars and racing always were popular in Vila Real

Town of Vila Real is rightly considered as the heart of racing in Portugal. Group of enthusiasts organized first race in 1931, after successful car shows and festivities during the 1920s. Over the years, the race attracted more and more competitors and fans. The original dirt track, with many elevation changes, was 7.150 km long. 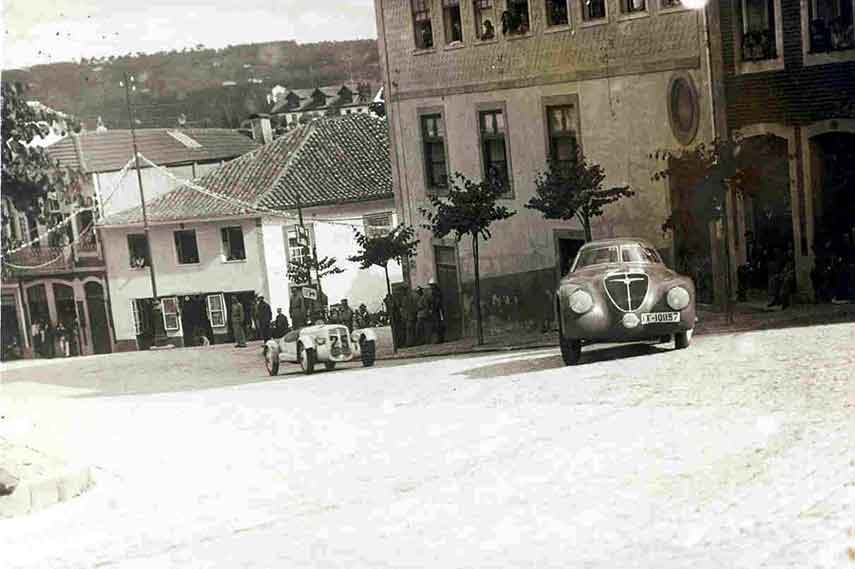 Golden years of racing at Vila Real circuit were in 1970s

During the World War II, races were abandoned but returned at Vila Real in 1949. Over the year, various motorcycle and cars races were held, with many famous names appearing as guests, like Sir Stirling Moss and Maria Teresa de Filippis. The 1970s were the golden years for Circuit Internacional de Vila Real. Many international events were held, even the endurance races, but new standards in the world of motorsports have caused cessation of racing activities for a long time. 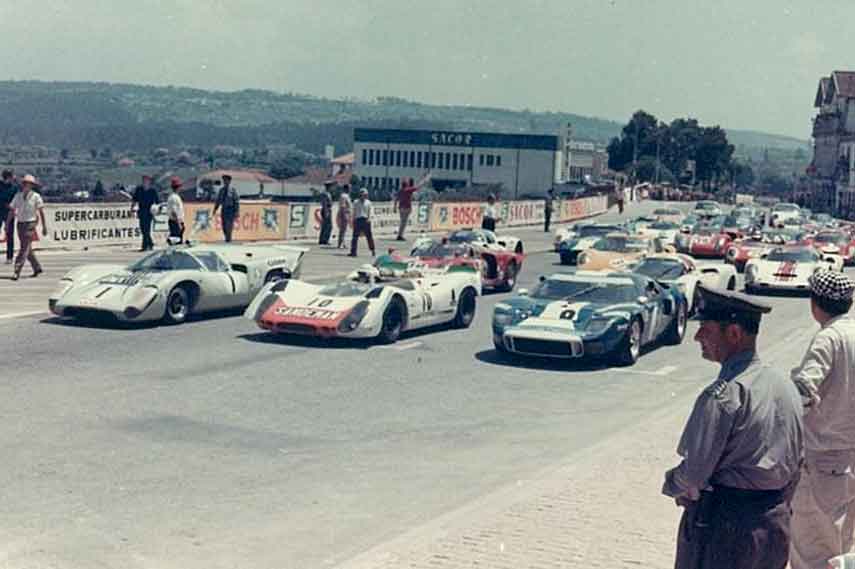 Start of the race at Vila Real Circuit in 1970s

Revival of the circuit in 2010s

Minor local competitions were still running at Vila Real, but that was far from the ’Golden years’. Luckily, in 2007, new attempts were made to revive the circuit but the obstacles were huge, mainly because poor state of the Portuguese economy. Finally, in 2014, the new promoting association was formed and with a help of the local council, top class events returned to Vila Real in 2015 when the round of the World Touring Cars Championship was held. In the previous years, the FIA WTCC Races of Portugal were held in Portimao, Estoril and Porto. 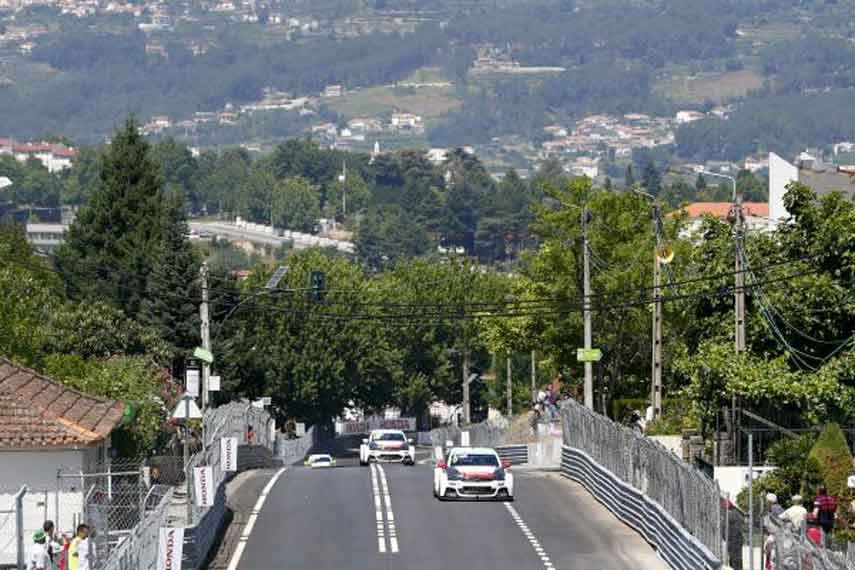 The current WTCC layout of the Circuit Internacional de Vila Real is 4.785 km long and has 24 turns. The lap time record holder is a two-time WTCC champion Jose Maria Lopez with a result of 2:00.873, set during the race in 2015. 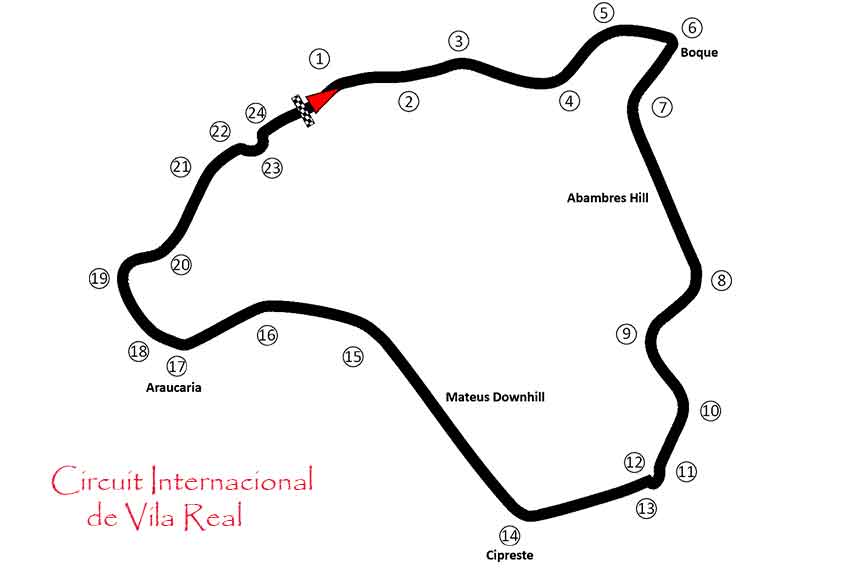 However, the drivers weren’t completely happy with the circuit after the 2015 WTCC race and demanded some changes be made to the chicanes which are very tight. Apart from that, the twisty street circuit is fast, flowing and exciting but those chicanes are requiring big slowdown.

Beautiful place for holiday after the race

If you are coming by plane, the nearest big airport is in Porto, around 100 km away, but Vila Real also has its own small airport for the private flights. Train connection from Porto is also available, just as a bus line. 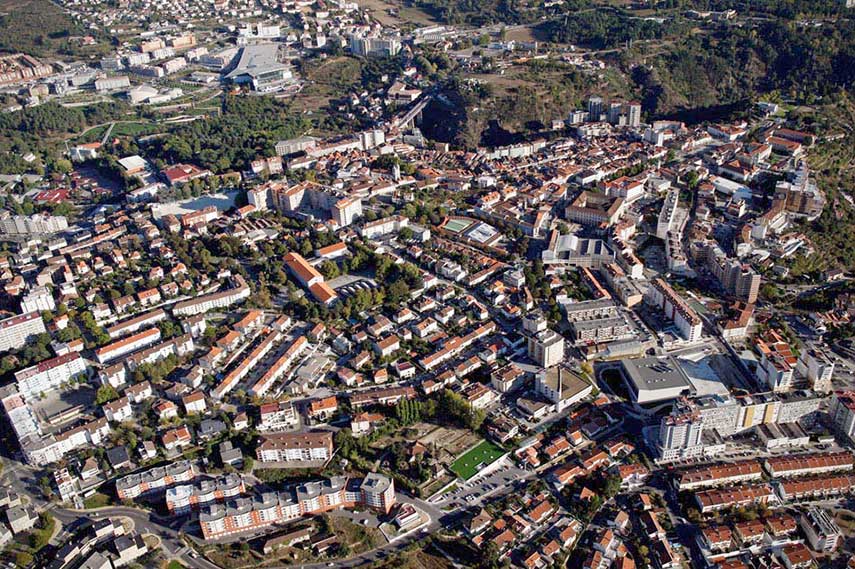 City of Vila Real hosts WTCC Race of Portugal since 2015

Plenty of various accommodation types are available in and nearby the city of Vila Real, so for those who are interested in combining races with the peaceful vacation, a trip to the northern Portugal could be a pure pleasure.