Anthony Reid is a racing driver from Scotland whose career is lasting for more than 35 years, since the early 1980s. During that period, he achieved impressive results in different racing disciplines.

Reid's probably the greatest international result is the third place overall at 24 Hours of Le Mans in 1990, together with Tiff Needell and David Sears in a Porsche 962C. After that, he spent many years in Japan, winning the Japanese Formula 3 Championship in 1992 and being successful in Japanese touring car and GT championships.

From 1997 to 2009, Reid was active in the British Touring Car Championship, finishing as a vice-champion two times, in 1998 with Nissan Primera and in 2000 with Ford Mondeo. Most recently, Reid has won GTC class British GT Championship in 2011. Currently, he is active in historic race events. Early years in the Formula Ford and Formula 3

He competed in Formula 3 without any success until 1988, also making one start in the Thundersports Series in 1987 in a Tiga SC87-Ford prototype. In 1989, Reid finished third in the British Formula Vauxhall Lotus.

The highlight of the season, maybe the highlight of his career, was the third place overall at 24 Hours of Le Mans. He was sharing Alpha Racing's #45 Porsche 962C with Tiff Needell and David Sears, reaching a podium behind two Silk Cut Jaguar XJR-12s. 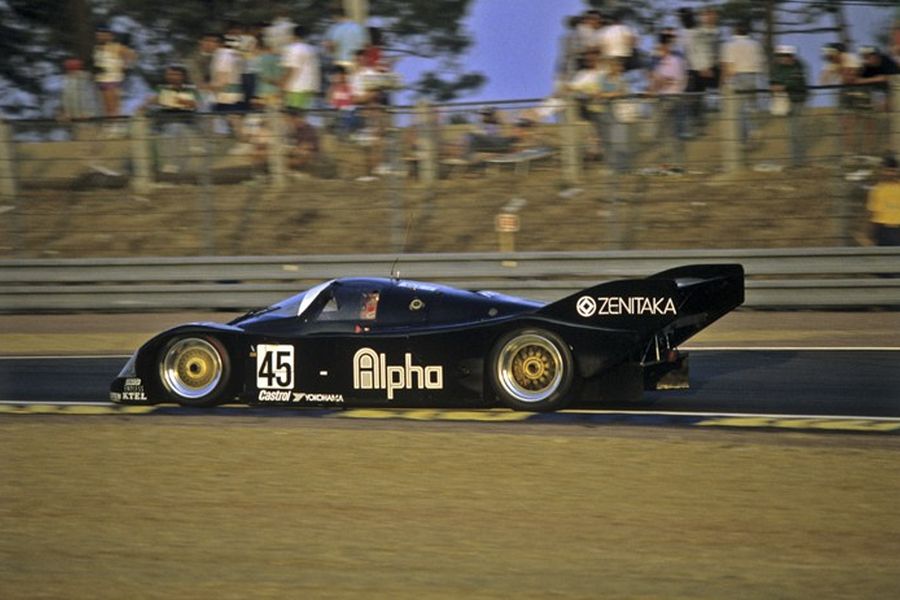 In 1991, parallel to his sports car racing commitments in Europe and Japan, Reid also made a debut in the Japanese Formula 3 Championship with Tomei Sport team. In his first season in a Ralt-Honda, he scored just one podium. In that year's Le Mans 24h, he drove Porsche 962C for Konrad Motorsport, not finishing the race.

In 1992, Reid focused solely on the Formula 3, winning the Japanese F3 crown after five wins in ten races in Tomei Sport's Ralt RT35-Honda. In a title fight, he defeated Jacques Villeneuve.

Parallel to JTCC campaign, he continued to drive for Tomei Sport in the Japanese Formula 3, scoring four wins and finishing third in the points, behind Tom Kristensen and Rickard Rydell. 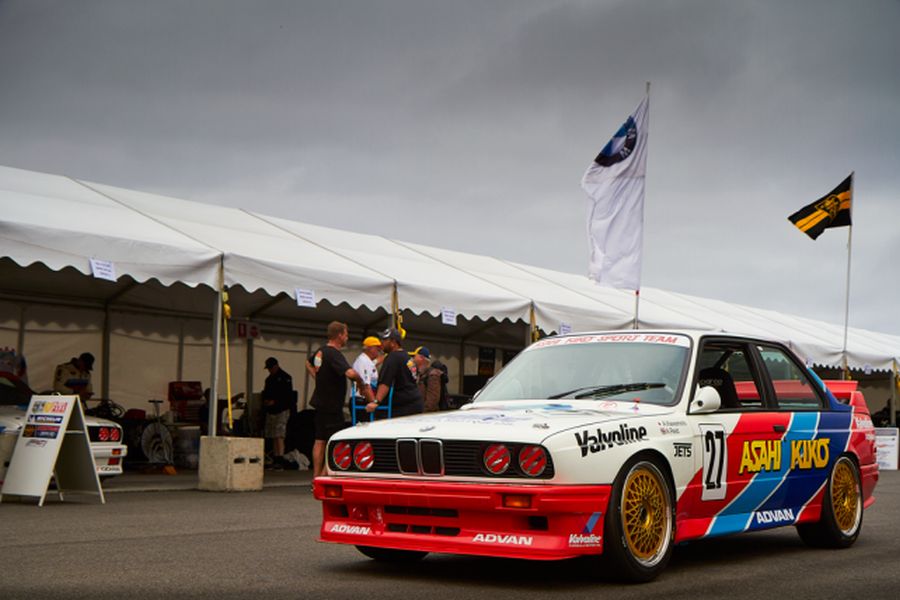 In 1994, Reid competed in two Japanese championships, driving Vauxhall Cavalier and Opel Vectra for Team HKS in the JTCC and two different cars (Porsche 962C, Ferrari F40) for Team Taisan in the Japanese GT Championship. He won four touring car races to finish fourth in the points. In GT races, he was a winner once, at Fuji, to finish fourth in the points.

In 1995, Reid had a similar programme, driving for Team Taisan and for HKS Opel Team Japan.  He won one GT race in a Porche 911 GT2 to finish seventh in the points. In touring car races, he won three times to finish fourth in the points.

Reid's last season in Japan was 1996. He was driving Porsche 911 GT2 for Team Taisan in GT races and Nissan Primera for BMS Scuderia Italia in just one round of the Japanese Touring Car Championship, winning the season-closing race at Fuji.

Returning to Europe in 1996, racing with Nissan in STW

In 1996, Reid moved his career back to Europe, spending a full season in the German-based ADAC Supertouren Wagen Cup (STW). He was driving the #23 Nissan Primera eGT for BMS Scuderia Italia, alongside Sascha Maassen and Ivan Capelli as teammates. Scoring just two podiums in sixteen races, both at Salzburgring, he finished 18th in the points.

In 1996, Reid also returned to Le Mans, driving a Lister Storm GTS together with Tiff Needell and Geoff Lees. They finished 19th overall and 11th in GT1 class. 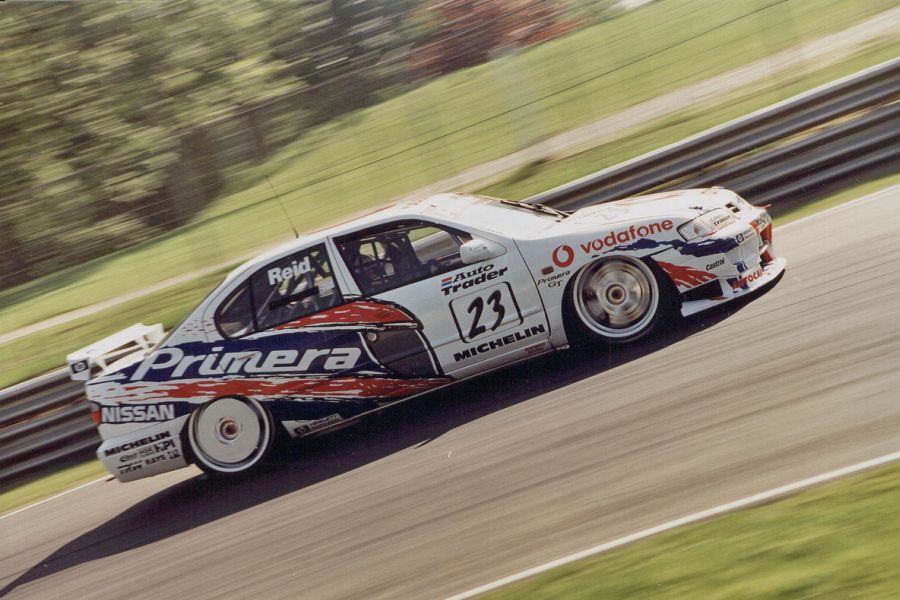 In 1997, Reid made a debut in the British Touring Car Championship with Vodafone Nissan Racing. The 40-year old rookie was driving the #23 Nissan Primera eGT, scoring two podiums and finishing 11th in the points. His teammate was David Leslie and they finished fifth among eight manufacturer teams.

In 1998, the RML-prepared Nissan Primeras scored nine victories, including seven wins of Anthony Reid's #23 car. He ended a season second in the points, losing a title to Volvo's Rickard Rydell. As a consolation, Nissan captured Manufacturers' Championship. 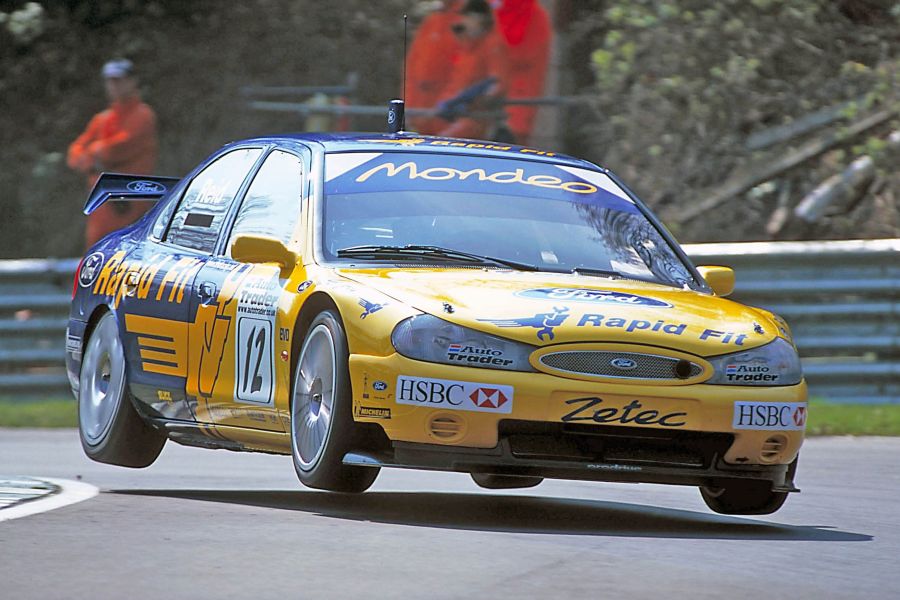 For the 1999 BTCC season, Reid joined Prodrive Ford Team to drive the #2 Ford Mondeo next to Alain Menu as his teammate in the #4 car. In his first season with Ford, Reid scored two podiums to finish 12th in the final standings.

The results were much better in 2000 and Reid was the BTCC vice-champion for the second time in a career. He scored two wins in the #12 Ford Mondeo, ending a season behind his teammate Alain Menu. The team's third driver Rickard Rydell was third in the points and Ford dominantly won Manufacturers' and Teams' titles.

Reid changed a manufacturer again in 2001, joining MG and West Surrey Racing. He was waiting for most of the season on a development of an MG ZS race car, participating just in the last three rounds and winning one race. While waiting to race with MG in the BTCC, he appeared at Le Mans in an MG-Lola EX257, with Jonny Kane and Warren Hughes as his co-drivers. They retired after just 30 laps. The same trio recorded one more DNF at Le Mans in 2002.

Reid's last season with West Surrey Racing was 2004. He was a race winner three times, ending a season fourth in the final standings. That year, WSR competed as an Independent entry and Reid managed to win Independent Drivers' Championship ahead of his teammate Colin Turkington. 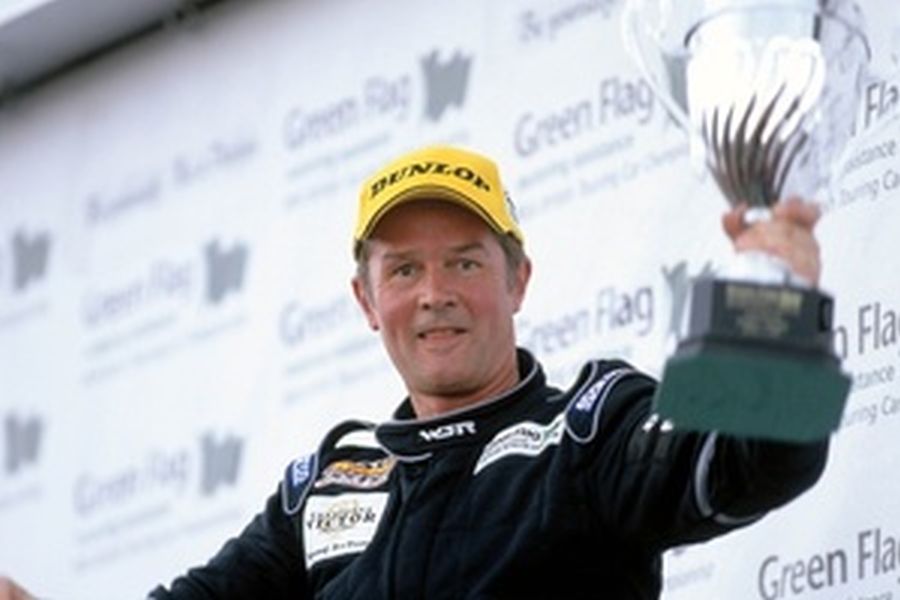 One more last attempt at Le Mans in 2005

Reid left BTCC in 2005 and competed occasionally in sports car races. He made his last appearance at Le Mans 24 Hours, driving a Ferrari 360 Modena GT for Ecurie Ecosse. His partners were Andrew Kirkaldy and Nathan Kinch. They retired after 70 laps.

Later that year, Reid joined RJN Motorsport to drive Nissan 350Z in three rounds of the British GT Championship. He was third at Silverstone, sharing a car with Michael Bentwood. 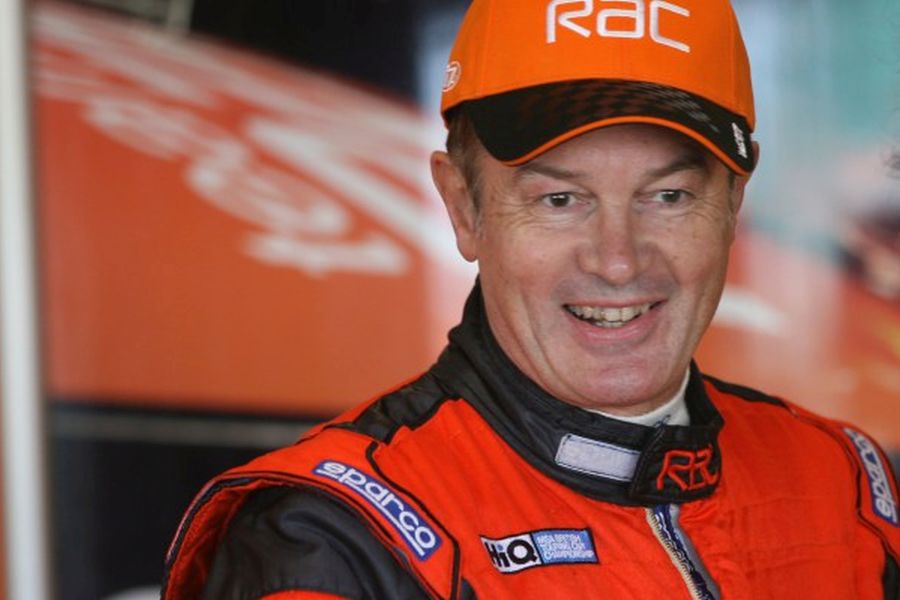 In 2009, Reid made a one-off appearance in the Porsche Carrera Cup GB and then he was invited to drive the #14 BMW 320si for WSR/Team RAC in the last three BTCC rounds alongside regular drivers Colin Turkington and Stephen Jelley, in an attempt to bolster Turkington's championship chances. Turkington won the title, Reid's best result was the seventh place in the last race at Brands Hatch.

In 2009, Reid also raced in the Argentinean TC2000 touring car series with Honda Petrobras' Civic. He was a regular guest in Argentina since 2005, even winning one race in 2008 together with Jose Maria Lopez. 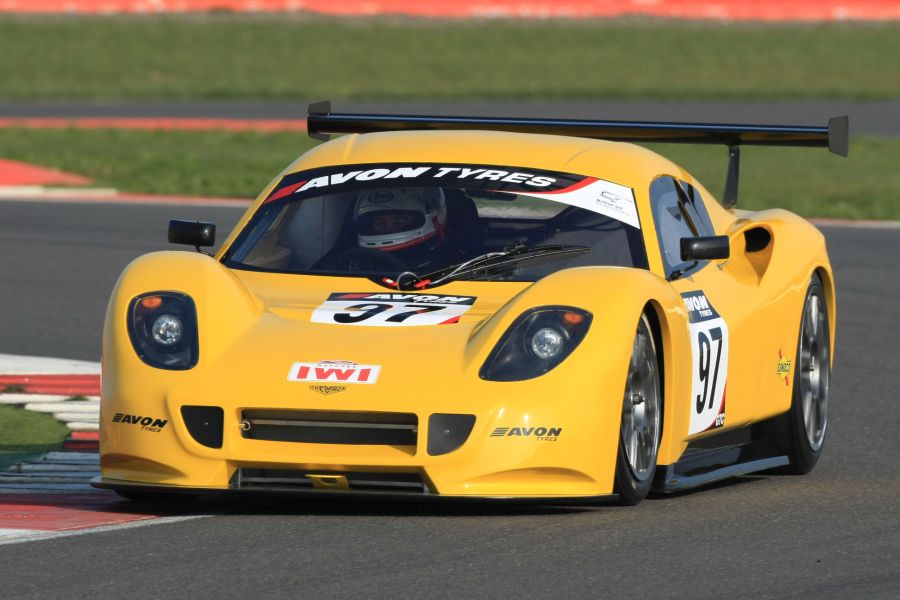 Reid was out of racing in 2010 and then he joined Chevron Racing Cars to drive a Chevron GR8 in the British GT Championship.  The team fielded two cars in GTC class. Reid was sharing the #97 car with Jordan Witt, participating in six of ten races and taking the GTC class title.

Reid and Witt stayed with Chevron in the 2012 British GT season. This time, they competed in Invitational class, not being eligible to score points.

It was Reid's last full season in some competitions. Since then, he competes regularly in historic racing events. He also appeared in the Fun Cup UK. 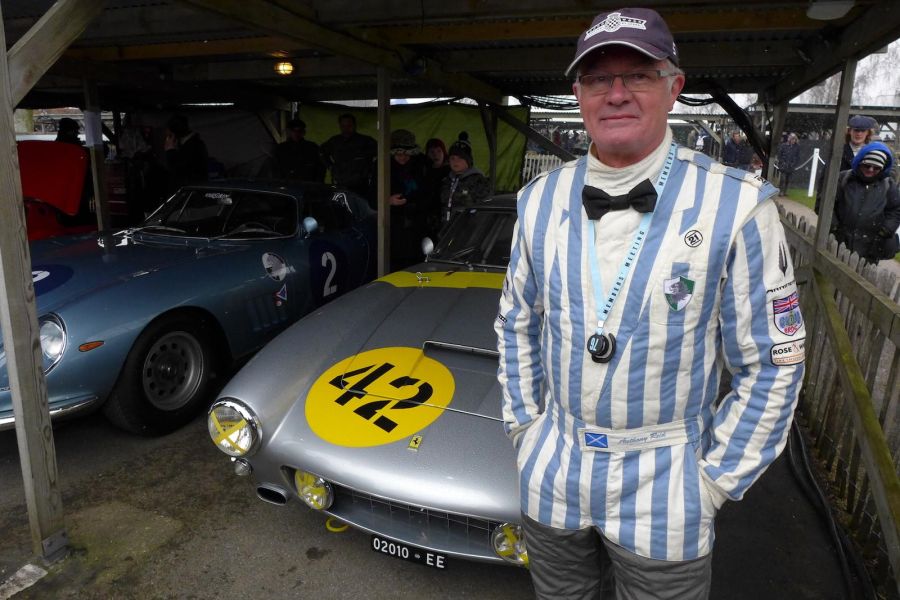