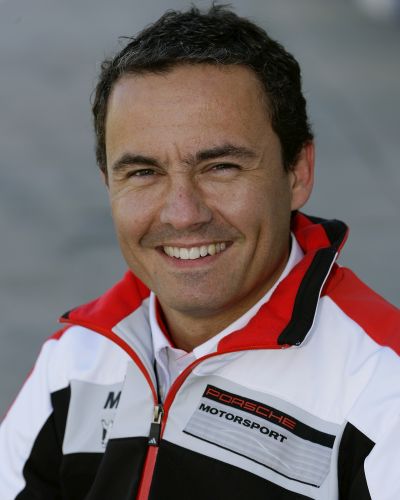 Sascha Maassen is a German former racing driver who gained most of the success in the sports car racing, both with GT cars and prototypes. In seven appearances at 24 hours of Le Mans between 2000 and 2009, Maassen scored two class wins and three more class podiums. Of other achievements during the 2000s, he was a three-time class champion in the American Le Mans Series and FIA GT champion. Earlier in a career, as a single-seater competitor, Maassen has won the famous Formula 3 Macau Grand Prix in 1994.

Career start in the Formula Ford and progress to Formula 3

Sascha Maassen was born on September 28, 1969, in Aachen, Germany. He began a racing career in go-karts and moved to cars in 1989, entering the Formula Ford 1600 and competing both in the German and European championship. He was the championship runner-up in 1990 and then he moved to the Formula 3 in 1991.

In 1992, as a member of Volkswagen factory team, he finished third in the German F3 championship, behind Pedro Lamy and Marco Werner. He repeated that success in 1993. This time, Jos Verstappen and Max Angelelli were better than him.

The biggest success of his single-seater career followed in 1994 when he was driving Dallara 394 for Opel Team WTS. He finished fourth in the German championship but triumphed at the prestigious Macau Grand Prix at the famous Guia Circuit.

He won ahead of Kelvin Burt and Jan Magnussen. In other two non-championship races, at Monaco Grand Prix and Masters of F3, he finished third.

From 1995, Maassen switched his focus to touring cars, competing with Nissan Primera mostly in the German Supertouring Championship. He spent three seasons with Nissan, not scoring either one win or podium.

During the time with Nissan, Sascha occasionally competed in some single-seater competitions, such were Formula 3000, Formula 2 or Formula 3. At 1995 Macau Grand Prix, he returned to defend a title but finished fourth.

In 1998, Sascha opened a new chapter in a career, joining Roock Racing in the FIA GT Championship. In his first season with GT cars, Maassen scored one win and two podiums to finish 8th in the points of GT2 class. He was sharing the Porsche 911 GT2 mostly with Bruno Eichmann but also participated in one race with Cirtek Motorsport's Porsche. Maassen also tried to qualify for 24h Le Mans, but he wasn't quick enough.

In 1999, Maassen's main competition was the Porsche Pirelli Supercup, where he finished fourth. In the FIA GT Championship, he recorded five starts with three different teams. The highlight of the season was his guest-appearance in the American Le Mans Series and GT class victory at Petit Le Mans with Alex Job Racing's Porsche, which he shared with Cort Wagner and Dirk Müller.

In 2000, Maassen joined Porsche as a factory driver. His primary job was driving a Porsche 996 GT3 R for Dick Barbour Racing in the American Le Mans Series, as a partner to Bob Wollek.

They won five out of twelve races, finishing third in the points of GT class. One of those wins was the second straight win at Petit Le Mans.

The season 2000 was the year of Maassen's debut at two great endurance races. In February, he partnered Franz Konrad and Jan Lammers in the #31 Lola B98/10prototype at Daytona. They didn't finish the race.

Maassen was much more successful in his debut at Le Mans. He was driving the #82 Porsche 996 GT3 R for the Australian team Skea Racing International, together with Johnny Mowlem and David Murry. The trio finished 17th overall and second in GT class.

In 2001, Maassen started a season with one more DNF at Daytona 24h. This time, he was driving the Lola B2K/10 prototype for Champion Racing. His second participation at Le Mans 24h ended after 95 laps with the retirement of the #36 Dick Barbour's Reynard 01Q prototype. He was sharing the car with Didier de Radigues and Hideshi Matsuda.

For 2001 American Le Mans Series, Maassen was paired with Lucas Luhr in the #23 Alex Job Racing Porsche 996 GT3 R. With three wins in ten races, Maassen was again third in the ALMS GT class standings. One of his wins was at Sebring 12 hours.

The third attempt at Daytona 24h was successful for Maassen, as he reached the finish and took the podium in the SRP class, finishing fourth overall with Champion Racing's Lola-Porsche prototype.

The season was marked by Maassen's first championship title in his career. He and Lucas Luhr were dominant drivers in the GT class of the American Le Mans Series, winning seven of ten races with #23 Porsche. These victories included second straight Sebring 12h win and third win at Petit Le Mans.

In June 2002, Maassen scored his second podium at Le Mans. He was driving the #80 Porsche 996 GT3 RS for Freisinger Motorsport alongside Romain Dumas and Jorg Bergmeister. They finished 17th overall and second in GT class.

Lucas Luhr and Sascha Maassen in 2003

In 2003, Maassen and Luhr win the American Le Mans Series GT class championship again, with five wins in nine races. One of those wins was at Sebring 12h, for the third year in a row.

The next big success in 2003 was Maassen's first victory at 24 hours of Le Mans. Together with Lucas Luhr and Emmanuel Collard, he was driving the #93 Porsche 996 GT3 RS for Alex Job Racing.

Later in the season, Maassen participated in one more great win, at Mont-Tremblant's round of the Grand-Am Road Racing Championship. He was driving Brumos Racing's Fabcar-Porsche alongside David Donohue and Mike Borkowski.

After two ALMS title, Maassen was mostly the third driver for Alex Job Racing in 2004 ALMS season, participating in only five races. He won at Sebring (fourth time) and Petit Le Mans (fourth time). His main competition was the FIA GT Championship, where he captured the championship title in the NGT class, together with Lucas Luhr. They won six races in Freisinger Motorsport's #99 Porsche.

During 2005, Maassen was mainly focused on the development of the new Porsche RS Spyder prototype. The car debuted at Laguna Seca's round of the American Le Mans Series. Lucas Luhr and Sascha Maassen were driving the #5 car for Penske Motorsports and they scored a victory in LMP2 class, finishing fifth overall.

Of other competitions, he finished 8th at Daytona 24h with Brumos Racing's Fabcar-Porsche.  At Spa 24 hours, he finished 20th with Embassy Racing's Porsche 996 GT3 RSR.

Penske's #6 Porsche RS Spyder was a victorious car in the 2006 American Le Mans Series season, so Sascha Maassen captured his third ALMS championship title. His partner in the first part of the season was Lucas Luhr, then Timo Bernhard joined him. In total, Maassen scored three wins.

Of other competitions, Maassen scored a class win at Spa 24 hours with Manthey Racing's Porsche 997 and finished fourth overall at Daytona 24h with Red Bull/Brumos Fabcar-Porsche.

Maassen continued to drive Porsche RS Spyder for Penske in the 2007 ALMS season, scoring three wins and finishing as the championship runner-up, together with Ryan Briscoe. The champions were their teammates Timo Bernhard and Romain Dumas.

In June 2008, after missing the event for three years in a row, Maassen returned to 24 hours of Le Mans. He scored his third class podium and the first podium in LMP2 class. He was driving the #31 Porsche RS Spyder for Team Essex, together with John Nielsen and Casper Elgaard. They finished 12th overall and second in LMP2 class.

In the 2008 ALMS season, Maassen continued to drive Porsche RS Spyder for Penske. With seven podiums but without wins, he finished fourth in the points of LMP2 class. His partner in the #6 car was Patrick Long.

In 2009, Maassen slowed down his activities in the international competitions, participating only in selected races (Daytona, Le Mans, FIA GT Paul Ricard and Zolder). In his last Le Mans participation, Maassen was a part of the Japanese Navi Team Goh, together with Seiji Ara and Keisuke Kunimoto. Their #5 Porsche RS Spyder stopped after 339 laps.

Maassen's main competition was the Italian GT Championship with Autorlando Sport team, alongside Francisco Cruz Martins. They were driving the Porsche 997 GT3 RSR. Maassen finished fourth in the points with four wins, his teammate became the champion.

Porsche Supercup and Porsche Carrera Cup Deutschland were Maassen's main competitions in 2010. He spent full seasons in both championships, scoring no wins or podiums.

Outside Porsche Cups, he participated in three ALMS races with Muscle Milk Team Cytosport's Porsche RS Spyder and at Daytona 24h with Crown Royal/NPN Racing's Riley-BMW. The highlight of the season was an LMP2 class victory at Sebring 12h in March. Maassen's partners in that race were Klaus Graf and Greg Pickett.

In 2011, Maassen returned to Daytona 24h with Spirit of Daytona Racing team, not finishing the race. Later in the season, he participated in nine races of the American Le Mans Series with Paul Miller Racing's Porsche 997 GT3 RSR. He finished 13th in GT classification.

One more season with Paul Miller Racing followed in 2012, again without wins or podiums. Maassen finished 10th in the points. With the same team, he participated at Daytona 24h, but they retired due to gearbox failure.

A year later, in January 2013, Maassen participated in his last race at Daytona International Speedway, driving the #62 Porsche 911 GT3 Cup for Snow Racing/Wright Motorsports. He was sharing a car with Madison Snow, Melanie Snow, Marco Seefried and Klaus Bachler. They finished 19th overall and 11th in GT class.

In recent years, Sascha Maassen is working as a driver coach in the Porsche Motorsport Junior programme.

Maassen is working as a driver coach for Porsche juniors