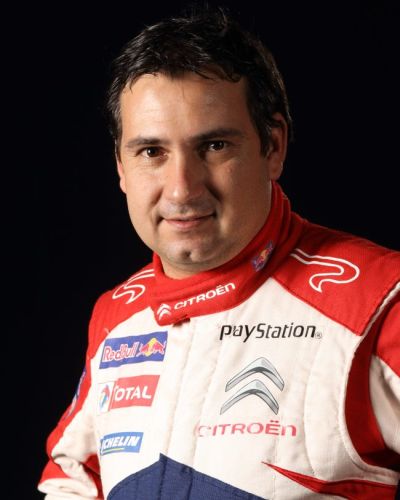 Daniel Elena is a rally navigator from Monaco who shared nine World Rally Championship titles with Sebastien Loeb, becoming the most successful rally co-driver in the history of the global competition. Together they participated in 173 WRC events, winning 79 times and scoring 117 podiums, what is the all-time record in the World Rally Championship.

Born in October 1972, Daniel Elena started his co-driving career in 1993 but he was also active as a rally driver, recording more than ten starts in different national events but also one WRC start, back in 1998 at Rallye Monte-Carlo. 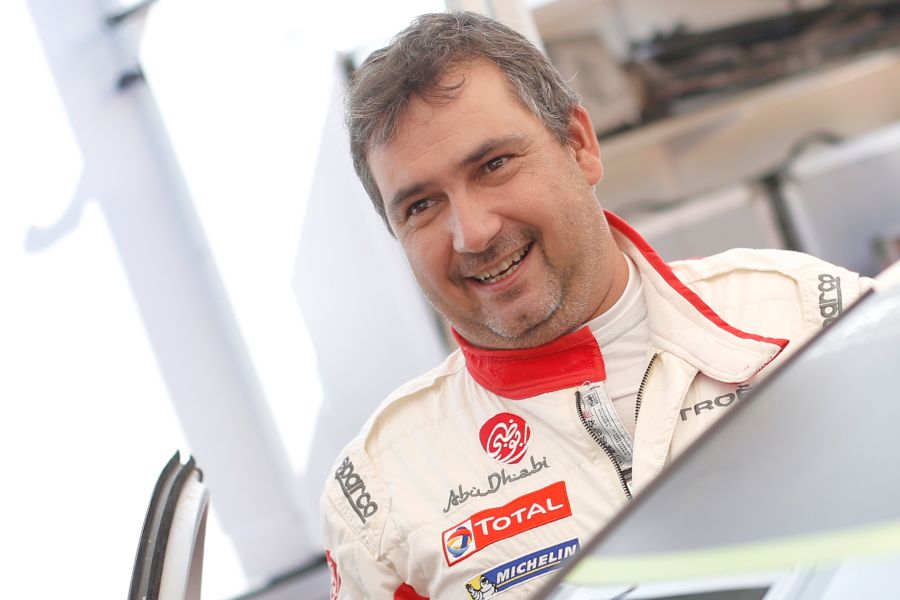 Starting a rallying career in 1993

Daniel Elena started his rallying career in November 1993 as a co-driver to Michel Gioffre at Rally du Var in France, what was then a round of the European Rally Championship. They finished 59th in a Honda Civic VTi.

Elena stayed with Gioffre until 1995, participating occasionally in national events. In 1996, Elena met Herve Bernard and navigated him in a couple events in a Citroen AX GTI. In 1997, they spent a season together in a Peugeot 106 Rallye, competing in the French Volant Peugeot championship. 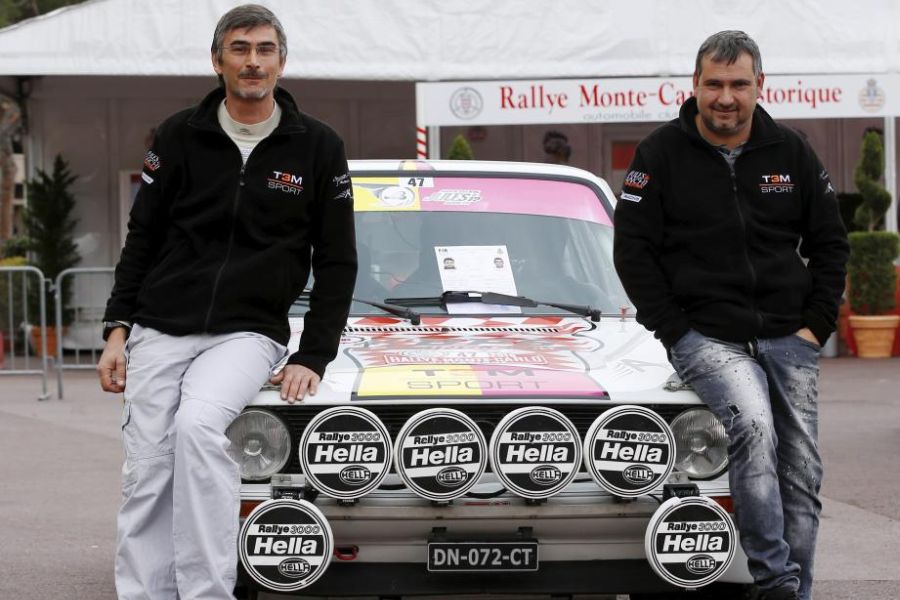 WRC debut as a driver at 1998 Rallye Monte-Carlo

In 1997, Elena also made his debut as a rally driver, competing in a Peugeot 106 Rallye at the Challenge Prince Albert de Monaco. His co-driver was Olivier Campana.

Then, in January 1998, he made a WRC debut at his home event, the Rallye Monte-Carlo, sharing the #110 Peugeot 106 Rallye with Campana. They finished 36th overall and second in N1 class. 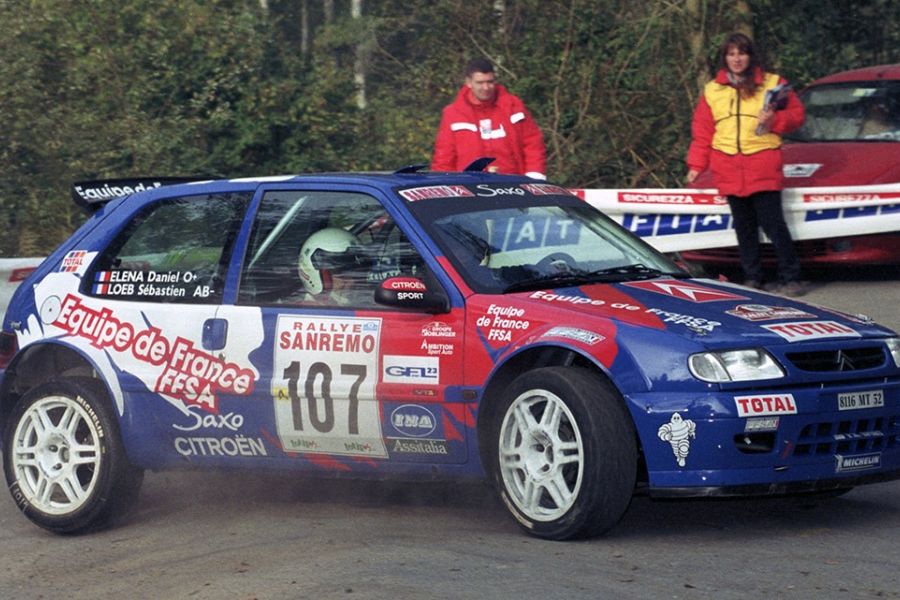 Partnership with Sebastien Loeb was born in 1998

In 1998, the partnership with Sebastien Loeb was born. Loeb/Elena were rallying in a Citroen Saxo Kit Car, recording three class wins in national events. The first championship title came in 1999 when they won the Citroen Saxo Trophy.

In 1999, Loeb and Elena also participated in three WRC events – Catalunya, Tour de Corse and Sanremo, representing the Equipe de France FFSA. They crashed in Spain and took A6 class victories in France and Italy.

In 2000, Elena was navigating Loeb in a Citroen Saxo in French championship but also in two WRC events, recording DNF in Finland and class victory at Rally GB. They also made a debut in a World Rally Car, driving a Toyota Corolla WRC at Tour de Corse and finishing ninth overall. One more start in a Toyota followed at Rally Sanremo where they finished tenth. 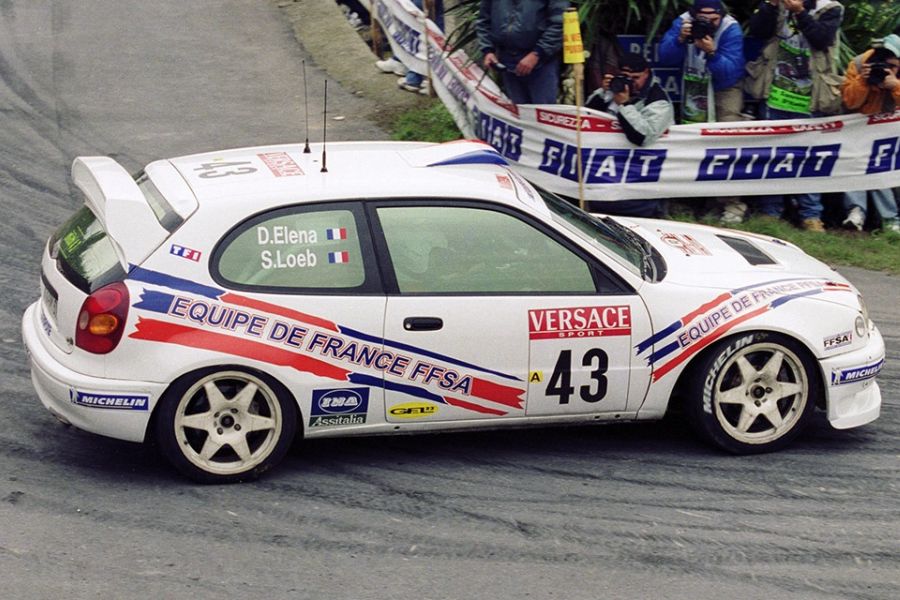 Back in 2000, Loeb/Elena participated in two WRC events in a Toyota Corolla WRC

Both French champion and JWRC champion in 2001

In 2001, Elena and Loeb claimed their first international success, winning the Junior WRC title in a Citroen Saxo Kit Car and Citroen Saxo S1600. They won all five JWRC events they visited, adding a second place in class at Rallye Monte-Carlo.

In the same year, Loeb/Elena became the French rally champions after they won six times in a Citroen Xsara Kit Car. 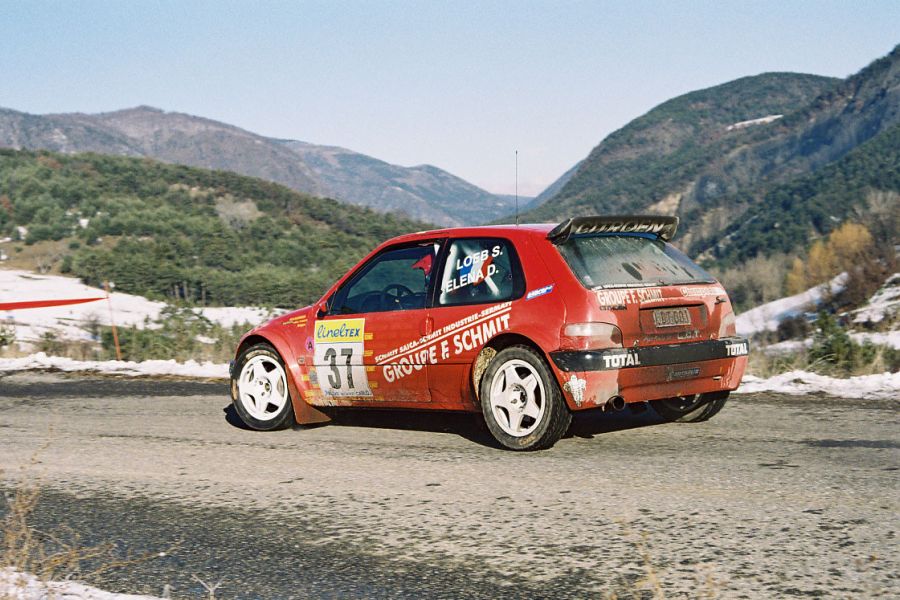 WRC podium in a debut with Citroen factory team

As the world's best junior rally driver, Loeb gets an opportunity to drive a Citroen Xsara WRC for Citroen factory team at 2001 Rallye Sanremo. Navigated by Daniel Elena, he finished in the second place, recording his maiden WRC podium.

An impressive performance in 2001 earned an invitation from Citroen and Loeb/Elena became factory crew in the 2002 World Rally Championship season. 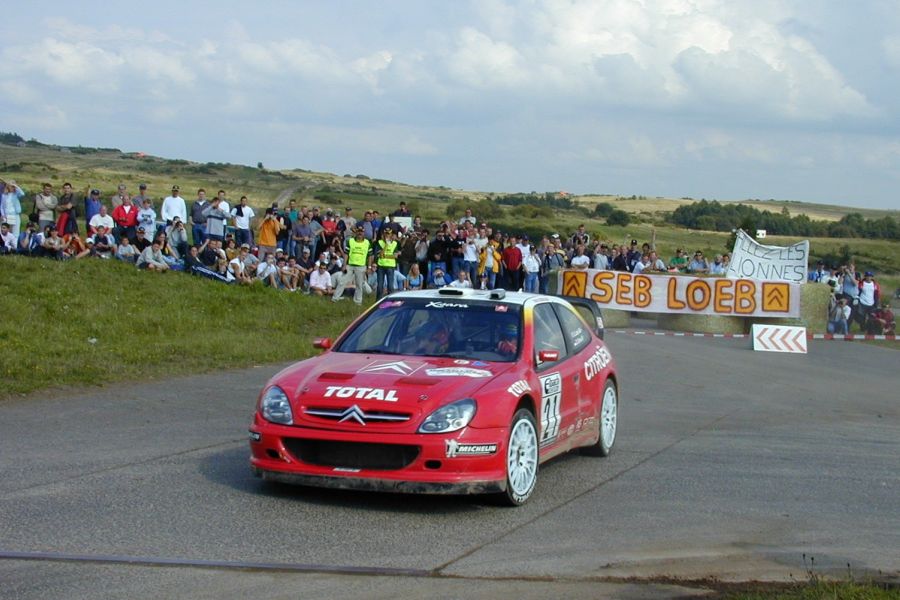 Loeb/Elena opened the 2002 season with a podium at Rallye Monte-Carlo in the #21 Citroen Xsara WRC, finishing in the second place behind Tommi Makinen/Kaj Lindstrom, but only after they received time-penalty.

After they were stripped of victory at Monte-Carlo, Loeb/Elena recorded five more WRC starts before they clinched their maiden WRC win at ADAC Rally Deutschland. At the end of the season, they were 10th in WRC points.

In 2003, Loeb/Elena opened a season with a victory at Rally Monte-Carlo, what was their first of record-breaking seven victories. Later in the season, they added wins in Germany and Italy to their accounts, losing the WRC title by just one point to Petter Solberg and Phil Mills. 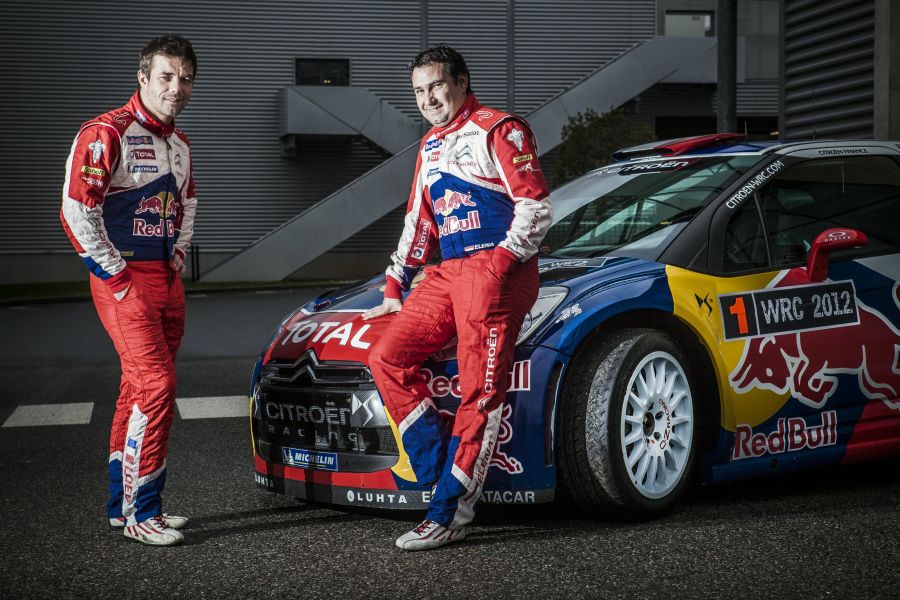 In 2004, Sebastien Loeb and Daniel Elena clinched their first WRC title, starting an era of unprecedented domination in the world's premier rally division.

With nine consecutive WRC titles from 2004 and 2012, Loeb and Elena deserved a place in the history books as the most successful rally crew ever. In that period, they won 72 WRC rallies in three different cars – Xsara WRC, C4 WRC and DS3 WRC. 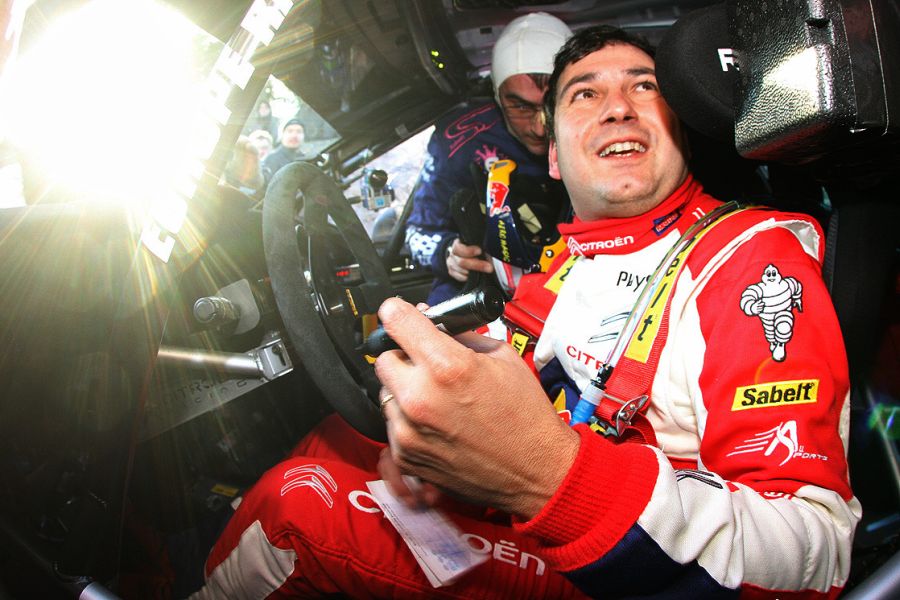 Daniel Elena at 2011 Rallye Monte-Carlo as a driver

While he was conquering the world together with Seb Loeb, Daniel Elena switched few times to driver's seat to test his driving skills, alongside his old navigator Olivier Campana. In 2008, he raced at Rallye du Var in a Citroen C2 R2, finishing 43rd overall and third in A6 class. A year later, he came to the same event in a Citroen C2 R2, finishing 54th overall and sixth in R2 class. I

In 2011, Elena came to Rallye Monte-Carlo as a driver. That year, the rally was out of WRC and it was a part of the Intercontinental Rally Challenge. He and Campana competed in a Citroen DS3 R3T, finishing 52nd overall. 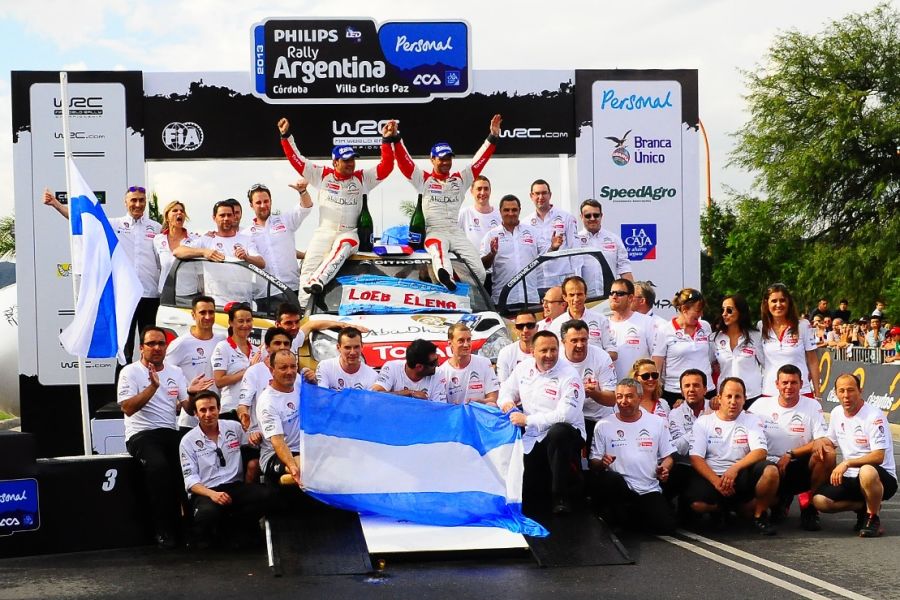 Besides those four WRC starts with Loeb in a Citroen DS3 WRC, Elena joined Citroen Racing boss Yves Matton as a co-driver at Rallye du Condroz-Huy, finishing third in a Citroen Xsara WRC. A year later, Matton and Elena came again to the same event. This time, they retired. 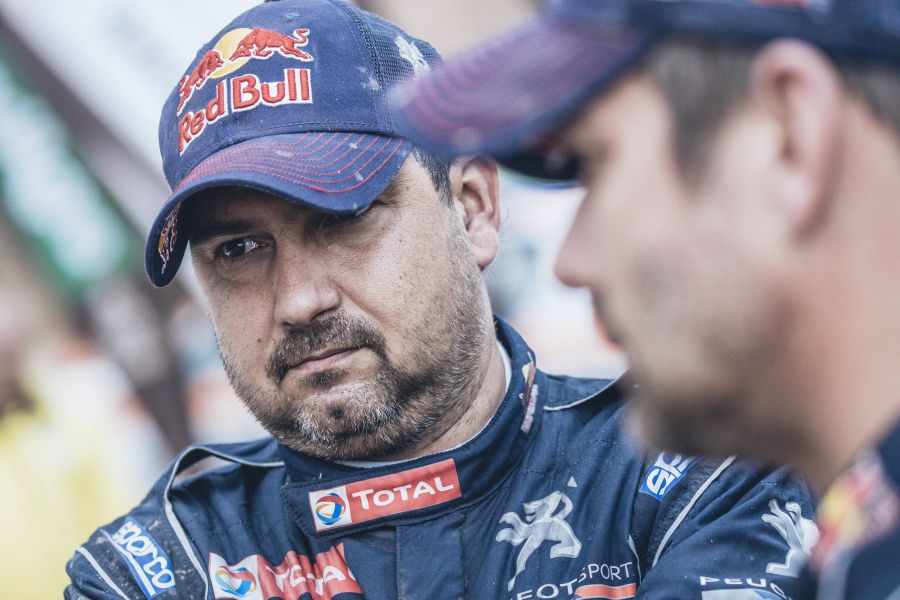 In 2015, Loeb and Elena had a one-off return to WRC, driving a Citroen DS3 WRC at Rallye Monte-Carlo and finishing in the eighth place. One more WRC return, this time in three events with Citroen C3 WRC, followed in 2018, with their participation at Rally Mexico, Tour de Corse and Rally Catalunya.

After finishing fifth in Mexico and 14th in France, Loeb/Elena scored a sensational victory at Rally Catalunya, defeating reigning champions Sebastien Ogier and Julien Ingrassia. It was the 79th WRC victory in a career for Elena and Loeb.

Between those WRC returns, Loeb and Elena participated three times at Dakar Rally as members of Peugeot factory team. In their debut at world's toughest cross-country race in 2016, they finished ninth.

Next year, they reached a podium, finishing second behind teammates Carlos Sainz/Lucas Cruz. In the third Dakar Rally attempt, in January 2018, Loeb and Elena didn't reach the finish line. At 2019 Dakar Rally, they climbed to the podium again, finishing in the third place. 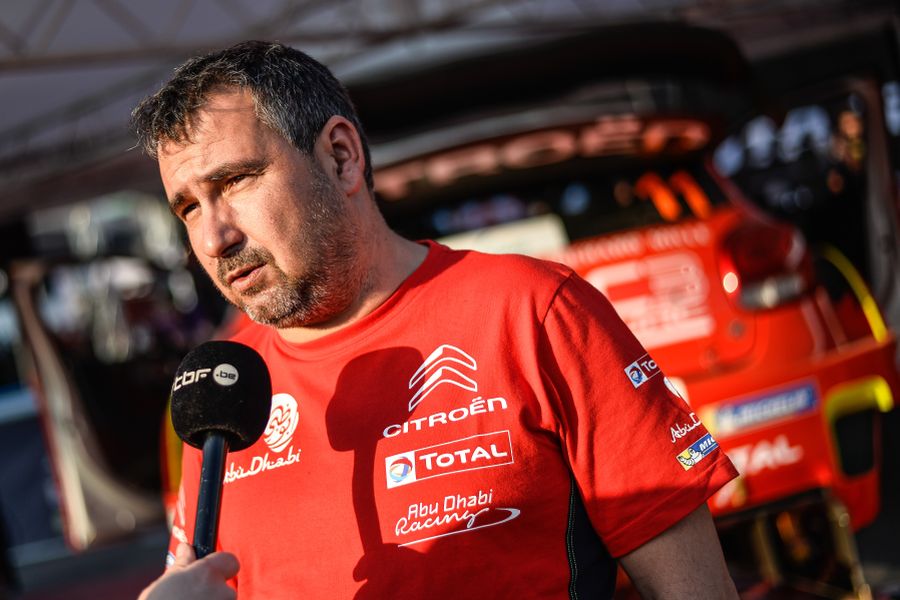 The Champion for Peace

Outside rallying, Daniel Elena is an active member of Monaco-based Peace and Sport organization, under the patronage of Prince Albert II of Monaco, which promotes peaceful relationships all over the world through sport. Elena is one of the members in the club of Champions for Peace, a group of high-level international sportsmen and sportswomen who are supporting different peace projects.