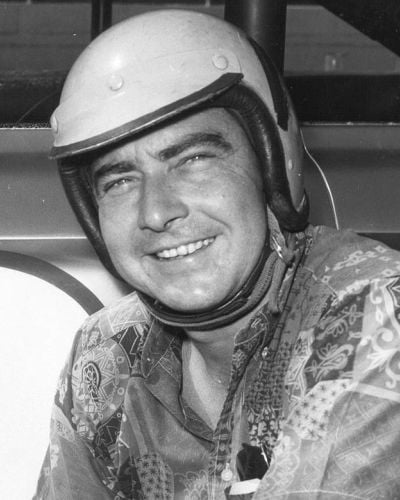 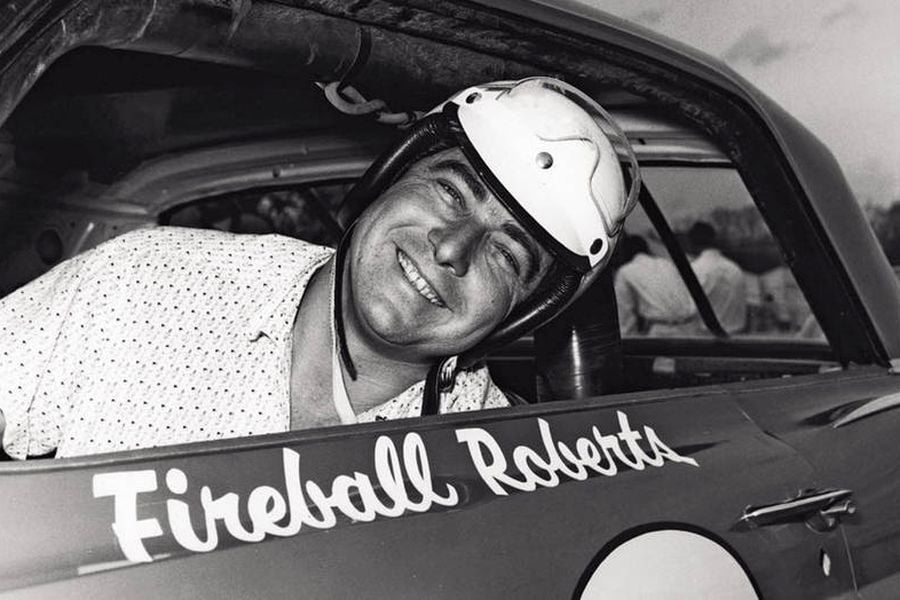 Born and raised at Florida, the young Fireball was a baseball pitcher

Edward Glenn Roberts Jr. was born in January 1929 in Tavares, Florida. He was raised in Apopka, Florida, where he started his sporting career as a baseball pitcher for the Zellwood Mud Hens. As a baseball player, he earned the nickname Fireball because of his fastball.

As the 16-year-old kid, in 1945, Fireball was enlisted with the United States Army Air Corps, but he was discharged after basic training because of his asthma.

In 1947, Fireball raced at Daytona Beach  Road Course for the first time. Next year, he clinched his first victory there, in the 150-mile race.

In the late 1940s, he competed in the local stock car and modified races and then made a debut in the NASCAR Grand National Series in 1950. In his first race, he was driving the #11 Hudson for Jim Davis, not finishing the race at Daytona Beach. 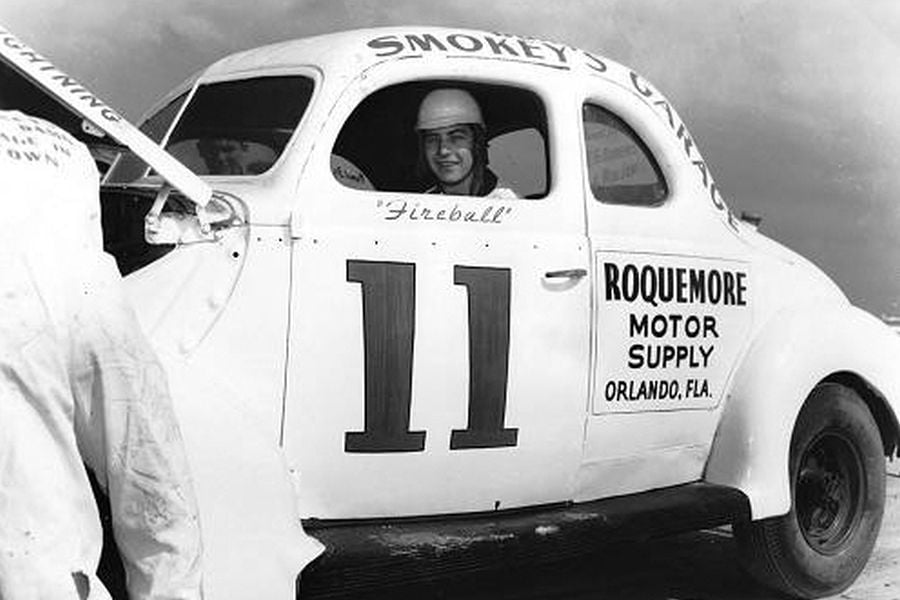 Fireball's first NASCAR victory came in the tenth round of the 1950 Grand National Series season, at Occoneechee Speedway in Hillsborough. He was driving the #71 Oldsmobile for Sam Rice. Later in the season, Fireball recorded six more starts in the same car, finishing four times in the top 10.

At the end of the season, after nine starts, Fireball Roberts was second in the Grand National standings. He lost a title to Bill Rexford, who made seventeen starts and collected a hundred points more.

In the following years, Roberts raced occasionally in the NASCAR Grand National Series, recording just 25 starts from 1951 to 1955. He was among the front-runners, scoring just six top 10 results in that period. He raced in different cars, mostly driving for car-owners Sam Rice, Ed Saverance and Leland Corvin. 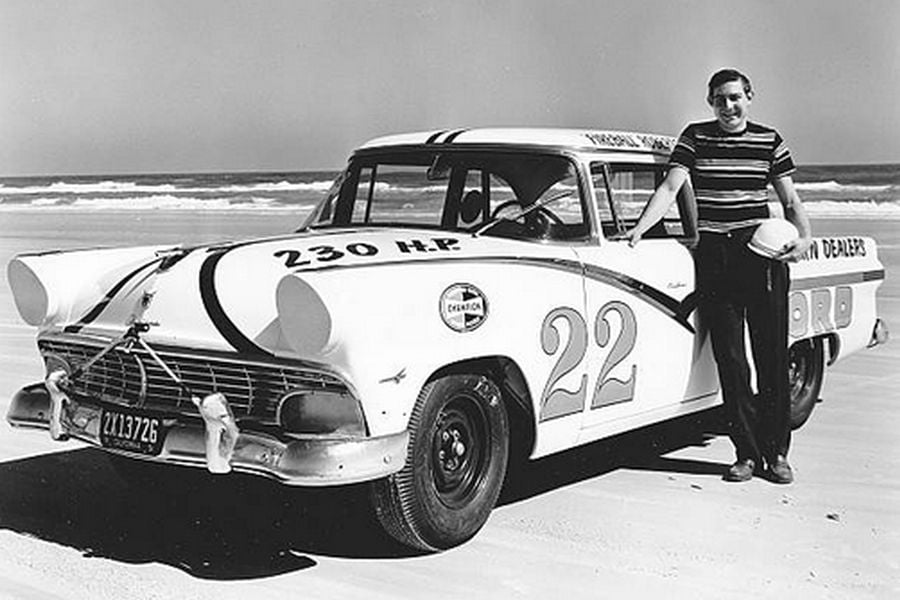 Roberts expanded his racing activities in 1956, participating in 33 race of the 56-event Grand National season. He was driving the #22 Ford for Pete DePaolo, scoring three poles and five wins during the season. He secured his first pole position in a career at Southern State Fairgrounds in Charlotte. His first win in 1956 came at Raleigh Speedway and then four more at Soldier Field Chicago, Coastal Speedway Myrtle Beach, Orange Speedway Hillsboro and Newport Speedway. At the end of the season, he was seventh in the points.

The season 1957 was the most successful for Roberts according to a number of wins. He won eight times in 42 races, finishing sixth in the points. He won five times in Pete DePaolo's #22 Ford and then three more times in his own #22 Ford. That year, Fireball was voted as the Most Popular Driver in the Grand National Series. 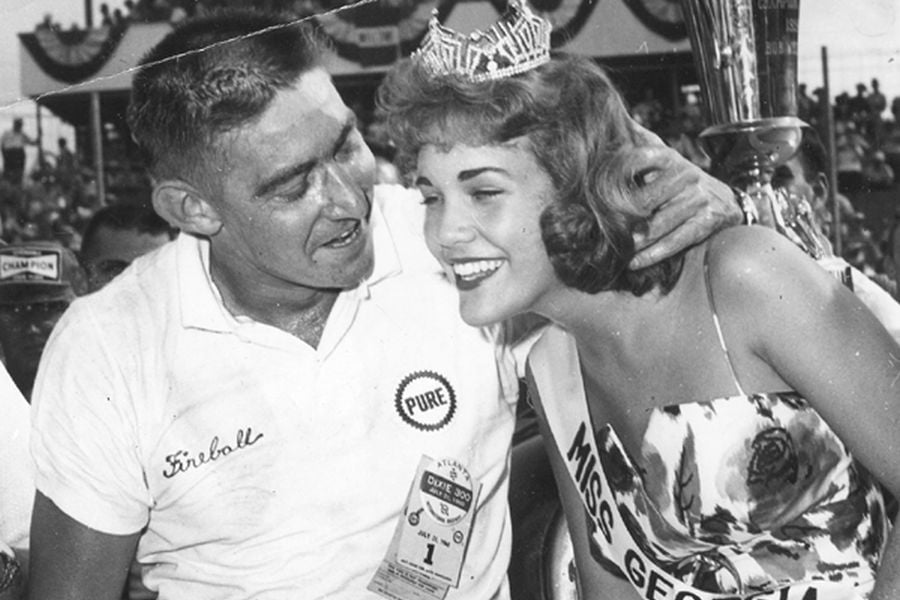 DNF in the inaugural Daytona 500

In 1960, his second attempt at Daytona 500 was even shorter as he stopped after 51 laps in the #22 Pontiac of John Hines. That year, he won two races in that car, the Daytona 500 Qualifier and Dixie 300 at Atlanta. 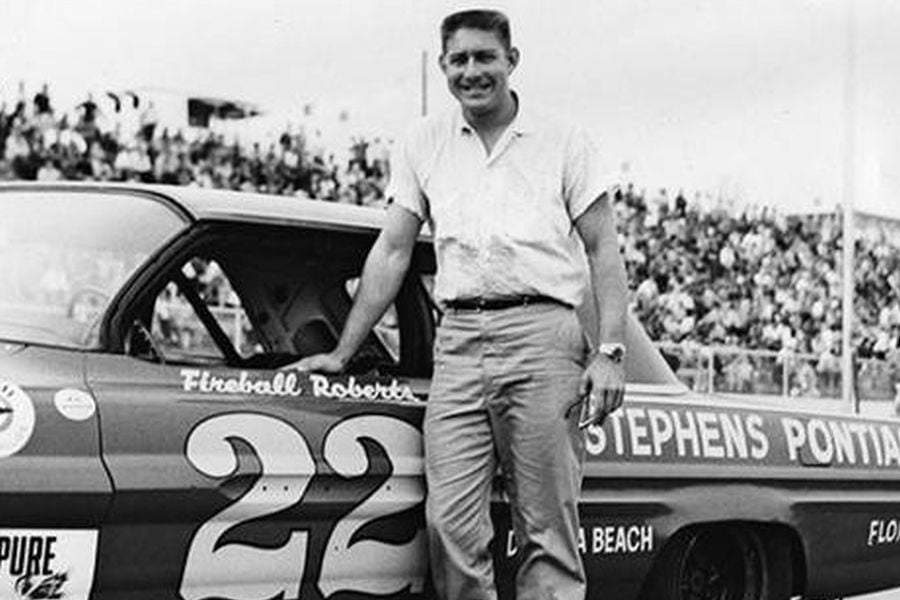 In 1961, Fireball expanded his activities to 22 races over the year, driving mostly the #22 Pontiac for legendary car-builder Smokey Yunick. He won the Daytona 500 Qualifier and started from pole in the main race, finishing 20th with 187 laps completed. Later that year, he won one race in J.D. Braswell's #75 Pontiac, finishing fifth in the final standings.

In February 1962, Fireball Roberts scored his greatest win of a career, starting from pole and winning the Daytona 500 in the #22 Stephens Pontiac, with a help of his crew chief Smokey Yunick. Five months later, Fireball triumphed at Daytona again, winning the Firecracker 250.

In 1963, Roberts was on a pole position for Daytona 500 for the third consecutive year, driving the #22 Pontiac for Banjo Matthews. In the race, he completed 182 laps and finished 21st. He won four races that year, including Firecracker 400 at Daytona and Southern 500 at Darlington, driving the #22 Holman-Moody Racing Ford, to finish fifth in the standings. 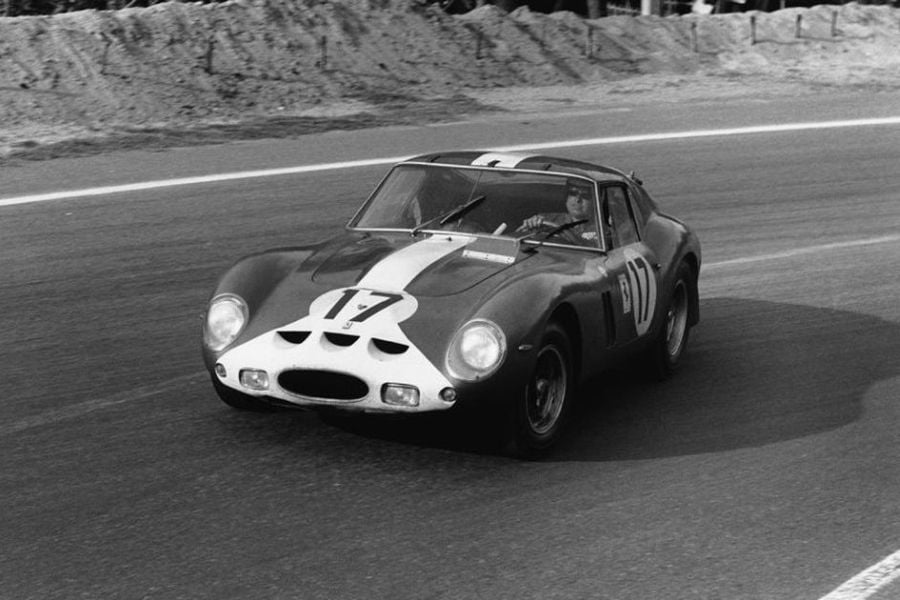 Besides leaving a great trail in stock car racing, Fireball Roberts also had a short but notable career in sports car racing. Back in 1959, he raced at 1000 km of Daytona in Holman Moody's #22 Ford Thunderbird, finishing fifth together with Ralph Moody, Dick Rathmann, Jim Rathmann and Chuck Daigh.

In February 1962, Roberts joined North American Racing Team (NART) to drive Ferrari 250  GT SWB at Daytona 3 Hours and then, in June, he made a debut at Le Mans 24 Hours in a Ferrari 250 GTO. Sharing the #17 Ferrari with Bob Grossman, he finished in the sixth place overall.

Roberts raced with NART Ferrari again at Daytona 3 Hours in February 1963 and then joined Shelby American in March to drive the #14 Shelby Cobra at Sebring 12 Hours, not finishing the race. 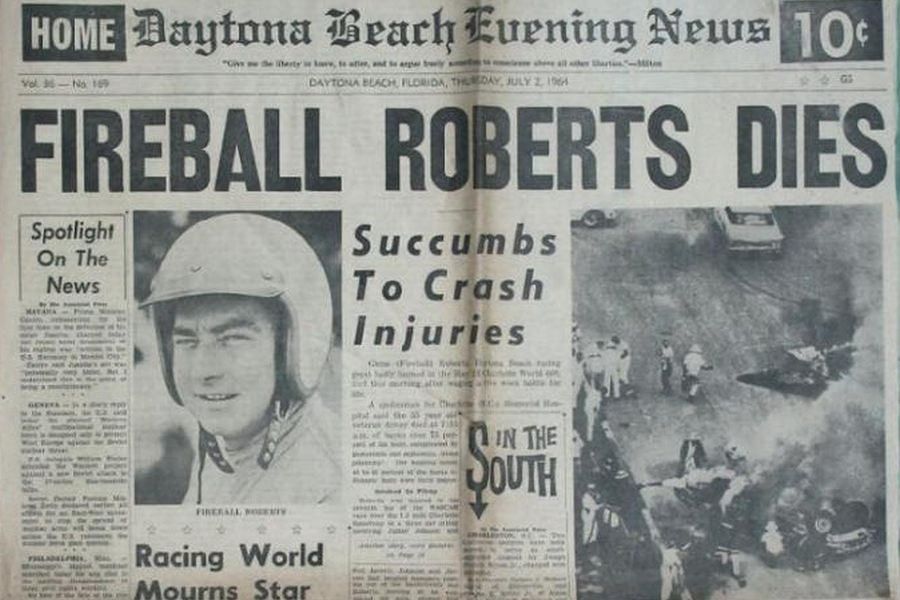 In 1964, Fireball opened the season with a victory at Augusta International Raceway in the #22 Holman-Moody Ford. At Daytona 500, he started 15th and stopped after just 13 laps due to a broken transmission.

On May 24, he started 11th at the World 600 at Charlotte and raced in the middle of the pack until lap 7. Then, he was involved in an accident with Ned Jarrett and Junior Johnson, who collided and spun in front of him. Fireball's Ford slammed backward into the wall, flipped over and burst into flames. Fireball was airlifted to a hospital in critical condition. He survived several weeks but a condition got worse and he died on July 2. 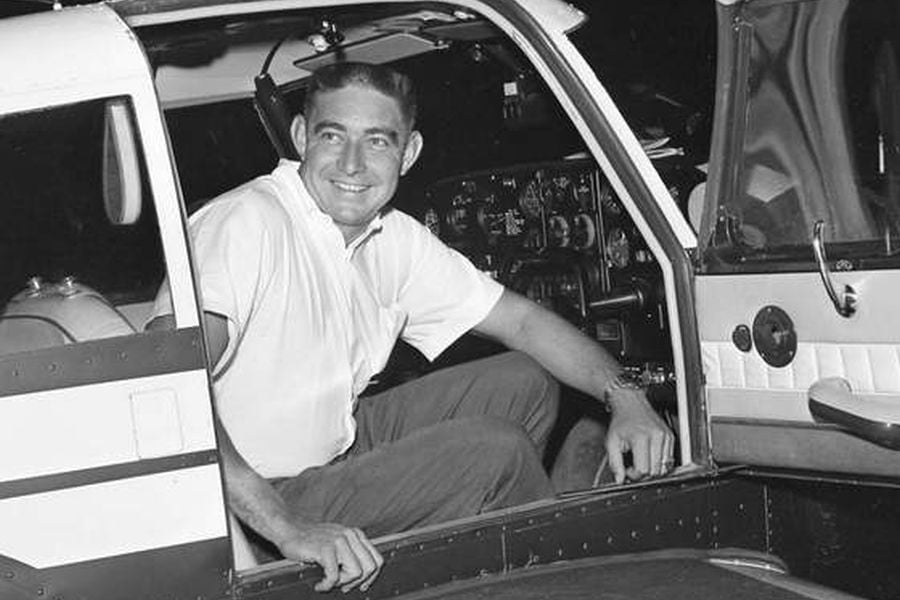 Fireball Roberts pictured in 1963 in his private plane