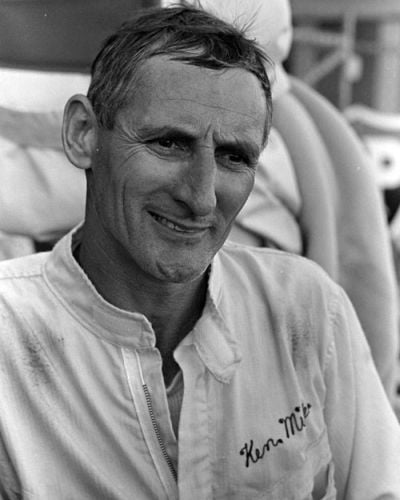 Ken Miles (1918 – 1966) was a British-born naturalized American racing driver who was active in the 1950s and 1960s, gaining a significant success in the sports car racing.

Unfortunately, 1966 was also a year of his death. He lost a life during a testing accident at Riverside International Raceway in August, while driving Ford's J-car, which later became the Ford Mk IV. 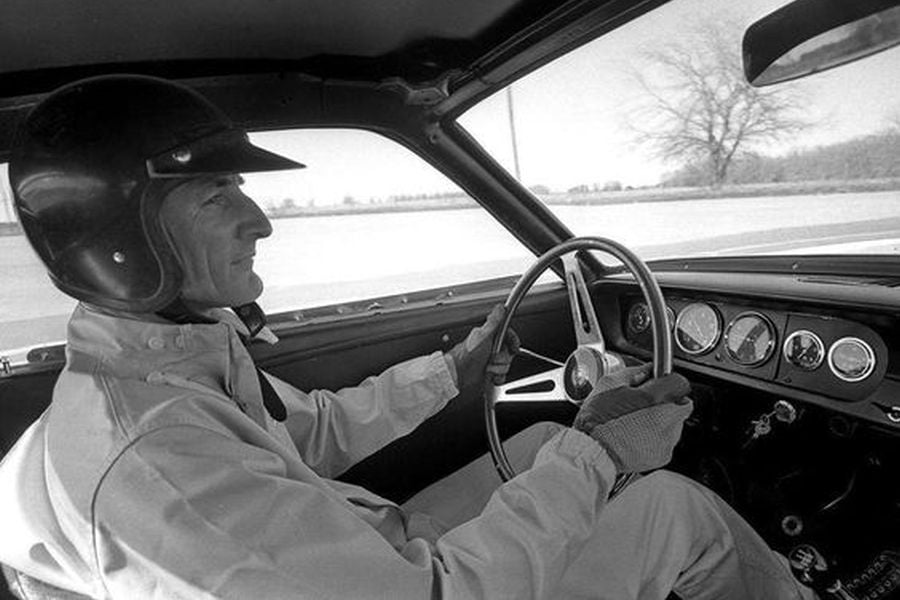 Starting a racing career with motorcycles

Kenneth Henry Miles was born on November 1, 1918, in Sutton Coldfield near Birmingham, England. He raced with motorcycles before the World War II, in which he served as a tank sergeant in the British Army. After the war, he raced with different cars in the Vintage Sports Car Club before moving to California in the early 1950s.

In the US, Miles entered the SCCA National Championship with an MG TD and then with MG Special R1, which he designed and constructed by himself. He was especially successful with that car in 1953, winning fourteen SCCA races. He continued to collect victories in 1954. 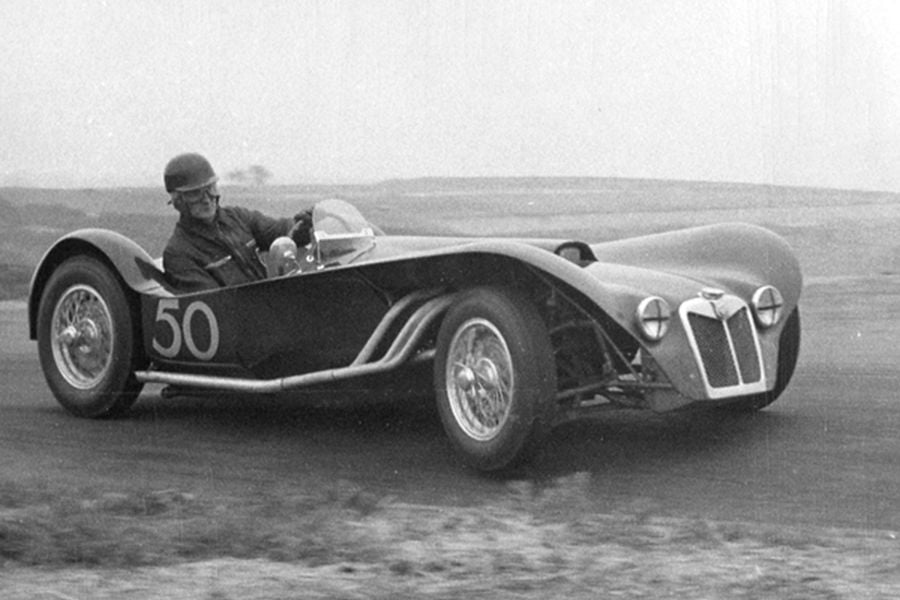 Ken Miles in an MG Special R2, known as the Flying Shingle

In 1955, Miles constructed his new race car, the MG Special R2, known as the Flying Shingle. He won few races in that car but also raced in a Ferrari 375 MM and Maserati 150S in several SCCA races.

Racing with Porsche cars since 1956

In 1956, Miles started to race in a Porsche 550 in different competitions, scoring numerous wins. At the end of 1956, he constructed Cooper Miles R3 using an engine from Porsche 550. With that car, as well with Porsche 550, Miles was dominating in the F class at SCCA races on the west coast.

In March 1957, Miles made a debut at Sebring 12 Hours, driving the #45 Porsche 550 RS together with Jean Pierre Kunstle. They finished in the ninth place. A year later, they returned to Sebring in the same car, not finishing the race. 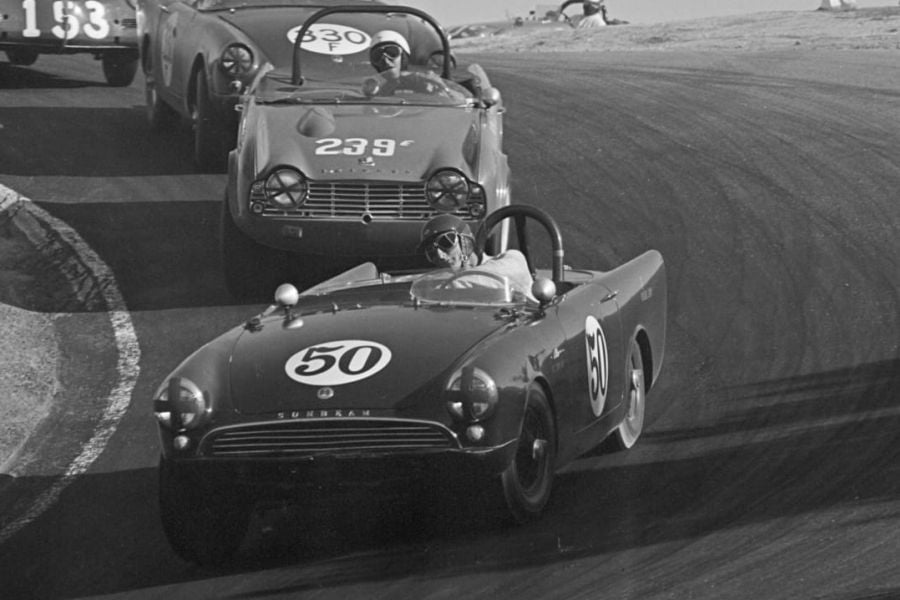 Ken Miles in action in a Sunbeam Alpine race car

In 1958, the USAC Road Racing Championship was established as an alternative to the SCCA National Sports Car Championship. Miles participated in one race, driving a Porsche 550 RS at Riverside Grand Prix and taking a class victory.

In the following years, Miles had commitments in both competitions. In March 1959, he finished 8th at Sebring 12 hours in a Porsche 718 RSK. Porsche 718 RS 61 was his car in the 1961 USAC Road Racing Championship when he finally became a champion.

Miles was driving Sunbeam Alpine in few races in 1961, continuing to use that car in 1962, including at Sebring 12 Hours. His other cars were Ferrari 250 GT SWB and old Porsche 718 RS 61. In October, he was driving a Maserati Tipo 61 in the USAC rounds at Riverside and Laguna Seca. 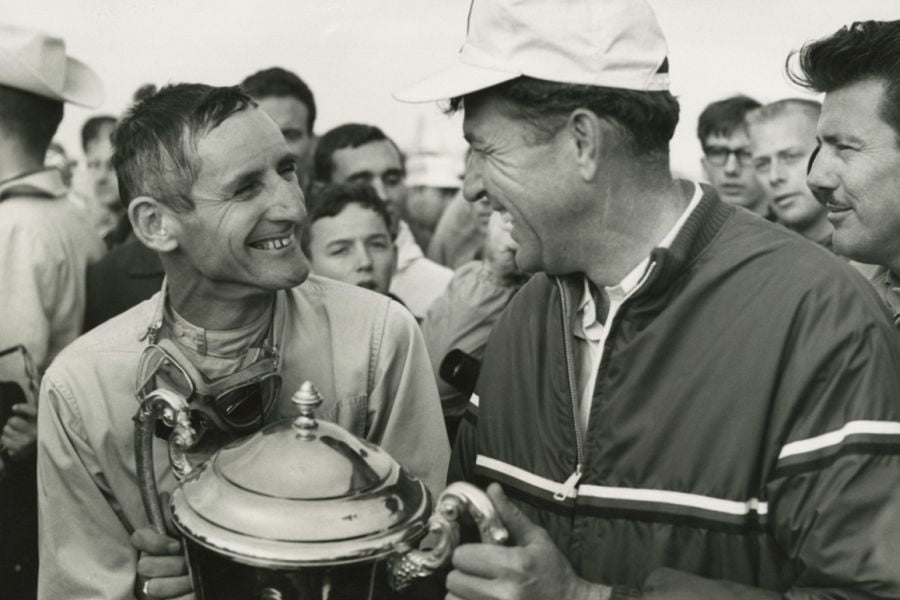 Working for Carroll Shelby since 1962

Ken's great result got an attention of Carroll Shelby, who hired Miles as a test and development driver in 1962. Miles helped Shelby to develop the Shelby Cobra, having the first race in a car in February 1963 and finishing second at Riverside. 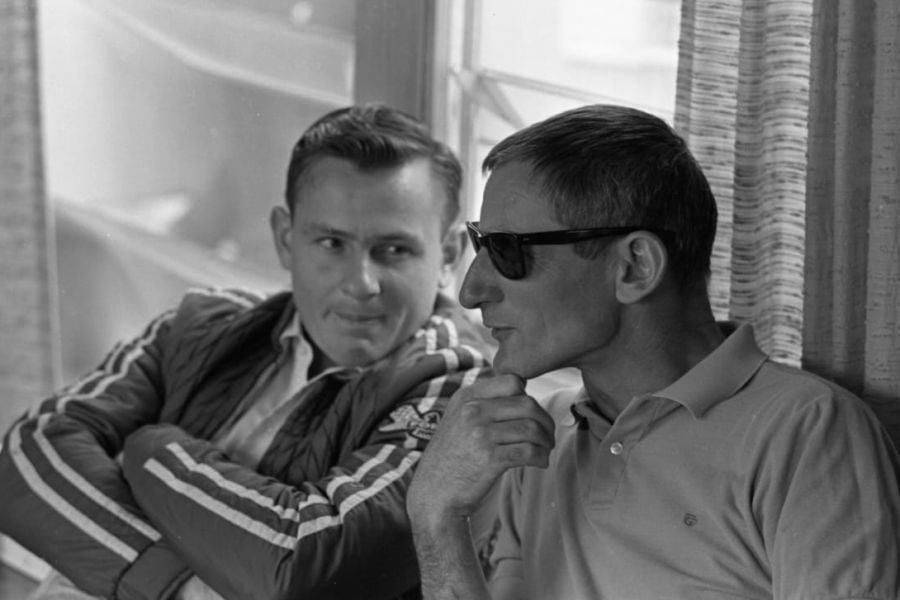 For the 1965 season, Shelby American introduced Ford GT40 and Ken Miles won his first race in that car, the Daytona 2000 Kilometres, a part of the World Sportscar Championship. He was sharing a car with Lloyd Ruby.

At Sebring 12 Hours, Ken Miles and Bruce McLaren finished second, behind Jim Hall and Hap Sharp in a Chaparral 2A. Miles and McLaren finished third in the WSC race at Monza before traveling to France to participate in 24 hours of Le Mans. Driving the #1 Ford GT400 MkII, they retired after 45 laps. 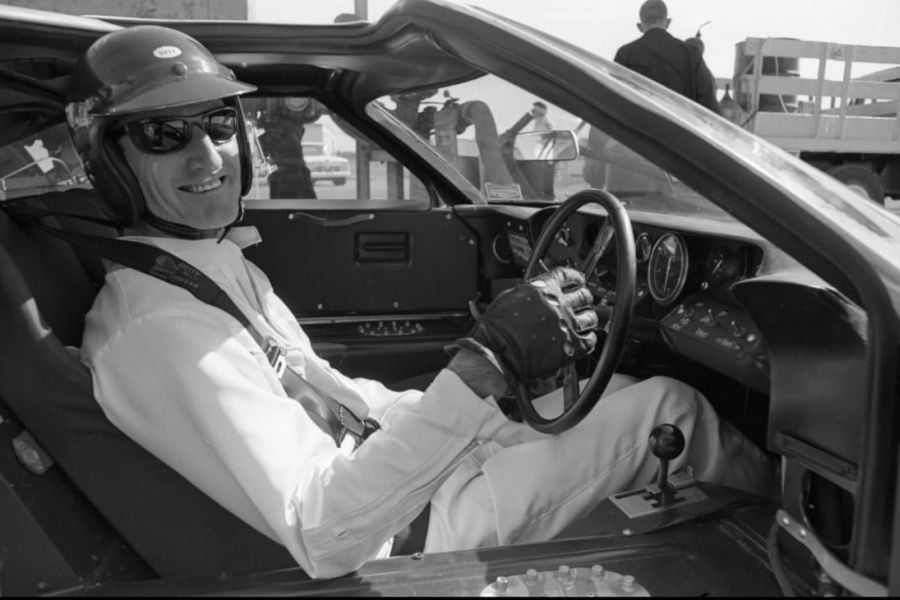 Fantastic results with Ford in 1966

The season 1966 became a highlight of Ken Miles' career as he scored overall victories in two greatest North American endurance races. In February, he and Lloyd Ruby triumphed at Daytona 24 Hours in the #98 Shelby American Ford GT40 MkII, beating Dan Gurney and Jerry Grant in the #97 car by eight laps.

In March, Miles and Ruby were the winners again, triumphing in the #1 Ford GT-X1 at Sebring 12 Hours. They crossed the finish line twelve laps ahead of Walt Hansgen and Mark Donohue in another Ford GT. 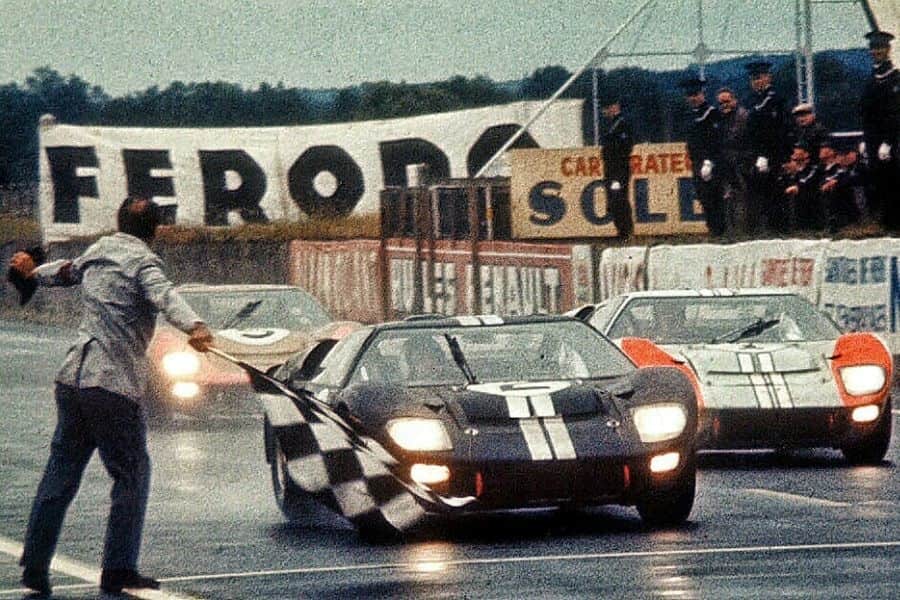 In June, Ford crews were dominating in that year's Le Mans race. Ken Miles and Denny Hulme were on their way to a victory in the #1 Ford GT40 MkII when Ford management ordered to slow down and to wait for another two Fords to make a historic picture of three Fords at the finish line. But, a victory went to Bruce McLaren and Chris Amon in the #2 car. Miles was disappointed with such an end, losing a possibility to win the Triple Crown of endurance races.

Unfortunately, it turned to be his last race.
Ken Miles died on August 17th, 1966, at the Riverside Raceway while testing a new version of the Ford GT.

Video: The Deaths of Ken Miles and Dave MacDonald