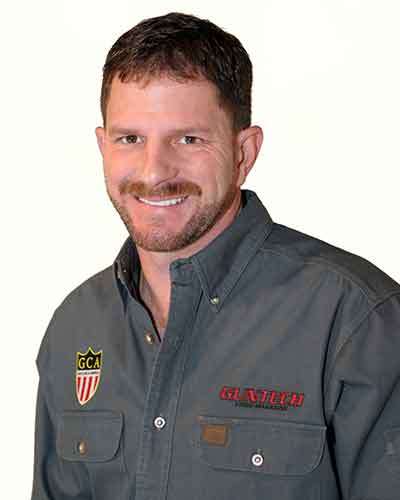 Being the son of a legendary father can sometimes be overwhelming, especially if you're trying to follow in his footsteps. Taking this burden upon his shoulders, Kerry Earnhardt went toe-to-toe with fame from early age, trying to build his own reputation within the world of motorsport.

Born into a life of racing

Kerry Dale Earnhardt, born on 8th of December, 1969 in Kannapolis, North Carolina, is the elder son of Dale Earnhardt, a professional stock car driver, who earned seven NASCAR Winston Cup championships. When he was just a one-year-old, his parents divorced and he could rarely see his father until he was 16. His half brother is Dale Earnhardt Jr, the current NASCAR Sprint Cup Series driver. Kerry’s younger son Jeffrey also competes in the Sprint Cup and he is the fourth generation of Earnhardt’s in NASCAR.

Before he stepped out into the world of the competitive racing, in the early 1900s, Earnhardt raced street stock cars at the local level. Soon after he started to race in the lower tiers of NASCAR, he was named Rookie of the Year at Hickory Motor Speedway in the NASCAR Dodge Weekly Racing Series.

Kerry Earnhardt debuted in NASCAR in 1998

He made a debut in Busch Series in 1998. Earnhardt appeared in four races but failed to impress. The following year wasn’t any better. He again raced only in selected events and finished 20th at Daytona which was his best result of the season. After rather poor results, Earnhardt left the competition and switched to ARCA Series.

Victories in the ARCA Series

In 2000, Kerry scored a win at Pocono Raceway, driving a Dale Earnhardt Inc. Dodge #2. In five other races, Earnhardt had three Top 5 finishes. The following year was even better after he won 3 out of 5 races in which he had been racing. Sadly, in 2001, Earnhardt was involved in the accident at Charlotte Motor Speedway in which Blaise Alexander was killed.

Earnhardt's career wasn't an impressive one

Small number of starts in the Cup

At the same time, Earnhardt debuted in the Nextel Cup in 2000, driving a Marcis Auto Racing’s Chevrolet at Michigan and took the 43rd position. Interestingly, in that race, he was competing against his father and half-brother.

Over the years, Kerry Earnhardt managed to start in only seven NASCAR Cup races which is a poor achievement considering his pedigree. The best result scored in those appearances was the 17th position at Talladega in 2005.

Earnhardt with the famous #3 car at Goodwood

Earnhardt raced full-time in the NASCAR Busch and Truck Series

The season of 2002 was the first full-time season for Earnhardt in the NASCAR. He was driving in Busch Series for Fitz Bradshaw Racing and had a couple of notable results. He scored three top 5 and six top 10 finishes, eventually finishing the season at the 22nd position. He continued with the same team in 2003, driving a #12 Chevrolet, but retired from the series after the race at Chicagoland. In the next couple of years, he appeared in several Busch/Nationwide races but again wasn’t successful.

Kerry’s second full-time season in NASCAR was in 2006 when he was competing in the Craftsman Truck Series. Driving ThorSport Racing’s Chevy #13 he failed to score a single Top 10 finish, so he ended a campaign at the 22nd position.

Later in 2007, Earnhardt had announced retirement from the competitive motorsport. Later, he appeared in some Nationwide Series races but he was still an active test driver for Dale Earnhardt Inc. In 2009, he drove his father’s Chevrolet Monte Carlo at the Goodwood Festival. Kerry stayed employed in DEI until 2011 and he served as an adviser, test pilot, and a team liaison.

Besides racing, Earnhardt is a passionate hunter. Over the years, Kerry, (who is one of the owners of Earnhardt Outdoors) has made numerous guest appearances on outdoor TV shows with some of the greatest hosts and outfitters in America.