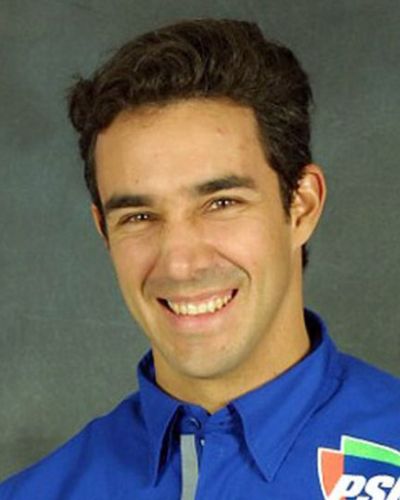 Pedro Diniz is a former racing driver from Brazil who became a successful businessman after he has retired from motorsports. The peak of his career was a period in the Formula One World Championship between 1995 and 2000. He recorded 98 F1 starts with four teams, not scoring wins or podiums.

Pedro Paulo Falleiros dos Santos Diniz was born in May 1970 in Sao Paulo, as a son of the owner of the Brazilian retail chain Grupo Pao de Acucar. Sponsored by wealthy father, Pedro started to drive karting pretty late, when he was 18. At that stage, he never considered becoming a full-time racer but after he had a couple of successful performance at the national level, Dinis started to think about new possibilities.

Diniz's career was far from perfect

In 1989, Pedro Diniz entered Brazilian Formula Ford championship in which he spent a season, but without major success. In the following year, his best achievement was a podium place at Interlagos in 1990 when he has competed in Formula 3 Sudamericana. Desperate to achieve more in the world of racing, the Brazilian moved to Europe in 1991.

Departure to Europe and two seasons in British Formula 3

His first station across the ocean was British Formula 3 championship. Driving for West Surrey Racing, Diniz finished 12th overall, just as in 1992 when he was a driver of Edenbridge Racing team. After two unsuccessful seasons in the UK, Pedro moved to Formula 3000 but again his performance was miserable after he has failed to score a single point during two years.

Considering his awful results in the past, the fact he got a chance in Formula 1 in 1995 was a huge surprise, but knowing that he had financial backing from his family, it was somewhat logical when he has signed a contract with Forti Team. His rookie year wasn’t as bad as it was expected, even after he didn’t score a point. With a help of his coach, retired F1 driver Rene Arnoux, Diniz learned a lot and introduced himself as pretty reliable driver.

He left Forti Team at the end of the season and by the team’s officials he and his sponsors were described as a waste of money. Anyway, Ligier signed Diniz for the 1996 campaign. Motivated to deny words of his previous team, Pedro started a season relatively well. He even scored a point in Spain and later in Italy, but the fact that he failed to finish 10 out of 16 races was enough for the French team to decline further cooperation with Brazilian driver.

Surprisingly or not, Diniz in 1997 got a chance to drive alongside reigning World champion Damon Hill in 1997. The Brazilian signed a contract with Arrows thanks to a lucrative sponsorship.  And again, the results were disastrous. Diniz finished only 6 out of 17 races, with 5th place at Luxembourg Grand Prix as a highlight.

The following year was nothing better. Arrows’ second fiddle, in 1998 partnered with Mika Salo, again failed to finish 11 races but managed to take 5th place in Belgium. Diniz finished 14th overall what was an improvement over the previous year when he was 16th. At the end of the season, Pedro decided to leave Arrows but the team insisted that clause in the contract allows extending collaboration. Diniz became embroiled in a contract dispute which went to Formula One's Contract Recognition Board, who ruled in favour of Diniz in February of 1999.

Last two years in Formula 1 Pedro Diniz spent with Sauber team. In 1999, driving alongside experienced Jean Alesi but nothing has changed in the terms of results. Pedro managed to surpass his own negative record of a number of retirements in one year, failing to finish 12 out of 16 races, but for the first (and last) time, he scored points in three Grand Prix races – in Canada, Great Britain and Austria.

Finally, after another horrible season, Diniz left the Formula 1 world. In 2000, he finished most of the races but without a single point on his account. None of the teams offered him a ride for 2001 so the retirement was the only option. After the 2000 season, Diniz brought a share in the Prost team which folded a year later after falling out with Alain Prost.

Diniz runs his own business

Later, he was one of the partners in his father’s company and operates a dairy farm and organic fruit production at 2.300 hectares. Pedro Diniz is married to Tatiana and couple has two children.