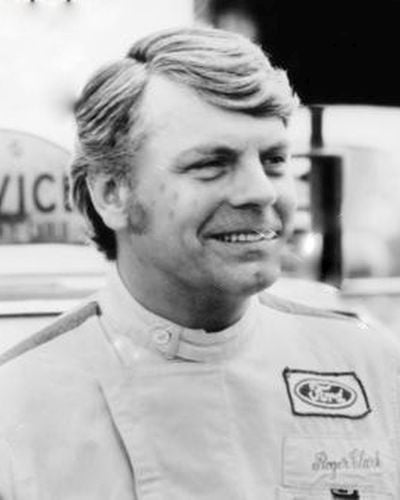 The British rally legend Roger Clark (1939-1998) was the first Englishman ever to win the World Rally Championship event. He did that in 1976 by winning the RAC Rally in a Ford Escort RS 1800 MkII. 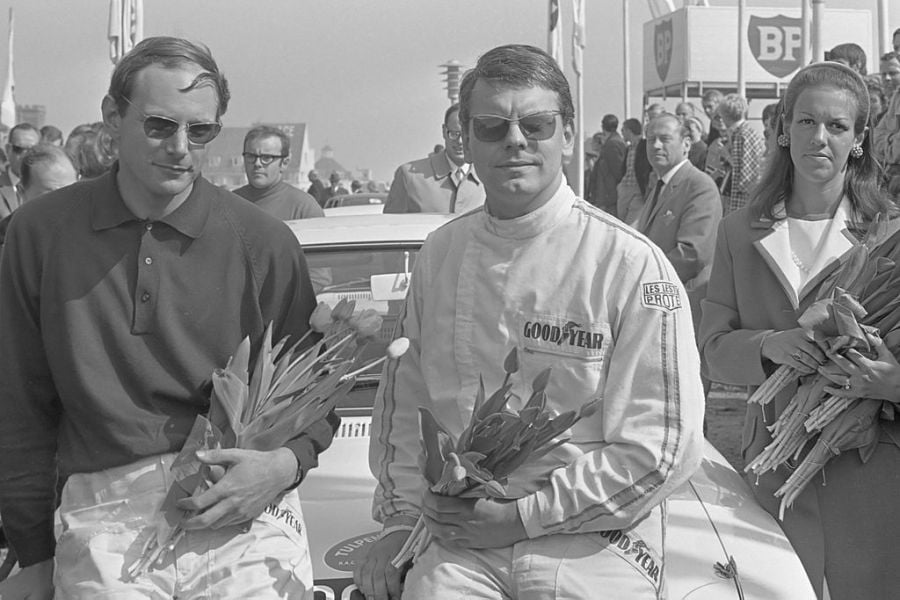 Roger Clark and Jim Porter spent a career together

Roger Albert Clark was born on August 5, 1939, in Narborough, Leicestershire. After a graduation at Hinckley Grammar School, Roger joined his father (also named Roger) as an apprentice in his motor dealership, together with younger brother Stan Clark, who also became a rally driver.

In 1956, Clark passed his driving test and he immediately joined the Leicester Car Club. There he met Jim Porter, who later spent an entire career as Roger's co-driver. In the same year, Clark made his rallying debut in Ford Prefect. He was using license plate 2 ANR, which he retained throughout his career and often used for private entries. 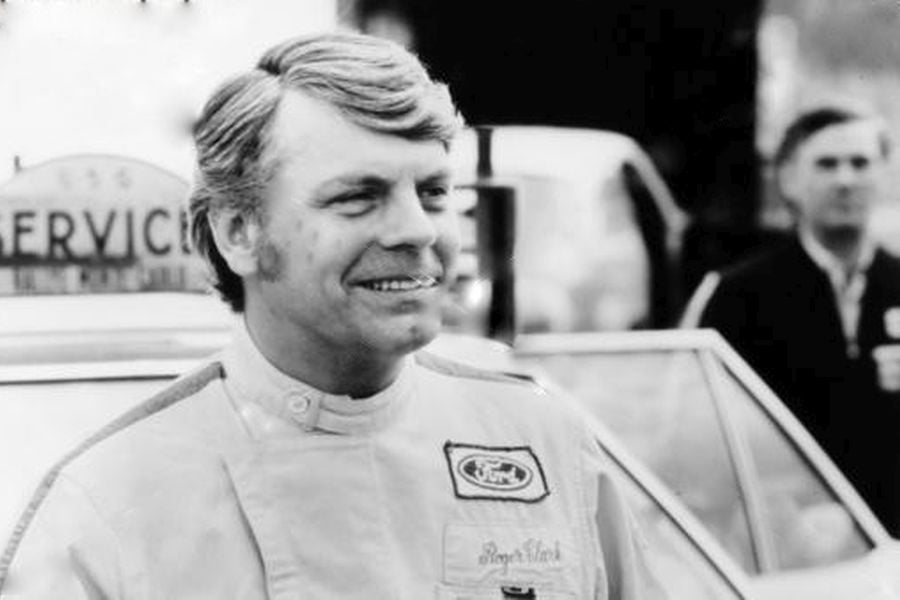 The first success for Clark and Porter came in 1961 when they switched to a BMC Mini Cooper. In this car, they won the East Midlands Rally Championship in 1961 and 1962 but also recorded some notable results in the international events in the following years.

Successful performances led to a series of works drives. In 1963, he drove a Triumph TR4 at Spa-Sofia-Liege Rally and a Reliant Sabre in the Alpine Rally. In 1964, he became a factory driver for the Rover Company.

In 1965, Clark debuted at Rallye Monte-Carlo in a Rover 2000, finishing sixth overall and taking a class victory. Privately, he was driving Ford Cortina GT and with that car, he won his first British Rally Championship title.

In 1966, with a championship trophy in his pocket, Clark signed to drive for Ford of Britain. In that time, the main international competition was the European Rally Championship, in which Clark scored two podiums (Acropolis Rally and Coupe des Alpes) in a Ford Cortina Lotus. 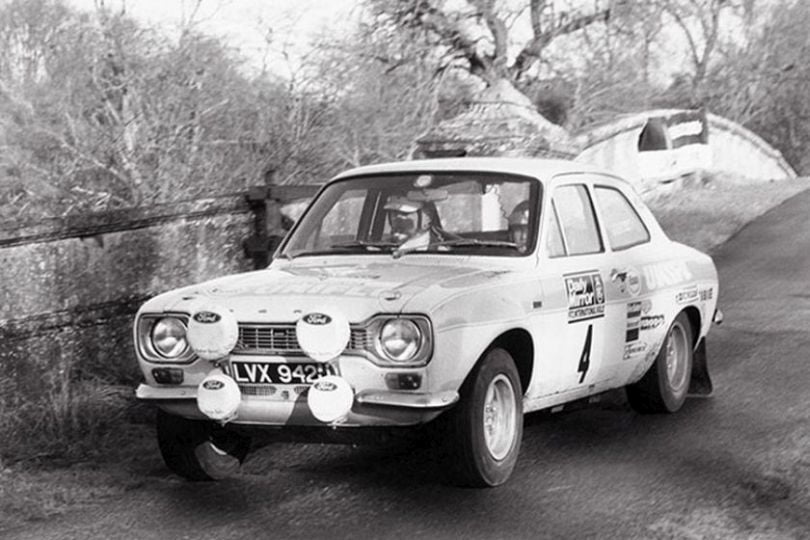 In 1972, Clark clinched his second BRC title, still driving a Ford Escort RS 1600 MkI. In December 1972, he won for the first time at the RAC Rally, which was a part of the International Championship for Manufacturers. As Jim Porter was working for the rally organizers, Clark's navigator in that victory was Tony Mason.

In 1973, Clark defended the BRC title. In the same year, the World Rally Championship was inaugurated and Clark participated in two WRC events, scoring his first podium with second place at 1973 RAC Rally. He was beaten by Timo Mäkinen in another Ford Escort RS 1600. 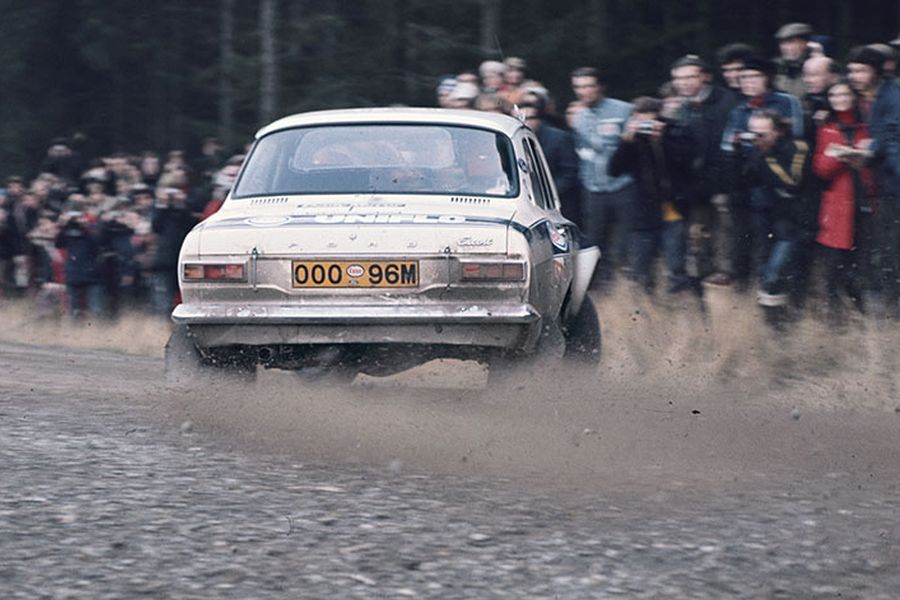 In 1975, Roger Clark became the British Rally Champion for the fourth time. This time, his championship-winning car was the Ford Escort RS 1800 MkII. He reached another WRC podium by finishing second at 1975 RAC Rally, again with Tony Mason as a co-driver. Timo Mäkinen was the winner again.

In 1976, the most notable result of Clark's career came, as he finally won the RAC Rally as a part of the World Championship. His navigator in the #6 Ford Escort RS 1800 was Stuart Pegg. Clark was better than Saab's Stig Blomqvist and Ford's Bjorn Waldegard. 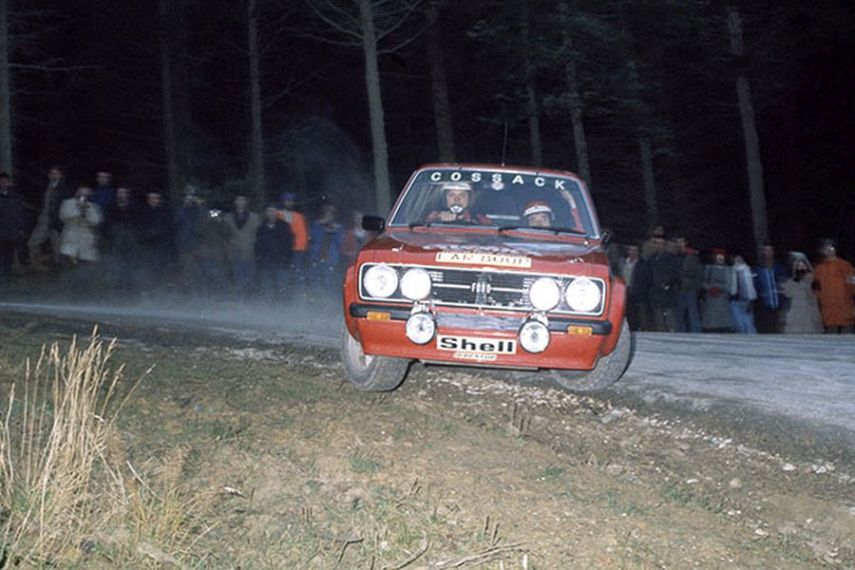 Rallying with Ford until 1981

In the 1977 WRC season, Clark added two more podiums to his account. He was second at Acropolis Rally and third at the Canadian Criterium Molson du Quebec. At RAC Rally, he finished fourth. In 1978, he focused on the European Rally Championship, finishing fourth in the points with Ford Escort RS 1800. He was rallying with Fords until 1981, recording 1981 RAC Rally as his last event in a professional career.

In 1980, he spent a year driving a Triumph TR7 V8 for British Leyland Cars but without notable results.

A season with MG Metro 6R4

In the Group B era, Clark participated at 1984 Lombard RAC Rally with Rothmans Porsche 911 SC RS, finishing in the eleventh place.

When the Group B was dismissed, Clark was using an MG Metro 6R4 for one season in the UK National Championship, alongside co-driver John Robinson. They finished fifth in the points.

Clark never retired completely and he was participating in different rally events even in the 1990s. In 1993, he finished fourth at London – Sydney Marathon with Ford Escort MkI. Two years later, he fielded that car in the London – Mexico Rally but retired.

In 1995, Clark recorded several events with Subaru Impreza. The last one was the 1995 Network Q RAC Rally, which was a part of the World Rally Championship. Clark finished 36th overall and 18th in the N4 class.

Roger Clark and his sons

Involved in motorsport until the last days

Besides competing until the last days of his life (he died of a stroke on January 12, 1998), Roger Clark stayed involved in motorsport through the British Racing Drivers Club and as an owner of the Roger Clark Motorsport company which was preparing rally cars.

He published an autobiography, co-authored by Graham Robson, entitled „Sideways to Victory“. The title of this book speaks the most about Clark's driving style which gave him thousands of fans all over the world.