The Finnish rally driver Tapio Laukkanen didn't reach the heights as some other world-known compatriots but he is still considered as one of the most skilled and most respected rally drivers worldwide.

In the World Rally Championship, he recorded 22 starts between 1994 and 2003, driving mostly as a privateer but also for Ford factory team.

Besides his driving, Laukkanen is known as rallying instructor, personal driving teacher or team manager, leading many drivers to improve their competitive performance. Some of his clients were Thierry Neuville, Kimi Raikkonen, Lorenzo Bertelli, Max Vatanen, Bryan Bouffier, Kajetan Kajetanowicz and so on. 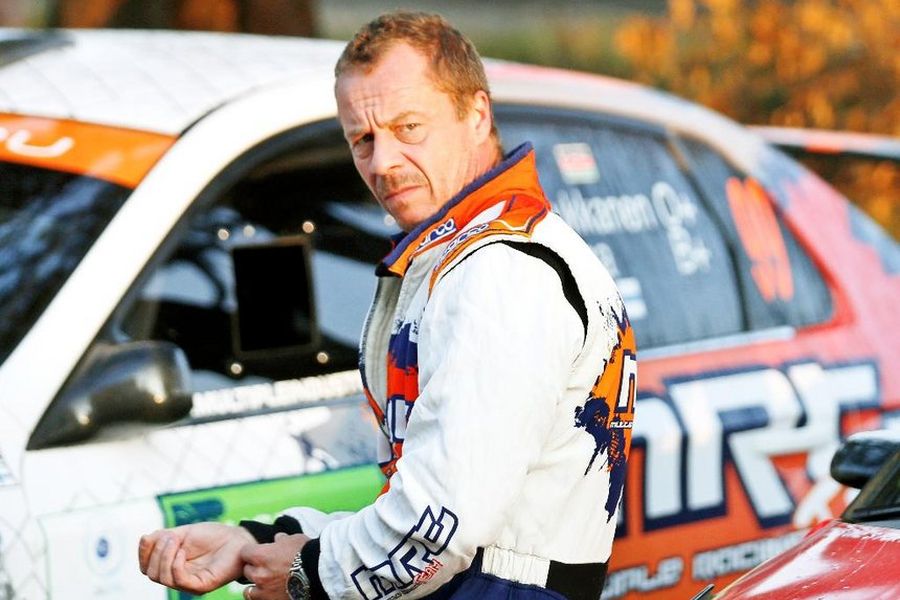 Born in September 1969, in Lahti, Finland, Laukkanen started his rally career in 1991. His first rally cars were Ford Escort MkI and Escort MkII. In 1993, he switched to Mitsubishi Galant VR-4 and took his first championship title, becoming the Finnish junior rally champion.

In 1994, he continued to drive Mitsubishi in national events but also in the European Rally Championship at British soil. In August 2004, he debuted in the WRC event. That was the Neste 1000 Lakes Rally, in which he retired during the second leg.

In 1995, Laukkanen switched to Volkswagen Golf GTI Group A car. He returned to WRC competition at the Network Q Rally of GB, finishing 12th overall and fourth in the class A7. In 1996, he continued to drive VW Golf in Finnish and British events, including Finnish WRC round. He retired with a broken engine.

Laukkanen and his navigator Risto Mannisenmäki were successful in the Finnish national championship, winning the title in the Group A class under 2000cc. The overall champion was Marcus Gronholm in a Toyota Celica Turbo 4WD.

In 1997, driving a Volkswagen Golf GTI III Kit Car for Blue Rose Team, Laukkanen finished third in class in the Swedish WRC round. His second WRC attempt that year was at Rally Finland, where he was second in the Class A7 and 11th overall.

Laukkanen was very active that year, competing in Finland and UK, but also in one German event.He finished sixth in the British championship. 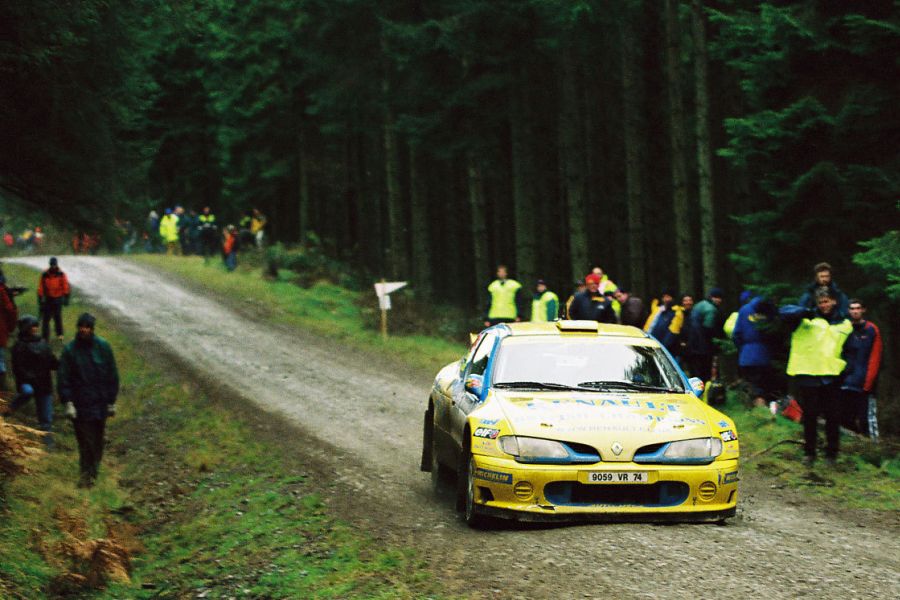 To win the British rally title was his next goal. The first step was to switch to a new car, a Renault Megane Maxi in 1998. Driving the yellow #6 Renault for Renault Dealer Rallying UK team, he finished fourth in the championship. With that car, he participated in four WRC events (Tour de Corse, Finland, Sanremo, GB), taking a class win in British event.

And then, in 1999, he finally reached the top of British rallying, winning the championship title alongside navigator Kaj Lindström in the #4 Renault Megane Maxi. That year, Laukkanen expanded his WRC activities to six events (Portugal, Tour de Corse, Finland, Sanremo, Australia, GB), with a class victory in Finland as his best result. 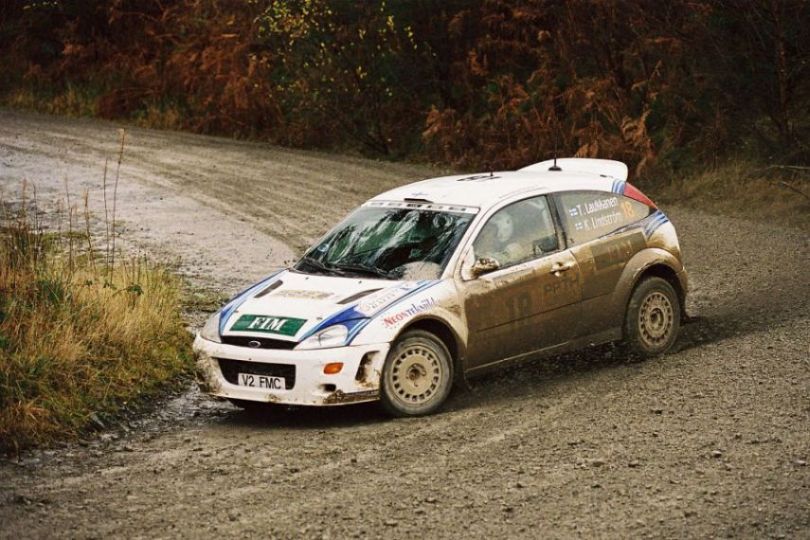 In 2000, Laukkanen joined Volkswagen Motorsport UK to drive a Volkswagen Golf IV Kit Car in the British championship. He finished fourth in the points.

In August 2000, at Rally Finland, he had the first opportunity to drive a World Rally Car. Ford factory team hired him to drive the #19 Ford Focus RS WRC at his home event but he retired during the second day. In November, he and Kaj Lindström finished fifth at Rally Australia. His last event with Ford Focus RS WRC was the Rally of GB, where he retired after an accident on the last day.

In 2001, Laukkanen three WRC starts with his own cars. He was driving Toyota Corolla WRC in Sweden (DNF) and Portugal (9th), switching to Volkswagen Golf GTI at Rally Finland, where he was the A7 class winner. In 2002, Laukkanen switched to Subaru Impreza WRX STI, skipping the WRC events.

His last WRC participation came in November 2003, at Wales Rally GB. He was driving the #38 Subaru Impreza S7 WRC 01, not finishing the race due to a broken gearbox. In the same year, he finished third in the British championship, using the Impreza S7 WRC and the older version Impreza S5 WRC.

One of the world's best rally teachers

From 2004 onwards, Laukkanen slowed down his racing activities to focus more on other duties, becoming one of the world's best teachers for rally driving. Among others, he worked for Tommi Makinen Racing, Škoda Castrol BP Rally Team or Lotos Subaru Rally Team Poland. 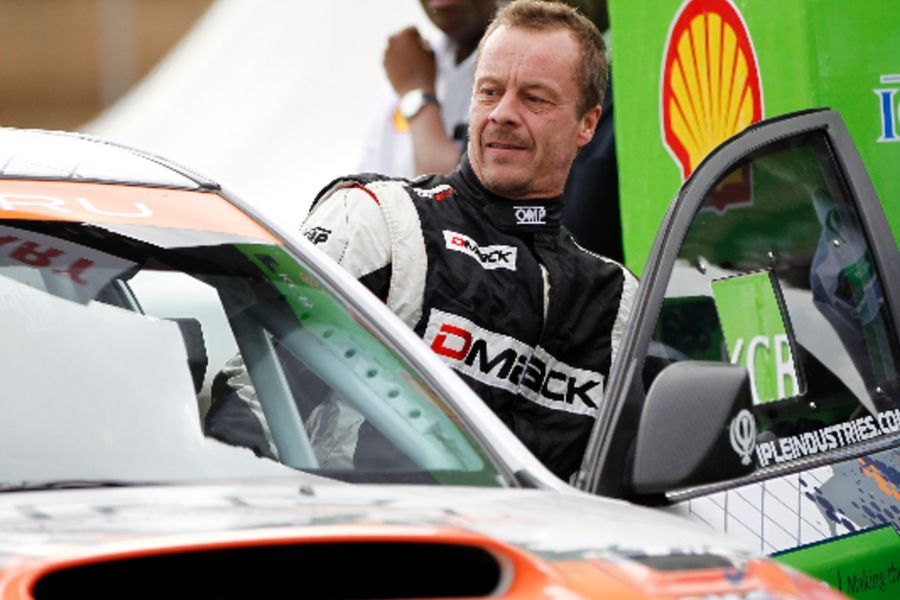 In recent years, Laukkanen is competing in Kenya

Championship title as the highlight of the Kenyan adventure

In 2012, Laukkanen worked for the first time with Multiple Racing Team in Kenya, serving as a manager and giving service support through his team. In 2015, Laukkanen reactivated himself as a driver, participating full season in the Kenyan championship. Driving the #99 Subaru Impreza WRX STI for Multiple Racing Team, he finished third in points, sharing a car with navigator Pasi Törmä.

In 2016, Laukkanen jumped two steps higher in the #2 Subaru Impreza, winning four events and taking the Kenyan championship title. In 2017, he was again one of the title contenders in Kenya.