Tim Coronel is a racing driver from Netherlands who was competing in various motorsport categories. He's most known by his parcitipations at Dakar Rally.

He raced thirteen times at Dakar Rally between 2007 and 2020, scoring 28th place as the best result in 2020, together with his twin-brother Tom Coronel as his navigator.

Beginning of the career

Tim Alfa Coronel was born on April 5, 1972, in Naarden, a small town in the province of North Holland. His career began relatively late. He broke the headlines for the first time in 1994 when he became the Dutch Citroen AX Cup champion.

The following year, Tim switched to the single-seaters, competing in the Formula Opel European Championship. In the first season he was 7th in the final standings but in 1996 Coronel did better and finished 5th overall after having one win and three podium finishes. The season of 1997 was his last in the formula racing. Coronel drove for Tokmakidis Motorsport in the German Formula 3 Championship and finished 17th in the points.

Following the footsteps of his brother, Tim switched to touring cars in 1998. He spent five years competing with a considerable success in the Dutch Touring Cars Championship, driving Mitsubishi Carisma GDi, Lexus IS 200, and Renault Clio RS.

Tom’s best year in the DTCC was definitely 2000 when he finished 3rd in the Drivers’ championship. During those five seasons in the series, Coronel won three races and had a total of 10 podium finishes. At the same time, Tim had a guest appearance in the Dutch Winter Endurance Series.

After he left DTCC, Tim Coronel in 2003 entered Alfa 147 GTA Challenge and won both Dutch and European championship titles in the first attempt, while in 2004 he finished 4th in the national championship. During two campaigns, he also raced part-time in the German Touring Car Challenge, DMSB Produktionswagen Meisterschaft, and Dutch Winter Endurance Series.

The Dutch Porsche GT3 championship was the next stop in Tim’s career. In his first and only season in the series, he became the champion scoring two wins and 10 podiums out of 14 races.

Three years behind the wheel of BMW

From 2006 to 2008 Coronel’s main duty was racing in the BMW 130i Cup. During that time, Tim was one of the best drivers in the series. In his first year, Tim finished 3rd, in 2007 he was a runner-up driving for McGregor-Flexx Racing Team and the same achievement Coronel repeated in 2008. He scored six wins and 20 podiums out of 40 races.

For the season of 2009, Dutch driver moved to Seat Leon Eurocup in which he took the 4th place with one victory and five podiums out of 12 races. He also appeared as a guest in one round of the World Touring Cars Championship, as well as in the Seat Leon Supercup.

In 2007, Tim made a debut at Dakar Rally, sharing a car with his girlfriend Gaby Ulje. Two years later, in the first Dakar Rally at South American continent, his co-driver was brother Tom. The off-road racing became Tim’s passion and priority, but over the years he still appeared as a guest in the selected events of the WTCC, Seat Leon Eurocup, Megan Trophy, Dutch GT Championship, and GT4 European Series.

35th place as the best result at Dakar Rally

For the 2018 Dakar Rally, Coronel brothers were together again in the same car. They finished 35th in the #347 Jefferies buggy, what was Tim's career-best result at the world's toughest cross-country race. They raced together again in a the same car in January 2019, finishing in the 43rd place. 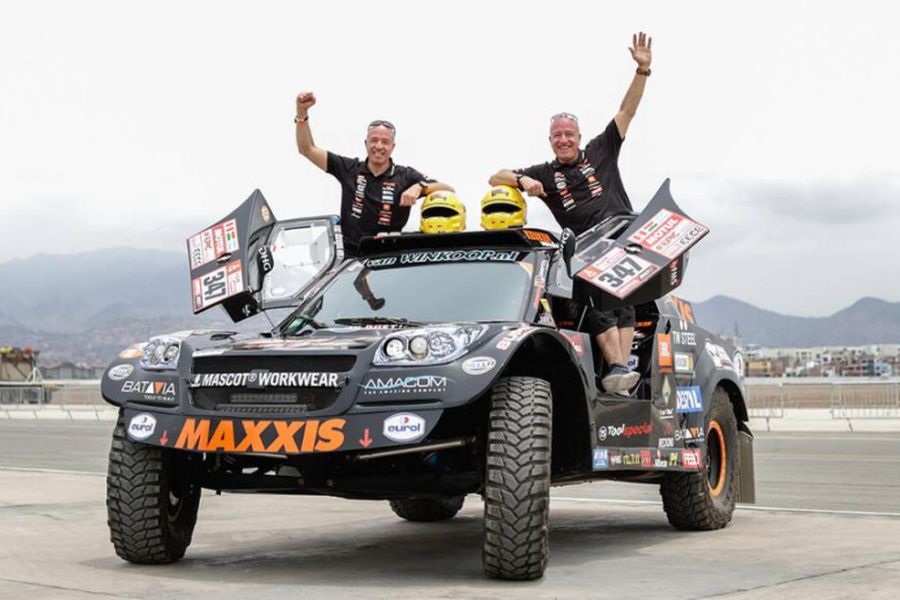 Coronel brothers ahead of 2018 Dakar Rally

Video - Onboard with Tim Coronel, 2016 Dakar