The idea of vehicles being fueled by sustainable, practically limitless, and “pure” energy that wouldn’t emit pollution into the atmosphere has been present in the minds of both the engineers and drivers alike more than ever within the past decade. Not only does it preserve the environment, but it’s ultimately cheaper and less demanding on maintenance. However, when the thought is coupled with the world of motorsport, most petrolheads would dismiss the idea on the account of its inferior competitiveness on track when put next to traditional vehicles that are symbols of speed and power. How can a pure energy-driven car even come to compare to the sheer force of an engine powered by petrol?

The truth is, most of you would be both right and wrong. Yes, the compearison between an electric car and a petrol-fueled car of the same “category” will often tip the scales against the force of electricity. But, with innovations and investments in the field, you’d be surprised just how thin this line has come to be. Introducing the modified Tesla Model S P100D as the official V2.0 contender of the Electric GT Championship, the car will have you reevaluate your positioning of the all-electric cars in the “food chain” of motorsport.

Video : Comparing the internal combustion engine and the electric motor

There’s hardly a better way to promote the values of electrically-driven cars than through motorsport, and the first ever zero-emissions super car GT championship titled Electric GT World Series does just that. Having been announced in March of 2016, this new racing category is currently designed to sport an absolute display of skill by placing drivers in identical cars of the same model, with 20 international male and female drivers competing for 10 professional teams.

Promoting more than just an entertaining display, the championship is bound to place an emphasis on the electric cars and their viability in the world of motorsport. Having already tested their primary model choices on many of the famous circuits like the Catalunya F1 Circuit and the Jarama Circuit in Madrid, the numbers and reviews are giving out a feeling of revolution in the said field. Agustín Payá, the Technical Director for Electric GT Holdings and the owner and promoter of the championship states that their representative car for the initial season provides better lap times than many existing, successful combustion GT cars, and that alone should be enough to spark interest in anyone immersed in the sport. Tesla Model S was chosen as the car that will represent the first World Series season of 2017, and EGT has bounced between two powerful choices for its base at the end of 2016. 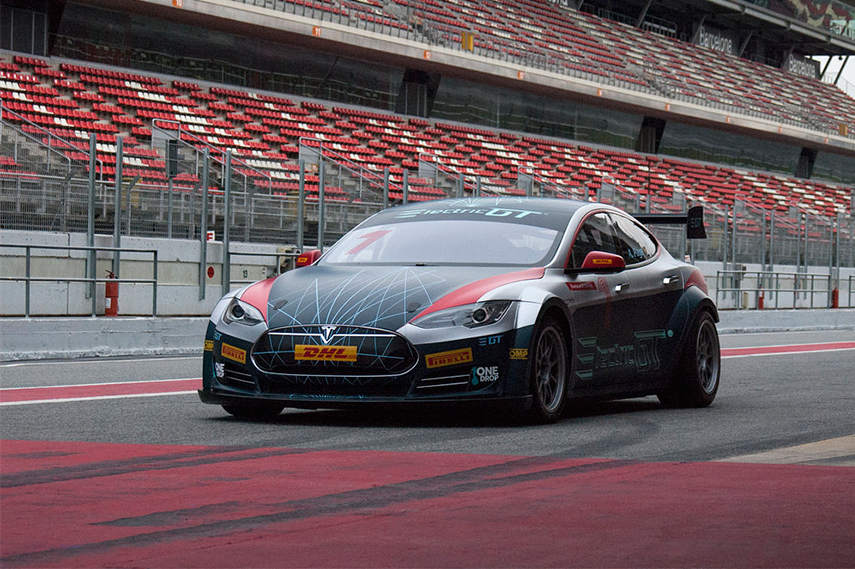 Tesla Motors has been praised for their efforts in furthering the innovation of electric cars industry, and for a good reason – they have created attractive, intelligent, high performance cars that are available to the global market and, most importantly, produce zero emission! But, make no mistake: there’s a wolf hiding behind the cover of a lamb, as even the production version of the Tesla Model S P85+ has been praised by Payá to be competitive enough to see the race track, and with modifications made to it by the EGT team, its presence in the motorsport community is anything but neglectable.

With minor modifications to the car, including strengthening the suspension, braking, cooling, and steering, as well as the reduction in the overall weight, the P85+ performed extremely well, with handling being one of its most remarkable qualities. Circuit Paul Ricard has had the chance to host the race-ready Model S with Heinz-Harald Frentzen in the cockpit, who’s had nothing but words of praise during his test drive in October of 2016. Karun Chandhok had the same opportunity at Circuit Calafat, with his impression of the car falling into the same category. However, it’s not the tip of the spear when it comes to Tesla Model’s appearance in the upcoming season, as the more powerful Tesla P100D is scheduled to replace its P85+ predecessor. 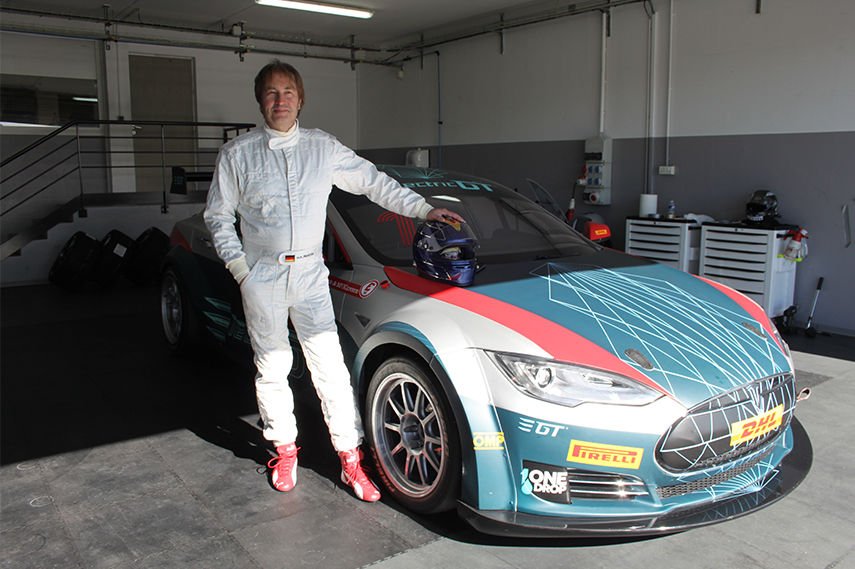 Even more so than the P85+, Tesla Model S P100D proves the competitive level of electric cars, which is why it’s no surprise that it was introduced as the new base model for the Electric GT racing championship. Dubbed as the Electric GT V2.0, it features improvements on several points compared to the P85+: a stronger suspension, improved acceleration, steering and brake cooling, as well as adding FIA safety features that include a race-ready rollcage.

Mainly, the 85kWh battery pack that was present in the P85+ has been upgraded to 100kWh in the new modelfrom a standstill, it’s able to hit the 60mph (100km/h) mark in 2.4 seconds, which is almost one second less than its predecessor! Putting it in perspective, it’s the third fastest accelerating production car ever produced, and the fastest accelerating car in production as of December of 2016.

Even with the modifications and extra features, the car will turn out to be some 500kg, or 1.100 pounds lighter, further improving the grip and handling. The car is one of the few that managed to receive a 5-star safety rating from both Euro NCAP and the U.S. National Highway Traffic Safety Administration (NHTSA), and with the rollcage installed, it’s looking to be one of, if not the safest car on the grid. With Pirelli slick tyres installed, the P100D trumps even the Ferrari LaFerrari and Porsche 918 Spyder when it comes to acceleration. 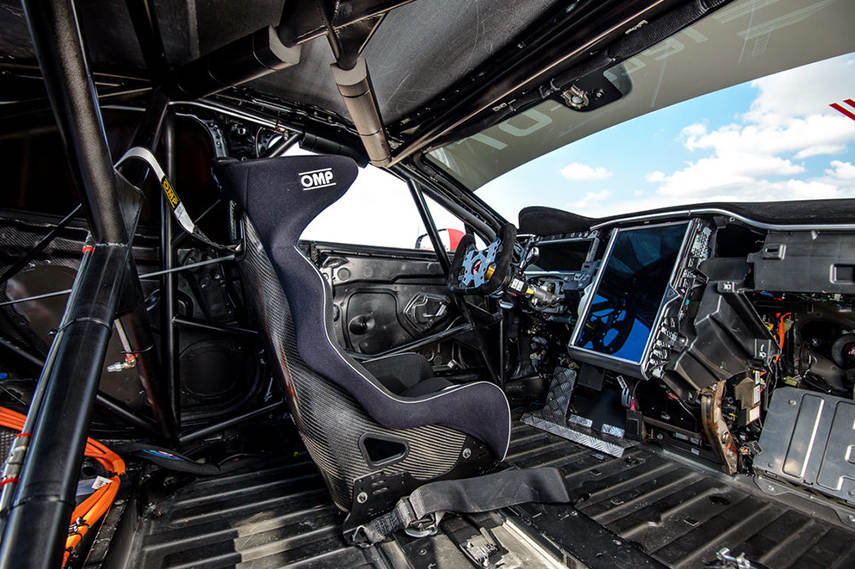 Inside of a race-ready Tesla Model S

In anticipation of the 2017 EGT Championship

Although the first season of the EGT Championship will be raced with a number of identical cars on the grid, there is an unmistakable anticipation in comparing the performance of Tesla Models with some of the currently best petrol-powered GT cars. The EGT series has already proven the value of these vehicles outside of the track, and if the car manages to portray improvements in battery and motor cooling, it will undoubtedly plunge the sport into a new era of sustainable, pollution-free energy driven surroundings.