The Sound, the Smell, the Scenery - Iowa Speedway

Despite being one of the newest, Iowa Speedway is one of the tiniest and shortest racing ovals used for NASCAR Series and IndyCar races.

Based on Richmond with a Rusty’s touch

Located in the small town of Newton in Iowa, some 50 km from the state’s capital Des Moines, this speedway was opened in 2006 while the first major event was an IndyCar race in 2007. The track has many nicknames, like “Rusty Wallace Special”, after former famous NASCAR driver and TV commentator, who also had an influence on the design of the track which is very similar to the Richmond International Raceway, or “The Fastest Short Track on the Planet”. Interestingly, Rusty’s son Steve won the finale of ARCA Racing Series at Iowa Speedway in 2006. 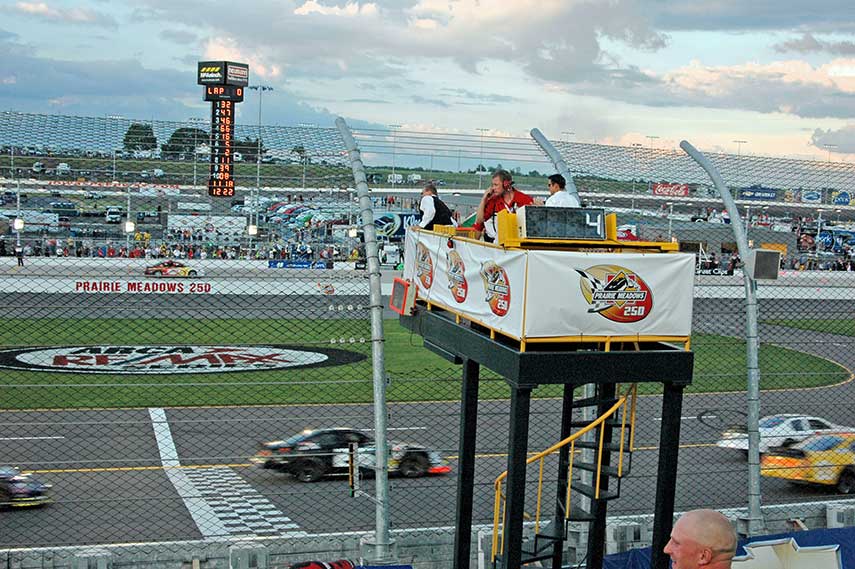 Detail from the race at Iowa Speedway

Iowa Speedway is one of the shortest NASCAR Series tracks

The D-shaped oval used for NASCAR events at Iowa Speedway is only 1.408 km long. Banking on the turns is 12 – 14 degrees, on the front stretch is 10 degrees while at the backstretch banking is only 4 degrees. There is also road course with a length of 2.08 km and nine turns. Iowa Speedway is with Martinsville Speedway the only NASCAR track with SAFER barrier installed around the track. 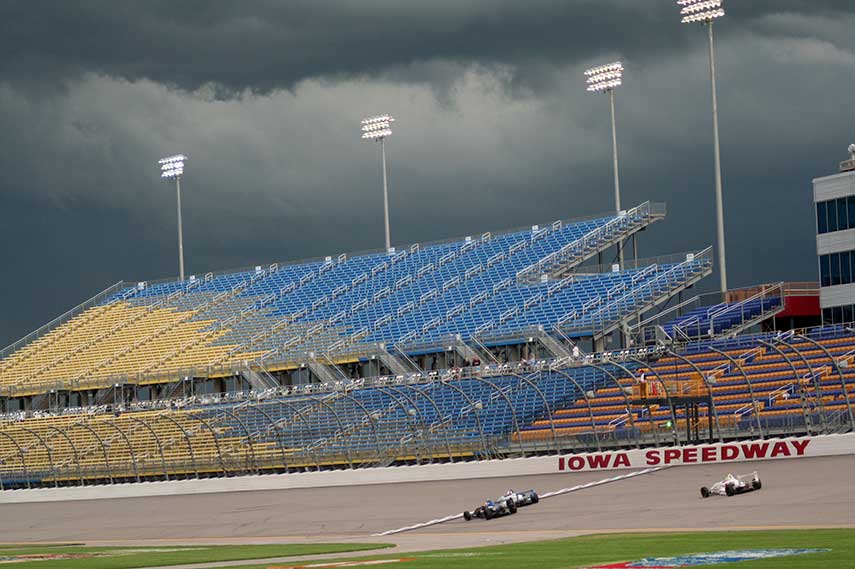 The stands capacity of Iowa Speedway is 30.000 while a total of 40.000 fans can attend the races. The total cost of construction of the venue was around $70 million.

NASCAR Xfinity and Camping World Truck Series races are the main events of the season, but Iowa Speedway also hosts IndyCar Series. However, as the primary objective still stands organization of NASCAR Sprint Cup race, but for that further improvements should be made. However, since November of 2013, NASCAR is the owner of the track.

Iowa Speedway also hosts some racing schools, like Rusty Wallace Racing Experience and The Formula Experience where the visitors can feel the experience of the oval driving a racing car. This modern venue with its Newton Club and Corporate Hospitality Village also offers many possibilities for non-racing events. 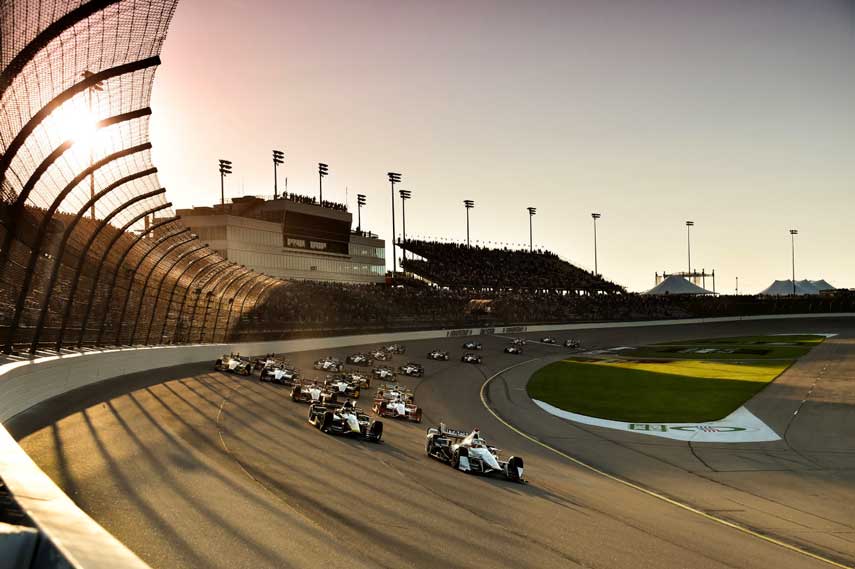 The nearest international airport is in Des Moines while the nearby Newton Airport serves private flights. By car, the best way to reach Iowa Speedway is using Interstate 80, exit 168, and then follow the road to the track. Finding parking place at Iowa Speedway is easy as it is available around 15.000 parking spaces. 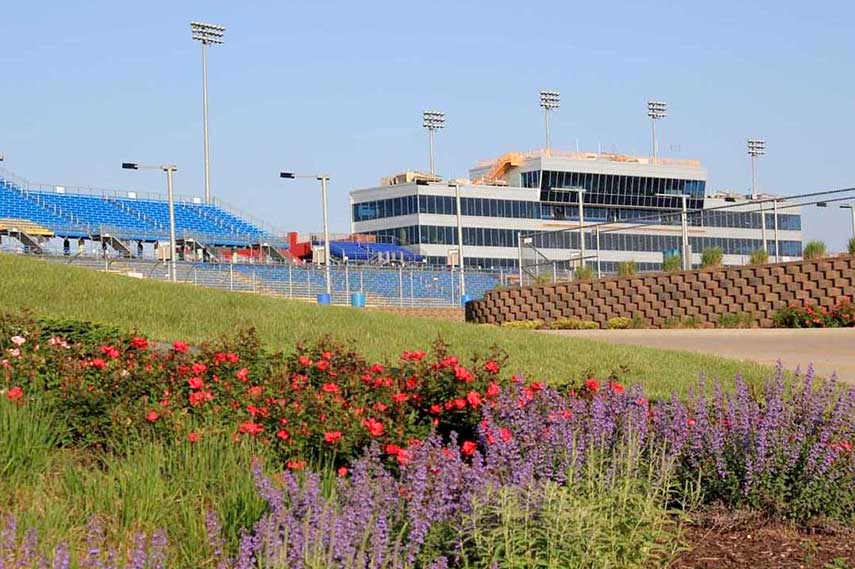