Mantorp Park - Track With a Bit of Everything

Mantorp Park once was one of the most popular racing circuits in Sweden, hosting popular various motorsport series, while nowadays mainly hosts national events.

The track located in the town of Matorp in the southeast of the country was opened in 1969. Interestingly, the construction was financed by BP Sweden. Originally, the track designed by Olof Larsson with an input of Joakim Bonnier was 4.098 km long. It was a flat circuit with an interesting collection of corners. 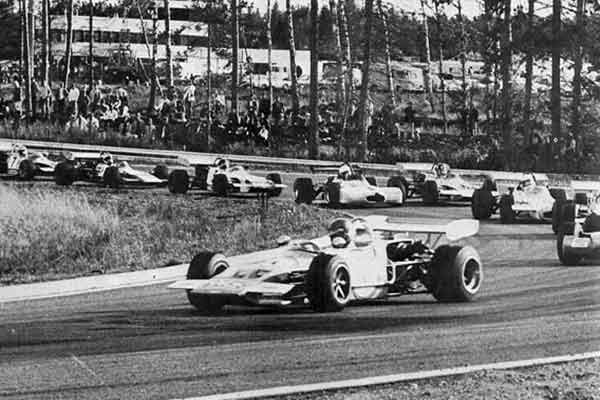 The track immediately became popular, especially after hosting the Formula 2 race in 1971, won by the local favorite Ronnie Peterson.The well attended F2 races were held regularly until 1974 when the Swedish round was moved to Karlskoga. However, Mantorp Park still was the host of some renowned championships, like European Touring Car Championship and Formula 3.

Reconstruction of the Mantorp Park circuit

In the late 1970s financial troubles hit the venue but not for a long time. With a new vawe of the Swedish racing drivers, like Stefan Johansson and Eje Elge, the interest for motorsport has increased and funds for the reconstruction of Mantorp Park have been provided. In 1981 the two short courses were created while the full length of the track was shortened to 3.125 km. 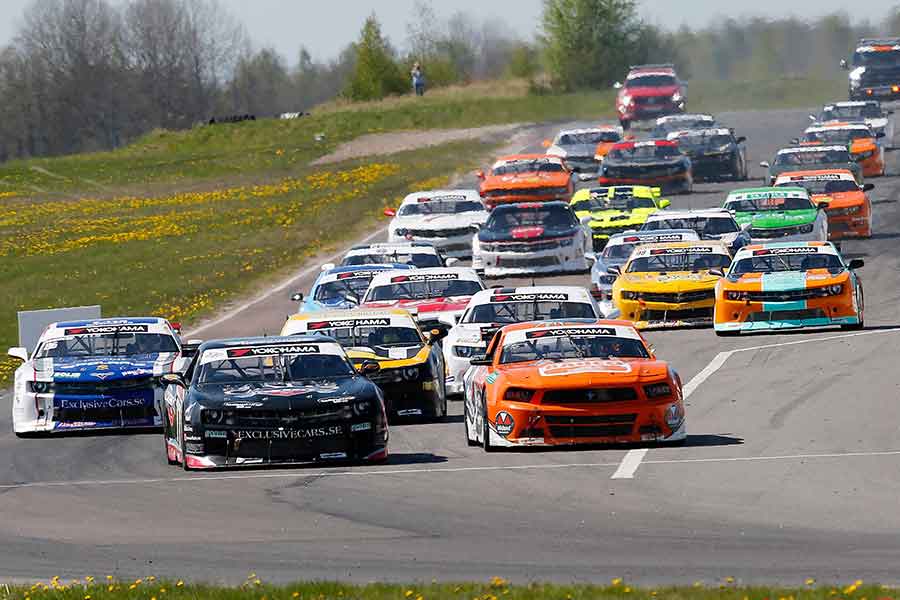 The same year Formula 2 returned at Mantorp Park and again local crowd had something to cheer for after Stefan Johansson won the race. In 1982 F2 event was held for the last time and since then national and regional series like Swedish Formula 3 or Scandinavian Touring Cars Championship are the main events at Mantorp Park. The track is also available for the club events and drag racing.

Nowadays Mantorp Park has two configurations. The Long Circuit is 3.106 km long and has 16 turns, while the short ’Paris loop’ track is 1.868 km long with 9 turns. The lap record time holder is Johnny Cecotto – 1:11.690. Mantorp Park was the first European drag racing circuit to adopt the new 301.75 m drag strip format adopted by the National Hot Rod Association in July of 2008. 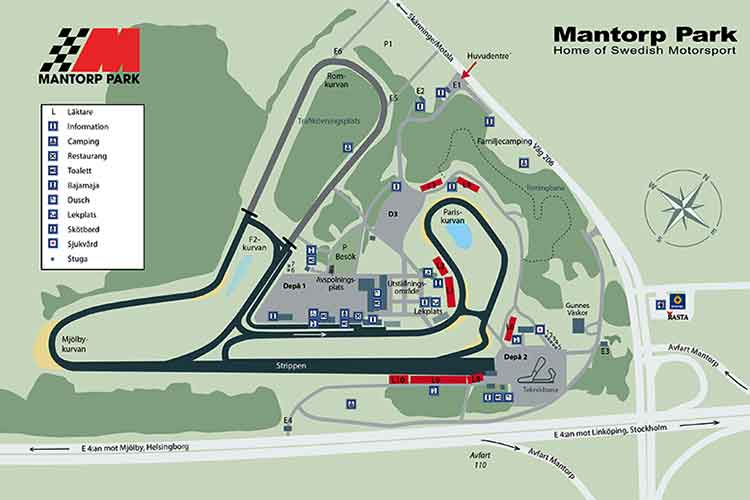 Mantorp Park really has a bit of everything – long straigths, fast and slow curves. The difference between the curves is evident between the fast left turn and after Mjolby F2 corner immediately going from about 150 km/h to 50 km/h. Some really heavy braking also provides good overtaking opportunities. 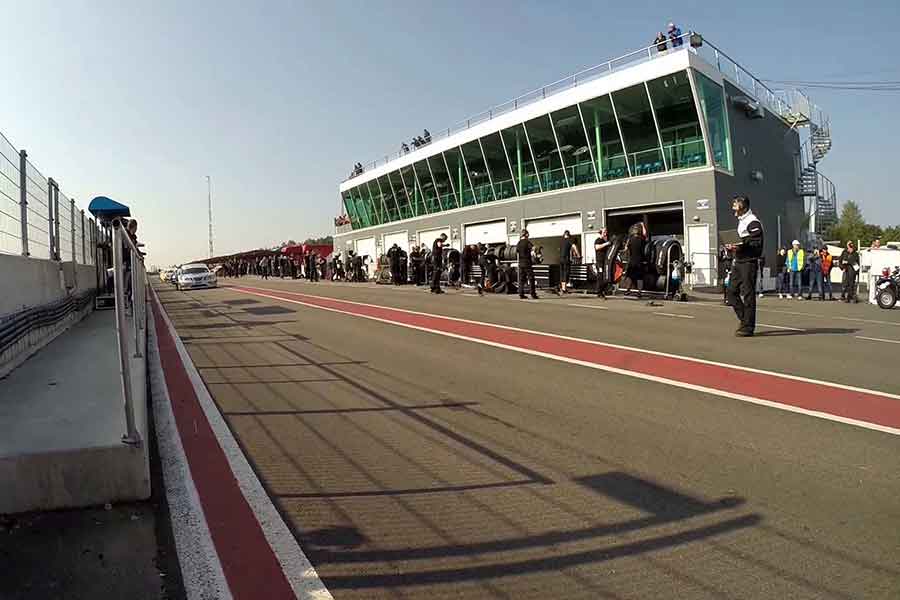 Garages and pitlane at Mantorp Park

Facilities are modest but still good and big enough to accomodate teams and visitors. The main building of the depot garage under fresh VIP lounges and brazenly roof terrace is eye-catching as well as the big event tents. The stands capacity is around 8.000 seats. Mantorp Park has its own camping site which is opened during the motorsport events.

Mantorp Park is located just off the road E4, between Mjolby and Linkoping in Ostergotland. Run the exit no. 110 if you are coming by car on highway E4. Continue a few hundred meters towards Skanninge (pass Statoil on the right side), and there is the main entrance on the left. 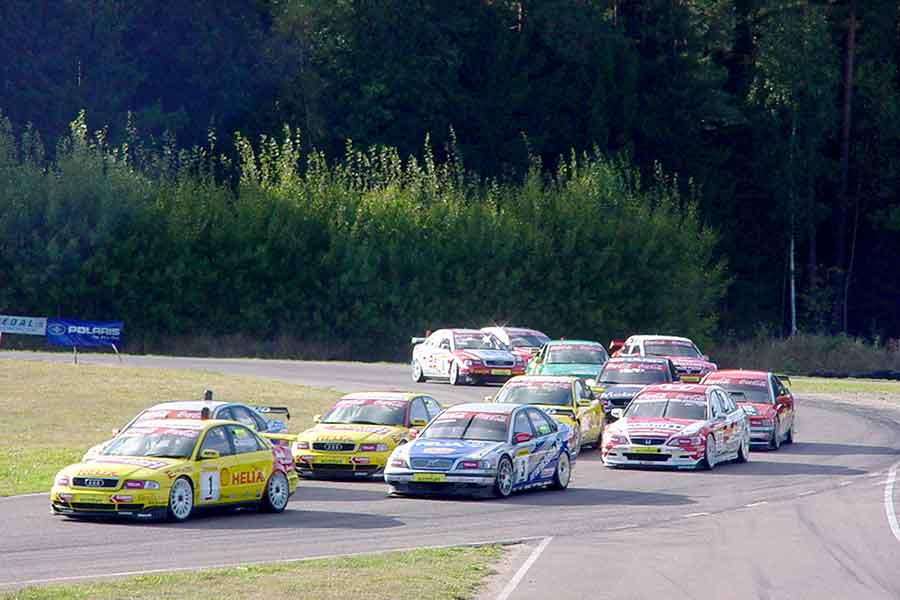 Most trains stop in Linkoping, and many in Mjolby. From these two cities are available commuter trains to Mantorp. There is an airport in Linkoping, but unless you fly KLM and SAS, it is recomended to use Stockholm-Skavsta Airport in Nykoping, which offers many good low-cost connections.