Used in six Formula 1 World Championship seasons, from 1973 to 1978, the McLaren M23 earned the status of a legend.

The Formula 1 title became a priority for McLaren

Designed by Gordon Coppuck, a British racing car designer and motorsport engineer, the McLaren M23 actually was a development of the M16 Indy 500 car and M19 F1 racer. The McLaren team successfully competed in various championships but still was short of winning the Formula 1 crown. Finally, the M23 brought a maiden title to the Woking-based team. 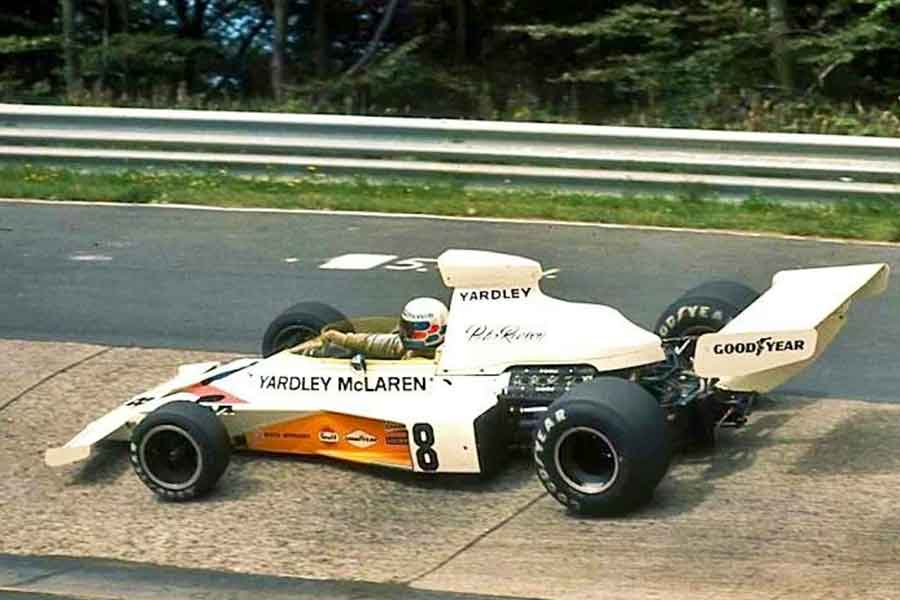 This amazing car was powered by Ford Cosworth engine, used as a fully stressed member with the suspension bolted directly to rear suspension. The suspension was also modified to meet demands of road tracks but the most visible difference was the addition of a large airbox to force air into engine intakes.

The new car, driven by Denny Hulme, debuted at 1973 South African Grand Prix and finished 5th. Over the season, Hulme scored one victory while his teammate Peter Revson won twice. McLaren finished 3rd in the Constructors’ Championship that year while Revson and Hulme were 5th and 6th respectively. 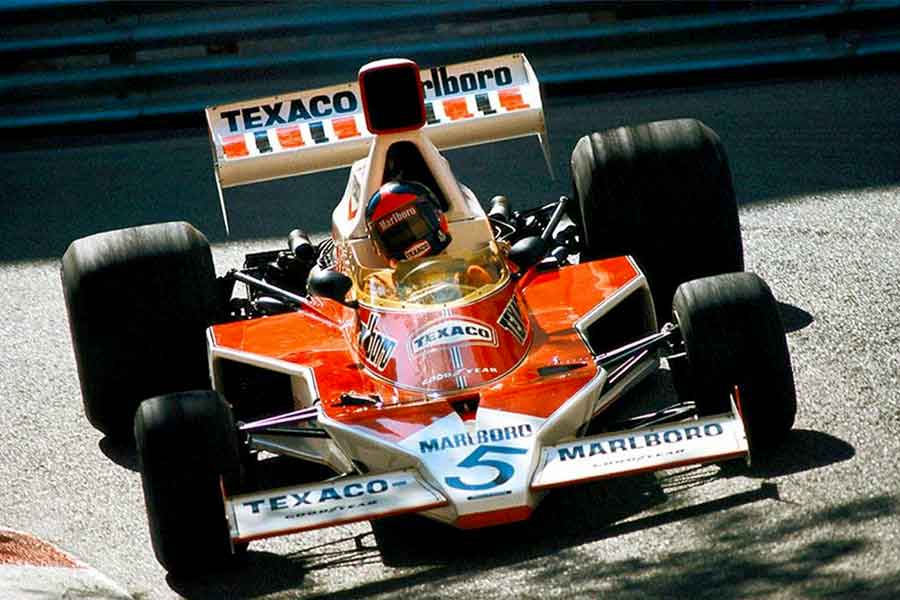 The first year has been used a preparation for the season of 1974. Hulme remained with the team and was accompanied with Emerson Fittipaldi who arrived from Lotus and played an important role helping the team to make some small but probably decisive modifications to the McLaren M23. After scoring three wins, Fittipaldi became the Formula 1 champion. Hulme triumphed once and helped the team to win its maiden Formula 1 Constructors’ Championship title.

Competitive for a long time

In 1976 McLaren M23 was further developed. The new 6-speed gearbox was introduced what was a novelty in the series. Fittipaldi, who was teamed with Jochen Mass, failed to defend his title but finished the season as a runner-up to Niki Lauda. McLaren dropped to the 3rd position in the standings but it was obvious that things will improve in the following year. 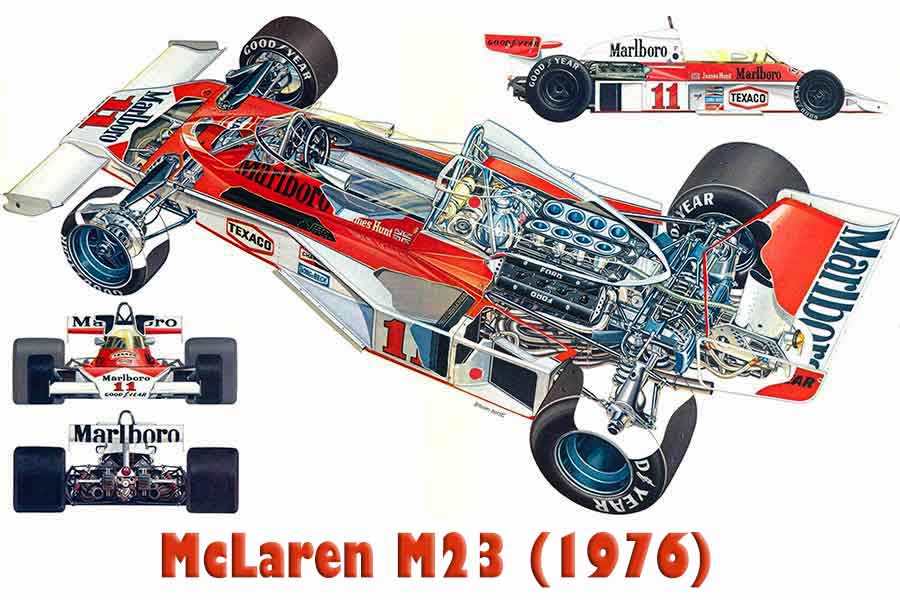 James Hunt arrived at the team as a replacement to Fittipaldi while Mass remained as a back-up. The 1976 season was very close and exciting after Hunt battled with Lauda until the last round. However, the British driver was able to win his only title beating the Austrian by a single point. McLaren finished 2nd in the Teams’ standings.

McLaren M23 was successful in other series

The McLaren M23 still was competitive but in 1977 failed to score a single win. Hunt and Mass scored some strong results before the car was replaced with a new M26 model in the middle of the season. They finished 3rd that year and had to wait almost a decade for another title. 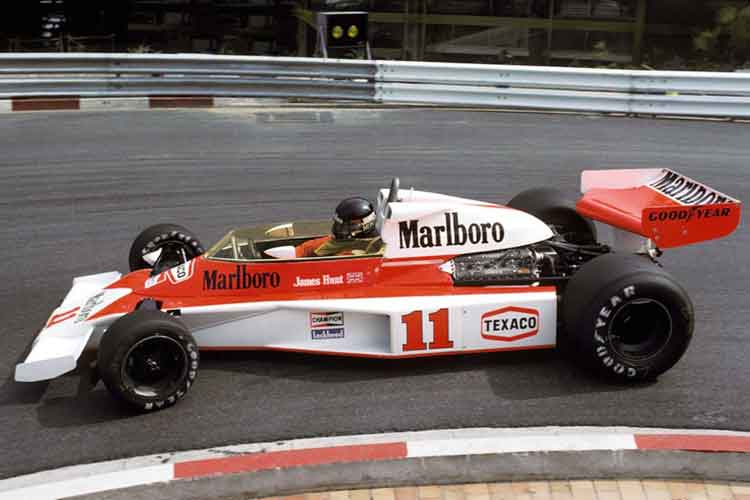 Interestingly, the McLaren M23 was used by some private teams in 1978 but wasn’t competitive enough and hasn’t scored points. The modified M23 also was used in the Australian Formula 5000 and competed with a lot of success. John McCormack won the 1977 title driving the Leyland-powered M23.

What do the numbers say? 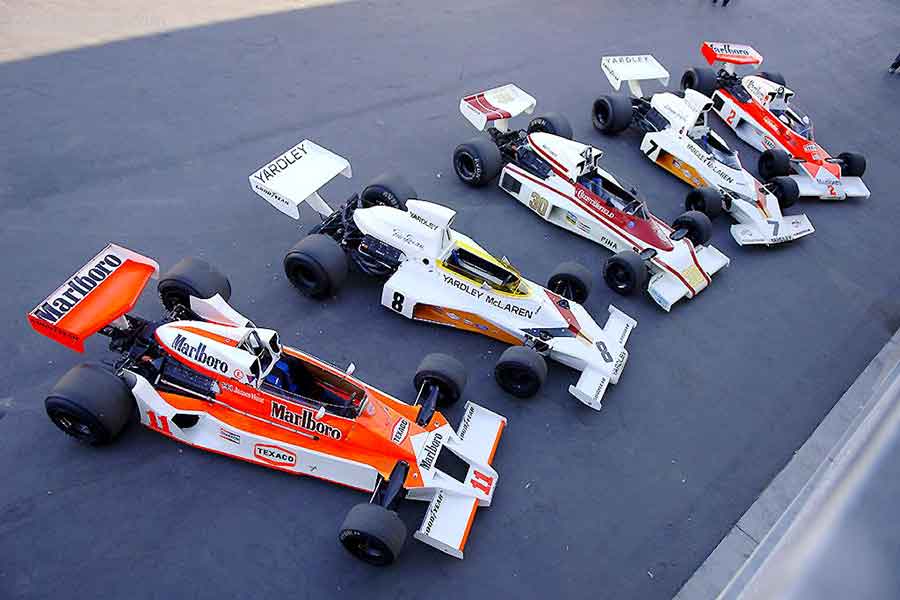