The McLaren MP4/13 was the car which won both 1998 Formula 1 World Championship titles and first Constructors’ title for McLaren. 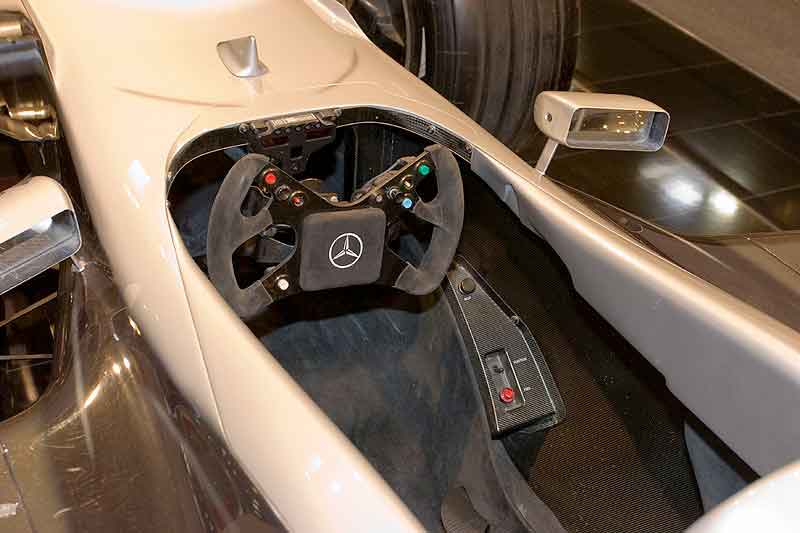 McLaren team had a couple of poor seasons but with the arrival of a talented designer Adrian Newey in 1997, the situation rapidly improved. Newey and his team did not have much time to build a new car in the first year but for the season of 1998 he was ready and he was prepared to design a completely new car under the new regulations that were introduced to reduce cornering speed and grip.

Newey and his team did a great job

Newey and his team started with a blank sheet and did a great job. The chassis was overhauled and much narrower, the front suspension was completely new, and the aerodynamics work was also done almost perfectly. The new Mercedes-Benz engine was lighter and mightier, so the new McLaren MP4/13 had everything that was necessary to become the title contender. 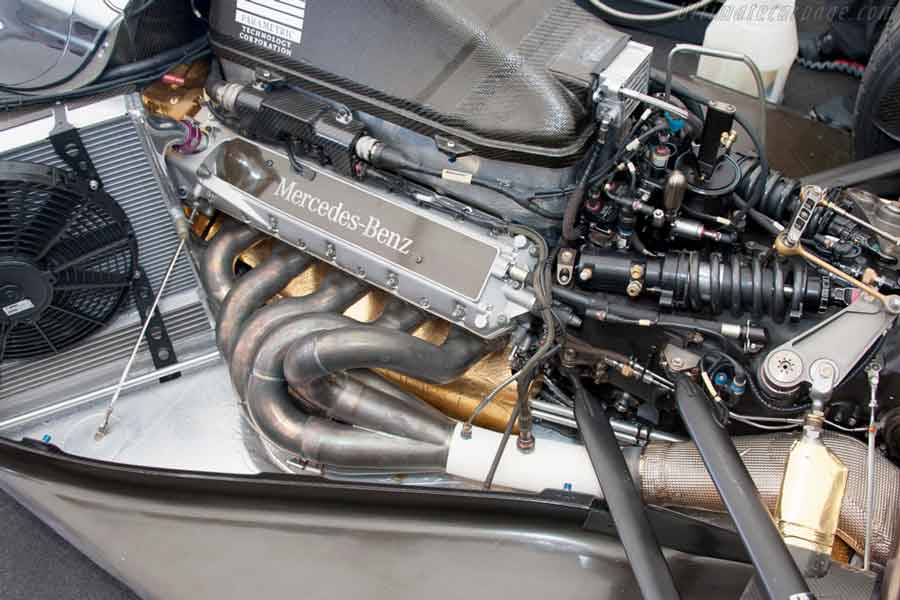 Newey’s masterpiece was the fastest and one of the most reliable cars on the grid that year, so drivers Mika Hakkinen and David Coulthard had a relatively easy task to achieve good results. At the end, McLaren won the double crown and the season of 1998 was their best since 1989 when the Senna-Prost feud reached the peak.

Perfect start of the season

The beginning of the campaign was brilliant. Hakkinen won opening two races in Australia and Brazil, while Coulthard finished 2nd in both. It was clear that McLaren adapted really good to the new rules and other teams weren’t able to compete with MP4/13 at that stage of the season. The Argentinian Grand Prix was the next in which the Finn finished 2nd, while the Scot was 6th. 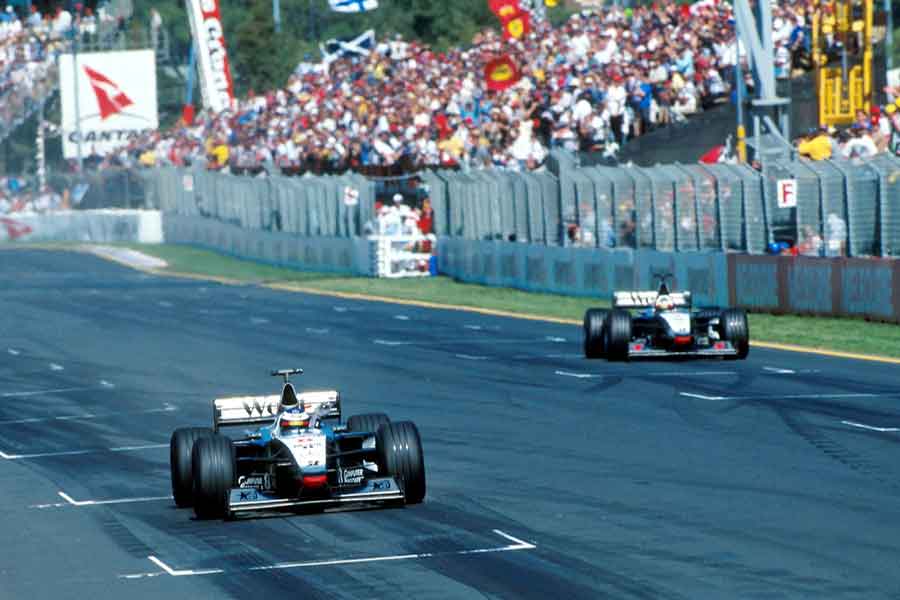 The Scottish driver scored his only win of the season at Imola where Hakkinen retired. However, Mika bounced back by winning the race in Spain where his teammate was 2nd. That success was followed by another Hakkinen’s win in Monaco. The Canadian Grand Prix was the worst moment of the season after both cars retired from the race. However, at that stage of the season, Hakkinen led the standings with 12 points ahead of Michael Schumacher, while in the Constructors’ championship standings the British team was 22 points clear of Ferrari.

At the French Grand Prix, Mika was 3rd and David was 6th. The British Grand Prix was the following round and McLaren again failed to win the race. Coulthard retired for the third time in the last four races, while Hakkinen finished 2nd. Mika’s lead in the standings was shortened to only two points, while in the Constructors’ championship team had only three points advantage with seven races remaining. 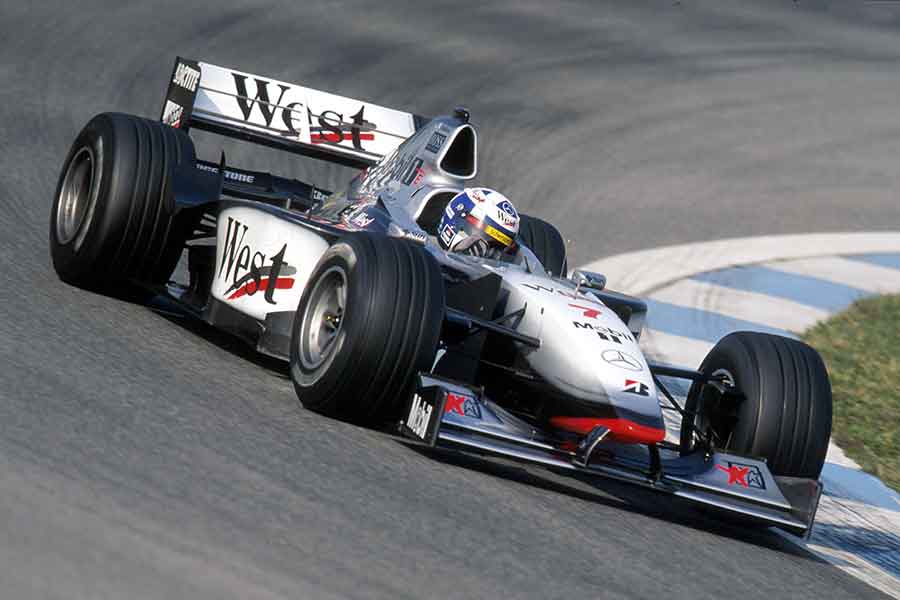 Probably the decisive part of the season started from the Austrian Grand Prix. Hakkinen won the race, while Coulthard was second. Another 1-2 finish McLaren scored in the next race at Hockenheim, so both Hakkinen and the team had a solid points advantage.

Turbulent finish of the season

It looked like everything was set up for the double triumph at the end of the season but the situation again became complicated. In Hungary, David finished 2nd for the third consecutive time but the Finn finished in 6th place. The thing became even worse after the race at Spa where Hakkinen retired and David didn’t score any points. At the Italian Grand Prix, Hakkinen finished 4th and his teammate retired, so before the last two rounds, Hakkinen and Schumacher were tied in the number of points. 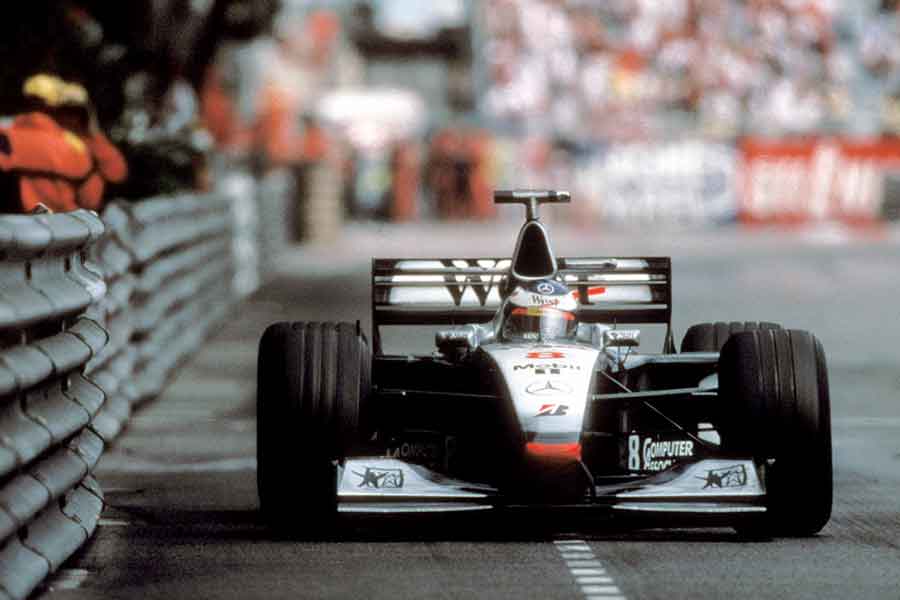 Luckily, the outcome of the year was positive for McLaren. The Luxembourg Grand Prix at Nurburgring was penultimate round of the campaign. Hakkinen won the race ahead of Schumacher and other McLaren which meant that team secured the Constructors’ championship title. The final round of the season was in Japan, at Suzuka Circuit, where the Finn secured the title by winning the race. David Coulthard was 3rd overall, so that was one of the best seasons in the team’s history.

What the numbers say?

The Formula 1 season of 1998 was really remarkable for McLaren and the MP4 / 13 after winning both trophies. In total, McLaren MP4/13 won 9 out of 16 races and also had 12 pole positions and 9 fastest laps. 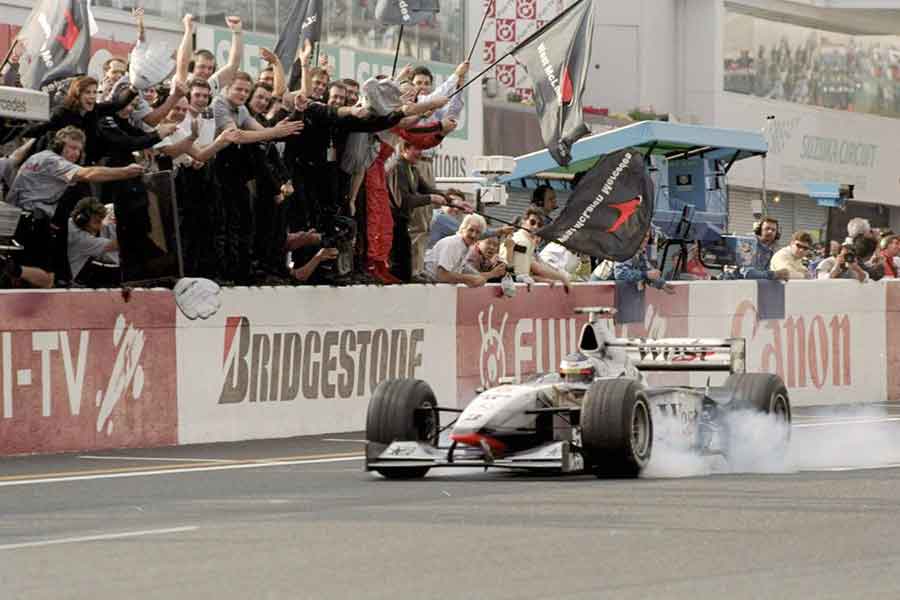 At the same time, a solid basis was formed for the following years in which McLaren cars regularly were among the frontrunners.