As one of the oldest, longest, most famous, most complex purpose-built race tracks in the world, Nürburgring has been a proving ground for many generations of drivers for more than ninety years. The roots of the track can be traced to September 1925 when the construction of Gustav Eichler’s design began around the village of Nürburg.

The first race was held in the summer of 1927

The track was opened on June 18, 1927, with motorcycle race won by Toni Ulmen. A day later, the automobile race was held and the winner was the legendary pre-war German driver Rudolf Caracciola.

Since its beginnings, the full Gesamtstrecke has been divided into Nordschleife and Südschleife. At 15:06.1, the official Gesamtstrecke record was held by Louis Chiron who drove his Bugatti Type 35C in 1929 German Grand Prix. 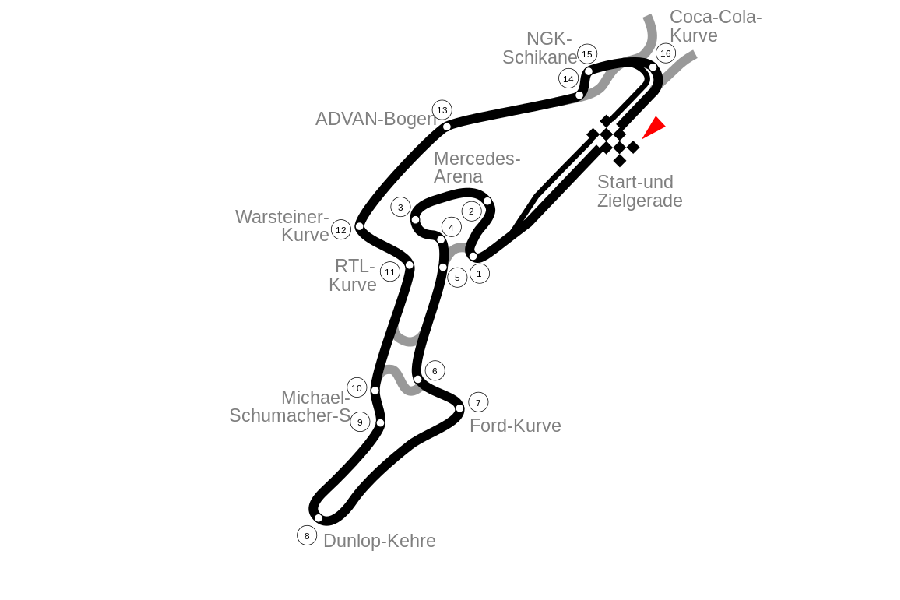 Gesamtstrecke gave way for Nordschleife as the official Grand Prix layout, driven from 1947 to 1970. The first car to break a 10-minute mark was the highly aerodynamic 1959 Abarth-Alfa Romeo 1300 Berlinetta, designed by Luigi Colani.

The fifties also saw the introduction of an endurance event called the 1000km Nürburgring, and in 1961, a sub 9 minutes record was broken by Phil Hill, who completed a lap in 8:55.2 in the Ferrari 156 F1 car.

Safety was always a problem at Nordschleife

In the late sixties, the development of Formula One cars made the track even less safe than it was, resulting in the Hohenrain chicane before the start/finish straight in 1967. After the 1968 Grand Prix victory, Jackie Stewart nicknamed Nordschleife as “The Green Hell”, which is a name that will always stick to the track.

In 1970, a new event called 24 hours of Nürburgring has been introduced, and in the same year, Formula One drivers boycotted the track, which led to the moving of German Grand Prix to Hockenheimring. 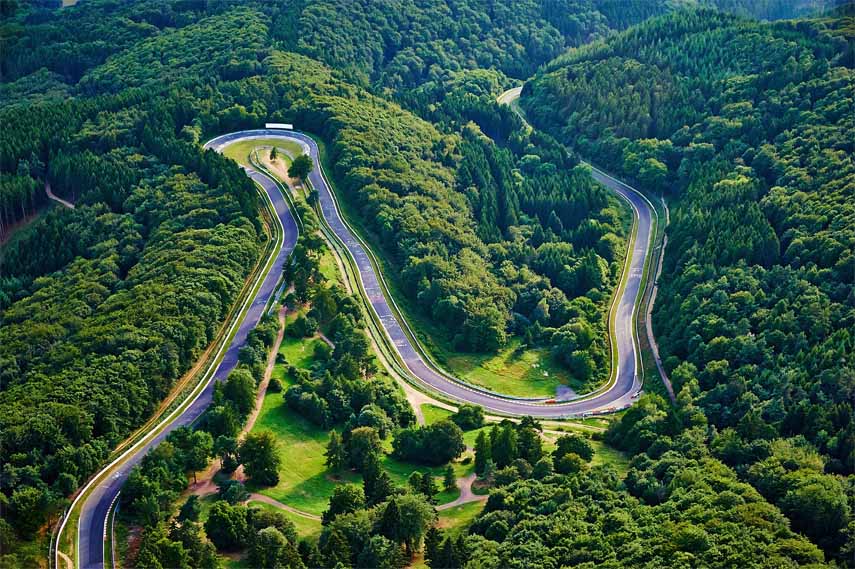 Nurburgring is known for its natural beauties

Formula One left Nürburgring Nordschleife after 1976

However, after Lauda’s near-fatal 1976 crash, the Nordschleife had been boycotted again and Formula One never returned to the circuit, which earned its place among the deadliest race tracks in the world.

The Grand Prix Circuit was opened in 1984

All that led to the construction of a new circuit in 1981. The Nurburgring Grand Prix Circuit was opened in 1984. Since no major racing events have been held at Nordschleife from 1984 onwards, Bellof’s time stands as Nordschleife’s official all-time record, and at 6:25.91, the late driver also holds the in-race record.

The Grand Prix Circuit hosted the F1 Championship race in 1985, won by Michele Alboreto, but after that, the German Grand Prix found its place at Hockenheimring. Formula One cars returned to Nurburgring three more times in 2009, 2011 and 2013. During decades without Formula 1, Nurburgring Grand Prix Circuit stayed one of two German major circuits for other competitions, hosting many FIA-sanctioned events, European and German championships.

24 Hours of Nürburgring is the highlight of the season

Nowadays, Nürburgring Nordschleife is hosting many contemporary and classic events including RCN/CHC Series, VLN Series, 24 Hours of Nürburgring, and since 2015, the round of the World Touring Car Championship.

As expected, the highlight of the season is the 24-hour long race which attracts as many as 300.000 spectators, more than 200 cars and over 700 drivers, ranging from amateurs, gentleman racers and enthusiasts to former F1 drivers and factory team drivers. Such a race deserves a place among the greatest motorsport events in the world. 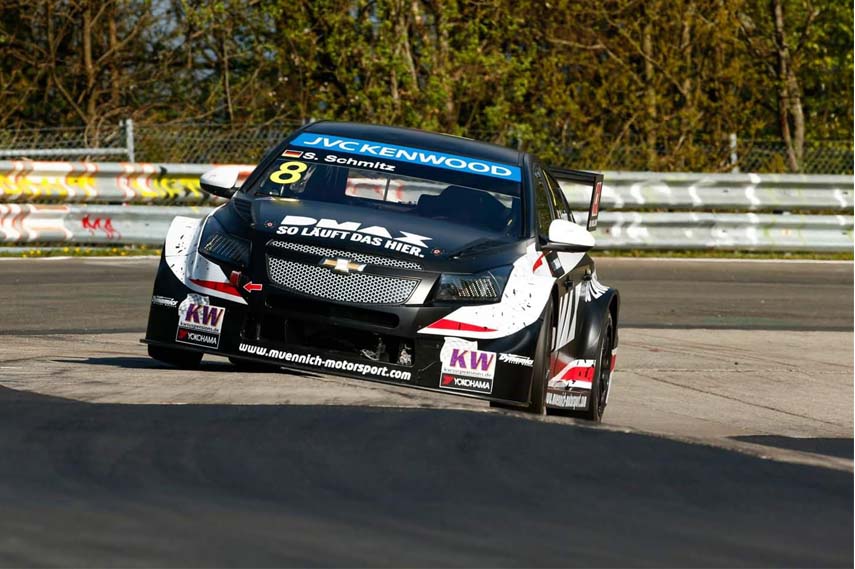 Nürburgring is still the best automotive proving ground in the world

The Nordschleife is also a proving ground for production and non-production cars. It is a place where every second matter and where battles are as fierce and exciting as in the days when Formula One drivers were cheating death on its curves and straights.

Of course, the Nordschleife records are always a matter of heated debates and speculations, as they prove to be just another battlefield for leading car manufacturers.

Try it yourself to become a part of the history

To sum it all up, the best way to experience Nürburgring Nordschleife is to drive it yourself, as the public access to the track has always been granted to the visitors seeking for more than just a drive around beautiful German countryside.

Since 1985, Nürburgring also hosts a music festival called Rock am Ring, which attracts the most popular rock bands in the world. Despite numerous changes, controversies and recent financial problems, Nordschleife still is and will always be the sacred place for every car lover in the world!