Pukekohe Park Raceway is the main New Zealand’s racing circuit and it is widely-known as the venue of the V8 Supercars Championship races. The race track was opened in 1963 and it hosted the New Zealand Grand Prix on 29 occasions between 1963 and 2000. 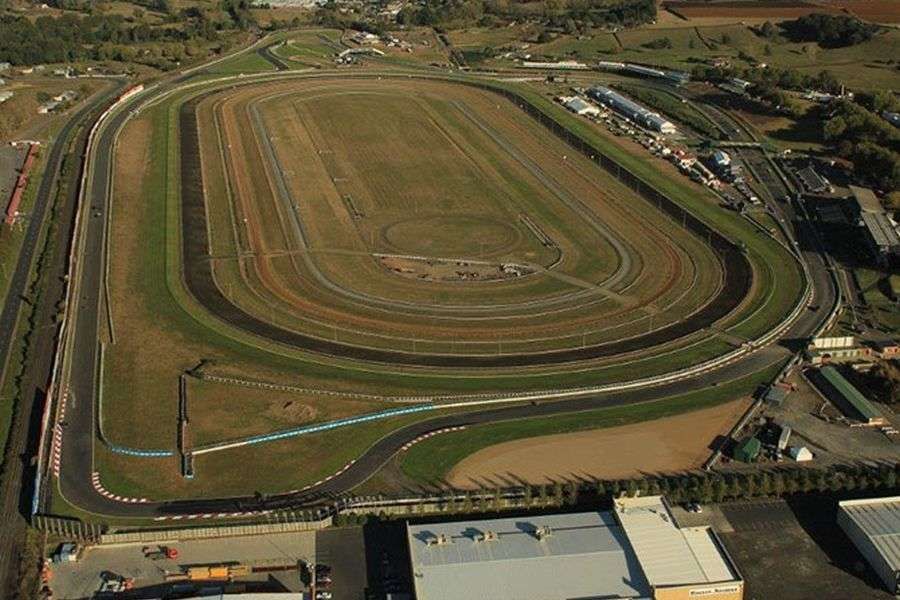 In the center of the circuit is a horse racing course

The Pukekohe Park Raceway was opened in 1963

The permanent race track in Pukekohe (40 kilometers south of New Zealand’s biggest city Auckland) was opened in 1963 as the replacement for the temporary race course at Ardmore airport, that hosted New Zealand Grand Prix between 1954 and 1962.

The original circuit was 2.2 miles (3.54 km) long, with a possibility to be divided into the short circuit (2.82 km) and about kilometer-long Club circuit. The full course features eight turns and a very long (1.1 km) back straight. It was used for the New Zealand Grand Prix until 1966. Since 1967, the Club circuit was bypassed and only the 2.82-km circuit was used. 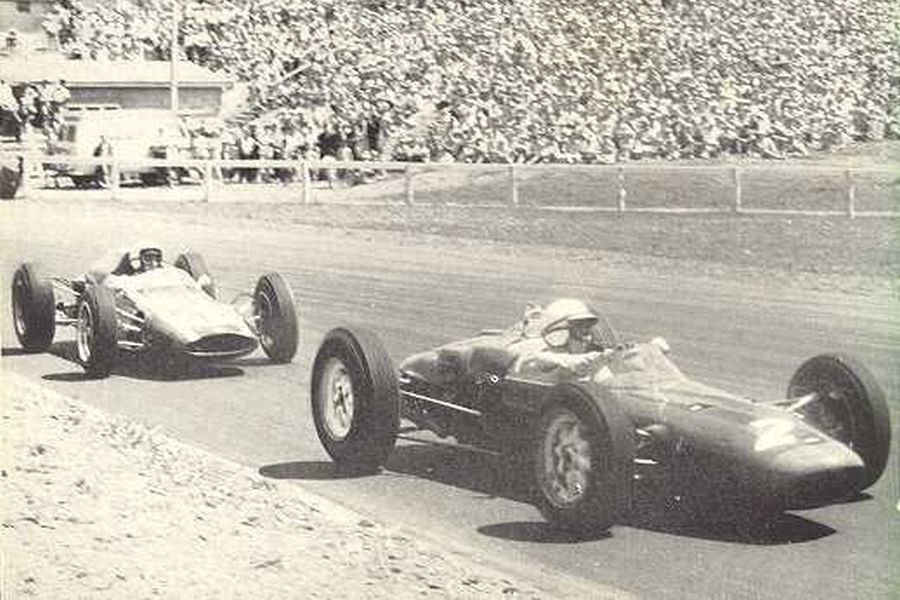 The first New Zealand Grand Prix at Pukekohe Park Raceway was held on January 5, 1963. The first winner at the new race track was John Surtees, driving the Lola-Climax.

From 1964, the race became a part of the Tasman Series, which was popular among Formula One stars because it took place during the European winter. So many drivers were traveling across the world to participate in the New Zealander open-wheel series. Between 1964 and 1975, some of the New Zealand Grand Prix winners were Bruce McLaren, Graham Hill, Jackie Stewart and Chris Amon.

From 1976 to 1991, the New Zealand Grand Prix was a part of different racing series (Formula 5000, Formula Pacific or Formula Mondial) but it always lured famous names from other series, including Formula One. Keke Rosberg has won two times (1977 and 1978). Some other widely known winners were Teo Fabi, Roberto Moreno, Paul Radisich, Craig Baird…

In 1992, New Zealand Grand Prix was moved to Manfield Autocourse and then to Ruapuna Park, returning to Pukekohe race track one more time in 2000, as a round of the Formula Holden championship. 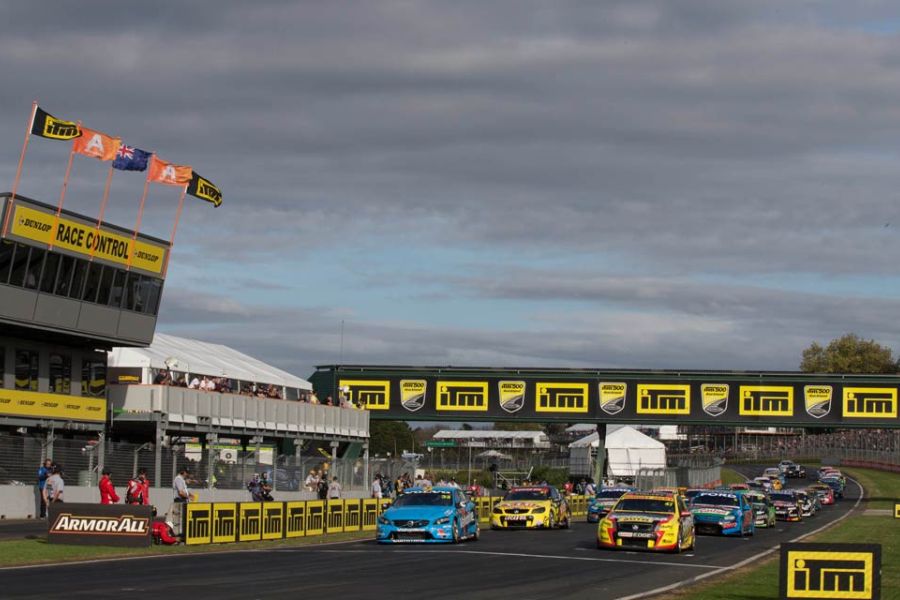 Group A touring cars came to Pukekohe in 1984

The famous Australian touring cars competition came to Pukekohe for the first time in 1984, although the first two winning trophies in the Pukekohe 500 event went to German car – BMW 635 CSi. In the next couple of years, different cars won the Pukekohe 500 (Holden Commodore, BMW M3, Ford Sierra RS500, Nissan Skyline R32 GT-R and Ford Mondeo). The Pukekohe 500 was the non-championship Group A touring car race until 1993. Touring cars visited Pukekohe one more time in 1996, in the non-championship event where Greg Murphy won.

In 2001, the Pukekohe race was included into the V8 Supercars Championship calendar for the first time. The winner of the three-race event, called Boost Mobile V8 International, was Greg Murphy. It was the first round in the history of the Australian Touring Car Championship and Supercars not to be contested in Australia. After the local driver Greg Murphy won the event, he repeated the triumphs three more times, winning in 2002, 2003 and 2005, becoming the most awarded driver on this track until today. 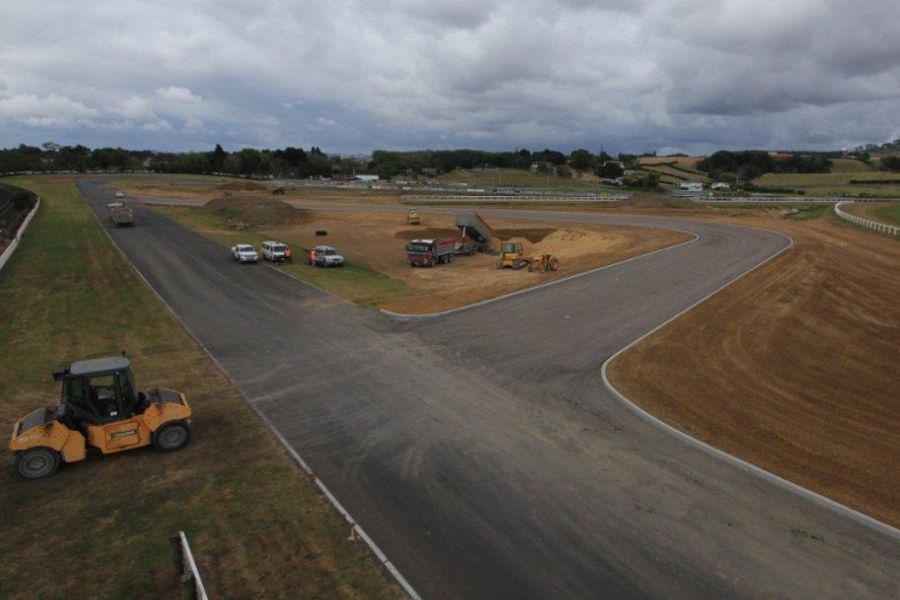 In 2012, the chicane was added at the end of the back straight

The circuit was improved for the V8 Supercars return in 2013

A new 5-year deal was made in 2012, so the V8 Supercars Championship returned to Pukekohe in 2013. Prior to that, the circuit underwent many safety upgrades and the length was increased to 1.808 miles (2.910 meters) with an addition of the chicane on the back straight.

It was the biggest upgrade in circuit’s history, worth NZ$6.6 million. Besides getting the safer race track, the new buildings and other facilities were constructed.

After all these improvements, the circuit was ready to host ITM 400 Auckland event in April of 2013. The event featured four 100-km races with four different winners (Scott McLaughlin, Jamie Whincup, Will Davison and Jason Bright). In 2014, Mark Winterbottom has won two races and became the round’s winner. In 2015, the ITM 500 Auckland was a three-race event and Jamie Whincup was the winner of the first sprint race and the main race.

For the 2016 season, the format and the name are changed. The 2016 Auckland SuperSprint features four 100-km races. 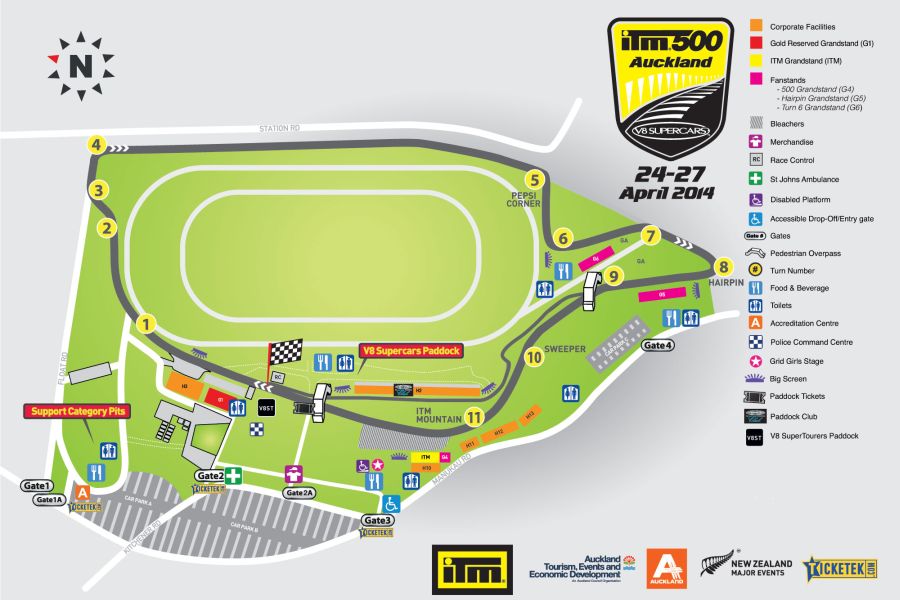 Pukekohe hosted some other touring car and open-wheel series

The Pukekohe Par Raceway was opened for New Zealander V8 Tourers between 2012 and 2015, but also for Toyota Racing Series, the premier New Zealand’s open-wheel racing competition, between 2005 and 2009.

The Pukekohe Park Raceway is more than just a racing circuit because in the center of the circuit there is a horse racing course, owned by the Counties Racing Club Inc. The owner of the race track is Pukekohe Park Limited, so two owners are forced to combine their activities during the year.