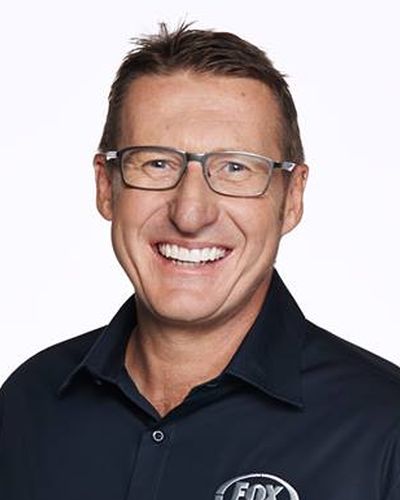 He retired from full-time racing in 2008, staying in motorsport as a commentator and a presenter for different TV channels.

A son of well-known racer

Born in April 1967 in Gosford, New South Wales, as a son of well-known racer Russell Skaife, Mark was involved in motorsport since his childhood but started to compete relatively late. Mark made his first steps in karts racing before moving into cars racing in 1984 when he drove Holden Torana at Amamo Park.

In 1985 and 1986, Mark was vice-champion in the New South Wales Ford Laser Series, but in 1986, he won the Victorian Series. Progress has continued in 1987 when Mark won the title of the Australian 2.0 litre Touring Cars Championship and for the first time finished Bathurst 1000 race, taking 19th position.

Driving a Nissan Skyline, assembled by Gibson Motor Sport, during the 1988 season Skaife competed in the selected events, but failed to finish both Sandown 500 and Bathurst 1000. In the following year, he was already well-experienced racer and drove Nissan Gibson team’s third car in four races of Australian Touring Cars Championship. He assured his first Sandown victory that year and scored a podium finish in A class at Bathurst.

From 1991 to 1993 Skaife won three consecutive Australian Drivers’ championship titles and earned three CAMS Gold Stars, driving Spa FB003 Holden and Lola T91/50 Holden. But, more importantly, in 1990 he was appointed as a full-time driver for Nissan in the Australian Touring Cars Championship, where he modestly finished 14th.

In the following year, Skaife scored three wins, earned more points than any other driver, but did not win the title due to ’drop-worst-round’ rule and finished as a runner-up. For comfort, he scored his first win at Bathurst 1000, announcing that he will become the master of the most prestigious Australian race.

As a driver of Winfield Team Nissan, he has won his first ATCC title in 1992. He has won four of nine rounds that year, scored another victory at Bathurst and at the end of the season, he  was 20 points ahead of Jim Richards. In 1993, Skaife was 6th overall but, that was only an introduction for the following season in which Skaife drove superbly and secured his second championship title. He has won four out of ten rounds that year and was 57 points ahead of second-placed Glenn Seton.

In his career Skaife had wrong moves, too

The year of 1995 was Skaife’s last with Winfield Racing and did not go well for the reigning champion. Mark missed the opening round due to injuries sustained in the pre-season tests. Two-time champion managed to win one race that year but at the end of the season, he was only 6th.

In 1996, Skaife returned to Gibson Motor Sport and that proved to be the wrong decision. During two years with a team, he failed to score a single win and finished 9th overall in 1996 and 13th in 1997.

Luckily, best was still to come for Skaife. In 1998, he moved to Holden Racing Team and spent 11 years with one of the series’ pillars. Those years were really golden for Mark as he won three consecutive titles and managed three times to be third overall in the Australian Touring Cars/V8 Supercars Drivers’ Championship. Even though he came third in 1998 and 1999, Skaife did not loose spirit and in the following three seasons, he achieved something that only one driver before him managed to do – win three titles in a row. Although the previous record holder, Ian Geoghegan, managed to take four consecutive titles from 1966 – 1969, Skaife's three consecutive victories in the years  2000, 2001 and 2002 are definitely something worth mentioning.

In the dawn of millennium, Skaife won four rounds to win the title, securing it with sixth place in the season finale at Bathurst. In 2001, Mark again won four rounds, including a victory at Bathurst 1000, but this time, he secured the title in the penultimate race of the season at Pukekohe. Interestingly, that was the first round held out of Australia although it kept the old name.

Since 2002, championship was renamed to V8 Supercars and Mark Skaife became the first champion of the ’new’ competition, driving a Holden Commodore VX. That year was probably the best in Scaife's career as he won five opening races and later in the season clinched another two victories . One of them was at Bathurst and that was his fourth triumph at Mount Panorama.

The following year was also very important for Skaife. He failed to win another title, but he became the new owner of Holden Racing Team after the fall of team’s founder Tom Walkinshaw. Skaife’s racing star slowly started to fade after that season. In 2004, for the first time in six years, he failed to win a single race. Following year, Skaife scored the fifth victory at Bathurst, sharing a seat with Todd Kelly and was fifth in the Drivers’ championship, but that was a swan song.

Somehow, he managed to win a race each year until 2008, but  he was never near the top of the standings or even close. Finally, he has announced retirement from the full-time racing but confirmed he will continue to compete in the V8 Supercars endurance races. In 2010, driving alongside Craig Lowndes, he scored the sixth win at Bathurst 1000 and in 2011 finally said goodbye to racing after 41 pole positions,  42 event wins, 90 race victories and five championship titles.

After retiring from racing, Mark Skaife began to work as TV commentator of V8 Supercars races, later taking roles of presenter and one of the specialized TV series about V8 Supercars.

Other interesting facts about Mark’s career are that he was awarded the Medal of the Order of Australia for his services in motorsport and community work while in 2006 Skaife set Guinness World Record for a utility vehicle driving an HSV Maloo 277.16 km/h. In 2014, Mark was inducted into the V8 Supercars Hall of Fame.