Rebellion Racing is a Swiss racing team, founded in 2010, that is competing in the FIA World Endurance Championship, running LMP1 prototypes. It is the best private team in the LMP1 class. Before the FIA WEC was relaunched in 2012, Rebellion Racing’s biggest success was the teams’ title in the 2011 Le Mans Series. For the 2017 FIA WEC season, it was announced that the team will switch to LMP2 category.

The Rebellion Racing was born as a result of cooperation between two racing teams, the Swiss Speedy Racing and the British Sebah Automotive. Two teams united their resources in 2008. They competed in Le Mans Series, including 24h Le Mans, both in the LMP2 and GT2 classes.

In 2009, Speedy/Sebah cooperation continued with LMP1 and LMP2 prototypes. They finished in second place of the Le Mans Series LMP2 teams’ classification. 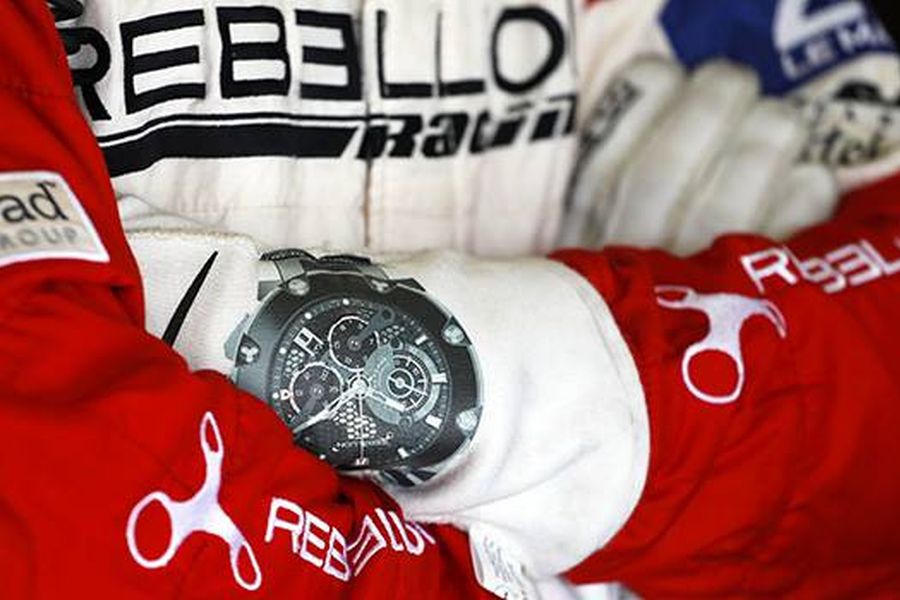 Rebellion is an exclusive brand of Swiss watches

Rebellion Racing team was founded in 2010

In 2010, the Rebellion Racing was officially founded. This team was named after the famous Swiss manufacturer of exclusive watches. The team continued to compete in the Le Mans Series, running two Lola B10/60 LMP1 prototypes, powered by Judd 5.5L V10 engines.

After five races and one podium for each car, the #12 crew finished third in the LMP1 classification, with #13 crew being two places behind. The drivers in the #12 were Neel Jani and Nicolas Prost. The drivers in another car were Andrea Belicchi, Jean-Christophe Boullion and Guy Smith. At 24h Le Mans, Jani and Prost were joined by Marco Andretti, but both cars didn’t finish the race.

Running with Toyota engines from 2011 onwards

For the 2011 season, Rebellion Racing and Toyota Motorsport made a deal. The Swiss team was running its cars with Toyota 3.4L V8 engines. Belicchi and Boullion scored two podiums, helping the team to take the’ title in the 2011 Le Mans Series.

The same year, the #12 was running in the Intercontinental Le Mans Cup, with Jani and Prost as regular drivers. They were joined by Jeroen Bleekemolen at Sebring 12h and Le Mans 24h. They finished third in the ILMC LMP1 classification, behind two factory teams of Peugeot and Audi. 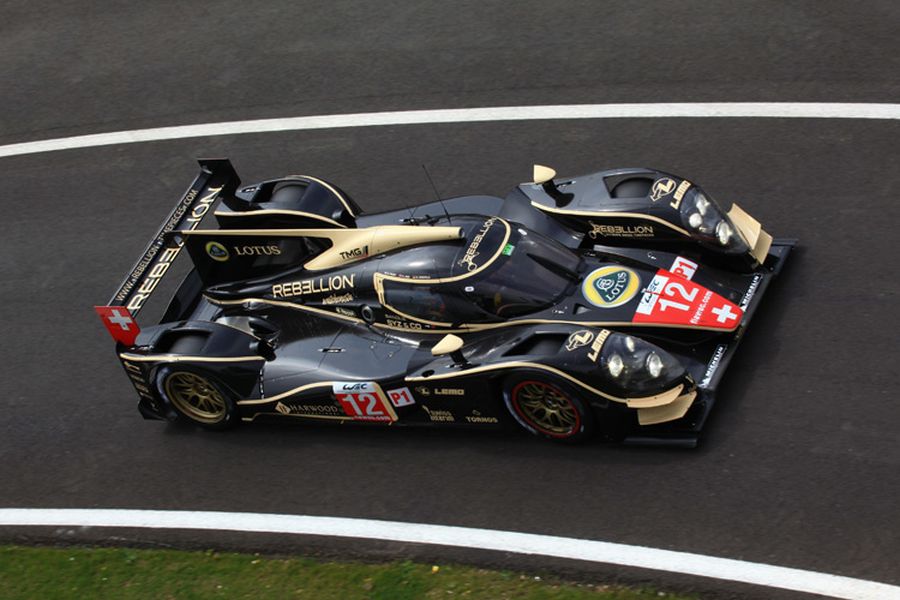 In 2012, the FIA World Endurance Championship was revived and Rebellion Racing entered the competition in the premium LMP1 class, against factory teams of Audi, Toyota and a few private teams (Strakka Racing, JRM, OAK Racing, Pescarolo). Neel Jani and Nicolas Prost remained in the #12 car, joined by Nick Heidfeld in three rounds. Andrea Belicchi and Harold Primat were driving the #13 Lola, joined by Jeroen Bleemolen in two rounds and by Frankie Cheng in the season-closing race at Shanghai International Circuit.

The team scored the fourth place overall at Le Mans 24h with #12 car and was the best private team in six races. Rebellion Racing has won the FIA Endurance Trophy for privateers.

Outside FIA WEC, Rebellion Racing had a one-off appearance in the 2012 American Le Mans Series, at Petit Le Mans race at Road Atlanta circuit in October. Since Audi factory team didn’t compete there, Rebellion Racing entered the race with a plan to score an overall victory.

And they did it. Neel Jani, Nicolas Prost and Andrea Belicchi fought against Muscle Milk Pickett Racing’s car early in the race, but after the rival car crashed out, the #12 Lola dominantly took the win. 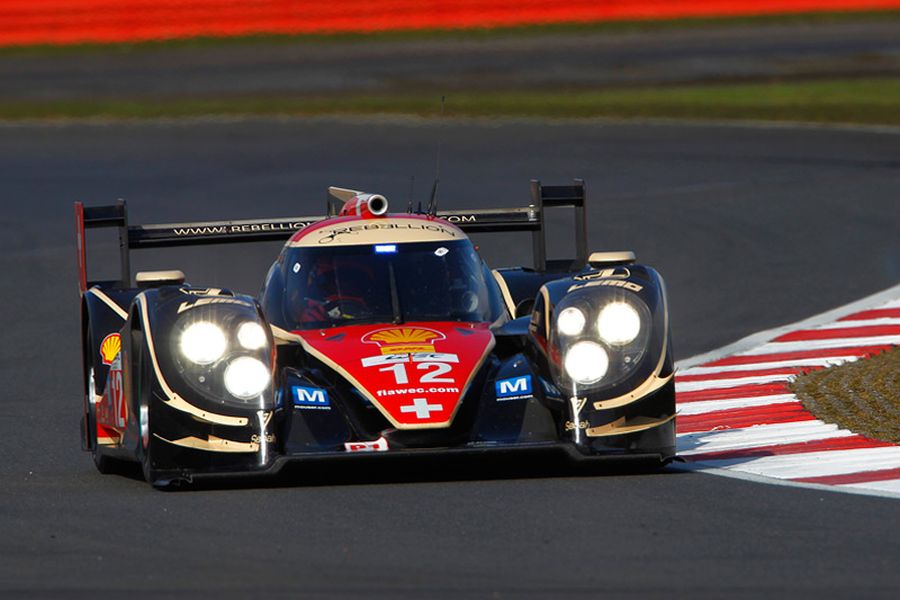 2013 was the last season for Rebellion’s Lola-Toyota

In the 2013 FIA WEC season, Rebellion Racing had no proper rivals in the LMP1 class for privateers, as only Strakka Racing fielded up one car for three races. Logically, the Swiss team took its second FIA Endurance Trophy. In the FIA WEC overall results, Mathias Beche and Nicolas Prost finished fifth in the classification. Other team’s drivers were Nick Heidfeld, Neel Jani, Andrea Belicchi and Franky Cheng.

In 2013, Rebellion Racing intended to compete full season in the American Le Mans Series, but left the competition in the mid-season, after three races. The team returned only to score one more victory at the season-closing Petit Le Mans race. In the first three races, Neel Jani and Nick Heidfeld scored three podiums (Sebring, Long Beach, Laguna Seca). At Sebring 12h and at Petit Le Mans, their co-driver was Nicolas Prost. 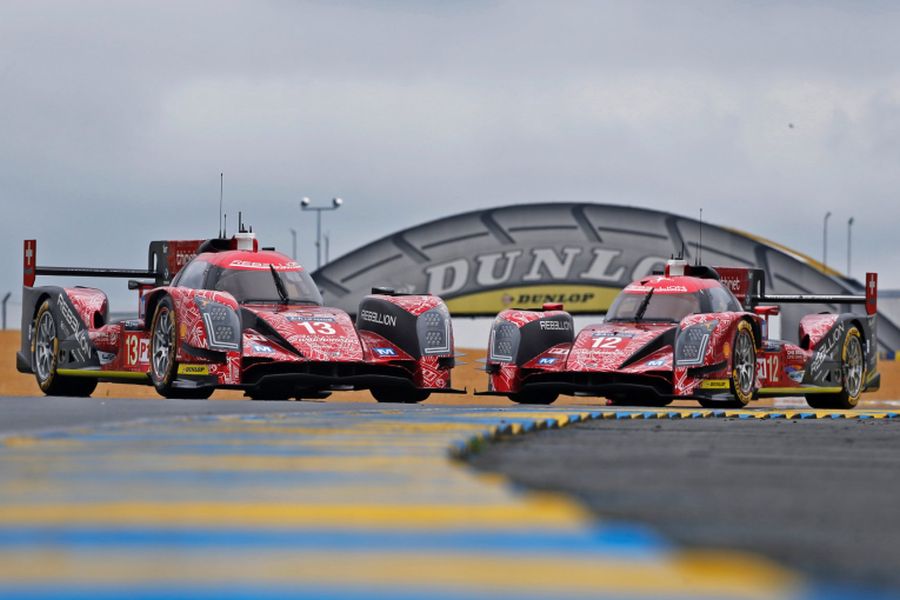 The Rebellion R-One debuted in 2014

The milestone change followed in 2014 when Rebellion Racing entered into a partnership with Oreca to built its own car, the Rebellion R-One, while still using Toyota engines. The car debuted in the second round of the 2014 World Endurance Championship, at Spa.

In 2014, the LMP1 class was divided  into LMP1-H for factory-entered hybrid prototypes and LMP1-L for private teams with non-hybrid cars. Rebellion Racing again had only one rival team, the Lotus with CLM P1/01-AER prototype, so it wasn’t a problem to capture one more FIA Endurance Trophy.

In the overall standings, Mathias Beche, Nicolas Prost and Nick Heidfeld finished 10th in the points. Their best result was the fourth place at 24h Le Mans in the #12 car. The #13 had a new crew: Andrea Belicchi, Dominik Kraihamer and Fabio Leimer. 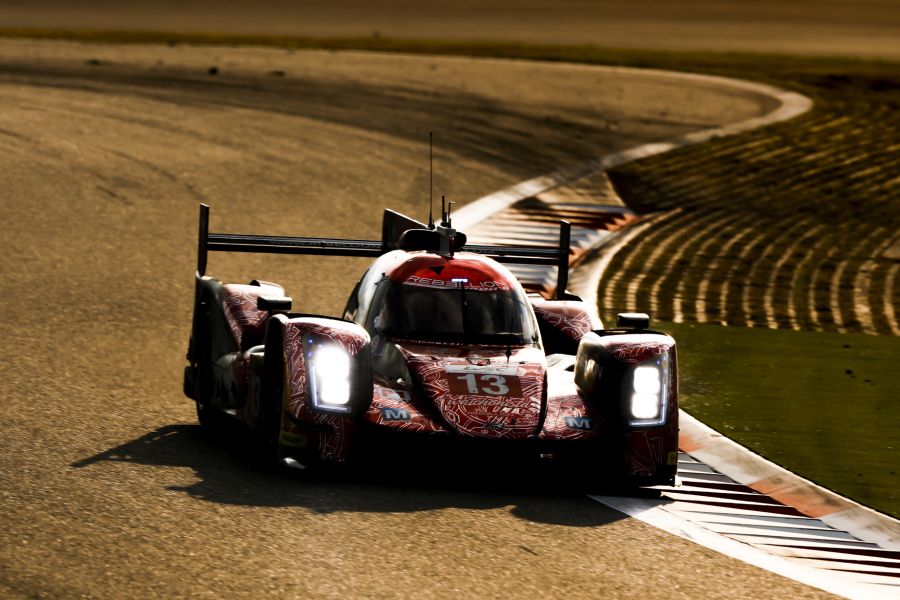 In 2015, Rebellion R-One gets AER engines

A new engine for R-One prototypes

In 2015, the LMP1-H and LMP1-L categories were merged once more into a single LMP1 category, allowing the privateer teams to again face the manufacturer teams. Rebellion Racing was again one of two private teams. The other was Team ByKolles, which ran CLM P1/01 prototype with AER 2.4L Turbo V6 engine. It was also a new engine in the Rebellion R-One car, as a replacement for old naturally-aspirated Toyota’s powerplant.

Rebellion Racing won the battle of two private teams with the same engines, taking the FIA Endurance Trophy. The crew in the #12 car remained the same (Beche, Prost, Heidfeld) while the #13 was driven by Dominik Kraihamer and three new drivers: Alexandre Imperatori, Daniel Abt and Matheo Tuscher. The team’s best overall result was the seventh place at Fuji and Shanghai. 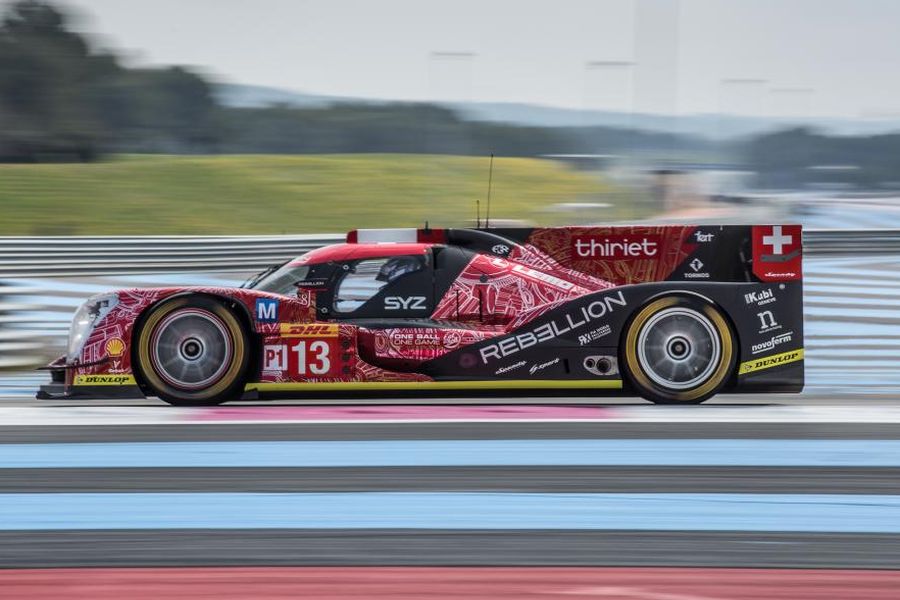 They scored sensational two overall podiums, finishing third at Silverstone and Spa. The car #12 was pulled out from the competition after four races and sent to a museum. At the end of the season, the #13 car also went to a museum. The team announced a switch to the LMP2 category for the 2017 FIA WEC season.