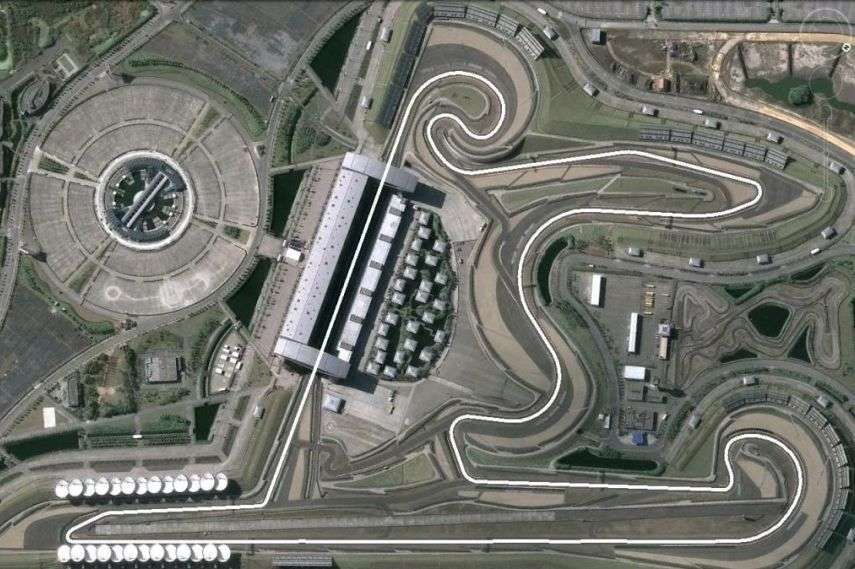 The idea of the Chinese Grand Prix was born in the early 1990s, so the Chinese government decided to build a permanent circuit in Zhuhai in the Guangdong Province. Zhuhai International Circuit was opened in 1996 and it was added to the 1999 Formula One calendar. The track failed to meet FIA standards and Formula One never came to Zhuhai.

The Chinese government didn’t give up and they ordered the construction of a completely new circuit in Shanghai. Famous architect Hermann Tilke designed the facility and an ultra-modern circuit was built with a 5.451-km long track. Constructors started their work in May 2003 and everything was finished in 18 months. When completed in 2004, it was the most expensive Formula One circuit facility, costing about $450 million. A few years later, Abu Dhabi’s Yas Marina Circuit became the most expensive one. 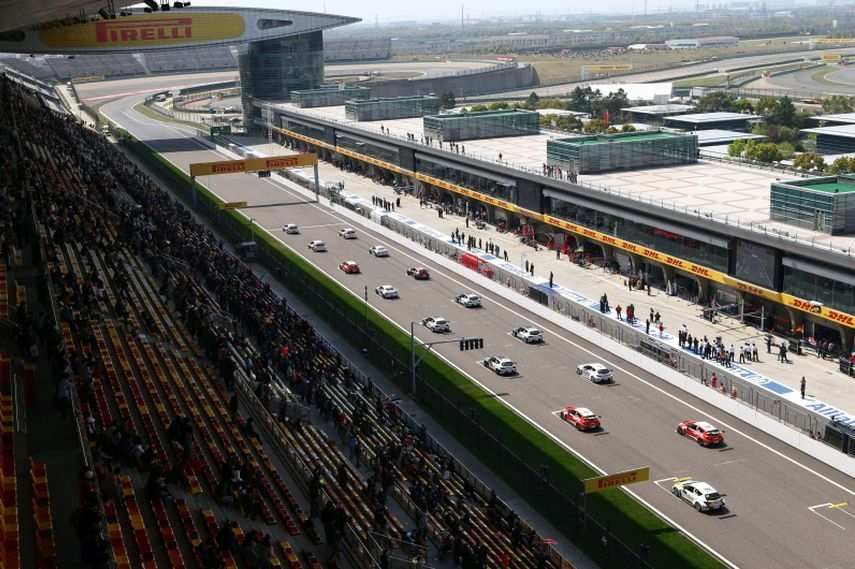 China holds one of the longest straights in Formula 1

Tilke-designed 15-turn track layout was inspired by the Chinese character shang (上), the first character in the name of the city Shanghai. The whole circuit, plus seating areas and other areas for spectators, covers a total area of 5.3 km². Track features a very long back straight (1170m) between turns 13 and 14, followed by a hairpin turn. Formula One cars can reach almost 330 km/h on that straight, which is one of the longest ever in Formula One.

Outstanding design of the circuit grandstands

The circuit is also recognizable by modern buildings and grandstands at the start-finish straight. The vast complex is dominated by the main grandstand and pit complex, which featured wing-like viewing platforms crossing the circuit at either end. The main grandstand can hold 30,000 spectators, and the total capacity of the circuit is 200,000. Paddock facilities were also unique – each of the F1 teams had its own building, arranged like pavilions in a lake to resemble the ancient Yuyuan-Garden in Shanghai. 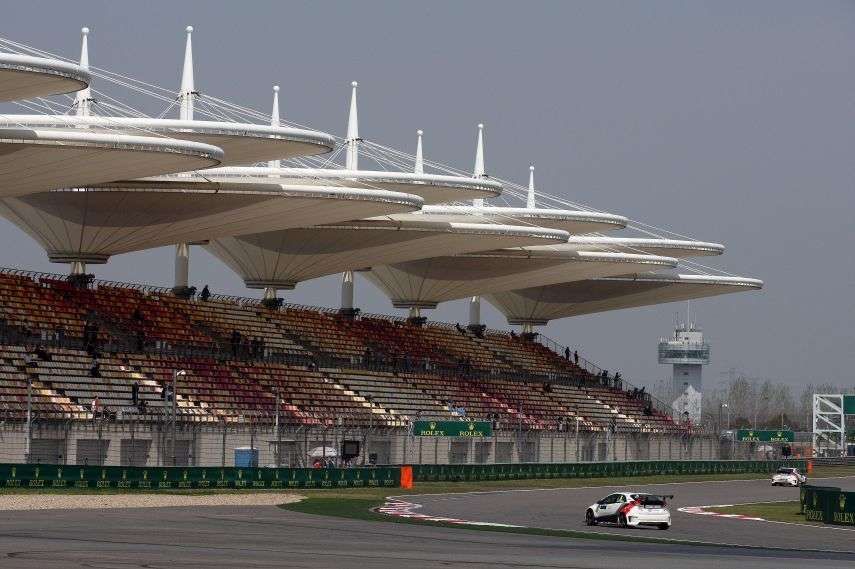 Attractive grandstands at the 1170m long back straight

Before construction started, it was announced that the management of Shanghai International Circuit had signed a 7-year contract with the Formula One management to host Formula One races, starting from the 2004 season. Historical first Chinese Grand Prix was held on September 26th, 2004. The race attracted 260,000 spectators.

It was the sixteenth race (of eighteen) of the 2004 Formula One season. The 56-lap race was won by Ferrari’s Rubens Barrichello, from a pole position start. Jenson Button finished second for the BAR team, with Kimi Räikkönen third in a McLaren.

The reigning champion and championship leader Michael Schumacher started from the pitlane after he spun in the qualifying, and finished the race at 12th place. Although his result was forgetful, Schumacher set the fastest lap time of 1m32.238s, which remained the best lap until today. 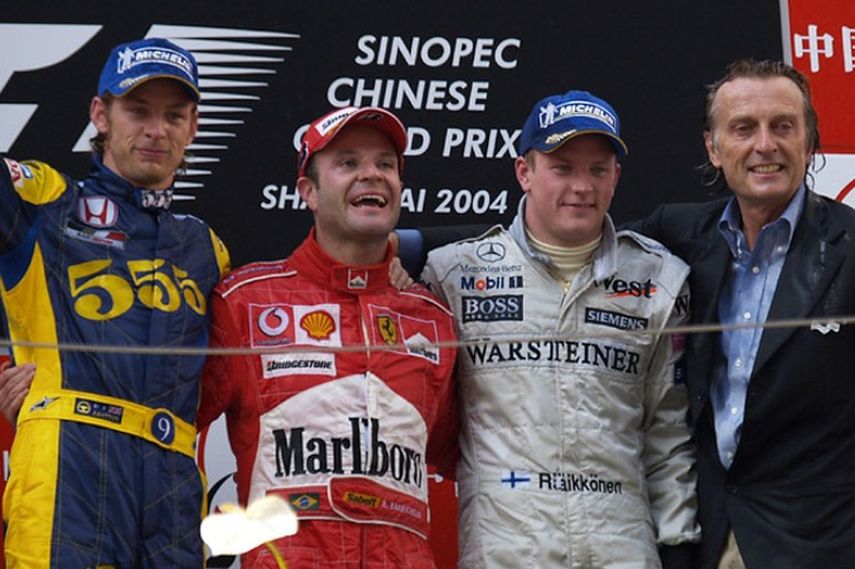 Rubens Barichello won the first ever Chinese Grand Prix in 2004

Even more spectators (270,000) attended the race next year. The 2005 Chinese Grand Prix was the last race of the season. Renault’s driver Fernando Alonso had already secured his first F1 world title, but the race was decisive for the Constructors’ championship. Alonso started from pole and won the race, McLaren’s Kimi Raikkonen was second and Toyota’s Ralf Schumacher was third. Another Renault driver Giancarlo Fisichella was fourth and the French manufacturer took the title. 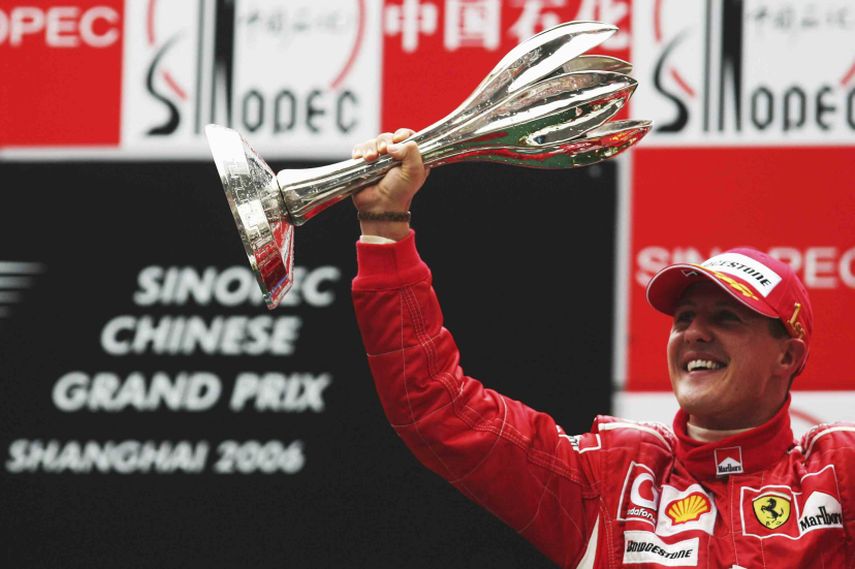 Immediately after the 2010 race, Bernie Ecclestone announced that Shanghai will be in the Formula One calendar in the future. The deal was officially finished in February 2011 between F1 and the organizers. Reasons for the delay appears to have been over the fee which the organizer had to pay. Only after F1 reduced the fee was the new agreement made for Shanghai to host Formula One races until 2017.

In 2011, Lewis Hamilton scored his second win in China and third for McLaren. He triumphed two more times in 2014 and 2015, driving for Mercedes. Another Mercedes driver Nico Rosberg won in 2012, whilst Ferrari’s Fernando Alonso achieved his second China victory and fourth for Ferrari in 2013. Rosberg repeated a victory in 2016. 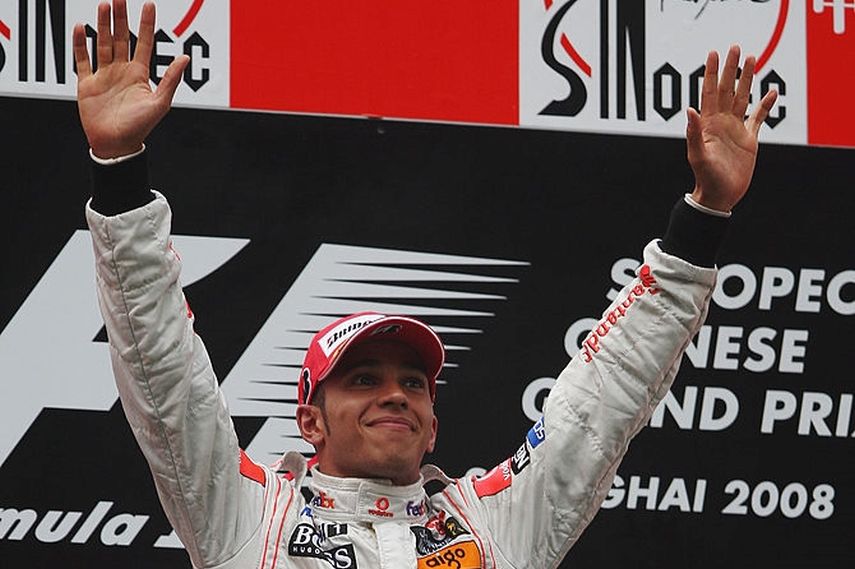 WEC and WTCC at Shanghai since 2012

WEC drivers had inaugural 6 hours of Shanghai race in 2012, when Toyota’s Alexander Wurz and Nicolas Lapierre took the win. In the following years winners were: Andre Lotterer, Benoit Treluyer and Marcel Fassler for Audi (2013), Anthony Davidson and Sebastien Buemi for Toyota (2014), Mark Webber, Timo Bernhard and Brendon Hartley for Porsche (2015). Webber, Bernhard and Hartley scored one more win in 2016.

Record lap time of LMP1 prototypes was about 14 seconds slower compared to Formula One cars. Record holder is Andre Lotterer with Audi R18 e-tron quattro, who drove a lap in 1m46.685s.

The World Touring Car Championship attended Shanghai every year since 2012. They had two races in every event, so eight races were held at shortened Shangai’s track, which was 4.603-km long. Eight different drivers won in ten races, and the only one who repeated a victory was Citroen’s driver Jose Maria Lopez by winning in 2014, 2015 and 2016. He also holds the record lap time of 1m48.782s. 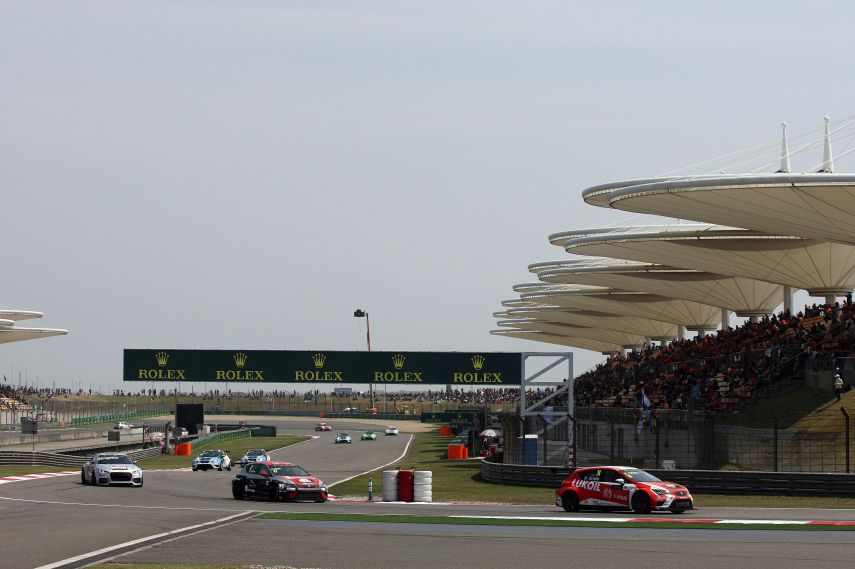 Popular among many racing competitions

Australian V8 Supercars Championship had one three-race event at Shanghai during the 2005 season. Todd Kelly was a double winner, Mark Skaife has won one race. In April 2007, Shanghai hosted the penultimate round of 2006/2007 A1 Grand Prix series. From 2005 to 2008, Moto GP championship also raced at Shanghai International Circuit, with two victories of Valentino Rossi and one win each for Dani Pedrosa and Casey Stoner.