The Bend Motorsport Park was opened in the early 2018 and it immediately became a venue of some major Australian competitions, such is the Supercars Championship (The Bend SuperSprint) or the Australian GT Championship (86-lap endurance race).

All motoring disciplines through the one gate

Developed and primarily funded by the Peregrine Corporation, South Australia’s largest private company, a construction of The Bend started in the early 2016 and the main circuit has been completed on time to host the round of the Australian GT Championship in April 2018. Other circuits would be opened throughout 2018 or in 2019.

When finished, The Bend Motorsport Park will accommodate all motoring disciplines ‘through the one gate’. 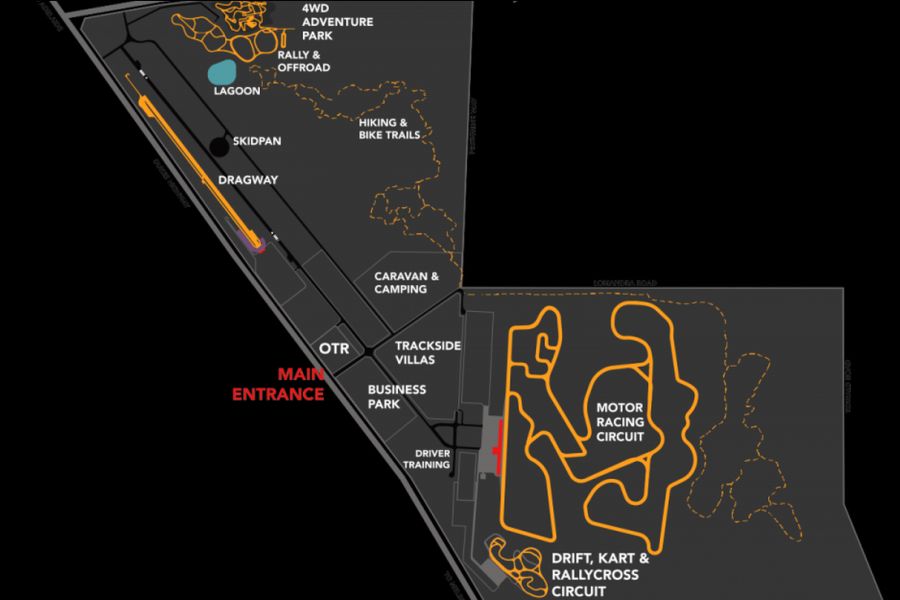 Inspired by some of the world’s most iconic race circuits, The Bend’s 7.7 km long circuit is Australia’s only circuit to comply with the latest FIA Grade 2 and FIM Category A standards. It is the second-longest permanent circuit in the world, after the Nurburgring Nordschleife.

At 7.77 kilometers in its maximum configuration, named the GT Circuit, The Bend combines technical corners, fast flowing sections and an aggregate rise and fall of 85 meters. The unique track design is offering eight circuit configurations, including International Circuit (4.9 km), West Circuit (3.4 km) or East Circuit (3.9 km) and other subvariations. 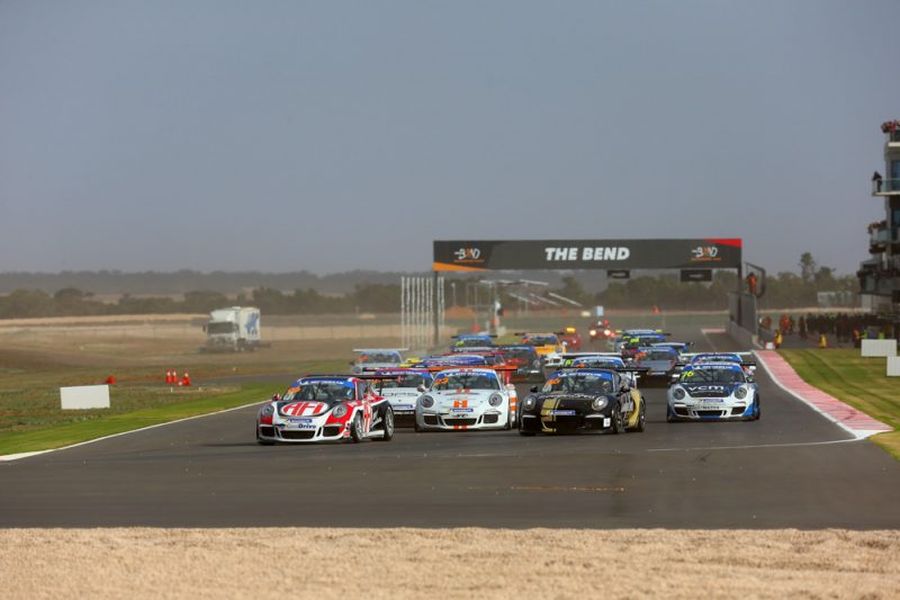 There is a place for all who love motorsport

The Bend’s drift, kart and rallycross circuit is a multi-purpose facility, being built specifically for these three main disciplines. The surrounding viewing mounds provide a colosseum-like atmosphere. The quarter-mile Dragway, designed in consultation with the Australian National Drag Racing Association (ANDRA) to meet Group 1 drag racing standards will allow for all forms of drag racing, including 9000hp, 530km/h Top Fuel monsters.

The Bend Rally &ampOff-Road precinct will offer multiple configurations for rallying and buggy racing. The 80 hectares of challenging terrain, including rock and log obstacles, various inclines and descents, water and mud courses will allow drivers to challenge themselves and their vehicle in a safe environment within the 4WD Adventure Park.

For the ultimate experience, The Rydges Pit Lane Hotel is uniquely positioned right on the racing circuit, featuring 100 rooms of varying configurations. Guests will also have the option to use the caravan and camping grounds. 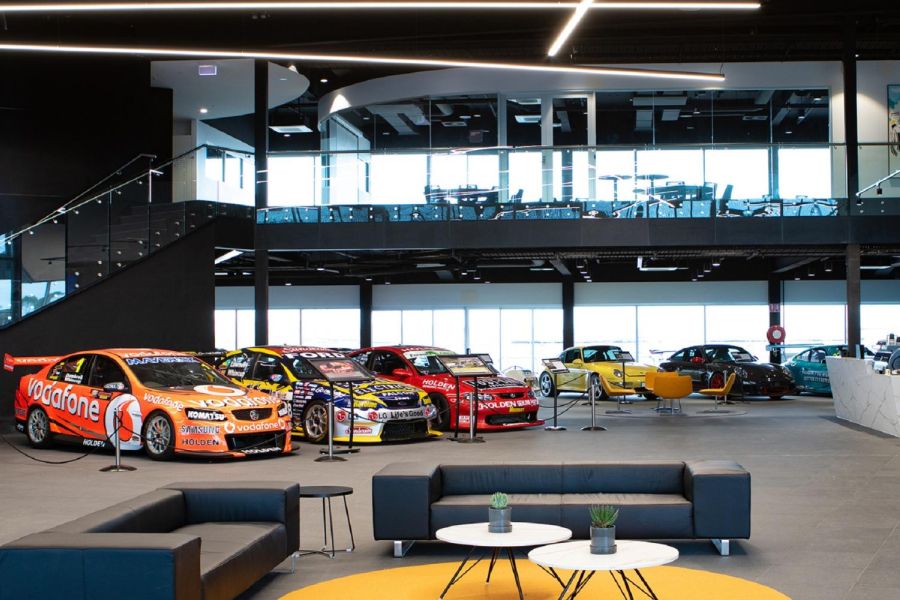 The interior of the Rydges Pit Lane hotel