Williams FW07D - Project That Did Not Get Its Chance

The Williams FW07D is a 6-wheeled prototype car which never turned a single lap in the Formula 1 World Championship. Unlike Tyrrell P34 which had four small front wheels, the FW07D had four driven rear wheels of the same size as the front wheels.

Old chassis was used for the new concept

Williams won the Constructors’ Championship in 1981 and 1982 Drivers’ Championship with the FW07C but at the same time team began to work on the new car. Based on the ground effect FW07 chassis from 1979, the new car had an extra axle behind the driver instead of in front. The idea was reducing the frontal area and to compensate the lack of power produced by Cosworth DFV engine that started to lose the battle against the turbocharged engines of other manufacturers. 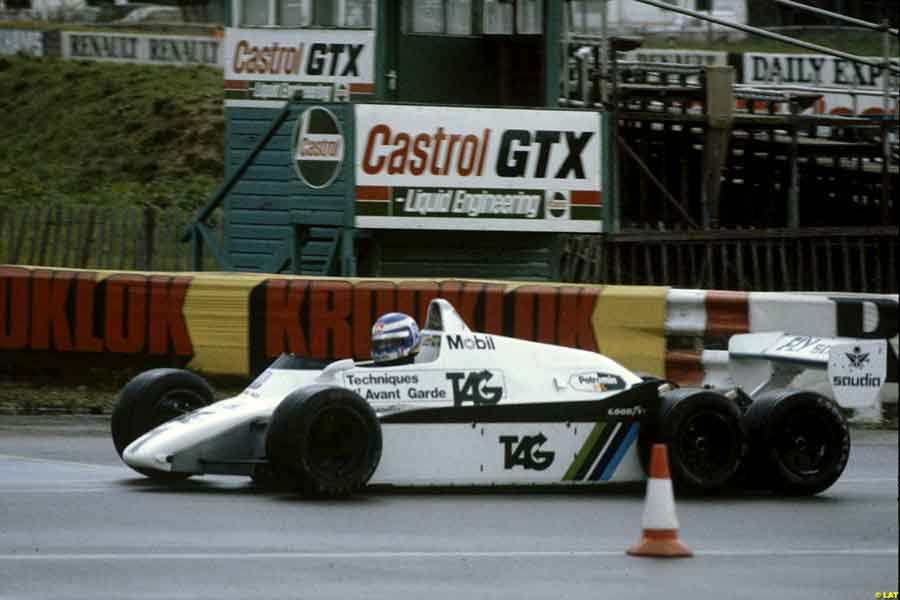 Free interpretation of the rules

Williams team knew that they were a step or two behind other teams. Team boss Patrick Head and his team decided to try out a six-wheel design. The team interpreted F1 ground-effect rules on its own way. As ground effects were permitted within the wheelbase of the car, Head cunningly interpreted this rule as being from front axle to the most rearward axle. In Head’s mind, these would be ground effects almost to perfection. Basically, to get more ground effects within the wheelbase, Head stuck an extra axle on the back to get more room. 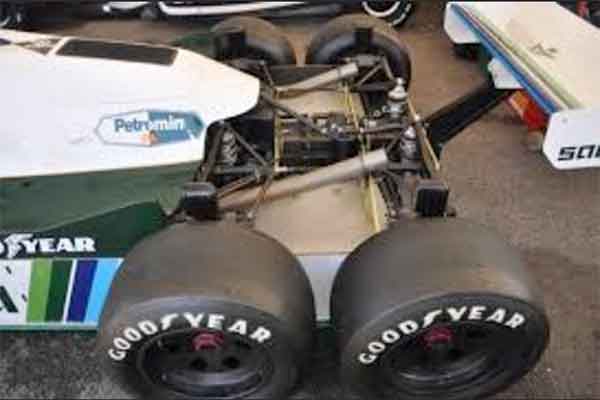 The car was heavy but impressive on the track

The FW07D was a complex and really heavy car but on the track it looked convincing. Car’s traction out of slow corners was fantastic. During the winter tests the well-balanced Williams FW07D set numerous track records. Test driver Jonathan Palmer later told that he couldn’t really tell that there were four wheels at the back. 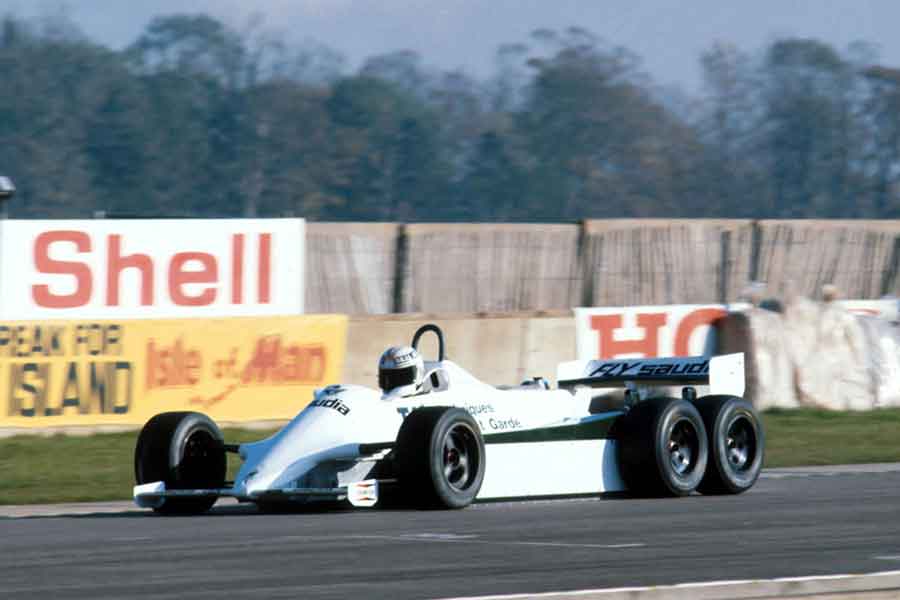 With the FW07D proving the concept, its unique design was incorporated into the six-wheeled Williams FW08B, another car that never raced. The car was tested in November 1982 at Donington Park, England with Alan Jones behind the wheel. Test results were stunning and the team looked forward of hitting the tracks. Sadly, not for a long time.

Patrick Head later reported that someone in the Formula One Constructors Association said it would drive up costs and cause chaos during pit stops in the races. Soon after, the FIA regulations were changed and the car could only have four wheels, of which only two could be driven. Interestingly, Williams hasn’t complained too much after Keke Rosberg scored his first and only win before becoming the 1982 Formula 1 champion, in one of the strangest seasons in the history of the Formula 1 Championship. 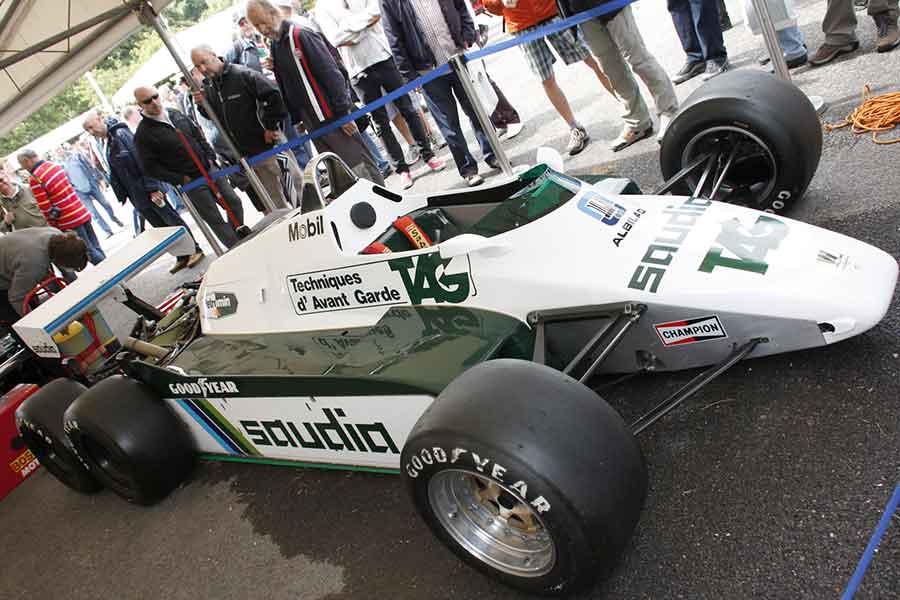