Racing Wasn't Always Pleasant Between the Dunes of Zandvoort Circuit

The Netherlands had, and still has, many good and famous drivers and their development couldn’t be possible with a lack of proper facilities. Circuit Zandvoort Circuit, also known as Circuit Park Zandvoort until 2017, is definitely a top facility in the Netherlands and could be described as the home of motorsports.

The track has a long history and once was one of the unavoidable venues in the Formula 1 Grand Prix calendar, hosting 30 F1 Championship races between 1952 and 1985. The Dutch Grand Prix as the F1 Championship event is returning to Zandvoort in 2020. 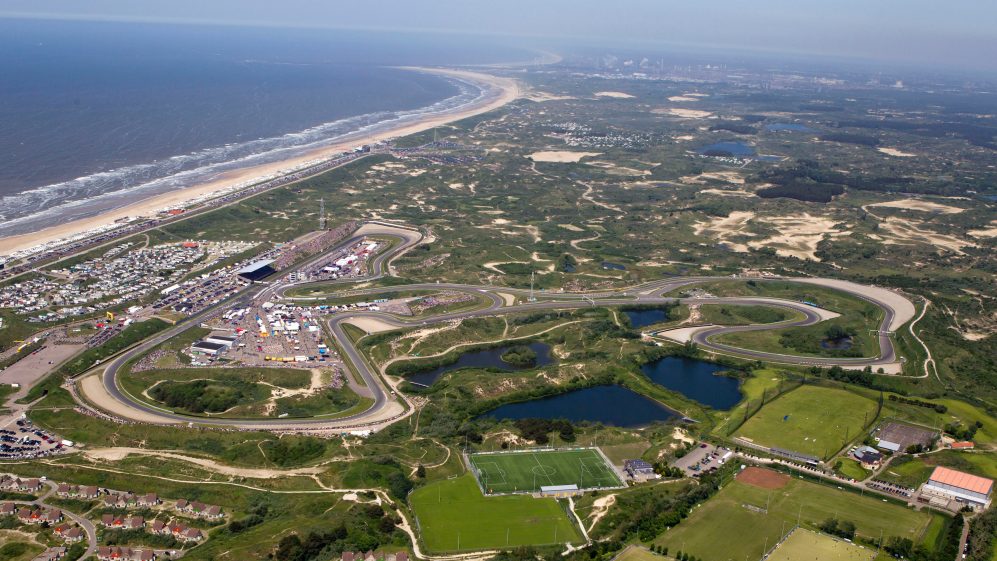 Using German roads as the base for the circuit

Located near the North sea shore, in the sand dunes near the city of Zandvoort, which is one of the major beach resorts in the Netherlands, this circuit was opened in 1948.

The plans for the racing venue existed even before World War II when the first race was held, but the track was made in post-war years. Interestingly, it was did with a help of the German occupiers. In fact, roads built by the German army were used for the track and their layout dictated how the circuit will look like. 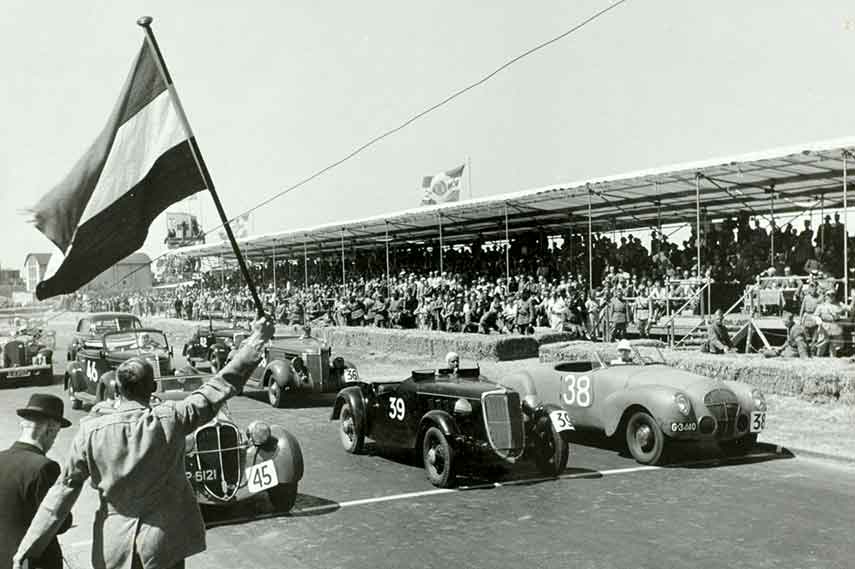 The original circuit, twisty but still relatively fast, was 4.252 km long with 19 turns and was used until 1989. The first Grand Prix race was held in 1948, but not as a part of the Formula 1 championship. Inaugural F1 Grand Prix was held in 1952 and became a regular in the F1 calendar until 1985, with several exceptions.

The safety was always an issue at Zandvoort

Through the decades, track required major improvements and modifications but there were no major modifications made except for the raise of barriers around the perimeter in 1972 and creation of the new pit wall four years before. With the cars’ speed constantly increasing, a safety became an issue after a number of fatal accidents at Zandvoort circuit. 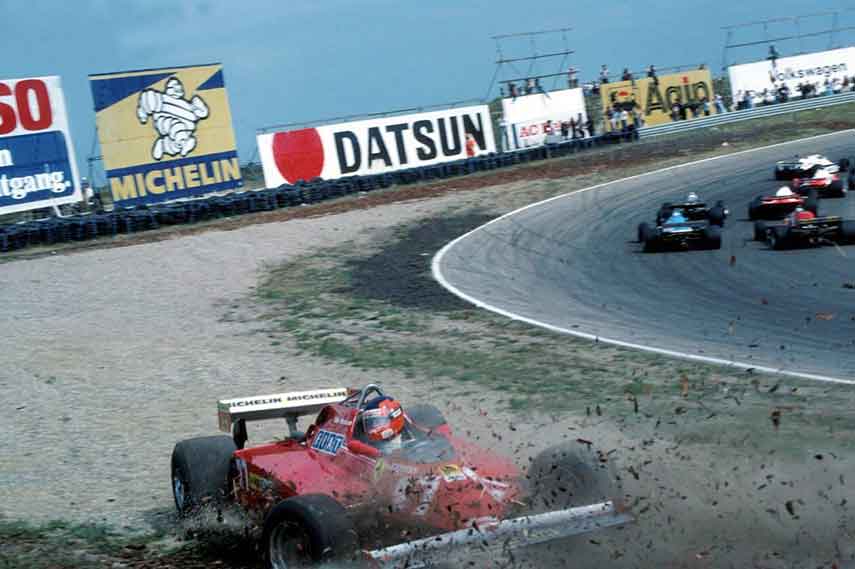 One of those who were killed in the accidents at Zandvoort circuit was the British Formula 1 driver Piers Courage, in 1970. For that reason, a number of changes were made.

Locals against the racing

In the early 1980s, Zandvoort circuit became a real community problem. Local citizens were complaining about huge costs of the venue owned by the municipality and they protested about the noise from the circuit on racing days. After the huge protests in 1982, the ruling party lost the local elections heavily and circuit’s future was in doubt. Finally, due to growing financial losses, part of the circuit, closest to the town, was sold with the intention of building a holiday resort. 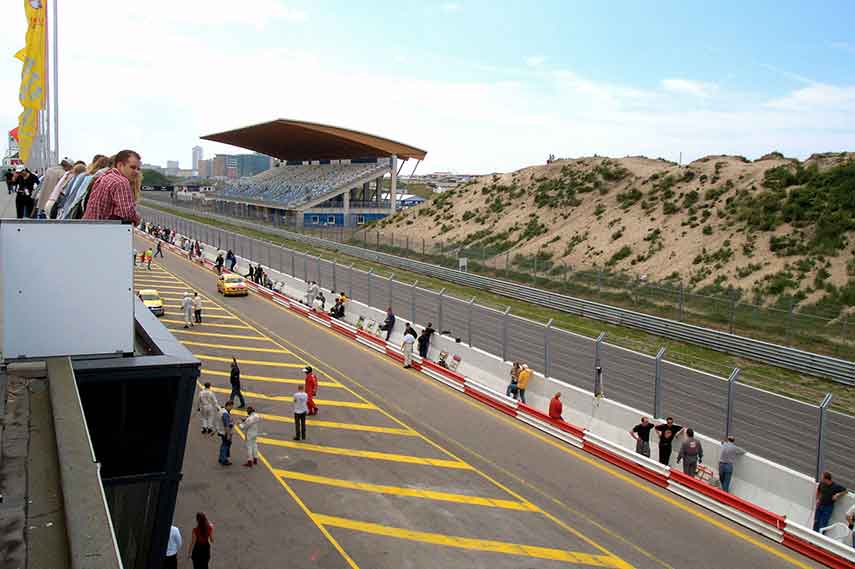 Transformation of Zandvoort Circuit into a modern and popular venue

At the same time, plans for the development of the remaining part of the track were approved. With forming of a new operating company, conditions for the reconstruction have been met and works started soon. In the summer of 1989, Circuit Park Zandvoort was opened for racing, despite of the fact that the construction was not complete. It was only 2.6 km long but still good enough to attract and organize various international motorsports events to race in the dunes. The financial situation improved and the plans for further development were approved. 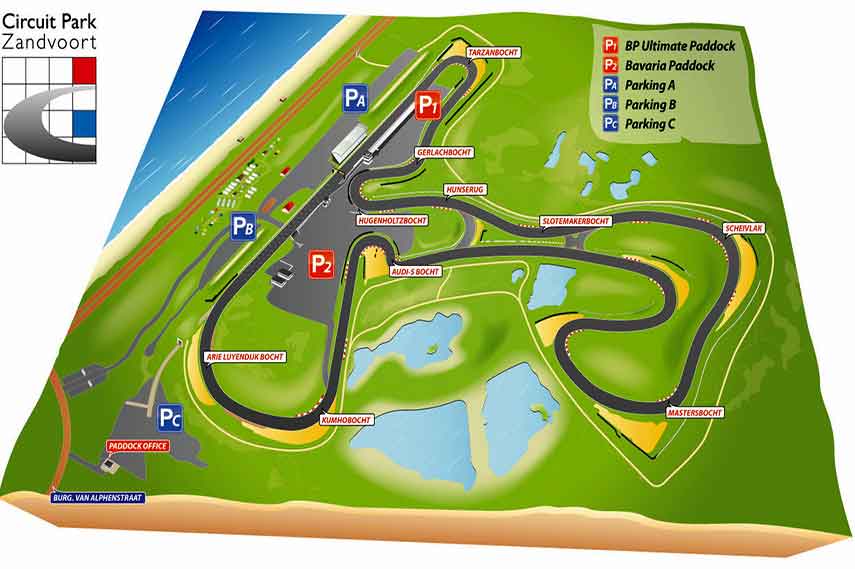 In 1995, the construction of the Grand Prix circuit begun with a support from the Dutch government. New pit buildings were built, as well the new grandstand and after the new track layout was finished, Zandvoort became a 4.307 km long track with an interesting layout and with 13 turns, some of them being very demanding.

Since then, Zandvoort circuit attracts many events and they are regularly well visited. For example, up to 120.000 spectators arrived for the races of the A1 GP series, DTM or Blancpain GT Series. Zandvoort Circuit also hosts other sports events like cycling and athletics.

The groundbraking news came in May 2019 when it was announced that Formula 1 will return to Zandvoort in 2020. The three-year deal has been agreed for the Dutch Grand Prix. 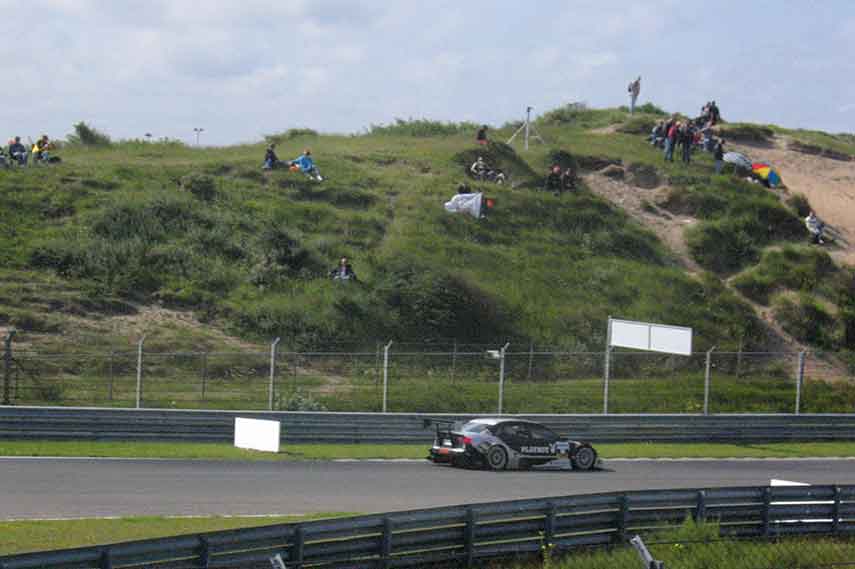 Various cars and competitions could be seen at Circuit Park Zandvoort