Mattias Ekström and his team EKS RX are the 2016 FIA World Rallycross champions. The third season of the World RX Championship fulfilled the expectations, being the most competitive and the most dramatic since the inauguration of the championship back in 2014. 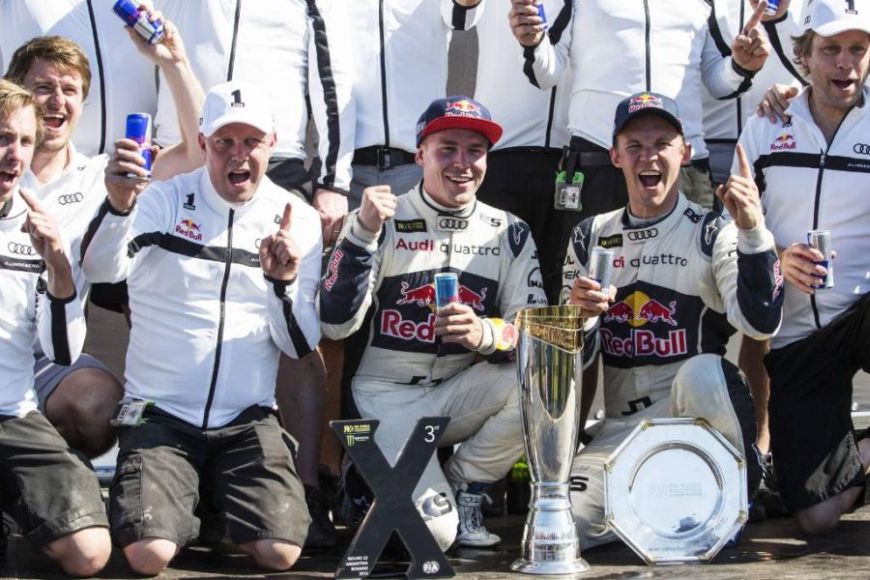 “I’m really proud as a team boss and driver. It’s something really special to make both championships in one year. That trophy today means a huge amount to the team and me. It shows that we all did an excellent job, and not just this year. When we started EKS three years ago, there was nothing at all. Now we are driver and team World Champions and I’ll remember a great many moments forever. I want to give a big hand to Topi as well. He did a really good job and I’m happy about his podium finish today,” Mattias Ekström said after the last race, in which his teammate Toomas Heikkinen scored his third podium of the season.

Andreas Bakkerud was the winner of the last round in Argentina. It was his third wins of the season. Only Ekstrom collected more wins (four) in 2016. Seven drivers reached the top podium spot during 2016. Ekström and Bakkerud were the only multiple winners, the others were Johan Kristoffersson, Petter Solberg, Sebastien Loeb, Timmy Hansen and Kevin Eriksson. 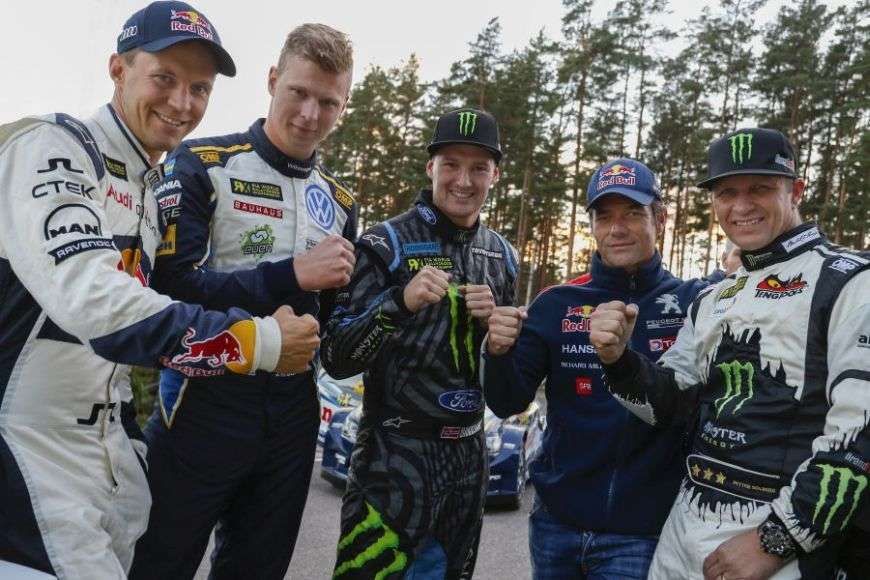 The reigning double world champion Petter Solberg started a season with a victory in rainy Portugal. It remained his only triumph, he later scored three more podiums. Mattias Ekstrom showed his championship appetite with three consecutive wins at Hockenheim, Mettet and Lydden Hill. In June, at the Norwegian round at Lankebanen (Hell), Andreas Bakkerud performed the first ever clean sweep in the World Rallycross Championship, winning all four qualifying heats, semifinal and final.

Ekstrom’s fourth victory came in the 9th round in Barcelona. His main championship rival Petter Solberg, who came to Spain with a five-point advantage, didn’t reach the finals and dropped to second place in the championship standings, ten points behind Ekstrom. 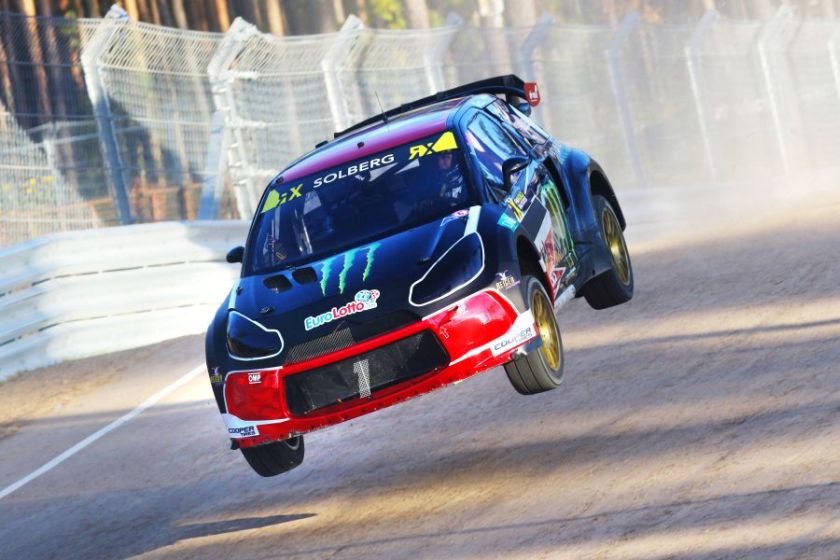 The season ended disappointingly for Solberg

Latvian disaster for Solberg and maiden win for Loeb

The catastrophe for Solberg followed in Latvia, in the inaugural World RX event in that country. He was disqualified in Q2 because of pushing Ekstrom. It ruined his chances to enter Semifinals and he finished 19th in the classification. Ekstrom finished second and made a significant step on the way to world’s top.

The winner in Latvia was Sebastien Loeb. For the nine-time world rally champion, it was the maiden World RX victory after he joined Team Peugeot-Hansen at the start of the season. Prior to that win, he reached three podiums. At the end of the season, Loeb finished fifth in the points, the best among Peugeot 208 WRX drivers. 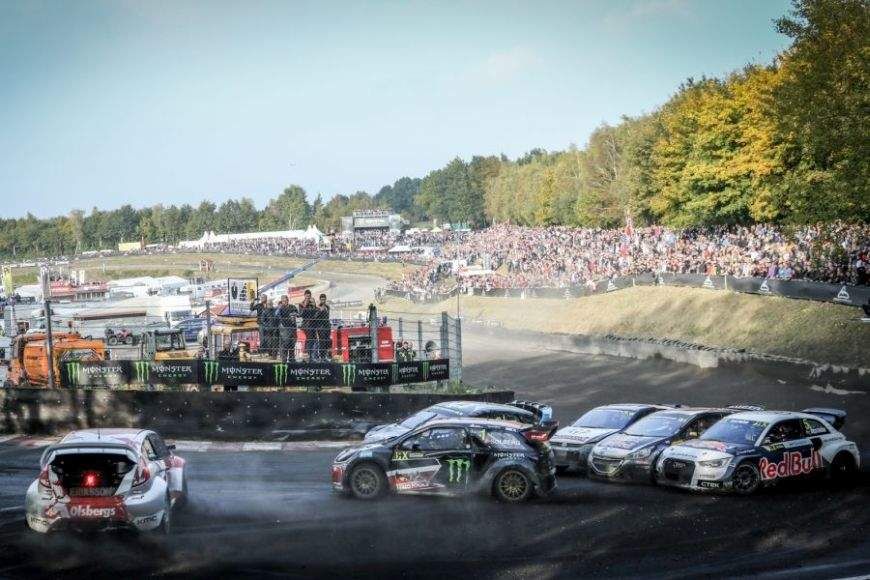 The best move of the season – Kevin Eriksson at Estering

Kevin Eriksson’s move of the season

One more driver scored his maiden WRX win in 2016 and he made in on the most impressive way, earning an award for the best move of the season. It was the 20-year-old Kevin Eriksson (Olsbergs MSE), who won at Estering. In the final race, he jumped from the second starting row into the lead with an amazing slide through the first turn. 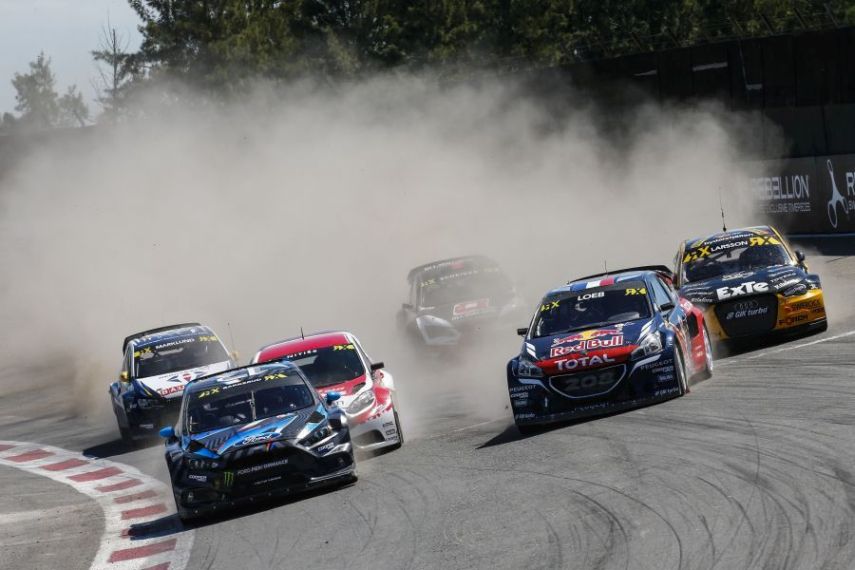 Seventeen drivers took part in the full season, with notable guest appearances in the selected events during the year. The 18-year-old Kevin Hansen, who dominantly won the Euro RX title with Peugeot 208, participated in five WRX rounds, showing performances on the world’s top level.

DTM legend Timo Scheider, who retired from circuit racing at the end of 2016, took part in three rounds with Münnich’s Seat, almost scoring the podium in Argentina, where he was fourth. A former WRC star Francois Duval participated in the Belgian round, finishing fifth. Another rally legend Gigi Galli participated in the Latvian and German rounds with Kia Rio RX, but he wasn’t competitive enough.

2017 calendar: South Africa instead of Argentina

The Latvian round was the only new event on the calendar, compared with previous seasons. The Italian and Turkish rounds were dropped out, so the 2016 calendar was shortened from 13 to 12 events. For the 2017 season, the provisional calendar is already released. Eleven rounds are again on the list, only Argentina is replaced with South Africa. The season-closing round will take place at Cape Town’s Killarney Motor Racing Complex.